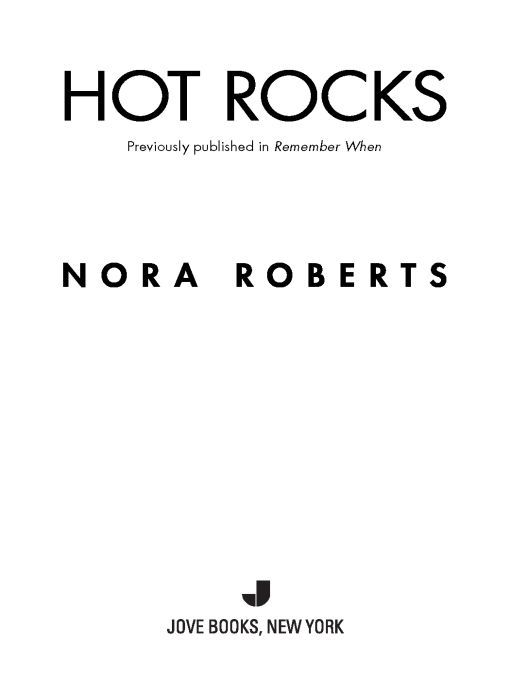 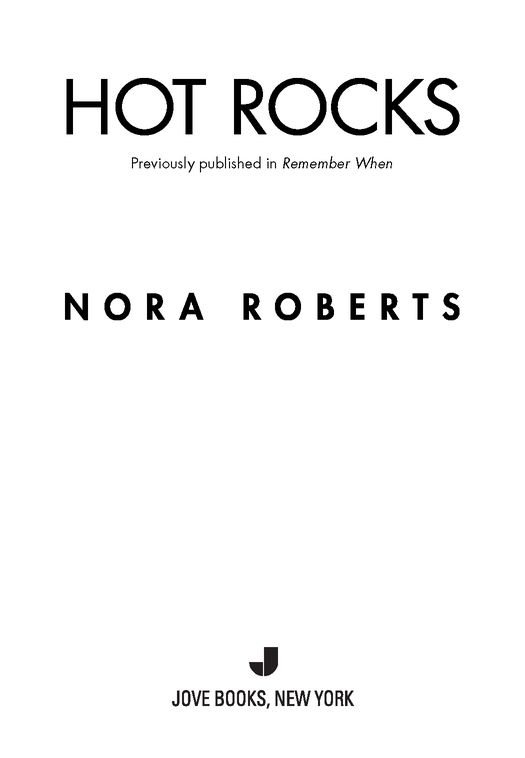 To Mary Kay McComas,
who sort of plays a musical instrument,
but who is the best of pals
Covetous of others’ possessions, he was prodigal of his own.
SALLUST
Who in the world am I?
Ah, that’s the great puzzle!
LEWIS CARROLL
CHAPTER 1
A heroic belch of thunder followed the strange little
man into the shop. He glanced around apologetically, as if the rude noise were his responsibility rather than nature’s, and fumbled a package under his arm so he could close a black-and-white-striped umbrella.
Both umbrella and man dripped, somewhat mournfully, onto the neat square of mat just inside the door while the cold spring rain battered the streets and sidewalks on the other side. He stood where he was, as if not entirely sure of his welcome.
Laine turned her head and sent him a smile that held only warmth and easy invitation. It was a look her friends would have called her polite shopkeeper’s smile.
Well, damnit, she
was
a polite shopkeeper—and at the moment that label was being sorely tested.
If she’d known the rain would bring customers into the store instead of keeping them away, she wouldn’t have given Jenny the day off. Not that she minded business. A woman didn’t open a store if she didn’t want customers, whatever the weather. And a woman didn’t open one in Small Town, U.S.A., unless she understood she’d spend as much time chatting, listening and refereeing debates as she would ringing up sales.
And that was fine, Laine thought, that was good. But if Jenny had been at work instead of spending the day painting her toenails and watching soaps, Jenny would’ve been the one stuck with the Twins.
Darla Price Davis and Carla Price Gohen had their hair tinted the same ashy shade of blond. They wore identical slick blue raincoats and carried matching hobo bags. They finished each other’s sentences and communicated in a kind of code that included a lot of twitching eyebrows, pursed lips, lifted shoulders and head bobs.
What might’ve been cute in eight-year-olds was just plain weird in forty-eight-year-old women.
Still, Laine reminded herself, they never came into Remember When without dropping a bundle. It might take them hours to drop it, but eventually the sales would ring. There was little that lifted Laine’s heart as high as the ring of the cash register.
Today they were on the hunt for an engagement present for their niece, and the driving rain and booming thunder hadn’t stopped them. Nor had it deterred the drenched young couple who—they’d said—had detoured into Angel’s Gap on a whim on their way to D.C.
Or the wet little man with the striped umbrella who looked, to Laine’s eye, a bit frantic and lost.
So she added a little more warmth to her smile. “I’ll be with you in just a few minutes,” she called out, and turned her attention back to the Twins.
“Why don’t you look around a little more,” Laine suggested. “Think it over. As soon as I—”
Darla’s hand clamped on her wrist, and Laine knew she wasn’t going to escape.
“We need to decide. Carrie’s just about your age, sweetie. What would
you
want for your engagement gift?”
Laine didn’t need to transcribe the code to understand it was a not-so-subtle dig. She was, after all, twenty-eight, and not married. Not engaged. Not, at the moment, even dating particularly. This, according to the Price twins, was a crime against nature.

True You by Janet Jackson
Power of Three by Diana Wynne Jones
Girl by Blake Nelson
Taken by Midnight by Lara Adrian
Musclebound by Liza Cody
Witch Finder by Unknown
Forever in Darkness (novella) (Order of the Blade #4) by Rowe, Stephanie
The Defiant: An Unbeaten Path by John W. Vance
Killing Rachel by Anne Cassidy
Ruined by LP Lovell