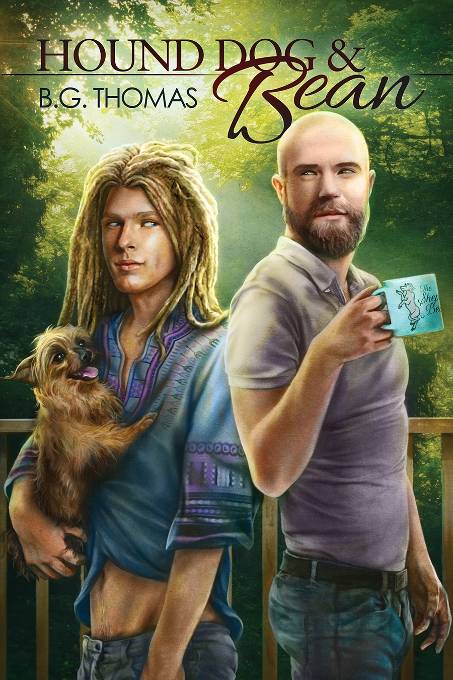 “…a powerful and moving story that pulls you in and doesn’t let you
go.”

“This is a well-rounded and very well written story.”

“This story is so perfect.”

“I absolutely loved this story! In fact, I did something I rarely do with a book: I read it twice!”

The Boy Who Came in From the Cold

“This was such a sweet and heartwarming love story and I greatly enjoyed it.”

“This was the perfect read to brighten my rainy day mood. I was swept off my feet with this sweet, feel good read.”

“I was totally unprepared for this novel… It was far from tired, and certainly no fulfilled cliche. Instead, it was poetry. A lyrical dance that carried me far beyond the story into the heart and mind of its heroes.”

All Alone in a Sea of Romance

The Boy Who Came In From the Cold

How Could Love Be Wrong?

It Had to Be You

Soul of the Mummy 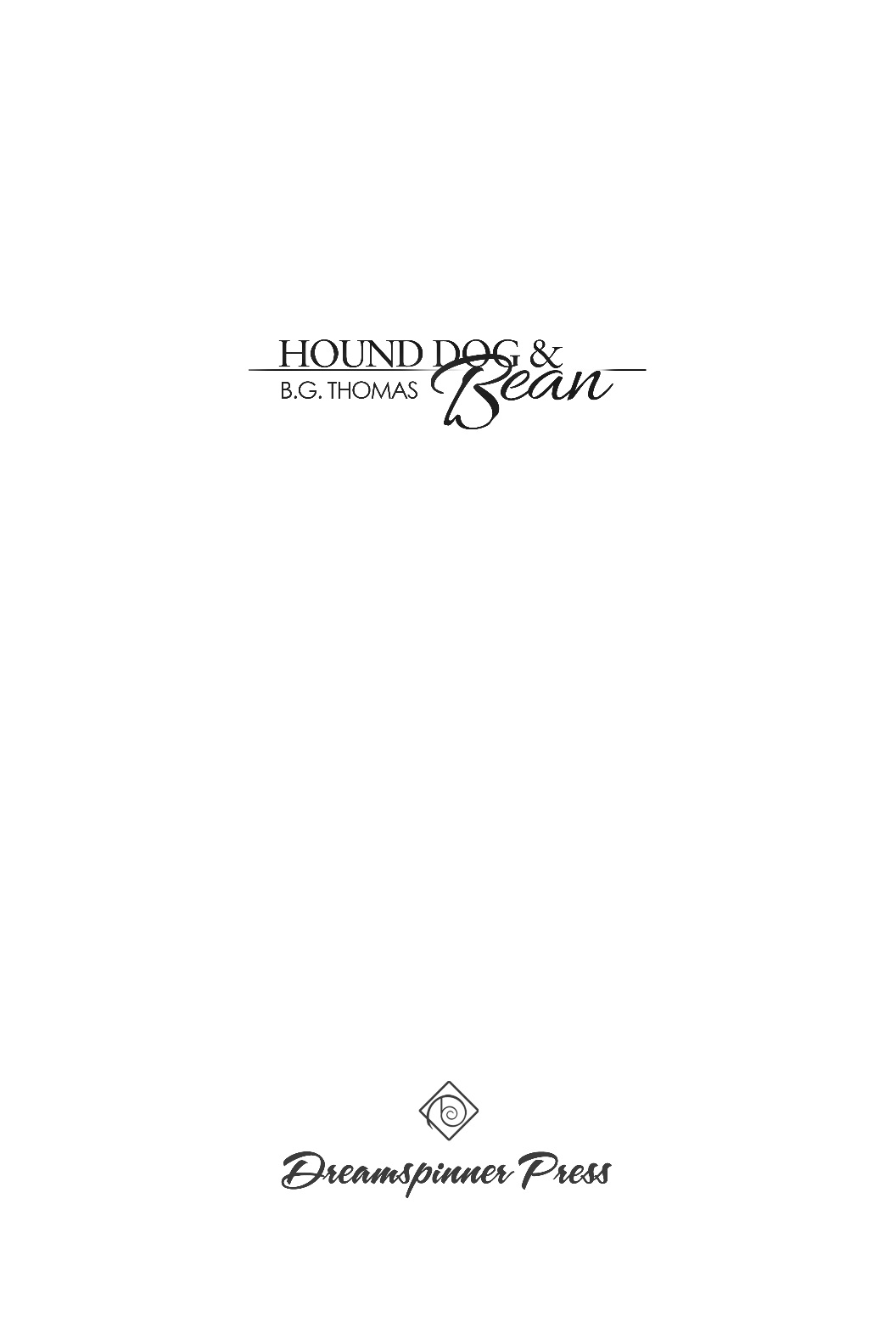 This one is for my very dear friend
PJ Morvant-Alexander.
We have known each other for ages
and our love just grows and grows,
even
when we drive each other crazy.

~~ And girl! Thanks for the title of this book! ~~
These guys are your godchildren!

And special thanks to my miracle workers,
Rowan Speedwell, Andi Byassee, and Sal Davis.

Once more you made me better—thank you!
(And special thanks for a great idea from Sal.)

And I must NOT forget to thank Great Plains SPCA,

without whom I would not have my own bundle of joy

and the light of my heart,

These are the stories the Dogs tell,
when the fires burn high and the wind is from the north.

As long as there was coffee in the world,
how bad could things be?

… ’tis better to be alone than in bad company.

“N
OPE
,”
SAID
H.D., and plucked the trembling little mutt right out of the burly man’s arms and walked away.

“What the hell?” said the man, and the girl at his side—about eight with brown pigtails and wearing OshKosh B'Gosh overalls—burst into tears.

That’s when Elaine should have seen the trouble coming, but she was just finishing up a phone call with a woman who had found a motherless litter of kittens. All she could do was watch as H.D. ignored both the big man and the crying little girl and headed under the carport tent, his mass of dark-blond dreadlocks bouncing around his shoulders. It was spring in Kansas City, and that meant a clear sky could fill with clouds in an instant. They had set up the area in the grass at the edge of the grocery store parking lot that morning for their rescue service—Four-Footed Friends. The tent was to give the hopeful adoptees protection from sun or rain. These adoption events were a lot of work, but had become old hat to Elaine by now. It was an important part of giving their beloved charges an extra shot at finding a forever home.

“What the hell do you think you’re doing?” the man shouted. “Come back here!”

“Nope,” H.D. repeated and stepped over and into the pen where the dog had been waiting patiently all morning. He folded gracefully into a lotus position and settled the dog into his lap. The little Yorkie-dachshund mix climbed up into his arms and tucked her head under his chin, still shaking. “Sorry, baby girl, he’s no good for you.”

The man meanwhile ordered his daughter to “Be quiet!” and stomped into the tent. Immediately, about half the dogs started barking in their pens

H.D. fixed the man with a gaze that froze him in his tracks. A half-dozen people were watching now as the man puffed up, obviously steeling himself for a confrontation. H.D. appeared to be ignoring him and returned his attention to the dog.

“Give me that freaking dog back!” More dogs began to bark.

Elaine, now off the phone, stepped in between them. She had been watching where this was going and knew she’d better act quickly before things got out of control. It was part of her job, after all—plus she knew despite H.D.’s sometimes acerbic behavior, she could trust him to have a good reason for whatever it was he’d so suddenly decided to do.

“Listen, you little son of a—”

“Hello.” Elaine smiled broadly. “What seems to be the problem?” She was careful to stand sideways, facing neither her colleague nor the angry man so she appeared neither weak nor confrontational.

“Who the hell are you?” snapped the large man.

“Well, ‘Elaine,’ you can tell that little fucker”—he stabbed a finger in H.D.’s direction—“to give me that dog back before I take it from him.”

Now all the dogs were barking, and half the cats were adding their disapproval.

Whoa
, Elaine thought. This was turning ugly quickly. “Sir, please. There’s no need for that kind of language. There are children around.” She nodded toward what was surely his own daughter.

The man glanced over his shoulder and, after a pause, seemed to at least unclench himself. He took a deep breath, expanding an already considerable chest. “Your employee there took my dog.”

Elaine turned to H.D., who looked back through his mop of dreads, resembling ever so much a sheepdog that had somehow metamorphosed into a human being. Thankfully, he wasn’t rising to the term “employee.” They were peers in every sense of the word. H.D. could only legally be considered an employee. He made shit for wages and worked far more for the animals than her. “H.D.,” she said. “Has this man paid for that dog?”

Dammit, is that the only word H.D. knows today?

“He started to write a check,” H.D. continued as if reading her thoughts. “But he didn’t finish.”

She turned back to the man, who quickly responded with, “I was about to. I filled out the paperwork and everything.”

Now she shifted back to H.D. She felt like she was watching a tennis match.

“I discovered that Mr. Brubaker and Sarah Jane are not compatible.”

Well, at least she had a name for the man now.

“Because he just let slip that he would make Sarah Jane an outside dog.”

“I told him that from the beginning. Why’d you even let me fill out all that paperwork and make my little girl all excited?”

“Sorry about your daughter. I really am. But you gave me the impression you were only going to let Sarah Jane outside to potty.” H.D. turned back to Elaine. “But no. He’s going to make Sarah Jane stay outside all day long while he’s at work. Ten hours at least.”

“Elaine? Remember how we found Sarah Jane?” He snuggled the shaggy little red-and-silver dog even closer.

The light dawned. “Oh, poop.” She turned once more to Mr. Brubaker. “Sir. Now I get it. I’m sorry. But Sarah Jane was found in the backyard of a house that had been abandoned for days. The tenants apparently skipped out on their rent. Poor Sarah Jane was dehydrated and near starved to death. H.D. is right. We decided as a group that she wouldn’t be put through that kind of emotional and spiritual distress again.”

“Emotional…?” Brubaker’s brow shot up. “What the…? Emotional and spiritual distress? She’s a
fucking
dog, not a human being.”

That was the wrong thing to say, and H.D. gave a smug little smile as Elaine realized with a snap that the dog and human incompatibility went a lot deeper than an inside/outside dog issue. Mr. Brubaker was obviously someone who had no real regard for the animal he’d been about to adopt. To him, Sarah Jane wasn’t even a living being that deserved respect, let alone a person in her own right.

Elaine drew her brows together into a single dark slash. She pursed her lips, then counted to ten. “I am sorry, Mr. Brubaker, but now I can see clearly what my
colleague
saw much faster than I. You obviously don’t see the sacred in our little Sarah Jane. You see her only as a living teddy bear. Sarah Jane is not a teddy bear.”

The shock on Brubaker’s face was almost comical and would have been had he not so thoroughly offended both Elaine and H.D. “I’ll sue!”

“You can sue my little pink pucker,” H.D. replied casually and flopped back onto the grass, his hair forming a crazy halo around his head. Sarah Jane was now on top of him and began licking his face. “Yeah, baby girl. Give me kisses.”

Behaving less crassly than her compatriot, Elaine simply shrugged. “Not sure what you’ll sue us
for
, Mr. Brubaker. But you’re free to do as you see fit.”

“You bitch,” Brubaker said with a hiss. “You realize I could have lied, right? You wouldn’t have known what I was doing with that little mutt, and now you won’t ever find somebody to take that mangy rat—”