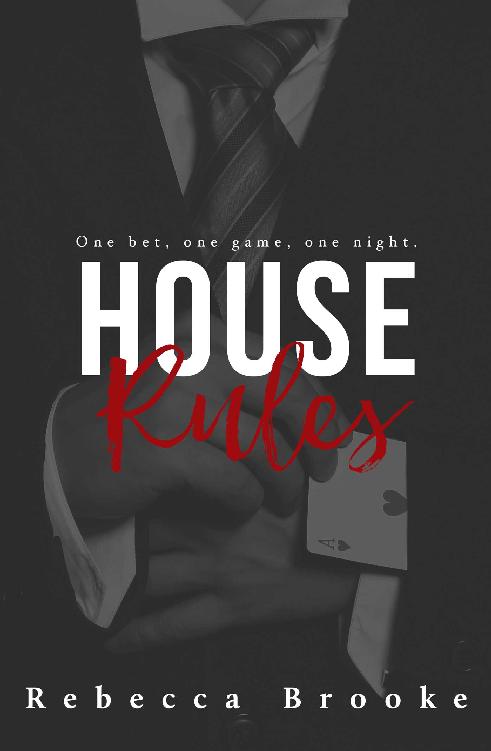 This is a work of fiction. Names, characters, places, and incidents are the product of the author’s imagination or are used factiously, and any resemblance to any actual person, living or dead, events, or locales is entirely coincidental.

The author acknowledges the trademarked status and trademark owners of various products referenced in this work of fiction, which have been used without permission. The publication/use of these trademarks is not authorized, associated with, or sponsored by the trademark owner.

To my readers, thank you for sticking with me. I couldn’t have done it without you.

Life will test you but remember this, when you walk up a mountain you get stronger

Sweat dripped down every muscle in rivulets. I dropped on the bed next to her, pausing when she sidled up to me, like she expected to cuddle. What had given her that impression, I had no idea.

“That was amazing,” she purred, pressing her lips to my chest.

Long, bleached blonde hair and blue eyes. Skimpy clothes and fake boobs. For the last four nights I’d brought home a different woman, but although each one scratched an itch, none of them were satisfying enough to keep in my bed any longer than necessary.

My breathing evened out and I sat up on the side of the bed, my back to . . .

At least I thought it was Shelia. Not that I really gave a shit. It wasn’t like we’d ever cross paths again.

Small hands wrapped around my waist. “Why don’t you come back to bed, handsome?”

Disentangling her arms, I stood and grabbed my phone, sending a quick text to Dean. He was going to make me pay for this one.

“I’ll be going to bed once I get you out of it. Dean will take you home.”

Her mouth dropped. “Are you throwing me out?”

“But we were so good together.”

Wow, this chick was dumber than I thought. “Really? You can’t come up with something better than an overused cliché?”

She hopped off the bed and started snatching up her clothes. “You’re such an asshole.”

“That, my dear, is the first thing you’ve gotten right all night.” I nodded to the stuff in her hands. “Dean will be here in about five minutes. You can either get dressed, or you can parade your ass out to the car naked. Either way is fine with me.”

“Fuck you,” she snapped, pulling her dress over her head.

I tried to muster up some kind of pity for the woman stuffing her discarded undergarments into her purse and slipping on her shoes.

“Do you need me to show you the door?” The sooner she was out of my hair, the better.

Without a word she spun on her heel, the door slamming into the frame behind her. I open and closed my fists at my side. If I’d listened to my brother, I would have stopped bringing them back to my place. But there was nothing appealing about going to a hotel for a quick fuck.

Not bothering to dress, I walked out of my room and down the hall to my office, where I poured myself a large glass of scotch and sat down on the sofa in the corner. I didn’t want any more than a quick orgasm from these women, and I made it clear from the beginning. But each and every one of them thought they would be different; that they’d finally trap Miller Hawes. All they really wanted was my money. That, or the connection to my father.

I knocked back half the glass, the alcohol burning away the memories of the night.

Why the fuck did I bother? Getting wasted and jerking myself off in the shower brought a better orgasm than any of the loose pussy I’d slipped my dick in recently.

I downed what was left in my glass. I needed to get some sleep. There was shit to do in the morning that wouldn’t keep.

Leaving the glass on table for Julie, my housekeeper, to clear away, I climbed into bed and let my mind wander back to my sex life.

I wouldn’t call it a sex life because it wasn’t sex—it was fucking. And not all of it was good. A woman to share my bed on regular basis would be nice, but I refused to waste my time on notions of love. That shit was for chumps and suckers. My goal was to take over from my father someday, and that couldn’t happen if I had my head in the clouds because of some bitch on my arm. My brother Aston’s girlfriend, Elena, seemed to think I’d feel differently if I’d found someone to give my heart to.

What she failed to accept was that I didn’t have a heart to give a woman.

My family . . . yes. There wasn’t anything I wouldn’t do for any of them. Even Elena had breeched my defenses. She cared about my brother in a way I don’t think even he had expected. Most women wouldn’t be able to handle the life we led. Violence, crime, and risk surrounded us all of the time. There was no reprieve. No time out. Elena and my mom were a special kind of woman, accepting the men in their lives for who they were. They didn’t expect them to change.

No woman in the world could change me.

The lighting in the room was low, but I didn’t have to see his face properly to know that this fucker had no idea what he was doing. If he kept this shit up, he was going to have to see my brother for a loan to keep playing.

Wasden slid the chips into the center of the table, his hand shaking. He never knew when to just give up. Worked for me. His tells were obvious, and I could always weasel more money out of him than any of the other morons who graced my tables.

Without a word, I counted the chips and dropped them into the center of the table. “Flip ’em.”

I leaned back in my chair, waiting for Wasden to make the call. A slight chill caught my skin and I looked over my shoulder to see the back door closing, a long legged brunette having walked back in. I watched her intently as she made her way to the bar, leaning her elbow against the wooden top and cocking a knee, making her ass jut out at just the perfect angle.

Her clothes were simple: a plain black dress, and a pair of high heeled shoes the color of emeralds. Nothing special, yet enough to hold my attention. Her hair cascaded down her back and as she ran a hand loosely through the curly mane, I imagined it spread across my pillows, the dark chocolate color in stark contrast to my white sheets. She called to the barman and such was my effort to hear what she was saying, I almost missed Wasden call and flip his cards.

Unsurprisingly, all he had were two pair, Jacks high. The smile on his face fell when I flipped my own cards.

“Fuck you. A goddamn flush?” He stood so fast his chair fell backward, clattering to the ground.

All heads turned in our direction. Leaning over the table, I steepled my hands in front of me, my teeth clenched tight as I did everything to keep my ass in the chair instead of jumping out of it and beating the ever-loving shit out of the motherfucker in front of me.

“I suggest you pick up the chair and sit your ass down, Wasden. And if you continue to behave like a fucking animal in my club, I’ll be forced to teach you how to behave properly.” My voice was low and dangerous.

At least half the people in the room took a step back. Almost everyone knew I didn’t tolerate people acting like assholes just because they lost. Wasden put his hands up, then turned to pick up the chair.

“Now sit your ass down, or settle up and leave.”

Wasden’s eyes darted around the room. The rest of the men seated at the table didn’t say a word. They waited to see what Wasden would decide to do. I sat back and waited myself.

Smart bastard knew to be careful, which was a good thing because my temper was teetering right on the edge. The dealer looked at me and waited for the signal to deal the cards. I nodded and the game began again. Another drink had been placed in front of me and I let the alcohol cool the anger that had raced through my veins. The first hand after Wasden’s meltdown was played conservatively by everyone at the table.

Hand after hand we played, the pots growing with each round. Wasden won one or two, but nothing significant. His hands shook every time he pushed chips into the center. I was curious as to what caused his panic. I’d been in this game a long time, and I knew sweats like that were only caused by owing money to someone; someone bad.

But he didn’t owe me any money. Which begged the question who exactly he owed money to.

If he didn’t owe Ashton, there was only one other person in town that it could be. I’d have to text Ashton on the next break in the action.

I put my phone down and waited for an answer. The hand continued. I knew this hand was mine no matter what anyone else had in theirs. Four of a kind Kings. There were only two hands that could beat mine: four of a kind Aces, or a straight flush. With only the river card remaining and no Aces or consecutive cards in the same suit in sight, those hands were impossible. Carson flipped the river card.

My eyes were immediately drawn to Wasden. He would be the easiest read. Like always, when he thought he had a winning hand he bounced his leg, making his whole body shake. This time he was wrong. He didn’t have much in front of him on the table, but I had a feeling if I bet correctly, I could take him for what he had left.

“Check.” I kept my posture the same. Any movement would give away what I held.

Carson tossed a stack of chips into the center. “Two grand.”

“I’m out,” said Sampson, sliding his cards, face down, into the center.

The play turned to Sullivan. The expression on his face almost blank, except for the slight twitch at the corner his left eye. Most likely whatever he held in his hand was decent. He scanned the other players, trying to decide if he could bluff the rest of us out.

Eventually, he picked up the necessary chips and tossed them into the center. “Call.”

We all looked to Wasden. He lifted his cards one last time and pushed forward his chips. “Twenty-five hundred.”

Carson nodded and grabbed the needed chips from his pile. “Three.”