How Kirsty Jenkins Stole the Elephant 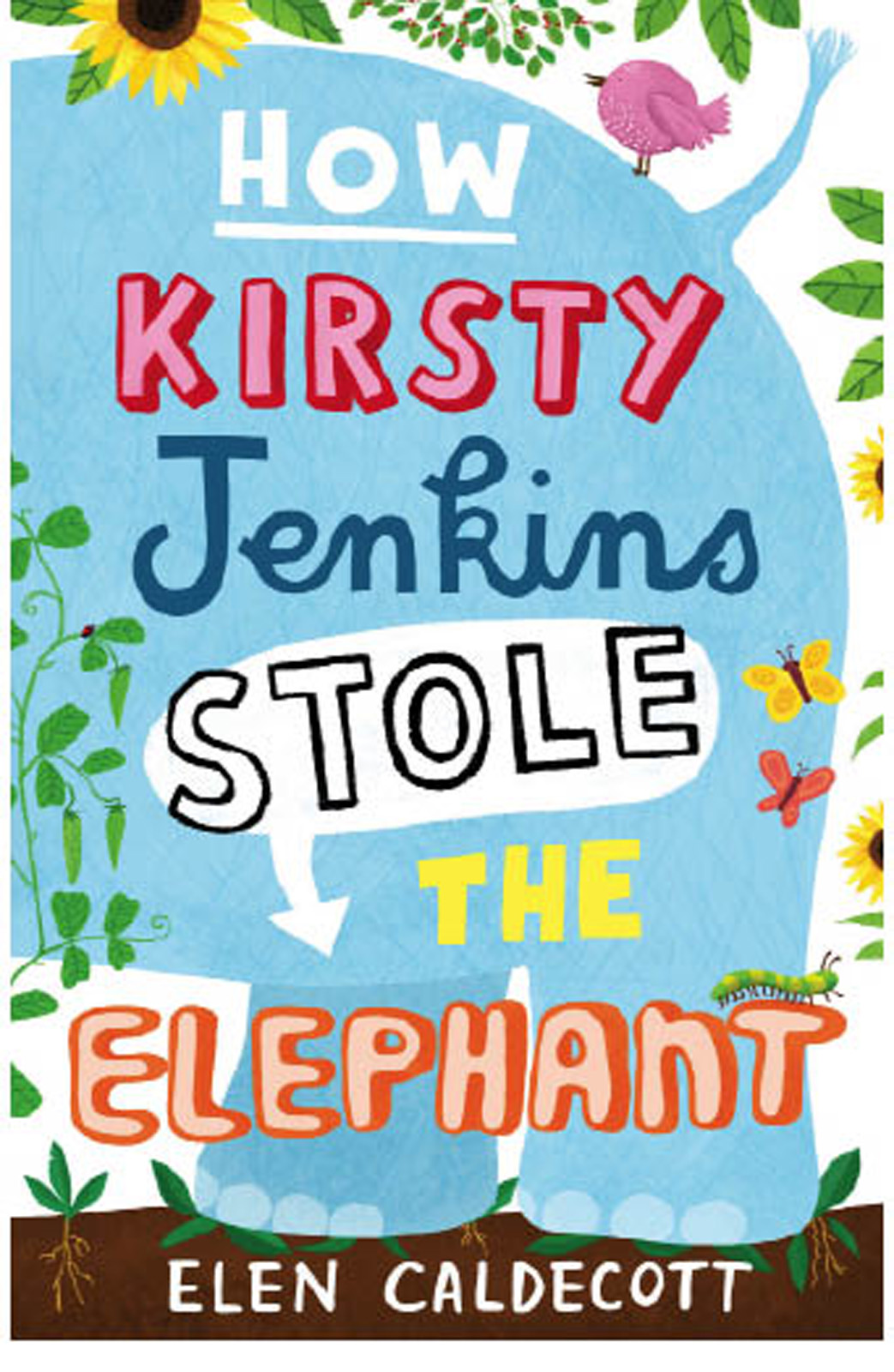 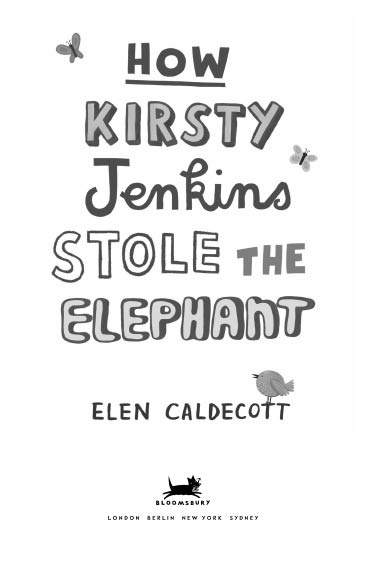 And, of course, Simon 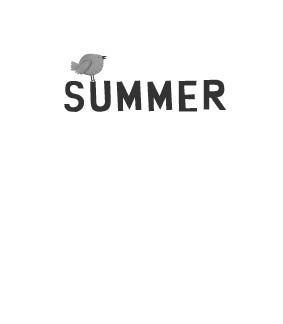 Kirsty stumbled and fell towards the acid-green leaves. As they scratched her face she realised that they were exactly the same colour as the Amazonian poisonous frogs she had seen in the river earlier. She got back to her feet quickly. This was a dangerous place; deadly snakes hunted in the canopy above, jaguars padded through the undergrowth. She stepped forwards carefully so that the ginormous, man-eating beetles couldn't gnaw her boots. One of her fellow explorers had lost his big toe that way only yesterday. Her stomach rumbled. She had been trekking for days and supplies were running low.

âCan I eat some peas, Grandad?' she shouted.

The thump, thump of her grandad's shovel stopped.

âNo. I'm just on an expedition. We've got no food. We might have to resort to cannibalism. So, can I eat some of the peas? Please, please?' Her fingers came to rest on a thick pod right above her left shoulder. She grinned at Grandad, even though she couldn't see him past the wigwam of leaves.

âYou're worse than all the birds, slugs and snails put together. I'm amazed I ever have anything to take home from this allotment.' Grandad started shovelling again. âGo on, then. I wouldn't want you to have to eat any fellow explorers.' Kirsty heard him chuckle.

The pod cracked open between her thumbs. Her tongue teased out each pea and guided it on to her back teeth. Then,
crunch
, her whole mouth flooded with sweetness. She settled down on to her back, looking up through the leaves at the summer-bright sky. Grandad was digging again. She could hear noises on the other plots too: the squeak of a wheelbarrow, the whistle of a kettle boiling on a gas stove, shouts and laughter as people gave each other advice. Everyone was here today, working on their little plot of land. They all grew fruit and vegetables to take home. But none of them did it as well as Grandad. She picked a wodge of chewed pea off her back tooth. If only she could eat Grandad's peas every day! When she ruled the world it would always be summer and peas would grow all the time. And she wouldn't have to share a room with Dawn every weekend, bossing everyone around just because she was the eldest.

Thinking about Dawn made her feel annoyed. She sat up quickly and the leaves scratched her face again. The expedition! She had almost forgotten! Kirsty clapped her hands. Her fellow explorers leapt to attention. She had managed to find them food, scavenged from the unwilling jungle. That would stop the whispers of mutiny. For now. She uncurled the ancient map of Hazdrubal and set a course south. She was either leading them to untold riches, or to certain death. Only time would tell which it was to be. With one hand holding her compass and the other clutching a knife, Kirsty hacked a path through the clinging vines.

âCome on, pet.' The shovelling had stopped. Grandad was just outside her pea wigwam.

âI'm afraid it is. I promised your dad I'd have you home early today. It's the weekend. Ben and Dawn will be at your house soon. You never know, you might even have fun with your brother and sister.'

âHalf-sister,' Kirsty muttered. Dad was Ben and Dawn's dad too, but they had a different mum. Dad had been married to their mum once, but then he had married Kirsty's mum. At weekends they came to Kirsty's house. Ben was nice, but Dawn was a total pain. When she wasn't there, Kirsty and Dad would do nice things together, like listen to Dad's records or watch Kirsty's DVDs, or even just rearrange their collections. But when Dawn was there, she moaned and yelled and spoiled everything.

Kirsty curled up inside the plants. It was a tight squeeze, though she knew that Grandad had planted them wide apart just so she could keep on using her den. She rested her head on the ground. It smelled of warm earth and the tang of leaves. A few weeds had grown up among the peas. She pulled one out of the ground, its silvery roots and all.

âIf you don't come out, I'll have to come in and get you!' Grandad said.

Kirsty started giggling despite herself. She knew what was coming. Grandad was going to get her to move the way he always did â with lots of laughing and screaming. His hand reached in and grabbed her bare foot. His rough fingertips tickled and tickled her sole until she cried with laughter.

âStop it! Stop it!' she yelled. Now there would be a twisting tug-of-war as she tried to break free. She yanked her leg. Grandad's grip loosened. Her foot sprang back towards her. He had let go. Grandad had let go on the first tug! That wasn't right. Kirsty frowned.

He was bent over, coughing into his huge white handkerchief. At the sound of her voice, Grandad looked up. His eyes were all watery. âI'm fine, pet. Right as rain.' But he struggled to get the words out.

Kirsty shivered, despite the sunlight. 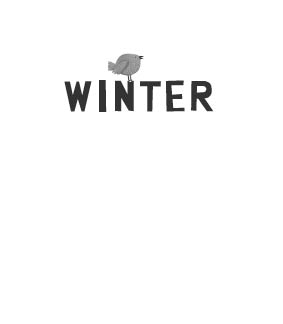 Kirsty was already awake, even before the phone rang. She couldn't sleep. Grandad had been in hospital for ages. Summer had turned into autumn, and now winter was here and every week Grandad got worse. Today, at the end of visiting hours, the doctor had taken Dad aside and whispered to him. And then Dad had picked up Dawn and Ben from their mum's house and asked them to come and stay, even though it was a Monday and not the weekend at all.

It all seemed wrong, and scary.

And then the phone rang in the middle of the night. âWaaake up, waaake up,' it seemed to say.

Suddenly, everyone was awake, as if they had just been pretending to sleep too. Mum came in and turned on the light and then she was gone. Dawn was out of bed, but with that angry-bear face that meant you shouldn't speak to her. Kirsty went to the bedroom door. Dad was on the landing. Ben came out of the front room, where he slept, carrying his jeans.

Kirsty felt cold all over.

Mum came out of her bedroom. âThat was the hospital on the phone, love. They want us to get there as soon as we can. Please go and get dressed.'

The car park was almost empty when they got to the hospital. They all got out of the car. Kirsty's breath rose in white mists, like ghosts floating up into the sky.

Inside, the hospital smelled sad. It gave her a funny pain in her chest. Just past the front doors, Ben stopped. He stood still in the middle of the corridor. Kirsty suddenly felt sorry for him, even though he was three years older than her. His eyes were wide and shiny. His clothes were done up wrong. He seemed to be trembling. Dawn stood next to him, not moving. She looked cross and crumpled.

âThere are some phones downstairs,' Mum said. âDawn will help you, won't you, love? Come up as soon as you're done.'

Upstairs, a nurse stepped out from an office as they passed by. âMr Jenkins?' he asked. Dad stopped. The nurse looked serious but kind. Mum put her hand on Dad's arm as the nurse talked.

Kirsty tried to listen to what the nurse said, but she couldn't concentrate. Grandad was what mattered. Getting to Grandad. The grown-ups were busy talking to each other. Kirsty looked down the corridor. It was empty. She knew which room was Grandad's. She took a few steps backwards, away from the adults. She pressed her back against the wall and moved towards Grandad's room. She opened the door.

He didn't move. She was too late. The pain in her chest throbbed hard.

His head turned slowly. âKirsty, pet? You're a sight for sore eyes.'

âOh Grandad!' Kirsty rushed across the room and dropped down on to the bed. She buried her face in the crisp hospital sheets. The tears felt hot in her eyes. Grandad's thin hand came to rest on the back of her head. It was so light! Small, small strokes that she could hardly even feel, as though he was fading away.

âShh,' he whispered. âShh. Stop these tears. You're like a wet weekend in Blackpool, and I've had quite enough of those for one lifetime.'

Kirsty grinned despite herself. âHow are you, Grandad?'

âNot too bad. I've got all these machines to keep me right.' He lifted his hand towards the equipment that blinked and hummed around his bed. âListen, pet. I'm glad to see you. Right glad.'

Kirsty had to get right up close to hear what Grandad was saying. His voice was hardly even a whisper.

âListen. What do you think about my allotment?'

âOf course I do! It's brilliant. The best ever. It's the jungle, and it's Sherwood Forest, and it's that place in Harry Potter with the massive spiders.'

âYes. I love your allotment.' It was true. All her best games and adventures happened there.

âGood. Because I want you to look after it for me.'

âWhy, where are you going?'

Grandad didn't answer. A machine bleeped a few times, then everything was silent again. Kirsty swallowed a sob.

âWill you do it? Will you look after it?' Grandad asked.