Read How to Be a Voice Actor Online

How to Be a Voice Actor

BOOK: How to Be a Voice Actor
>>DOWNLOAD HERE >>READ ONLINE NOW
ads 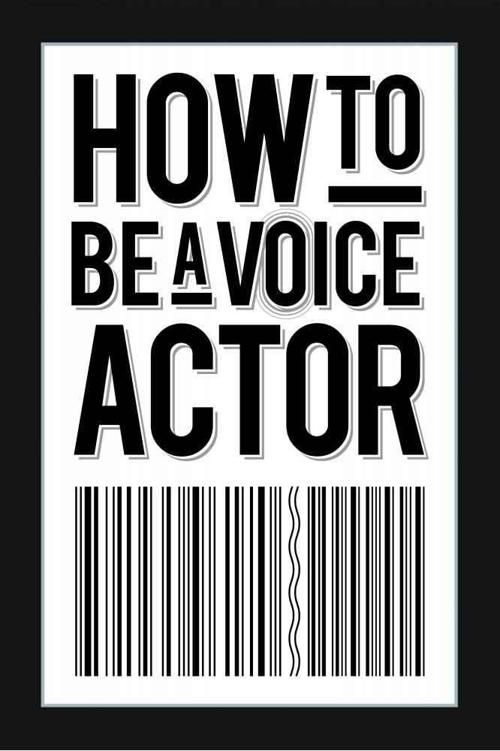 How to Be a

by Get Creative Pages

The Publisher has strived to
be as accurate and complete as possible in the creation of this report, notwithstanding
the fact that he does not warrant or represent at any time that the contents
within are accurate due to the rapidly changing nature
of the Internet.

While all attempts have been
made to verify information provided in this publication, the Publisher assumes
no responsibility for errors, omissions, or contrary interpretation of the
subject matter herein. Any perceived slights of specific persons, peoples, or
organizations are unintentional.

In practical advice books,
like anything else in life, there are no guarantees of income made. Readers are
cautioned to reply on their own judgment about their individual circumstances
to act accordingly.

Nearly any time you hear a voice but don’t see a person speaking, there’s a
voiceover actor at work. On television, radio, in videogames, animation, sports
arenas, or on audiobooks, voiceover is everywhere. It’s a surprisingly diverse
field open to people with various backgrounds and skill sets, so whether you’re
an actor looking to expand his earning potential, someone who excels at
creating characters with her voice, or someone who’s constantly being told what
a great voice he has, there can be work for you as a voice actor.

If you don’t mind spending hours in dark studios in front of a microphone,
voiceover can be an exciting, dynamic career that, for a growing number of
people, is extremely lucrative. There are no guarantees, of course, but if you
have skill, an ability to learn and adapt, and most of all, good, old-fashioned
luck, you can succeed as a voice actor!

What Do
Voiceover People Do?

Below is a brief description of some of the many different areas of
specialization within voiceover. We’ll go into these categories in further
detail later, but here’s an overview.

Commercial:
This refers to any voiceover, whether on TV, radio,
the internet or other platform, that is used in selling a product. (e.g.,
“Refreshingly smooth Bud Light. Always worth it!”)

Promo:
Television networks use promo voices to promote a program
or lineup of shows. (e.g., “Tonight on NBC…”)

Animation:
Animation people provide the wide and dynamic variety
of voices you hear on animated programming.

Videogames:
Similar to animation, these voiceover actors are the
voices you hear in videogames. This is a rapidly growing field.

Voice Matching:
Occasionally, voice actors are brought in to
match and overdub the dialogue of an actor in a film or TV show who is not
available after shooting is over. Voice matching is also used in animated shows
in which a celebrity is imitated.

Audiobooks:
Some voiceover people specialize in audiobooks. They
read books aloud, and specialize in bringing the words and characters on the
page to life.

Trailers:
Though not as common these days, film trailers still
use voice actors to enhance the action. (e.g., “In a world…”)

Political:
Every election cycle, voiceover actors provide voices
for ads for and against propositions and candidates.

Television and Radio Imaging:
In conjunction with sound and video
producers, these voiceover people work with local radio and TV affiliates to
create brand identity.

It’s quite a list! As you can see, there are lots of areas of
specialization in voiceover. But we’re going to be totally honest with you. The
one thing voiceover people primarily do is audition. There’s no set ratio, but
you may audition dozens or even hundreds of times before you land a job, so
you’ll need to be comfortable with the process of auditioning. You’ll also need
to get used to the sound of your own voice, because you’ll be hearing it. A
lot. Repeat: A lot.

Finally, whatever area or areas you choose, all voiceover boils down to one
thing: acting. You can have a deep, resonant voice, or you may be able to do
hundreds of impressions and accents, but if you can’t act, you’ll have trouble
finding work. At the end of the day, voiceover is about taking words that some
other person wrote and making them sound like they’re your own. It’s as easy,
and as challenging, as that.

Where Do
Voiceover People Live?

It used to be that you could
only have a voiceover career if you lived in one of the major three markets:
Los Angeles, New York, or Chicago. But with the advent of home studios and
online voiceover marketplaces, this is no longer the case. It may be harder to
sign with a major talent agency if you don’t live in one of the “Big Three,”
but you can still develop and grow a voiceover career from pretty much
anywhere.

What Am I Going
to Learn?

The following guide is broken
down roughly into two sections. The first is The Basics, which is designed to
do two things: Give you some solid, concrete steps you can take
right now
to jump start your voiceover career; and, to help you determine if a career in
voiceover is right for you.

The second section is the Advanced Section. Here you’ll find professional
advice on how to take your voiceover career to the next level. Ready? Let’s
dive in!

As you’ve seen, there are a number
of voiceover careers. But the first area we’re going to focus on is commercial,
mainly because that’s where the vast majority of the work is. Even if your
ultimate goal is to do animation, you’ll still need to be able to do solid
commercial reads to get your foot in the door.

Your very first assignment is
to listen. This is enormously important. In fact, if you take away nothing else
from this guide, follow this advice: Listen. Listen to commercials (or “spots”)
on radio and TV. When you’re driving, instead of switching stations when the
music stops, listen to the ads. Same goes with TV. Where you would usually fast
forward your DVR, stop and pay attention. You’ll get a feel for what’s being
cast, and therefore, what casting people are looking for. It’s actually a good
habit to get into, because you’ll continue to do this throughout your career.
We don’t know any working voiceover actors who don’t listen closely to
commercials.

The next step is to determine
your “sound.” As you’ll no doubt notice as you listen to radio and TV spots,
most of the people you hear sound very natural. Gone are the days when products
were being promoted by golden-voiced pitchmen; the focus over the last 20 years
or so is on relatability. People who write and produce advertising (or
“creatives”) now want someone who sounds like someone you know and who you
wouldn’t mind taking a little helpful advice from.

Therefore, you need to figure out how you naturally sound so that you can
determine where you fit in terms of casting. The quickest way to do this is to
put together a list of adjectives that describe you. Are you funny? Quirky?
Maybe you’re intellectual, or intense, or you seem like the guy next door.
Whatever it is, sit down and make a list of ten adjectives. If you come up
short, ask a couple friends to describe you. (This is occasionally an
eye-opening experience, but it’s very instructive to know how you come across.)

Then take those adjectives and whittle them down to between five and seven, and
put them in order, from ones that describe you most of the time, to those that
describe you less often.

As an example, let’s say you’ve collected and ordered the following list:

A surprising
number of people say they hate the sound of their own voices when they hear
them recorded and played back. The key reason for this is that the voice we
hear coming out of our mouths is usually richer and more resonant-sounding to
us, due to the larynx, or voice box, being close to your ears. When our voice
hits the air, much of that resonance is lost, leaving other qualities in its
place: nasal tones, raspiness, and so on. Accordingly, it’s important for you
to determine how you really sound.

To complete this exercise, there’s no need to get a bunch of expensive
equipment. Simply use the recording function on your phone or laptop. Then go
online and find some voiceover scripts (called “copy”) to read. The easiest
thing to do is go to Google and search out “commercial voice over copy.” Then,
based on your list of adjectives, select a few that you think will adequately
allow you to express your natural traits. If you come up short here, you can
also transcribe radio or TV spots you’ve heard that you think would be a good
fit.

Then, get your recording device and record yourself reading the copy. Don’t be
discouraged if you don’t like what you hear right away. This is just a
preliminary exercise to get you used to hearing your own voice, and to start to
understand the type of persona you project. If what you hear doesn’t correspond
to your list of adjectives, try making some adjustments. Keep recording and
listening until you start to feel comfortable with the process. At the end of
this exercise, you should have a good idea of what your voice sounds like, and,
more importantly, how you come across using your voice.

Because this is
the Basics section, we’re going to skip some steps, like finding and taking a
class, and creating a demo reel, both of which we’ll discuss in the Advanced
Section.

For right now, we’re focusing on creating some momentum. Therefore, once you’ve
got a basic idea of what you sound like, you can sign up for a couple of online
casting services. There are a number of them out there, but the two big ones
are Voices.com and Voice123.com.

We’re steering you toward these two sites with some caveats, but we’re
recommending them nonetheless. Both sites allow anyone to sign up, and neither
of them requires that you have a demo or a home studio in order to get started.
And they’ll both allow you to do a free trial.

Bear in mind that if you’re
signing on as a new member who has neither a home studio nor a viable demo to
post to the site, your chances of booking a job are very minimal. You’ll be
going up against seasoned professionals for work, not to mention to a
formidable number of newcomers like yourself. And at the free level, you likely
won’t see a lot of auditions.

mythean arcana 07 - witchs fate by hall, linsey
A Last Goodbye by J.A. Jance
Harry Truman by Margaret Truman
Interview with a Master by Luke, Jason
The Silenced by Brett Battles
The Legacy of Eden by Nelle Davy
Sky Strike by James Rouch
Prince of Cats by Susan A. Bliler
Hurt: A Novel (Solitary Tales Series) by Thrasher, Travis
Simon Says by Lori Foster