Read How to Get Away With Murder in America Online

How to Get Away With Murder in America

BOOK: How to Get Away With Murder in America
>>DOWNLOAD HERE >>READ ONLINE NOW
ads 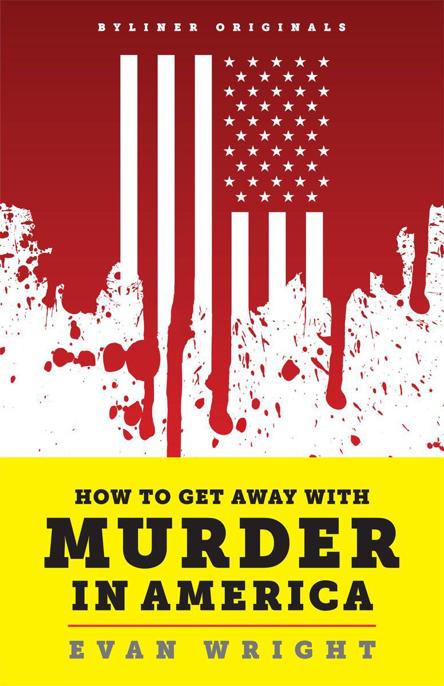 How to Get Away with Murder in America

Please be sure to
visit Byliner.com for the latest updates
to this story.

Life with the Godfather

It Comes a Time

Get Out of Jail Free

Man in a Lego House

The Return of Alex

Death of a Country Club Wiseguy

The Ghost of CIA Past

The Woofer and the Quiet Man

Enrique “Ric” or “Ricky” Prado
, a.k.a. “Alex Padron,” former high-ranking CIA officer who was chief of the agency’s counterterrorist operations before and after the 9/11 attacks, reportedly ran its “targeted assassination unit,” and later became vice president at Blackwater. In the 1970s and early 1980s, he served as bodyguard and alleged criminal enforcer for the convicted cocaine trafficker Albert San Pedro.

Alberto “Albert” San Pedro
, a.k.a. “the Maniac,” “the Great Corrupter.” A convicted cocaine smuggler and alleged killer renowned for his political influence. His contacts with Prado prior to and throughout Prado’s CIA career first drew the notice of federal investigators in the 1990s. He and Prado became friends in high school.

J. Cofer Black
, Mitt Romney’s national security adviser and a former high-ranking CIA officer who promoted Prado within the agency and later worked with him at Blackwater.

Jon Roberts
, the “Cocaine Cowboy,” who first claimed that Prado was the hit man who carried out the murder of Meyer Lansky’s stepson, Richard Schwartz.

Robert “Bobby” Erra
, one of the alleged “country club wiseguys” who partnered with San Pedro in cocaine trafficking. An alleged accomplice in the murder of Schwartz.

Gary Teriaca
, mafioso and “country club wiseguy” pal of Bobby Erra’s who disappeared in 1981. He was allegedly murdered by San Pedro and Erra, with Prado allegedly serving as an accomplice.

Miguel “El Oso” Ramirez
, Prado’s judo instructor and close friend, who claimed they committed numerous arsons and acts of extortion together while working for San Pedro. El Oso was convicted of murdering and beheading an undercover ATF informant.

Jenny Cartaia
, San Pedro’s stepdaughter, whom he allegedly raped and then married.

Steven Grabow
, Gary Teriaca’s college friend and an Aspen, Colorado, ski bum whom Teriaca recruited into the cocaine business. Killed by a car bomb in 1985, allegedly planted by San Pedro with help from Prado.

Marsha Ludwig
, common-law wife of Bobby Erra and childhood friend of Adele Graham (the former first lady of Florida) who assisted San Pedro’s efforts to receive a pardon for his crimes.

Al Malnik
, alleged Meyer Lansky protégé, owner of the Forge restaurant, and later godparent of Michael Jackson’s son “Blanket.” He was targeted for a car bombing in 1982, allegedly with assistance from Prado.

Armando Mirabal
, a former member of the weight-lifting fraternity who was murdered in Los Angeles, allegedly on orders from San Pedro.

Ciro Orizondo
, CIA-trained Bay of Pigs veteran who claimed Prado assaulted him while extorting money on behalf of San Pedro.

Rudolfo Pesci
, murdered in 1983 after his involvement in a drug deal that Prado allegedly brokered.

Ron Reed
, president of the detective agency San Pedro founded to enable Prado and other bodyguards to legally carry weapons while working for him.

Janet Reno
, former Dade County attorney general and U.S. attorney general, who oversaw the state case against San Pedro in 1986 and later approved the decision not to prosecute him for murder.

Manuel Revuelta
, CIA-trained Bay of Pigs veteran who claimed Prado extorted money from him on behalf of San Pedro.

Congresswoman Ileana Ros-Lehtinen
, Dexter Lehtinen’s wife, who won her seat in the U.S. House of Representatives after her husband led the federal prosecution of her opponent. She now serves as chairman of the House Committee on Foreign Affairs.

Rick Sanchez
, former CNN host who in the 1980s became a close friend of San Pedro.

Hector Serrano
, CIA-trained Bay of Pigs veteran who claimed Prado extorted money from him on behalf of San Pedro.

“Teo,”
nickname of a childhood friend of Prado’s who later worked with him at the fire department.

Hector “Puma” Valdez
, convicted drug dealer who identified Prado as having represented San Pedro at a meeting to ship cocaine to California in 1983, after Prado had entered the CIA.