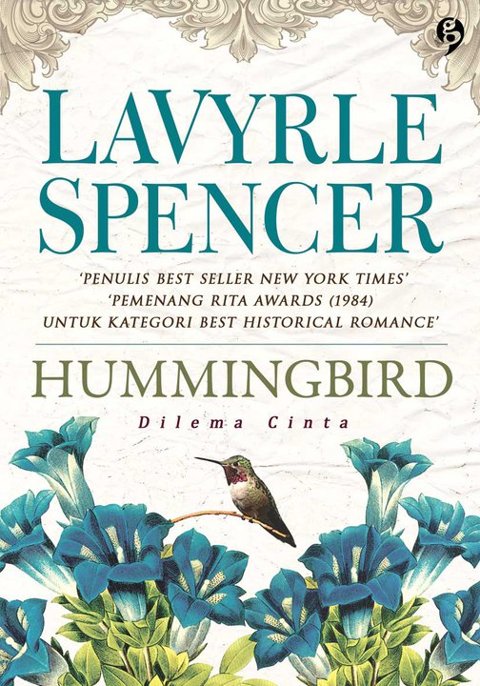 THE BESTSELLING NOVELS OF

NOW AVAILABLE IN HARDCOVER FROM

November of the Heart

Her most touching bestseller—a triumphant story of love… "A girted storyteller."

A
moving story of a family at the crossroads—where hope and heartache meet… "A page-turner."

The beautiful story of family ties renewed and love awakened… "A lively story!"

The poignant tale of high-school sweethearts reunited… "A journey of self-discovery and reawakening."

A
woman's love is threatened by the secrets of her past… "A tender, sensual story."

—Lisa Gregory, author of
Before the Dawn

The sparks fly when a lady tries to tries to tame a hellraiser… "A truly special story… superb!"

The novel that launched LaVyrle Spencer's stunning career… "Will leave you breathless."

Across the western plains, only the strongest survived… "Splendid!"

Taking a chance on love is the only way to win it… "A grand new bestseller!"

A bride-to-be falls in love—with another man… "You will never forget the incredible beauty of LaVyrle's gifted pen."

First came the baby, then came marriage. And then come love… "A superb story."

Jove Books are published by The Berkley Publishing Group,

The name "JOVE' and the "J' logo are trademarks belonging to Jove Publications, Inc.

With love to Mom and Pat

And thanks to Janis Ian, whose poignant love song

"Jesse" inspired me to write this story

When the 9:50 pulled into Stuart's Junction, it always attracted a crowd, for the train was still a novelty which the whole town anticipated daily. Barefoot children squatted like quail in the sand reed and needlegrass just outside town till the loud, gaseous monstrosity flushed them up and raced them the last quarter-mile toward the gabled depot. Ernie Turner, the town drunk, came each day to meet it, too.

Belching and weaving his way out of the saloon, he would settle on a bench by the depot porch and sleep it off till the afternoon train sent him back for his evening round. Down at the smithy, Spud Swedeen laid down his maul, let loose of his bellows, and came to stand in the gaping door with black arms crossed upon blacker apron. And when the ringing of Spud's iron ceased, all the ears of Stuart's Junction, Colorado, perked up. Then along the short expanse of Front Street shopkeepers stepped from their doorways onto the weather-bleached planks of the boardwalk.

That early June morning in 1879 was no different. When Spud stopped his clanging, the barber chair emptied, bank clerks left their cages, and scales in the assay office swung empty while everybody stepped outside to face northeast and watch for the arrival of the 9:50.

Before long, fingers nervously toyed with watch fobs; timepieces were pulled out, opened, and snapped shut before dubious glances were exchanged. Murmurs of speculation were eventually replaced by restlessness as one by one the townsfolk returned to their shops to peer out occasionally through their windows and wonder at the train's delay.

Time crawled while every ear was cocked for the moan of that whistle, which didn't come and didn't come. An hour, and the stillness over Stuart's Junction became a hush of reverence, as if someone had died, but nobody knew who.

At 11:06 heads lifted, one by one. The first, then the second merchant stepped to his doorsill once again as the livening summer wind lifted the incoming steam whistle on its heated breath.

"If that's Tuck Holloway drivin' her, he's settin' to put 'er right through the depot! Stand back—she might jump the rails!"

The cowcatcher came on in a blur of speed while steam and dust wafted away behind it, and a red plaid arm flailed from the open window of the cab. It was Tuck Holloway, all right, whose words were lost in the slamming of iron and the hiss of steam as the engine overshot the depot by a hundred yards—still miraculously on both tracks. But Tuck's hoarse voice could not be heard above the babbling crowd who'd surged toward the depot. Then a single gunshot made every head turn and every jaw stop as Max Smith, the newly appointed station agent, stood with a pistol still smoking in his hand.

"Where's Doc Dougherty?" Tuck bellowed into the lull. "Better get him fast 'cause the train got held up about twenty miles north of here and we got two injured men aboard. One of 'em's bad shot, for sure."

"Didn't stop to ask for names. Both of 'em's strangers to me. The one tried to rob my train and the other one saved it. Got hisself shot while he was doin' it, though. I need a couple men to tote 'em off."

Within minutes, two limp bodies were borne from the depths of the train, down its steps, into the waiting arms of bank clerk, hostler, assayer, and blacksmith.

"Someone get a wagon!"

Through the crowd came a buckboard, and onto it the motionless bodies were placed, while from around the saloon corner Doctor Cleveland Dougherty came panting and snorting, his black bag whacking his overweight calves as he ran. A moment later he knelt beside the first stranger, whose face was chalky and unnaturally pacified.

"He's alive," Doc pronounced. "Just barely." The second man was likewise checked. "Can't tell about this one. Get 'em to my place quick, and Spud, you make damn sure you miss every rock and pothole on the street between here and there!"

All who came to town that day lingered. The saloon did a roadhouse business. Down at the livery, Gem Perkins ran out of stalls. The floor beneath the cuspidors in the hotel lobby was well stained long before midafternoon, while underneath the beech trees in Doc's front yard townspeople sat with their eyes trained on his door; waiting now as they'd earlier waited for the arrival of the 9:50. Waiting to hear the fate of the two who'd ridden it in on their backs.

Miss Abigail McKenzie heaved a sigh that lifted her breasts beneath the pleated bodice of her proper Victorian blouse. She ran one small, efficient finger around the inside of the lace-edged choker collar to free it from her sticky skin. She made a quarter-turn to the left, blue eyes glancing askance into the mirror, and placed the back side of one hand beneath her jaw—just so—lifting the skin there to test it for tautness.

Yes, the skin was still firm, still young, she assured herself soberly.

Then she quickly slipped the oversized filigreed hatpin from the crown of her daisy-trimmed hat, placed the hat carefully upon her sternly backswept brown hair, rammed the pin home, and picked up her pristine white gloves from the seat of the huge umbrella stand—a thronelike affair with a mirror on its backrest and umbrellas and canes threaded through holes in its outsized arms.

She considered her gloves a moment, looked out front through the screen door at the shimmering heat ripples radiating skyward, laid the gloves down, hesitated, then resolutely picked them up again, dutifully drawing them over her slim hands. The heat is no excuse to go over town improperly dressed, she scolded herself.

She walked to the rear of her house, rechecking each shade on each south window, assuring herself they were all drawn low against the harsh sun. She glanced in a full circle around her kitchen, but nothing needed straightening, putting away, or taking out. Her house was kept as fastidiously as was her clothing.

Indeed, everything in Miss Abigail McKenzie's life was always as orderly and precise and correct as it could possibly be.

She sighed again, crossed the straight shot from kitchen to dining room to front parlor, and stepped onto the porch. But abruptly she reentered, checking the doorstop fussily, in the way of those who manufacture worry because their lives contain too little of the genuine article.

"No sense risking your lovely oval window," she said aloud to the door. That window was her pride and joy. Satisfied that the door was secure, out she went, closing the screen as gently as if it had feelings. She crossed the porch, walked down the path, and nodded hello to her well-tended roses beside the pickets.

She walked erectly, chin parallel to the earth, as a lady of propriety ought. Let it never be said that Miss Abigail stooped, slouched, or slogged when she walked over town. Oh, never! Her carriage was utterly proper at all times. Her sensible shoes scarcely peeked from beneath her skirts, for she never hurried—

rushing was most undignified!

She had things on her mind, Miss Abigail did, which didn't rest lightly there. Her errand was not one she relished. But one would never guess from perusing her as she strode down Front Street that there could be the slightest thing amiss with Miss Abigail McKenzie, if indeed one ever could.

Coming along past the houses and yards, her eye was caught by the unusual scene up ahead. Doc Dougherty's lawn was crowded with people, while across the street the benches of the boardwalk were hidden behind solid skirts and men sat on its high ledge while children scuffled in the dirt and horses waited at the hitching rails.

One could always rely upon Miss Abigail to keep her nose out of other people's business. Seeing the crowd, she swung left, walked the short block over to Main, and finished her trek over town along its all but deserted length. Thus Miss Abigail avoided what was probably some sordid spectacle at Doc Dougherty's. That kind of thing attracted riffraff, and she was not about to be one of their number!

Miss Abigail thought it truly lamentable to have to do what she was about to do. Oh, not that there was anything wrong with Louis Culpepper's establishment. He ran a neat and orderly eatery—she'd give him that. But waiting tables was truly a last resort—oh, truly a last! It was not at all the kind of thing she'd choose to do, had she the choice. But Miss Abigail had no choice. It was either Louis Culpepper's place or starve. And Abigail McKenzie was too ornery to starve.

Sensible black squat heels aclicking, she entered beneath the sign hailing, THE CRITERION—FINE

FOOD AND DRINKS, LOUIS CULPEPPER, PROP. As she carefully closed the door, she ran a hand over her blouse front, making sure it was tightly tucked into her skirtband, then, turning, she again sighed. But the place looked deserted. There was a faint odor of yesterday's cabbage adrift in the air, but nothing resembling the aroma of meats stewing for the supper clientele, who wouldn't be long in coming.