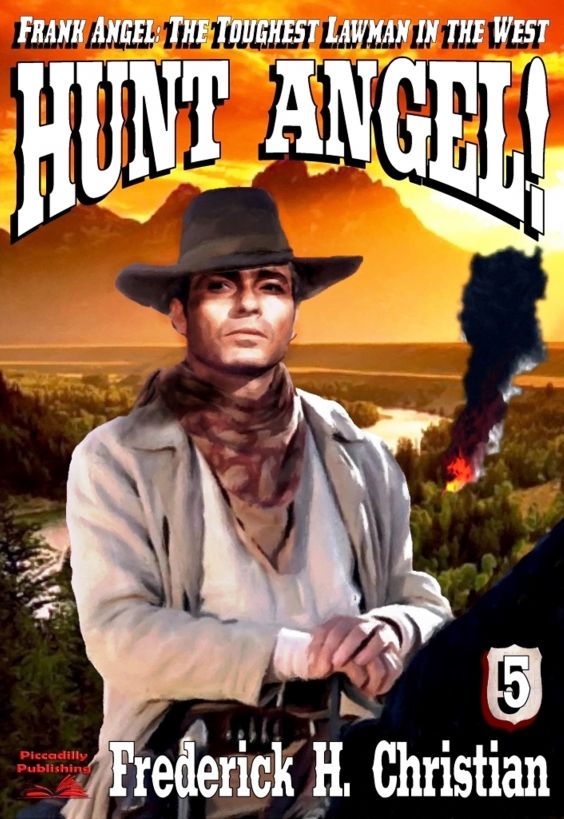 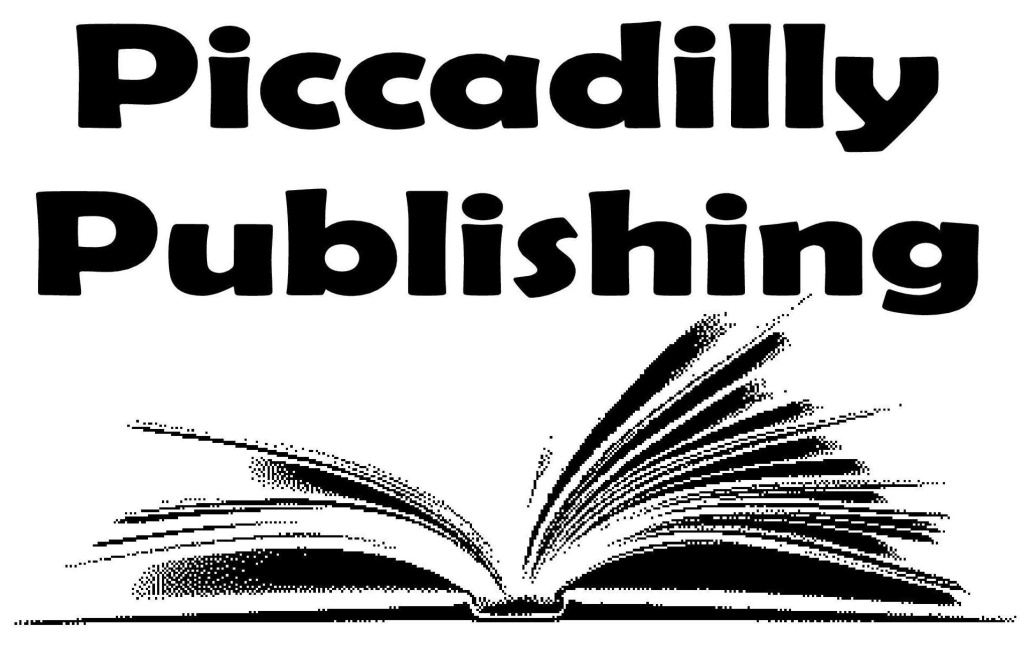 When Frank Angel arrived in Madison, the town was
abuzz with the news of Marshal Sheridan’s arrest of Burt Hugess,
with everyone agreeing that Sheridan was in for a rough ride in
bringing him to justice. Angel wanted no part in the impending
dangers, but when the Department of Justice ordered him not to
leave town he knew he was already involved.

With Larry Hugess locking the town up tight to stop
word getting out to the US Marshal, Angel would have to team up
with Sheridan. And that meant nothing but bad news for the
outlaw. 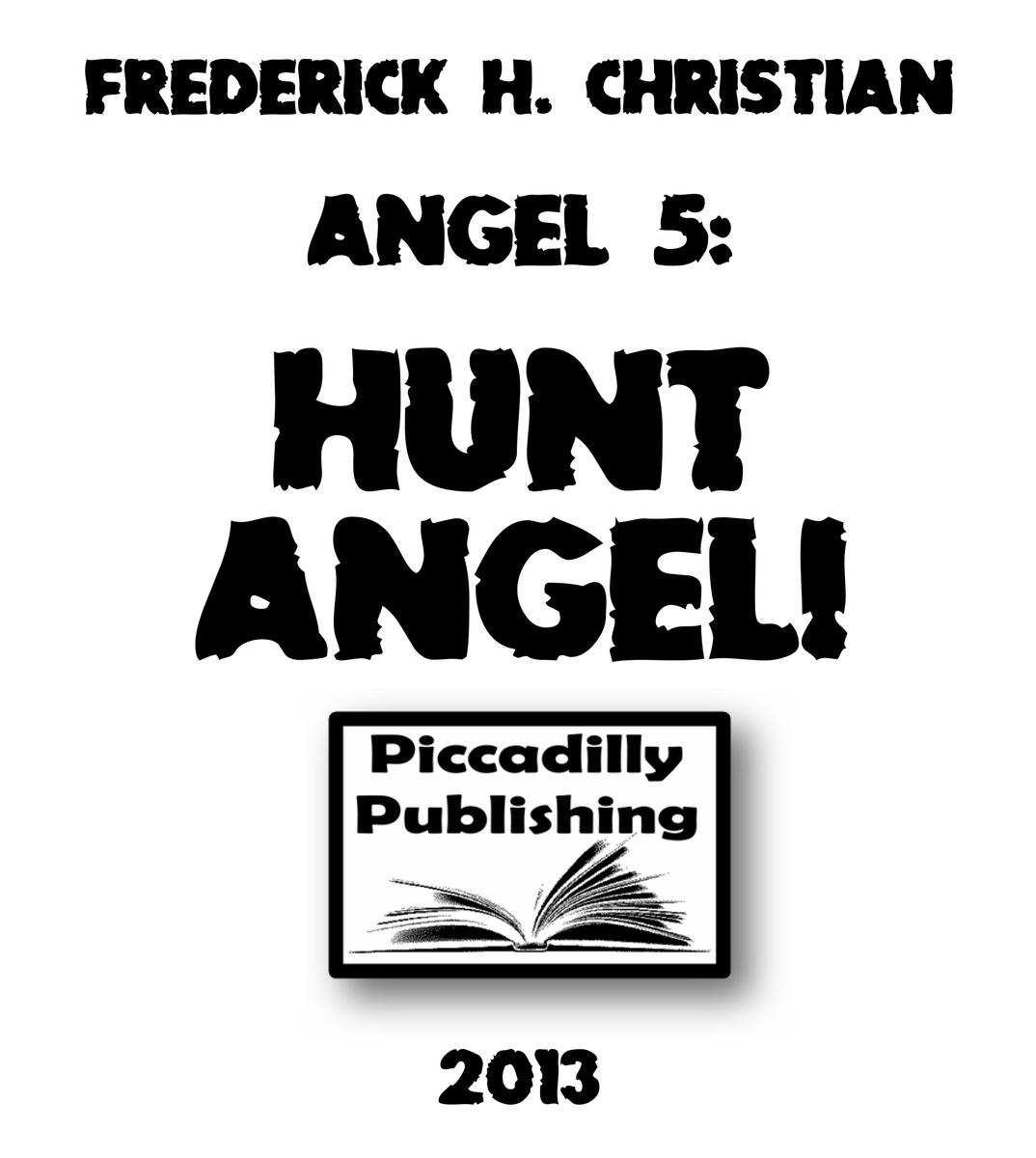 First published by Sphere Books in 1975

Names, characters and incidents in this book are
fictional, and any resemblance to actual events, locales,
organizations, or persons living or dead is purely
coincidental.

This ebook is licensed for your personal enjoyment
only. This ebook may not be re-sold or given away to other people.
If you would like to share this book with another person, please
purchase an additional copy for each reader.

Published by Arrangement with the Author.

In a way it was Cade’s
fault.

You couldn’t blame him, of course,
the poor sad bastard. It was getting so the Flying H boys couldn’t
come into town, but Howie would stumble across their path, and sure
as chickens lay eggs, they’d feel obliged to roust him up some. Not
that it mattered; the Flying H boys had their fun but in the end
they bought Howie the drinks he wanted, and so maybe each needed
the other in some peculiar way. No harm done, usually, except that
on this particularly hot dusty Saturday night, Burt Hugess rode in
with the boys, and he got to drinking like a man who meant to get
drunk. Those citizens of Madison who’d seen Burt Hugess poison
drunk - and that meant about everyone - quietly finished off their
drinks and found good reasons to be elsewhere than the ornate
precincts of Johnny Gardner’s Palace Saloon. The Flying H boys soon
had the place to themselves, which was just jim-dandy with them: as
men a-horseback they had little enough time for the stiff-collared
creeps who lived in town and ran the stores anyway.

He was a big man, Burt Hugess:
barrel-chested and powerful, shoulders like one of the fighting
bulls you saw down in old Mexico. Bull-like, yes: everything about
him. The way his head swung from side to side, the way his eyes had
that red light behind them when he was mad, the thrusting, loping
way he moved, all of them were bull-like, powerful. Yet it wasn’t
the sheer physical bulk of the man which alone made Johnny Gardner
cringe as Burt Hugess’s flat-hand pounded the mahogany bar for
another drink. Lowering and ugly though Burt might be, there was a
second reason to walk a big circle around him, and that was the
fact that he was the brother of Larry Hugess and that Larry Hugess
owned this piece of Indian Territory as effectively as if he had
branded every square foot of it personally with his Flying H
iron.

The boys had been quiet enough to
start with: Hugess and Danny Johnston and Johnny Evans and a couple
of the Flying H wranglers, in off the dusty range for a Saturday
night dust-cutting session. They were rowdy and they were rough,
but they spent freely, and Johnny Gardner wasn’t about to turn his
patrician nose up at their cash money, not when so many of his
customers seemed to think he could carry their slate indefinitely.
Besides, he told himself, the boys never do any real harm, when you
get right down to it. A few broken glasses, maybe. Once in a while
a window shattered, someone scared shitless by an exuberantly
emptied six-gun. There was no malice in them, Gardner told himself,
knowing as he did so that he was a bigger liar than Baron
Munchausen.

When Howie Cade came in through the rear door, there
was a jeering shout of welcome from Ken Finstatt, who was standing
alongside Burt Hugess.

That gave them a big laugh. Howie
Cade had once been Marshal Dan Sheridan’s deputy, and a damned good
one, too. Fast with a gun. A reliable man to have alongside you in
a tight corner. But that had been in the days BL - Before
Lily.

Lily had arrived in Madison the
preceding fall on her way - she said - to open up a dressmaking
business in Winslow. Well, if that was what she wanted to pretend,
Madison really didn’t mind. As to believing it, well, that was
something else again, because Lily was quite obviously what she
was, and if she’d been wearing a sign painted in red letters around
her neck, it couldn’t have been any damned plainer, and there
wasn’t a man in town who didn’t know it. Correction: there was one
man who didn’t know it, didn’t want to know it, and couldn’t be
told, and that man was Howie Cade. He thought that Lily Elliott was
just about the best thing that had happened to mankind since the
invention of the wheel. He fell for Lily with a bang that could
have been heard in four counties.

Now there were things a friend could
do in situations like this, and Dan Sheridan, to his credit did
them all. He hinted a little; asked one or two of the right
questions; pointed out - very gently because he had no real desire
to get into a fistfight with Howie - the discrepancies in Lily’s
story; but to no avail. After that he shrugged and gave up.
Everyone had the right to go to hell in their own beautifully
fashioned hand-basket, at least in Dan Sheridan’s book. He had few
enough friends as it was: telling Howie the naked truth was a sure
way of losing another. Which meant, inevitably, that Howie found
out the hard way.

Lily, as everyone expected, ran
exactly true to form. She took Howie for every cent he’d saved in
four years of keeping the law in Madison, and then, like the Arabs,
she folded her tent and departed. All of which would have been
normal, understandable, unremarkable. They happened, such things.
But Howie took it hard, very hard.

He started finding solace at the
bottom of a glass, and then at the bottom of a bottle, and finally
the bottle had him, and he didn’t give a damn. Sheridan figured it
wasn’t one of those how-could-she-do-a-thing-like-that-to-me cases,
but a how-could-I-make-such-a-damned-fool-of-myself one. Howie was
burying his shame, and at first Sheridan had figured he’d climb out
of it, but Howie went deeper down and, in the end, Sheridan had to
take the star off him because Howie was getting to be a liability.
He gave his former deputy a job as a sort of caretaker in the
jailhouse, sweeping the place out; paying Howie a few bucks a week
for his efforts. He’d have cut his throat before he’d have admitted
that he was paying the money out of his own pocket: he figured
Howie’s pride was battered enough. Not that it mattered: the money
was never in Howie’s jeans longer that the time it took him to
drink it away, so for the rest of each week Howie hustled for a
drink anyway he could. Which was how he came inevitably into the
orbit of the Flying H boys.

‘
Well, Howie,’ Burt Hugess said,
with silken contempt, ‘you look like a man needs a
drink.’

A light kindled in Howie’s eyes:
part hope, part disbelief. Maybe Burt was in a good mood. Maybe the
boys wouldn’t roust him this time. It wasn’t likely, but it was
possible. He licked his lips, tasting the smoky burn of the whiskey
already. The need was like dull aching fire in a void, a dying star
imprisoned in his belly.
Oh, God,
he thought,
Let it be all
right.
He slouched across to where Hugess
was standing with his elbows on the bar, heel hooked in the brass
rail.

‘
Jesus!’ Hugess exclaimed, making
a big production out of wrinkling his nose. ‘Howie, you stink, you
know that?’

The Flying H boys grouped around him laughed
dutifully.

‘
Comes from sleepin’ in the stable
ever’ night,’ Johnny Evans grinned.

‘
Hell,’ another said, ‘I ain’t
never met no horse smelled
that
bad.’

‘’
Ceptin’ a dead one,’ Danny
Johnston shouted, slapping his leg.

Burt Hugess sloshed more whiskey
into his glass, letting Howie see him do it, taunting him with it.
He drank greedily, feeling Howie’s eyes on his bobbing Adam’s
apple, strength and a sense of power surging into him. The banked
fires behind his eyes flared momentarily brighter, then died again.
Some men drank and then sang. Others drank and slept or drank and
laughed or drank and found themselves a
puta;
but not Burt Hugess. Burt was a
mean drunk. Liquor fed a seething hot blackness inside him, raising
its temperature slowly, inexorably, irresistibly. He looked at his
huge hands, clenching them, flexing them.
I
could smash anything with
them,
he thought. It made him feel
good.

He had reached out a trembling hand
toward Burt’s bottle, his fingers almost touching it when the big
man’s hand clamped down on his skinny forearm like a vise, bringing
a small shout of pain from Howie.

‘
Keep your smelly paws off my
whiskey!’ Burt snapped.

‘
Get away,’ Burt said, no anger in
his voice. He knew just what he was doing. He turned his back on
the cringing Howie and drew the bottle and glass toward him.
Slowly, as if with loving care, he poured a generous drink. Then he
picked up the glass, lifted it until the flaring light of the
kerosene lamps was behind it, looking at the liquor with pursed
lips like a wine buyer judging a vintage. He let Howie look at it,
too, and then, thirstily and with obvious enjoyment, Burt drank the
whiskey down. He acted as though Howie wasn’t there, as though he
couldn’t see his misery.

‘
Get your stinking paw off of me!’
Burt said. There was that first faint thin thread of ugliness in
the sound of his voice, and Danny Johnston, recognizing it, looked
up quickly, his eyes narrowing. Everyone steered well clear of Burt
when he was off on a mean drunk. Yet he still showed no sign of the
fires raging below the surface. Johnston relaxed.

Never Die Alone (A Bentz/Montoya Novel Book 8) by Lisa Jackson
Betrayed by Morgan Rice
Dreams of Fire and Gods 2: Fire by James Erich
Valley of the Shadow: A Novel by Ralph Peters
A Face in the Crowd by King, Stephen
The Tormented Goddess by Sarah Saint-Hilaire
A Dash of Desire (Spiced Life #2) by Charity Parkerson
The Grace Series (Book 2): Tainted Grace by M. Lauryl Lewis
The Lollipop Shoes by Joanne Harris
UNSEEN by John Michael Hileman