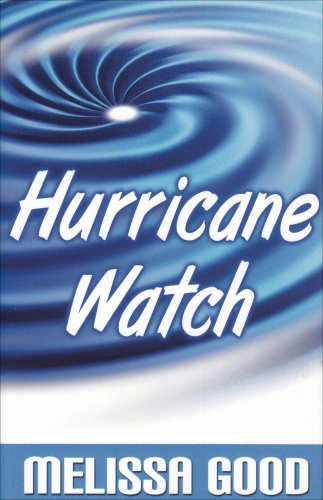 Terrors of the High Seas

All rights reserved. No part of this publication may be reproduced, transmitted in any form or by any means, electronic or mechanical, including photocopy, recording, or any information storage and retrieval system, without permission in writing from the publisher. The characters, incidents and dialogue herein are fictional and any resemblance to actual events or persons, living or dead, is purely coincidental.

Find us on the World Wide Web at

THE OFFICE WAS mostly silent, save the faint scratching of a pen on paper and the soft, distinctive hum of the computer on the desk. It was a room filled with warm mahogany wood. On one side there was a small conference table surrounded by chairs, and a discreet credenza where a pitcher of water and a set of glasses rested on trays. In the rear center, there was a desk, its back facing a large, floor to ceiling window which afforded a horizon view of a choppy, greenish blue Atlantic Ocean.

Seated at the desk was a tall, dark haired woman, dressed in a conservative gray skirt and white silk shirt, the sleeves of which were rolled up past her elbows, exposing tanned, muscular forearms. Draped over the back of the chair was a gray blazer, and the dark head was propped up on one fist, while the other hand curled about a busily moving pen. One paper was completed, and then turned over coming to rest next to a small aquarium where two suspicious Siamese fighting fish swam languidly, sparing occasional fishy eyes for the desk’s tenant.

”Twelve down, eighteen to go.” Dar sighed, scratching her jaw with the edge of the pen. ”You’d think we’d have gotten our staff evaluations on computer by now.” She paused, and then punched a button on the large console phone on her desk. ”Mari?”

”Yes. Hello, Dar. Good afternoon.” The Personnel Vice President’s voice was relaxed and friendly. “How are you?”

”Mind if I ask why one of the largest, goddamn IS companies in the world can’t put its evals on the intranet?” Dar asked, testily. ”Do you know how much faster it would be?”

“Ah, Dar,” Mariana sighed, as though she’d been answering that very question all day long, which she had. ”If we did that, how would we comply with the regulation that dictates we make sure all our senior staff knows how to write longhand?” she inquired lightly. ”Now, now, you shouldn’t complain. You only have thirty people you’re directly responsible for. Think how José must feel. He has two hundred.”

Dar considered this, chewing the end of her pen. ”You’re right.

That put me in a much better mood.” She chuckled. ”He must be tearing 2

what’s left of his hair out.”

”You’re not kidding.” Mari sighed. ”Actually, the reason they’re not e-forms is because there were some concerns about employee security. The e-forms might be accessible by people on the intranet that really shouldn’t be able to read them.”

”Oh.” Dar thought about that. ”So, I probably shouldn’t tell you that I just passed by the main printer room and saw all of José’s completed forms that he had his secretary type in for him printing out?”

”It was like a feeding frenzy in there.” Dar grinned at the phone.

”And you didn’t stop it? Come on, Dar, you’re supposed to be the responsible management up there.”

”Hey, how was I supposed to know that wasn’t a new sales incentive of his?” Dar asked, reasonably. ”After all, I fill out mine longhand.”

”Jesu. All right, I could use a cup of coffee anyway. I’ll wander down there.” Mariana exhaled. ”How are you doing?”

”Uh huh.” Mariana sounded supremely unconvinced. ”Why do all you guys have to wait until the last minute?”

”Can you spell that phonetically, Dar? I’m sending them a carrier pigeon,” Mariana responded, in a serious voice. ”All right, I’ll put in a recommendation, again, for the forms to be changed to e-forms.”

”Thanks,” Dar grumped. ”Gotta go.” She hung up, and went back to her task. Each form had fifty categories in which she had to grade her employees, and a comments section which by regulation had to be filled in. ”Jesus Christ,” she sighed, riffling through the stack. ”Can’t I just send in a slip of paper that says ‘If they’re not fired, they’re fine?’” she complained to the fish, who wiggled their fins at her.

”No, huh.” She bent her head to the paper, then reached out and snagged a piece of dried fruit from a cobalt blue dish on her desktop and nibbled it.

A tap at the outer door was a welcome interruption. ”C’mon in,”

she called out, looking up to see her secretary poke her head in. ”Maria, have we gotten the status reports from marketing yet?”

The short, older woman shook her head. ”Nada and I have called that new facilitatoria there three times.” She walked across the carpeted floor and put several folders into Dar’s inbox. ”Three new accounts.

Kerrisita is going to be busy this week.”

”Mm,” Dar agreed, a faint grin tugging at her lips. ”Hang on.” She
Hurricane Watch

punched a number into the phone. It rang twice and then a perky voice answered. ”I need to talk to José,” Dar stated crisply.

”Tell him to get out of the john and onto the phone or he’ll have me in there hunting him down in thirty seconds,” Dar replied, pitching her voice lower. “With a web cam.”

Dar waited, checking her watch. She tilted her head and regarded her admin, who had a discrete hand covering her mouth to stifle her laughter. “I’m waiting,” she barked, after about twenty seconds.

At twenty two, the line picked up. ”What the hell, Dar?” José snarled.

”I need those status reports,” Dar snarled right back. ”And I frankly don’t have the time to have my goddamned staff running around the building chasing down your staff to get them.”

In the silence, she could hear his heavy breathing. She waited making a few more comments on the sheet she was working on, and munching another piece of dried fruit. ”I’m waiting,” she commented crisply.

”Hold on.” The line went to music, and Dar hummed along, selecting a pecan from the dish and pushing it towards Maria. ”Want some trail mix?”

The secretary accepted the offer, picking up a piece of apricot and putting it into her mouth. “Is good, yes?” She indicated the dish.

Dar glanced at the mix and then she took another nut. “Yeah,” she said. “Just something different for a change.”

”They’ll be there in five minutes,” José’s voice came back on. ”And stop scaring the shit out of my staff.”

”If your staff did their jobs, I wouldn’t have to be calling you now, would I?” Dar replied silkily, before she disconnected. ”Asshole” she muttered, shaking her head. ”Okay. If you don’t get those reports by the time you get out to your desk, let me know.”

”Si. Dar, have you seen Mr. José’s new assistant?” Maria lowered her voice. ”I’m not the one for to be talking in corners, but I hear twice today he is very sharp, and they are looking for him to how you say...go against you.”

Dar leaned on her elbows and fiddled with the pen in her hands, then looked up. ”I’ve heard the same thing.” Her pale, intense blue eyes regarded Maria. “Here we go again, huh?”

”Dios Mio.” The older woman's brow creased. ”Is trouble, no?”

Her boss pondered the words, then gave a half shrug.

Fabricini and I have met before,” Dar said. ”In fact, we used to be friends.” Her lips quirked. “Sort of.”

“Mm. We’re not friends now,” Dar acknowledged. “He doesn’t much like me anymore.”

Maria sighed. ”Is bad.” She frowned. ”Why cannot everyone just come, do their work, go home, not spend all day making problems,” she exhaled.

“Yeah, I know.” Dar fiddled with her pen. “Kerry’s got a meeting with him today. Figured she’d at least start off neutral.”

she said. ”Listen, I know I’ve got a meeting after lunch with the executive committee, but did we reschedule that client briefing for tomorrow or is it still at four?”

”I’ll check.” Maria headed for the door. ”And I’ll let you know about those reports.”

”Thanks.” Dar let out a breath, and went back to her task, concentrating for a minute, then dropping her pen down and leaning back, her expression thoughtful. After a moment, she got up and stretched, dropping her pen on the desk before she turned and strolled to the almost hidden door in the back of her office.

Pushing it open, she entered a long, utilitarian appearing hallway with walls on both sides, broken here and there by an anonymous door.

Whistling softly under her breath, Dar covered the length of it and paused before the door at the other end, then lifted her hand and knocked lightly on it.

The door opened so quickly she almost jumped back as a young woman of middling height and athletic build appeared in front of her.

“Hey.” Kerry Stuart entered the hallway, bumping her back a step and closing the door behind her. “I was just coming to look for you.”

She pushed the sleeves on her mint green linen shirt up past her elbows, and looked up at Dar, her pale hair ever so slightly disheveled. “What’s up?”“Word of warning. Maria heard rumors our new friend in Sales is after me,” Dar told her, with a wry expression. “And if she heard it, it must be white boarded over in Sales somewhere.”

”Sorry.” Dar’s gaze dropped. “I didn’t expect that bit of my past to come back around and kick me in the ass this month.” She leaned against the wall and exhaled. “Like we don’t have enough problems.”

“Don’t worry about it, boss.” Kerry gave her a friendly pat on the side. “Thanks for the warning, but I can handle him,” she said. “I’ll let you know what happens in the meeting, okay?”

“Okay.” Dar stuck her hands in the slit pockets of her skirt. “See you later.” She gave Kerry a smile, then retreated back down the hallway to her own office.

“Well,” she said, after a moment. “No one ever said this job was going
Hurricane Watch

She pushed off the wall and re-entered her office, pausing at her desk long enough to pick up her mug and then heading out the front door into the hallway.

Unlike the back corridor, the walls here were covered in stately and expensive textured weave, and the floor was covered in dark carpet.

Kerry walked a few steps on it before she turned into the break room and proceeded over to the counter at the rear of it.

“Morning, Kerry,” a woman seated at one of the tables greeted her.

“Morning,” Kerry replied cordially. She removed a canister from one of the cupboards and took a tea ball from it, setting it into her cup and running hot water over it. A gentle steam of raspberry and cream emerged.

“How was your weekend?” the woman asked. “Do anything interesting?” She was flipping through a fashion magazine in a bored manner.

“Not really,” Kerry replied. “Just did some stuff around the h...apartment. You know laundry, that sort of stuff.” She half turned.

“What about you, Margie?”

The other woman was looking at her. “Same stuff,” she agreed.

“Thought you were away somewhere. I didn’t see your car in the lot,”

she added. “My boyfriend lives in your complex.”

Kerry picked up her cup and stirred it. “It was in the shop,” she answered, after a brief pause. “But it’s true. I’m not around a lot. This place keeps me pretty busy.” She took a sip of her tea. “How are things over in Marketing?”