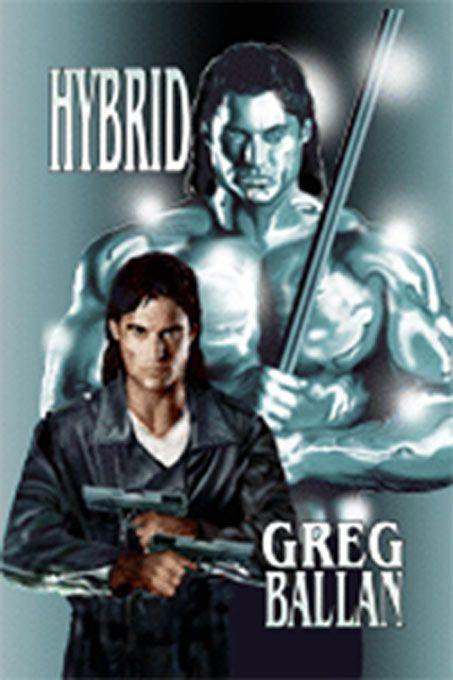 All rights reserved. The use of any part of this publication reproduced, transmitted in any form or by any means, electronic, mechanical, photocopying, recording, or otherwise, without the prior written consent of the publisher, Lachesis Publishing, is an infringement of the copyright law.

A catalogue record for the Ebook is available from the

multiple ebook formats are available from

This is a work of fiction. Names, characters, places and incidents are either the product of the author's imagination or are used fictitiously, and any resemblance to any person or persons, living or dead, events or locales is entirely coincidental.

A special thank you to my cousin,

and every other serviceman and woman who've sacrificed so much over the past four years for our freedom and safety.

Chris, you are truly an American hero.

To my son, Thomas—this book would never have come to be without your encouragement and honest critique.

You're the best friend a writer could have.

To my wife, Teresa, and my daughters Rachel and Christie—thank you for allowing me the time to be hunched over my laptop, talking to myself like a lunatic,

as I pieced this story together.

Douglas Gillespie hated the fact that he had been stuck up here in the middle of nowhere for nearly six weeks. He cursed loudly as he swatted at a swarm of annoying horseflies buzzing incessantly around his head. Doug dreamed of a 5-Star Boston restaurant, cold champagne, and attractive companionship. Spending time in this hillside forest digging an illegal mining tunnel was not his idea of a good time.

If the environmentalists or the state government discovered this little enterprise, they would be jailed, and their corporation would be facing a lawsuit of bankrupting-proportions. His attention left the annoying insects when his radio beeped.

“Go ahead.” He lazily keyed the mike on his radio.

“We found something, something fantastic!” the voice screamed through his receiver. “You'd better get down here.”

“What do you mean ‘something'? Details, man!” Gillespie continued to swat at one extremely persistent horsefly.

“We don't know! You're the expert here, so you get off your ass and get in here!” the voice answered with hostility.

Michael Gibson had been digging preliminary mining tunnels for twenty-five years. He had dug for D'Biers Consolidated in South Africa, Exxon, and several other large companies. This dig was supposed to be a cakewalk, but ever since a whisper-silent helicopter dropped him into this area four weeks ago, he knew something was not kosher with this particular operation.

There were no access roads leading up to their site, so a helicopter dropped everything in the dead of night. The choppers never had any running lights, and never made any noise. The wind from the wash of their rotors was the only evidence of their presence. Gibson knew that these were not standard cargo birds either. He had heard noisy Bell copters, and loud, clanky Huey Cargo carriers. These birds were different, even their rotors were near-whisper silent.

But since the tunnel collapse during the Exxon job, he hadn't been able to find any work. Gibson knew that he wasn't to blame for the accident; he had warned the petroleum company that tunneling under water was dangerous and unpredictable. When the roof of the tunnel collapsed, millions of gallons of seawater rushed in to swallow a small fortune in equipment and dozens of lives. Exxon blamed him. He blamed the company for ignoring his warnings. The end result was that no one would hire him with that accident hanging over his head.

This job was a blessing for him, in addition to being well paying; if he could bring this tunnel in on time and on budget he'd be set for life.

He stared nervously at the small chamber they had blindly stumbled into. They had tunneled down into the mountainside nearly one thousand feet at a forty-five-degree angle, and then dug parallel about another two hundred feet when they broke into a small chamber roughly forty feet in diameter. The walls of this chamber were polished mirror-bright and covered with strange engravings. At the far end of the chamber, directly blocking the progress of their tunnel, was a large metallic doorway with two huge gargoyle-like stone sentinels at either side. When Gibson looked at the figures he felt his flesh crawl with a deep ice-cold chill.

“All right, Gibson, what's so all-fire? Oh my God, what the hell is this?” Gillespie stared at the chamber with awe.

“You tell me,” Gibson remarked.

“I don't know; I'm a Geologist, not an Archeologist.”

“Who do you think did this?” Gibson continued, peppering Gillespie with another question.

“Elvis.” He looked at Gibson with a pained expression. “How in the hell would I know. Have you tried opening the door?”

“It won't budge,” Gibson replied. “We took a sounding of the door. It's at least a foot thick. The chamber behind it goes on beyond the range of our meter. Oh, and the metal in the door registers like nothing we know of. The spectrometer is giving us readings I've never seen before. Whatever it is, it's more sophisticated than titanium or any other steel alloy we're used to. Whatever culture made this chamber and whatever is beyond was fairly advanced. I'd say we stop what we're doing and get some qualified archeologists and scientists in here. This find could be priceless. Hell, it probably
is
priceless.”

“That would be nice, but implausible,” Gillespie replied, knowing that this operation was strictly secret and strictly illegal. “Blast it or bore through it; I don't care. Just get us through.”

“Are you crazy?” Gibson shouted. “We don't know what's behind this door. We don't even know if we can blow through it safely.”

“You're supposed to be one of the best in the business; that's why you're here. We're not here for some relic dig; we're here to do a job. The company doesn't care about artifacts; it cares about profits and share value; and may I remind you that our percentages are at stake if we can't do this job on time. If someone was kind enough to tunnel for us, so be it. Our orders are to get this tunnel dug and get things prepped for the second phase of the operation.”

Gibson shook his head. “Fine, you're paying the bills, but I'm on the record saying that this is a bonehead maneuver. If we blast, we risk bringing the whole hilltop down on ourselves. I'm not going to be standing here while tons of dirt and rock land on my head. This section of the mountain is already geologically unstable. We knew that going into this; that's why you hired me. If this tunnel collapses, where will the corporation's precious profits be then?”

“Then drill or cut or burn through; we'll get you whatever equipment you need,” Gillespie responded.

Gibson thought for a moment. “I have an idea.” He turned and headed out of the dark tunnel.

Gillespie watched him briefly as he vanished up the narrow corridor. He spun his head, studying the fearsome stone statues one last time before hurrying after the contractor.

Twenty-four hours transpired since the team had entered the strange chamber. Gibson and his work crew had emerged from the tunnel and not ventured back down since the initial discovery. Gibson had requested a very specific, large piece of equipment from an associate and ‘The Company’ was having it flown in this evening.

Gibson's men were all whispering about the eerie feel the chamber had and how reluctant they were to proceed any further. Gibson had to admit to himself that he too was nervous about violating the chamber without understanding what they were getting into. The massive stone gargoyles looked ominous and seemed to shriek of an unknown danger.

A large, silent helicopter lowered a bulky crate from its winch. Five of his crew attacked the crate like busy worker ants once it touched the ground. The work party, followed by a curious Gillespie, ventured back into the tunnel and set up the formidable-looking device in front of the large door inside the tunnel chamber.

“What is this thing?” Gillespie asked, staring the large device.

“This, my friend, is an Argon laser,” Gibson answered, patting the large emitter node. “It's one of three that have been developed for mining purposes, a by-product of the arms race of the 1990s. No explosions, no vibrations, we'll just burn clean through. I don't care what kind of metal that thing's made of, this puppy will more-than-do the job,” he added. “Are we all about ready?” He placed protective goggles over his head.

All of the men stood behind the large laser platform, each one holding their breath in anticipation, anxiety, and fear.

“Fire in the hole,” Gibson said as he activated the device.

A brilliant beam of reddish white impacted with the heavy door. Gillespie smelled something burning and saw the door glow with radiant heat. The weapon hummed with power as the generator increased its rhythm to accommodate the energy drain. Gibson knew the beam was having some slight effect, but wasn't cutting as effectively as he had anticipated. With trepidation, he increased the beam's intensity. The weapon chirped an octave higher. The door glowed brighter, and the circle of red molten heat increased in diameter another foot.

“We don't seem to be getting through,” he shouted above the loud chirping.

“Can you increase the beam's intensity any more?” Gillespie asked

Gibson nodded and increased the power to the unit by another twenty percent. “That's all she's got!” he shouted above the weapon's harmonic whine. “Any more and we'll fry the circuits for sure.”

The laser beam was nearly blinding now, even behind the dark protective goggles. The additional power had done the job. A large section of the door literally fell away in a molten pool of metal. Gibson quickly shut the machine down and activated the liquid nitrogen cooling units.

“We'll give it some time to cool before we go in,” Gibson said. “We don't need anyone getting fried by that molten slag.”