Read I Could Love You Online

I Could Love You 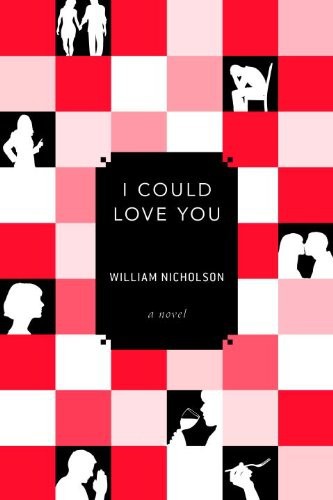 I COULD LOVE YOU

The Secret Intensity of Everyday Life

I COULD
LOVE YOU

The story takes place over seven days
in December 2008

‘Don’t you find,’ says Belinda, widening her blue eyes at Laura and wrinkling her pretty little nose, ‘even though you’re over fifty and married and da-de-da, don’t you sometimes feel this overwhelming urge to, oh, you know – do it with someone else?’

Laura laughs and shakes her head, not disagreeing.

‘Doesn’t everyone?’ she says.

They’re sharing an early lunch, sitting at the end table of the restaurant called the Real Eating Company, by the glass doors onto the terrace, which is deserted on this cold December day. The nearest other diners are three tables away, but even so Laura keeps her voice down, hoping Belinda too will lower her voice.

‘You look fabulous, Belinda.’ Laura is happy to offer the ex pected praise. ‘You know you do.’

Impossible to be jealous of Belinda, she’s so transparent in all her needs. Yes, she’s pretty, with her chipmunk face and her limpid eyes and that bob of silky-soft blonde hair that you want to reach out and stroke. And she’s kept her figure, slight as a girl, a boy almost. But with it all there’s a generosity, a way of seeming to say, I’m pretty for you, it’s my contribution, enjoy me. So when she calls and says she’s having a crisis and let’s do lunch, using those very words as if she’s a New York businesswoman when as far as anyone knows she does nothing at all, Laura finds herself saying yes.

Belinda Redknapp is the least likely of all the school mothers from the old Underhill days to be her friend, but Laura has always had a sneaking admiration for her. In her Donna Karan jeans and her cashmere tops, shamelessly calling out for admiration, naively delighted by compliments, she’s like a naked version of all of them: the school mothers who pretend not to care any more, who are too busy and too married and too grown-up to gaze at themselves in mirrors. When Laura’s children Jack and Carrie were little Belinda was known as the ‘yellow mummy’ because of her blonde hair, and more than that, because of the glow of fine grooming that shone about her like a golden aureole. But who’s laughing now? There’s something courageous, even magnifi cent, in her refusal to surrender to the march of time.

Belinda’s crisis turns out to be the imminent homecoming of her daughter Chloe.

‘I adore Chloe,’ she says, pouring herself a third glass of Pinot Grigio. ‘But she’s so like me when I was her age. Prettier really. It makes me feel like an aged crone. I never mind about my wrinkles until Chloe comes home. Then I want to die.’

Chloe is nineteen. Laura thinks of her own daughter Carrie, just seventeen and going through an awkward phase. Whatever you say to her she takes it the wrong way. Tell her she’s pretty and she says, ‘Just forget it, okay?’

‘She has boys climbing all over her, Laura. How’s that supposed to make me feel?’

But even as she says the words Laura knows they’re pomposities. Worse, falsehoods.

Don’t we all. But only Belinda says it aloud.

‘I swear to you, Laura, I feel no different to when I was Chloe’s age. I remember how I’d walk down the street and the men’s heads would turn, and I’d feel their eyes on me, like, oh, you know, like I was Julia Roberts.’

‘But you wouldn’t want to be nineteen again.’

‘I would! I would! I
loved
it!’ She puts her fingers to her face and pulls at the skin to smooth out the wrinkles. ‘Do you think I should get some work done?’

‘What does Tom say?’

Tom her husband, a plastic surgeon.

‘It isn’t sweet at all. He doesn’t want to give up a paid job to do work on me for nothing.’

‘Oh, I suppose Tom would do it if I really wanted it. Actually he is very sweet. I wouldn’t hurt him for the world.’

‘Why should you hurt him?’

‘Oh, you know.’ She picks up the menu. ‘I’m going to have a crème brûlée. Normally I’m careful about what I eat, but right now I feel what the hell.’

She waves to the young waiter, who has a ponytail and a tight waistcoat like a bullfighter. When he comes over she puts one hand on his arm as if to detain him, and gives him the full force of her beautiful eyes.

‘Do you think it would be too evil of me to have a crème brûlée?’

‘No problem,’ says the waiter. ‘I’ll take these plates if you’re finished with them.’

Laura watches with amusement. Pours herself the last of the wine. They’re splitting the bill, she deserves her share.

‘Oh yes.’ Belinda cheers up. ‘I forgot about that.’

‘So when does Chloe come home?’

‘I’m supposed to meet her train just before five.’

‘Well, I will, of course.’ She lets out a long sigh. ‘What’s so unfair is I’m so much better at sex than I was when I was young, and I have so much less of it.’

‘Are you sure you want to tell me this?’ says Laura. Belinda’s a little drunk.

‘Isn’t it the same for you? Don’t you have less sex now than when you were young? I thought it happened to everyone.’

‘I was always up for it, but to be honest with you I didn’t really get much out of it. You know how it was. You did it for them.’

Them. The boys. The men.

‘It’s different now.’ She wrinkles her brow, puzzling over the poor arranging of it all. ‘I really like it now. And all I’ve got is Tom.’

‘No, not really. Tom’s so sweet to me I’d never do anything to hurt him.’

‘Oh, God, is it?’ She shoots Laura a quick fearful look as if she’s been caught in the act. ‘It’s all Chloe’s fault, coming home like this. You know I only say these things. I’d never actually do anything. Somehow it helps to say it. Do you think I’m a terrible slag?’

‘No,’ says Laura. ‘You’re not saying anything the rest of us aren’t thinking.’

Grateful, Belinda takes Laura’s hand in hers across the table. Like a child cadging for love.

‘You’re wonderful, Laura. Do you know that? And you’re so beautiful.’

No higher praise coming from Belinda. But the compliment and the caress both have the same object. Look at me. Listen to me. Love me.

‘It’s a bugger, this getting older.’

Laura’s about to agree, or to let her silence presume assent out of habitual politeness, when she realizes she doesn’t share Belinda’s regrets. This is a surprise.

‘No, actually. No, I don’t agree. I like being the age I am better. I don’t want to be young again.’

‘Really?’ Belinda is astonished. ‘How extraordinary.’

‘I was always so anxious when I was young. I don’t think I really enjoyed my youth at all.’

‘Really?’ says Belinda again, visibly struggling to credit what she hears. ‘I wasn’t anxious at all, not as far as I remember. Tom was anxious. I remember that.’

Her face creases into a smile.

‘The first time Tom stayed the night with me I couldn’t get him to believe I wanted it. He was so shy. I had to pretend to be cold. Come over here, Tom. Sit by me and keep me warm.’ She laughs out loud at the memory. ‘The wonder on his face as he crossed the room. Christ, that must be over twenty-five years ago now. And you know, I knew right away he’d be a good bet.’

Laura thinks about Henry. She could say the same thing. Funny how you just know. Maybe it’s a matter of timing.

‘How could you tell?’ she says.

‘God knows. I just knew. I remember thinking, He’ll do.’ She bursts into laughter. ‘Christ, that sounds terrible. Like I’m trying on a cardigan.’

And Laura does know what Belinda means. It’s all about the right fit. Hard to describe, but you know it when you see it.

‘Tom used to be so funny,’ Belinda says. ‘He’d say these things in this really straight voice, talking about himself as if he was a clinical case. Like, he’d say, “The patient is not responding.” Or, “Failure of motor coordination due to excess nervous stimulus.” He was always suffering from excess nervous stimulus. It meant he’d got a hard-on.’

Belinda’s crème brûlée arrives. She speaks as she eats, so as not to notice she’s eating.

‘I used to think I married Tom because it just seemed the obvious thing to do. You know, without actually being in love with him. But when I look back, it was love. Just not that dangerous on-edge sort of love. Just as well, really. You can’t be on edge for twenty-four years.’

Laura pictures Belinda’s husband: a middling sort of man, soft-faced, eager to please. Bald, of course, as they all seem to be these days.

She’s wriggling about in her seat.

‘You have got it bad,’ says Laura.

‘I just can’t stop thinking about it. That’s all it is, a fantasy in my head. I’d never do anything. But it won’t go away.’

Laura realizes that Belinda is wanting to make a kind of confession.

‘Is this fantasy about someone in particular?’

‘Well …’ Belinda bursts into laughter once more, and then actually blushes. ‘There was this boy I had a crush on when I was seventeen. He was so gorgeous, and he liked me, you know? But I was going out with his best friend. Anyway, there was this one evening when I was round at Kenny’s place and Dom wasn’t there—’

‘Hey! I’m lost already. Which is which?’

‘Dom was my boyfriend. Kenny was this quiet lean gorgeous boy. Jimmy Kennaway. Everyone called him Kenny. We were just hanging out, talking, waiting for Dom, and then Dom called and said he couldn’t make it, his car needed fixing. Dom was the one with the car. So Kenny said, Let’s go and look at the sunset. That’s all we did. Went out into the back garden and watched the sky. We stood on this little patio and watched the sky, and after a bit I held his hand. Then he turned and looked at me. Then we kissed.’

‘That was all. We never spoke about it, not ever. Dom and me broke up a few months later, but Kenny was with someone else, and that was it. Except I’ve often wondered. Maybe Kenny was the one. Except he wasn’t, of course.’

‘What happened to him?’

‘Belinda! Are you stalking him?’

‘No. It’s only a fantasy. I mean, one kiss. It’s ridiculous. Only I have this feeling inside, it churns me up. Did you know all the surveys say women have their best sex in their forties and fifties? It something to do with oestrogen levels. You know the most common age for women to have affairs? Forty-five. That means I’m way overdue. I’m good now, Laura, I’m great, I’m never going to get any better. It’s all downhill from here. And Tom – darling Tom – let’s just say, Tom is past his peak. But I’d never actually
do
anything …’

She fades away, with a lift of her shoulders. But her eyes go on resting on Laura, waiting for a response. Laura wonders if she’s asking for permission, or just for understanding. She thinks of how it’s been for her and Henry.