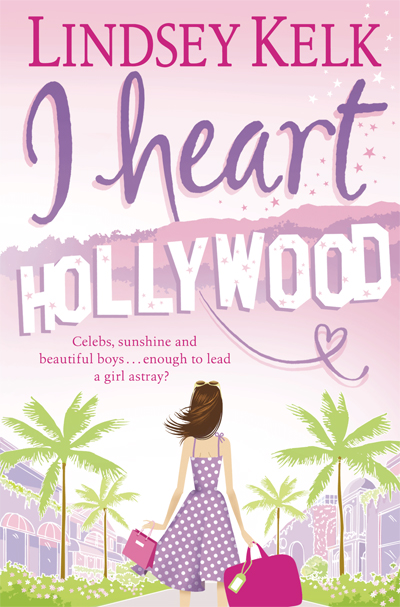 For Big Bear and Little Mouse (not as nauseating as it sounds, honest)

The wedding was perfect.

Just ten people at City Hall, no hymns, no readings, no fuss; and then over to Alta in the West Village for the reception. Tiny candles flickered in the faces of my favourite people: Jenny, Vanessa, Erin. And Alex. God, he looked pretty in a suit. I made a mental note to get that boy a three-piece more often. Like maybe at our wedding…no, bad Angela, too soon to even think it. Dum-dum-dee-dum…

‘So you don’t think I’m making a ridiculous mistake?’ Erin whispered over my shoulder, bringing me back with a bump. ‘I mean, it can’t be six months since I was telling you I would never get married again.’

I shook my head. ‘Not at all.’ I glanced over at the new Mr Erin, or Thomas as he was known to his friends. Or ‘that mad hot piece of ass’ as he was known to Jenny. ‘You wouldn’t be doing this if it wasn’t absolutely the right thing to do.’

‘Uh, which it totally is. Hello?’ Jenny Lopez swung in and planted a great big kiss on the bride, smudging Mac Ruby Woo lipstick all over her face. ‘He’s a super-hot, super-rich lawyer and super in love with you. I’m pretty sure they are the main three factors to take into consideration before you hitch your wagon. Plus, wow, classiest wagon ever. Even better than your last wedding. And way better than the one before that.’

‘My God, you are so rude,’ Erin playfully slapped Jenny’s mass of chocolate brown curls. ‘But you’re right. I couldn’t
not
marry him. He’s so sweet.’

‘Yeah, sweet. I’m totally only getting married when the guy can rent out my favourite restaurant for an entire Saturday evening.’ Jenny sighed and sank a full flute of champagne. ‘Doesn’t Thomas have any single friends? And I do mean, single, rich lawyer friends?’

I couldn’t stop smiling. The last wedding I’d been to hadn’t been such a roaring success. I had started the day as a blushing bridesmaid with a devoted fiancé and ended up a high-heel-wielding hand-breaker, whose devoted fiancé was at it with some tart in the back of their Range Rover.

After leaving everyone in the wedding party in tears and/or hospital, I had hotfooted it over to New York only to be taken in by Jenny: an entire family, best friend and therapist all in one. It hadn’t been a walk in Central Park but I’d found my way eventually. A job blogging for
The Look
magazine, great friends, an actual life, all the things that had been missing for so long. As a hand slid around my waist and pulled me close, I was reminded of the other thing I’d found in New York: Alex Reid.

‘So this is the nicest wedding I think I’ve ever been to,’ he gently pressed his lips against my skin. ‘And I have the hottest date here.’

‘Firstly, there are only eight girls in the entire wedding and secondly, it’s still not even true,’ I said, turning to brush Alex’s long black fringe out of his eyes. ‘Erin looks stunning, Jenny is ridiculously pretty in that dress and Vanessa—’

‘Will you please just take the compliment?’ Alex shook his head. ‘And I don’t care what you say, there’s not a girl in the whole city that could compare with you right now.’

I wrinkled my nose and accepted a kiss, silently thanking my lucky stars. We’d met just after I had arrived in New York and got far too serious, far too quickly. He had put the brakes on and I had spent six months cooling my heels, pretending I wasn’t ready to start dating but really wondering when it would be OK to call him. Eventually, I’d picked up the phone, cashed in all my karma chips and, thank God, Buddha and Marc Jacobs, he’d answered. Now I was just trying to have fun and ignore the constant burning feeling in my stomach, that this was it, that Alex was the one. There was no way I wanted a repeat performance of last time. I’d spent ten years with my ex and not once, not for a moment, had I felt so scared to lose him as I did when I lay wide awake at night, watching Alex sleep.

For the last two months, he had been the most attentive, thoughtful, heartbreakingly wonderful boyfriend I could ever have imagined. He bought me little gifts, like the beautiful sunflower, my favourite flower, he’d brought to pin to my olive green Cynthia Rowley shift for the wedding. He surprised me with indoor picnics when I was on deadline, ran out to pick up breakfast before I woke up and even trekked all the way over from Brooklyn to Manhattan with the handbag and keys I’d left at his apartment as well as a huge hangover-friendly pizza when Jenny and I had both managed to lock ourselves out of our place at three a.m. We never did find out where Jenny had left the keys…But, most impressively, when I’d drunk far too much at a wine tasting I was supposed to review for
The Look
, he’d held my hair back while I threw up. Outside a very fancy restaurant. While everyone was watching. On his shoes.

And it wasn’t just that Alex was competing for the title of World’s Best Boyfriend, there was also the little fact that he was also a total rock god to take into consideration. His band had released their third album while we were on our ‘break’ and, despite a little commercial and a lot of critical success, he was still being a complete angel. While Jenny was loudly insisting that he should be out snorting coke out of groupies’ belly buttons, Alex was lying watching
America’s Next Top Model
, eating Chinese takeout on our sofa.

‘Hey, how much does she make you want to puke?’ Jenny nudged me. ‘How come she’s been married, like, seven times and I can’t even get laid.’

‘I was just having a lovely quiet moment, thinking how lucky I am to have found such amazing friends,’ I tapped Jenny’s hand. ‘And then you go and ruin it.’

‘Aww, you love me,’ Jenny leaned her head on my shoulder and chucked me under the chin. ‘And you know I love you too. But seriously, I’m going to cry. If you and Brooklyn over there think you’re getting married before me you’re so wrong.’

‘Jenny!’ I looked over at Alex but he was giving one of Thomas’s investment banker friends his very best listening face. ‘Shut it. We’ve been together for about two minutes. You’ll jinx it.’

‘Not possible honey.’ Jenny swept her hand over the candle in front of her. ‘How many nights have you spent apart since you got back together? Three? Four tops. He is totally into you. And I know you’ve got the wedding march on replay in your head. I will bet you anything that you have a ring on your finger inside the year. You want me to direct him to some of the more tasteful options? I know he’s all, like, ‘creative’ but you have to get something you can wear for the rest of your life.’

I combed down my long light brown fringe nervously. ‘Seriously, stop it. We’re taking things slowly and you know it.’

Jenny smiled. ‘I know but it’s totally obvious. And you know that I’m really pleased for you, it’s awesome. But Angie, we have to get
me
laid. It’s been like six months, for crying out loud. Oh, thank God, food.’

‘Yes, because I really feel like eating right now,’ I muttered.

Dinner passed by altogether too quickly, the food amazing but not soaking up the champagne as quickly as I would have liked. A sausage roll and chicken drumstick would really have helped, but this was a classy New York function, not a Clark family knees-up. As dinner turned into speeches and speeches turned into drinks, I excused myself from a fascinating research analyst who almost passed out when I told him I didn’t have a pension, and went to look for people I actually wanted to talk to. Erin and Vanessa were busy fulfilling bride and bridesmaid duties at the door, Jenny was giving several of Thomas’s friends her best nodding and smiling while Alex was presumably hiding from the same people in the bathroom. He could dress up in a suit and comb down his messy black hair but he couldn’t hide the look in his eyes when Thomas and his friends started discussing stocks and shares. Without anyone to protect me from the same death by conversation, I vanished up to the balcony to hide.

‘You planning on spying on people too?’ Alex asked as I rounded the top of the stairs. He was leaning over the banister, nursing a champagne flute, his tie and collar loosened.

‘So this is where you’ve been hiding,’ I took a sip from his glass. Well, one more couldn’t hurt. ‘I thought maybe you’d left with your new boyfriend from dinner.’

‘Yeah, I think we’ve hit it off. You know I’ve always been fascinated by high-yield bonds.’

‘I knew the band was a front. So who are we spying on?’

He pointed down towards the makeshift bar at the back of the restaurant. ‘Well, it was you but then you vanished, so mostly Jenny. Just trying to work out who her target is this evening.’

I spotted her immediately, leaning against the bar, all glossy curls and red pout. She sipped on a clear cocktail and checked her nails, ignoring the guy standing next to her, who was awkwardly trying to attract her attention with a weak cough and terrified smile.

‘Looks like she’s over Jeff at last,’ Alex nodded.

‘Looks like,’ I frowned. ‘But I don’t really know. One minute she’s all “I want to get laid, I want to get laid”, but then she’s sat at home every night watching
Nanny 911
. See? It’s like he isn’t even there.’

‘Maybe she’s just choosy?’ Alex suggested as the hapless banker gave up and moved on to Vanessa. ‘Or maybe she just really likes
Nanny 911
?’

‘Well, yes she does and she ought to be choosy, she’s gorgeous, but it’s more than that,’ I said. ‘I don’t know. She goes out, she meets men, they give her their numbers and she never calls. And then at the same time she’s rattling on all the time about how she’s not getting any. I just don’t know what to do for the best. I know she’s hung up on Jeff still but it’s the one thing she absolutely will not talk about. Sober.’

‘Does she still think they’ll get back together?’ Alex leaned his head against mine.

I shrugged and pouted. The official line was that she was totally over her ex, but the unofficial, drunk-at-two-a.m. line was, ‘I’ll never get over him as long as I live, he’s my soul mate.’ But I had a feeling that wasn’t something she wanted to share with Alex.

‘So I don’t tell her that some blonde moved in with him yesterday?’ he asked. ‘Sorry I didn’t say anything earlier. I totally forgot.’