Read I Saw a Man Online

I Saw a Man 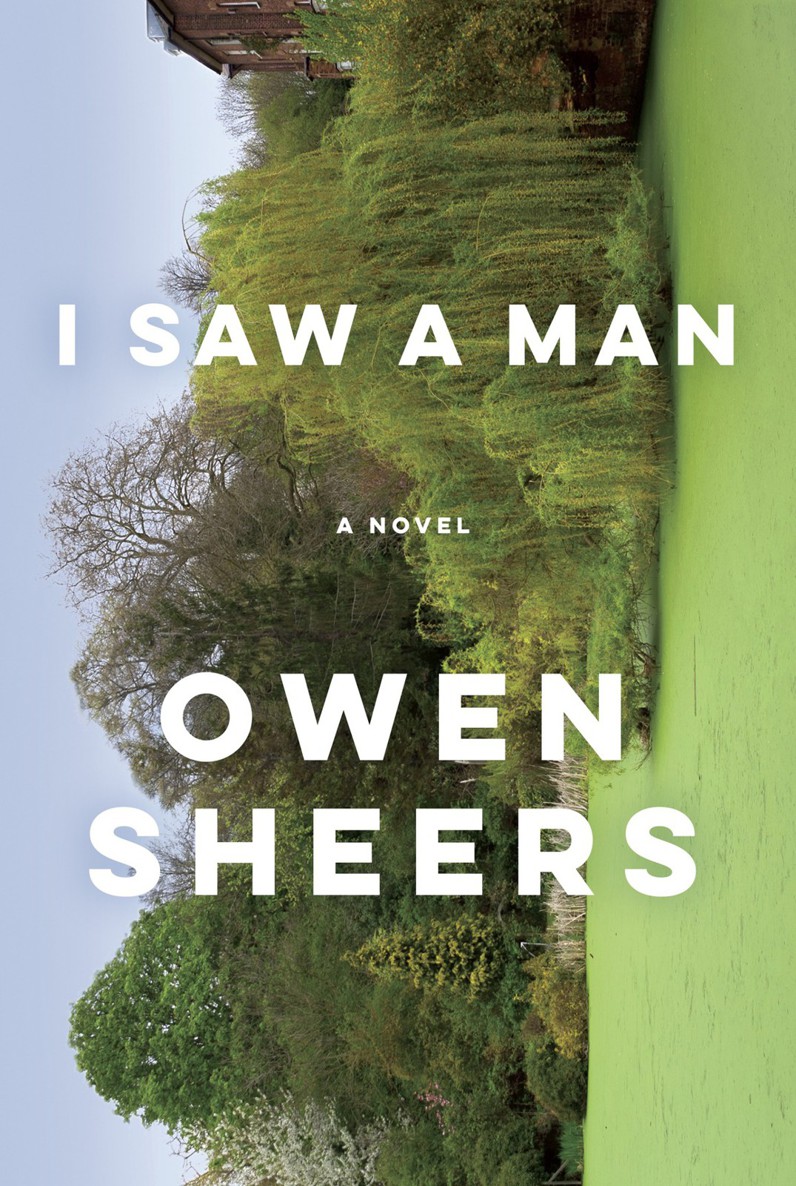 The Gospel of Us

A Poet’s Guide to Britain
(editor)

The Two Worlds of Charlie F. 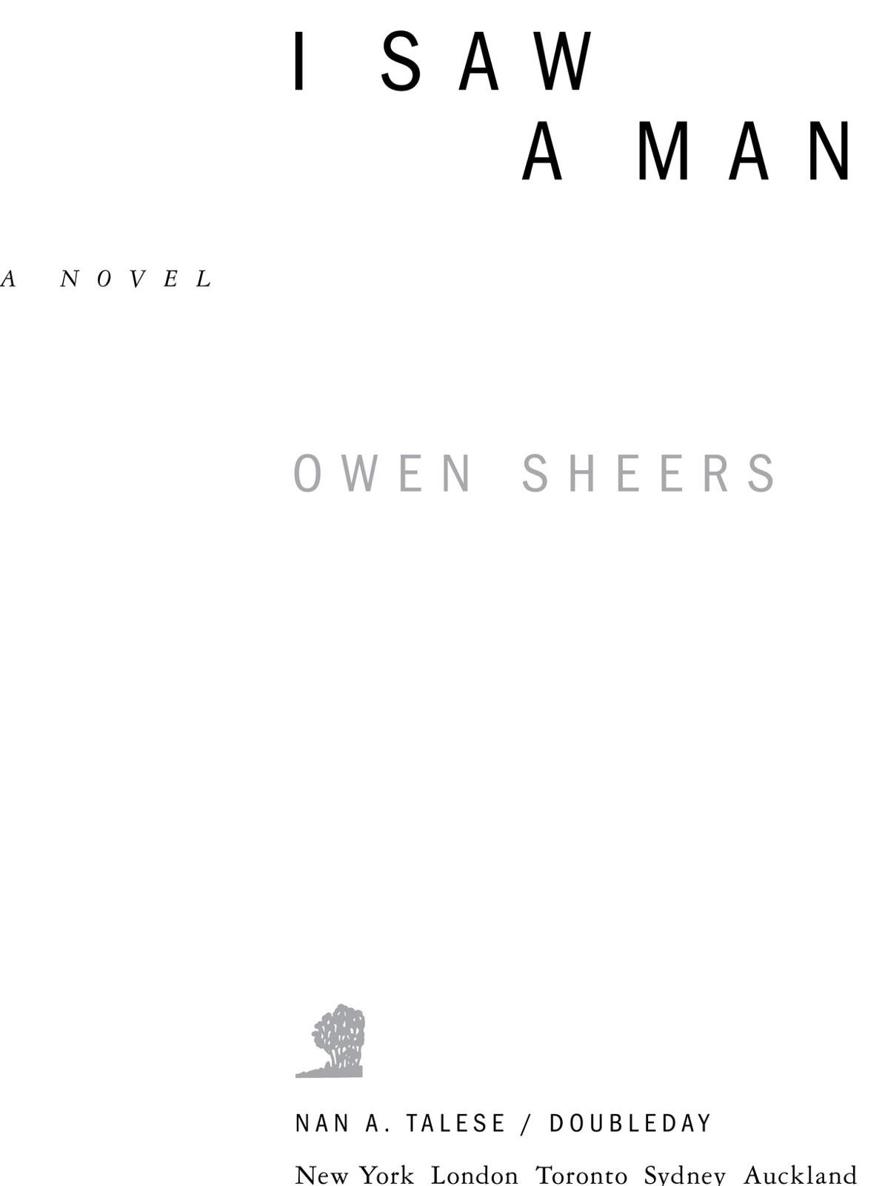 All rights reserved. Published in the United States by Nan A. Talese/Doubleday, a division of Penguin Random House LLC, New York. Simultaneously published in Great Britain by Faber and Faber Limited, London.

Yesterday, upon the stair,

I saw a man who wasn’t there.

He wasn’t there again today,

I wish, I wish he’d go away

—from a version of “Antigonish” by William Hughes Mearns

THE EVENT THAT
changed all of their lives happened on a Saturday afternoon in June, just minutes after Michael Turner—thinking the Nelsons’ house was empty—stepped through their back door. Although it was early in the month, London was blistered under a heat wave. All along South Hill Drive windows hung open, the cars parked on either side hot to the touch, their seams ticking in the sun. A morning breeze had ebbed, leaving the sycamores lining the street motionless. The oaks and beeches on the surrounding Heath were also still. The heat wave was only a week old, but already the taller grass beyond the shade of these trees was bleaching blond.

Michael had found the Nelsons’ back door unlocked and ajar. Resting his forearm against its frame, he’d leant in to the gap and called out for his neighbours.

There was no reply. The house absorbed his voice without an echo. He looked down at his old pair of deck shoes, their soles thick with freshly watered soil. He’d been gardening since lunchtime and had come straight over to the Nelsons’ without washing. His knees, showing under his shorts, were also smudged with dirt.

Hooking the heel of his left shoe under the toe of his right, Michael pulled it off. As he did the same with the other, he listened for signs of life inside the house. Again, there was nothing. He looked at his watch—it was twenty past three. He had a fencing lesson on the other side of the Heath at four. It would take him at least half an hour to walk there. He went to push the door wider, but on seeing the soil on his hands, nudged it open with his elbow instead, then stepped inside.

The kitchen was cool and dark, and Michael had to pause for a moment to allow the sunlight to dissolve from his vision. Behind him his neighbours’ garden sloped away between a pear tree and a shrunken herbaceous border. The parched lawn tapered to a wooden fence shot through with reeds. Beyond this fence a weeping willow bowed to one of the ponds on the Heath. In the last month these ponds had grown a skin of green duckweed, surprising in its brightness. Just a few minutes earlier, while resting on his heels, Michael had watched a coot as she’d cut her way through it on the far side, her nun’s head pumping her forward, a cover of chicks crisscrossing over her wake.

Standing in the kitchen, Michael listened once more. He’d never known Josh and Samantha to leave their house unlocked and not be home. He knew Samantha was away with her sister, Martha, for the weekend. But Josh and the girls, he’d thought, had stayed. The house, though, was silent. The only sounds Michael could hear were from the Heath at his back: a dog barking, the chatter of distant picnics, the splash of a diver from the swimming pond beyond the walkway. Closer, in a nearby garden, he heard a sprinkler begin chopping at the afternoon. Such was the stillness of the house that from where he stood in the kitchen these sounds already had the texture of memory, as if he’d crossed a threshold in time, not of a home.

Perhaps Josh had left a note? Michael went to the fridge to look. It was a broad-shouldered American model in brushed steel, an icemaker embedded in its door. A desk’s worth of papers jostled for position across its surface, pinned under a collection of Rothko fridge magnets. Michael scanned the takeaway menus, shopping lists, school notes, but none of them gave any clue as to where Josh might be. He turned from the fridge and looked around the rest of the room, hoping to find something that might explain why the back door was open but no one at home.

Like the rest of their house, Samantha and Josh’s kitchen was solid and generous. At its centre the slatted shadow of a venetian blind fell across an island work surface. Around this were an oven, two hobs and a chef’s array of utensils. On the other side of a breakfast bar, potted plants fringed a sagging sofa and two armchairs in the conservatory, ochre blinds drawn over its glass. Back within the kitchen itself, an oval dining table occupied the far end of the room, and there, hanging above it, were the Nelsons.

The portrait was in black-and-white, a studio shot taken when Rachel was still a toddler and Lucy a baby. The two children, wearing matching white dresses, sat on their parents’ laps. Samantha laughed down at her daughters, her eyes averted from the camera. Josh, however, smiled directly into its lens, his jaw more angular than that of the man Michael knew now. His hair, too, was darker, cut in the same boyish style he still wore, but without the dustings of grey spreading at his temples.

Michael met the gaze of this younger Josh for a moment. He wondered if he should call him and let him know about the open back door. But his phone was in his flat, and Michael didn’t know either Josh or Samantha’s numbers. And perhaps he shouldn’t worry them, anyway? From what he could tell there were no signs of disturbance. The kitchen looked just as it always did.

Michael had known the Nelsons for only seven months by then, but their friendship, once made, had been quick to gather momentum. Over the last few weeks it had felt as if he’d eaten at their table more often than at his own next door. The path that led from their lawn through a break in the hedge to the communal garden of his own block of flats had been indiscernible when he’d first moved in. But now there was already the faint tracing of a track, worn by his feet when he dropped by in the evenings and those of Samantha and the girls when they called for him on the weekends. As a family, the Nelsons had become a settling presence in his life, a vital ballast against all that had gone before. Which is why Michael could be so sure the kitchen hadn’t been searched or disturbed. It was the room in which he’d spent the most time with them, where they’d eaten and drunk and where so much of his recent healing had happened. The room where for the first time since he’d lost Caroline he’d learnt, with the help of Josh and Samantha, to remember not just her absence, but also her.