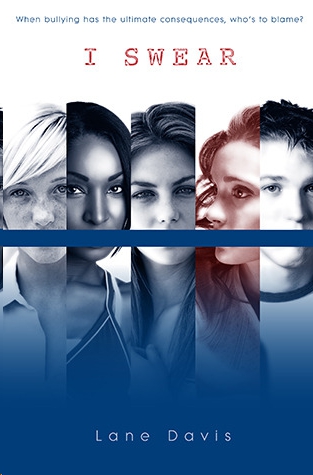 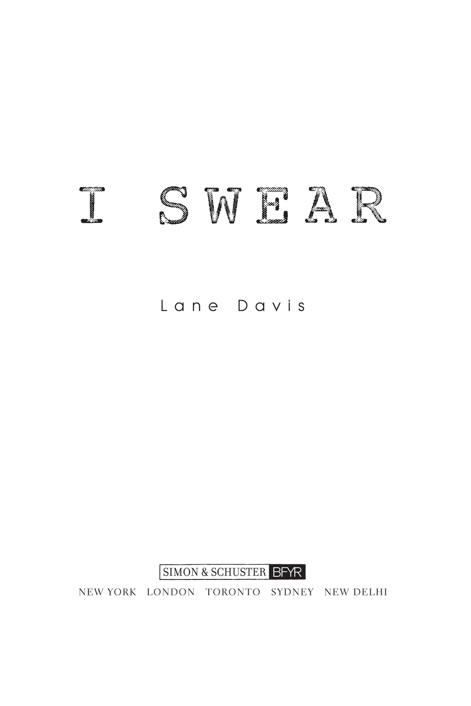 For E.K.B., who loved this story first

Leslie Gatlin couldn’t believe the words she was reading on the screen.

Of all the emails and all the Facebook messages and all the texts and phone calls she’d received since she’d stepped into Macie Merrick’s crosshairs, this one was the worst.

As the sobs came one more time, she slowly closed the lid of her silver laptop and laid her head down on top of it.

You finally did it. You finally lost the last friend you’ll ever have.

It was almost a relief. No one would miss her now when she left.

She picked up her laptop. The necklace Jake had brought her was lying on the coffee table, and she slipped it into the back pocket of her jeans. She walked across the living room to the front entry foyer and paused there for a moment, staring
up at the modern chandelier that hung from the ceiling two stories above. It was pretty, but unremarkable, sort of exactly what you’d expect. The tile was hard and cool against her bare feet, and as she reached the stairs to her room, her toes sank into the new carpet: beige and soft—a nice camel-color berber—durable, strong, and above all, neutral.

“Flip a house a year” had been her father’s real estate investment plan, and it had worked like a charm. He was a contractor; her mother was a real estate agent with a flair for interior design.

So for the past six years, Leslie had lived in a newly remodeled house each school year. Every one was different, but every one was exactly the same: eggshell walls, bone ceilings, café au lait trim, camel berber carpet on the stairs. It all looked tan to Leslie.

“It’s like we live in Banana Republic,” she always told her mother as she pleaded for an accent wall to liven up her bedroom in each new house. She begged for pink in sixth grade, then purple in seventh. Finally she asked for a warm olive green in eighth, but the answer was always the same:

“We’ll be moving soon, and deep colors are so hard to hide with white.”

Since sixth grade she’d lived in houses decorated for the people who would live there next.

She opened the door to her room and suddenly wondered who that would be.

Who will live in these four white walls after I do? Who will call this home?

Her dad had already signed a contract on the next remodel. Her mom had the For Sale sign in the garage. It had taken longer to secure the financing now that the housing market had tanked, but her parents were going to do well on this house, just like they’d done well on all the others.

She placed her laptop on her desk, and as she closed the door to her room, she reached up and took down the sign that was hanging there. “LESLIE” was spelled out in a lumpy font of macaroni and spray paint—a camp craft that her mother insisted on installing in every new house. Leslie fingered the petrified pasta covered in glitter and dust and thought about the summer after third grade, when she’d made friends with the twins, long before they’d started going to school together.

Suddenly she was crying again.

She felt for the necklace in her back pocket, and before she could stop herself, she’d taken it out and put it on, pulling open the neck of her zip-up sweater in front of the full-length mirror that leaned against the wall next to her bed so she could see the tiny silver anchor hanging under her chin. Jake had worn the ship, and Jillian the little captain’s wheel. She stared
back at her reflection for a moment, then glanced away as if it hurt to look too long.

In order to combat the glare of the white walls, she’d hung as many bulletin boards and tack strips as her dad would put up for her, and pinned up pictures from magazines and catalogs along with shots she’d enlarged and printed from her camera. Vacation with her parents rafting in the Grand Canyon last summer, ads from the
Seventeen
prom dress issue, pages from the spring J.Crew catalog.

Her eyes wandered from the mirror to a picture of her and Jillian and Jake on a sailboat the summer after eighth grade, when they’d bought the necklaces. Their families had gone to Cape Cod that year. There had been sailing, and lobster on the beach, and races in the sand, and one night, when no one else was awake, a kiss from Jake.

Just get in the car.

She’d been considering it for months. Finally, tonight, the pain was too great, and she’d made the decision to leave.

Just get in the car.

Earlier that night she’d been gathering the things she wanted to take with her, when Jake had showed up on the front porch, holding her necklace. Demanding to know how Macie Merrick had gotten her hands on it.

“Where are you going?” he’d asked.

“That’s all you’re taking?” The bag in her hand had been small and light.

“I won’t need anything else.”

Now she switched off the light and padded back down the stairs to the kitchen. In the glow of the screen on the front of the silver refrigerator her father installed in every kitchen he built, Leslie found the spare key to her mom’s car in the drawer under the toaster.

In the garage, she tossed the duffel bag onto the passenger seat of her mother’s Audi, put on her seat belt, adjusted the mirrors, and turned the key in the ignition. She knew her parents would never hear the car start from the opposite end of the house, and as she turned it on, the oldies station her mother listened to softly filled the air. The music swelled and a woman with a sob in her voice sang out the words “All I see is you.”

She rolled down the windows, and the warmth of the garage rolled into the car. It was late April, but already the
temperatures were headed up, and the garage smell of cement and unfinished Sheetrock and new spackling filled her nose. Leslie listened to the song and wondered who this woman was and where her love had gone. Or maybe this singer had left like Leslie was doing now.

She picked up the duffel bag on the passenger seat and laid it on her lap. She felt the anchor around her neck and considered where to go. She looked up at the rearview mirror and caught a glimpse of herself: A girl with chin-length blond hair whose mascara was running stared back at her. Perhaps once, she’d been pretty. Now she was unremarkable, sort of exactly what you’d expect.

Tears started to stream down the face of the girl in the mirror, and as they did, Leslie closed her eyes. The words she’d heard so often rang in her ears.

You are pathetic and worthless. You should just kill yourself.

In her heart, Leslie felt something click. Like a door swinging closed. She finally knew one thing for sure: Even if she went to Portland, even if she drove a hundred miles an hour and didn’t stop until she was standing on Aunt Laura’s doorstep, she could never outrun this pain. It would never end, unless she ended it.

Deep down inside, she knew that going to Aunt Laura’s would never do that. That was just the story she’d told herself to get her to the car in the garage. Going nowhere was
the only real option. It had been her first idea, and now in the warmth of the garage, with the sound of the softly purring engine and the song filling her ears, she decided it had been her best choice. In the end, it was the least complicated, and the only thing that would work for certain.

As the exhaust began to tickle her nose, she laid her head back against the seat and closed her eyes. Her hand wandered to the shoulder strap of the duffel bag in her lap. She took a long, deep breath and thought about all the things she’d packed to bring along.

And all the things she’d leave behind.

When I got back to my room with the Diet Cokes, Macie was finishing the Facebook message to Leslie. As I set the cans down on the desk, she looked up at me with a quick smirk, then back at the screen. A satisfied smile slowly spread across her face. Then she flipped a long strand of honey-blond hair over her shoulder.

“Straight-A Jillian, your proofreading skills are now required. Nothing is worse than a typo in a suicide note.”

“Totally.” Krista giggled. “That would really make you want to kill yourself.” She and Beth dissolved into laughter on the floor. I gingerly stepped over Katherine to sit down at the computer as Macie slid away and popped open a Diet.

The words on the screen were typed into a Facebook message. It read:

TOP 10 THINGS TO REMEMBER IN YOUR SUICIDE NOTE

1. Apologize for all the terrible sweaters you wore.

2. A brief rundown of how bad you were at volleyball.