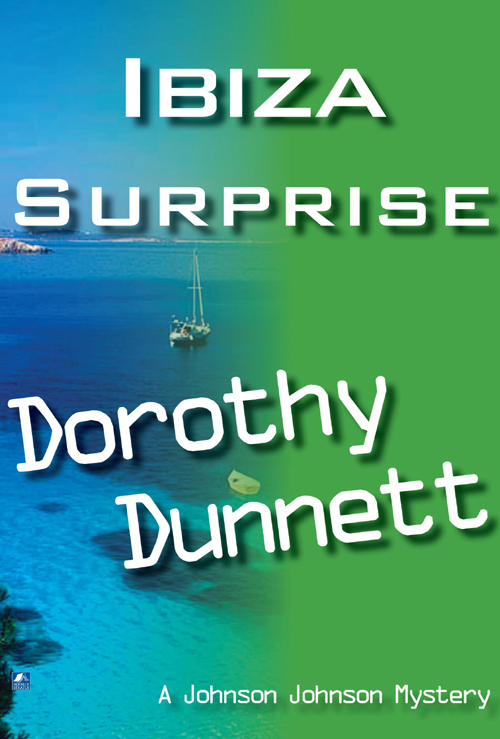 The right of Dorothy Dunnett to be identified as the author of this work has been asserted.

The Dorothy Dunnett Society can be contacted via
http://dorothydunnett.org

Dorothy, Lady Dunnett, was born in Dunfermline, Scotland in 1923, the only daughter of an engineer, Alexander Halliday, and his wife Dorothy. Whilst gifted academically and musically, she was not encouraged to further her talents by attending university, and instead joined the civil service in Scotland as an assistant press officer. In 1946, she married Alastair Dunnett, who was at the time the chief press officer to the Secretary of State for Scotland. He went on to become editor of
The Scotsman
newspaper, whilst she later worked on a statistics handbook for the Board of Trade.

After a brief spell in Glasgow, the couple settled in Edinburgh where their home became a centre for hospitality and entertaining, mostly in support of Scottish art and culture. Dunnett had also taken evening classes at the Edinburgh College of Art and the Glasgow School of Art, and from 1950 onwards she established a prominent career as a portrait painter, being exhibited at both the Royal Scottish Academy and the Royal Academy. She was also an accomplished sculptress.

Her interest in writing developed during the 1950’s. Her own tastes took her to historical novels and it was her husband who eventually suggested she write one of her own, after she had complained of running out of reading material. The result was
The Game of Kings
, an account of political and military turmoil in sixteenth-century Scotland. Whilst turned down for publication in the UK, it was eventually published in the USA where it became an instant best seller. Other titles, such as the
Lymond Chronicles
and
House of Niccolo
series followed and which established her international reputation.

She also successfully turned her hand to crime, with the
Johnson Johnson
series. He is an eccentric artist, famous for bifocals, and of course amateur detective. All of the titles in the series somehow also feature the yacht ‘Dolly’, despite ranging widely in location from Scotland, to Ibiza, Rome, Marrakesh, Canada, Yugoslavia, Madeira and The Bahamas. There is plenty of sailing lore for the enthusiast, but not so much it detracts from the stories genre; crime. Each of them is told by a woman whose profession explains her role in the mystery and we learn very little about
Johnson
himself, save for the fact he is somewhat dishevelled in appearance.

Dorothy Dunnett somehow fitted in her many careers and voluntary work, along with supporting her husband’s endeavours, yet still found the time to correspond widely with her readers from all over the world, and was often delighted to meet with them personally. She held the rare distinction of having a Dorothy Dunnett Readers’ Association formed during her lifetime and collaborated with it as much as possible.  A writer who has been described as one of great wit, charm, and humanity, yet whose work displayed toughness, precision, and humour, she was appointed to an OBE in 1992 for services to literature and became Lady Dunnett in 1995 when her husband was knighted. She died in 2001, being survived by her two sons; Ninian and Mungo.

With affection for Willie Mackinley, who knows these seas better than
Dolly

So Janey used to say, before it all happened. Common, like see-through gloves and champagne stoppers and high heels with trousers.

I thought so too, until Janey went on her bender in the last term at St Tizzy’s, and Flo and I had to undress her and pop her contact lenses out on the bed. I think contact lenses are common.

St Theresa’s is the pricey establishment at which Flo and Janey and I were all pseudo-educated. You couldn’t call it broad-minded on sex, but it was absolute death on religious disparity. Naturally, we went through Zen Buddhists like chaff, and I remember going out for weeks with a Catholic boy, and not only to spite the biology mistress. He was, I recall, to have the interest on £20,000 capital when he was eighteen. He told me the percentage, and I worked it out in my prep book. It sounded all right. Then I found him snogging with Janey, and we had a row to end all rows, and that was the end of the ecumenical urge at St Tizzy’s.

I used to wonder if Daddy would have swallowed the Catholic bit because of the money. I think I worried in case he stopped sending me fivers for birthdays, if I upset him too much. Now, of course, he doesn’t send me fivers, and he couldn’t swallow anything anyway, if you want to put it like that, since he was found with his throat cut, that night in Ibiza.

I remember Flo in the flat, waiting to tell me that Daddy had passed on to better things. I’d been out all that day, cooking a conference lunch for sixteen dental surgeons. I suppose you’d call Flo my very best friend. She was fat, and rather well off, and had a mother I thought fairly decent. Not too Red Cross and County, but rather giggly and ineffective and well-meaning, like Flo. After we both left St T’s, Flo and I did our course of Mother Trudi Haute Cuisine together. Three months and eighty-nine guineas, forked up by Daddy. And all the qualifications you need to share a flat with another girl and do freelance cooking in London. That was what they told you, at least.

At any rate, I came back to the flat that afternoon with my pockets full of free dental samples and a bit of greaseproof paper with the telephone number of the one unmarried dentist, and there was Flo, looking pained with her teeth sunk into her lip, which meant she wanted to giggle. Sudden death affects a lot of people that way, and after all, there are more dignified ways of committing suicide than taking a razor at night to a boatyard and climbing on to the back of a horse-winch. I suppose, knowing Spain, Daddy thought the gas oven wouldn’t have enough pressure. Or maybe he remembered last time, when Mummy first left him, and Derek came in from cricket and turned the gas off.

Derek was always, so to speak, turning the gas off. He’s my brother. There are only the two of us, and I must say my first thought when Flo told me Daddy was dead was, hell, where does the money come from now? For since Derek got himself a nice job in electronics in Holland, the fivers from that quarter have pined away to a joke. I asked Derek for a thousand pounds when I left the Mother Trudi to set myself up in a kitchen, and when I got his reply, I felt bloody Bolshie, I can tell you. What’s a thousand quid to an engineer? He doesn’t even have dirty weekends to spend it on: he isn’t that sort of boy. And there’d be nothing from Daddy. He got an income from a trust that would end when he died, and the same trust had paid for my education and Derek’s. After that, we’d get nothing until we were thirty, and even then hardly more than would pay for an E-type Jag apiece. Everyone says that’s a hairdresser’s car. All I can say is, I never met a hairdresser who had one.

At any rate, there was Flo and the woman who owns the flat, waiting to tell me that sad tale; and apparently the phone had been ringing all morning, and the trustees had called, and a friend or two of Daddy’s, and the press. Flo had given the newspapers the
Tatler
picture of Daddy and me at the Malaysian banquet. I’d made the dress myself, and it looked it, but Daddy had sprung the cash for a hairdo, and someone he’d had lunch with had lent him the family tiara, and I’d spent half an hour over my eyes.
The United Kingdom High Commissioner shares a joke with Lord Forsey of Pinner, and the
Hon. Sarah Cassells, his daughter.
He was never sober enough to be photographed after the
Tatler
went out of print; although I don’t suppose that had anything to do with it.

Derek was flying out, they said, to identify the body. I didn’t want to identify the body, but I’d have liked to have gone to Ibiza which is a Spanish island in the Mediterranean, just south of Majorca. I phoned a couple of cousins with the sad tidings, and they both invited me to stay, after a bit, but nobody forked out, and I hadn’t even been paid for the dentist yet. About that stage, I went into the bedroom and phoned the telephone number on my piece of waxed paper, but he was working late that night and then going away for a fortnight. In March, I ask you.

In the next room the woman who owned the flat was saying in heavy West Kensington . . . ‘her mother?’. . . and Flo was explaining. Good luck to her. The press could track down Geraldine, Lady Forsey, and tell her. I didn’t care. My mother is an American bitch who married poor Daddy for his title and then walked out on him. And on us. She’ll be sitting in the Lincoln Center right now, drinking bullshots with Lenny Bernstein. Music, painting, the Dance. Culture. The artistic experience. A far cry, at any rate, from a Spanish boatyard and a bankrupt and permanently sloshed nobleman riding around and around in the dark on a horse-winch. I approved of him, rather. I mean, you talk of them at school as if they were dotty, and he was a drunken old sot. But I did approve of him.

Bobbi Smith by Heaven
Blazing Hotter (Love Under Fire Book 2) by Chantel Rhondeau
The Guardians' Pendants (The Zor Chronicles Part I) by A. Elford
Fuel To The Fire (New Adult Contemporary Romance) by O'Connor, Brynn
Love in the Air by Nan Ryan
Save the Enemy by Arin Greenwood
The Gift by Cecelia Ahern
Blightborn by Chuck Wendig
Vinegar Hill by A. Manette Ansay
Beauty and the Werewolf (Entangled Covet) (San Francisco Wolf Pack) by Kristin Miller