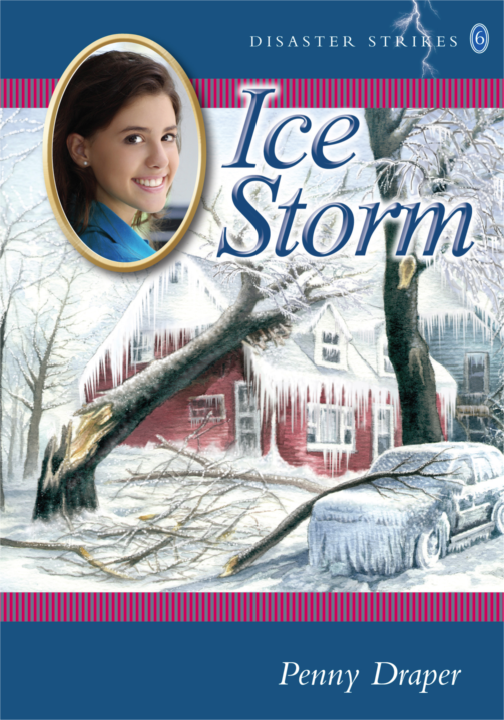 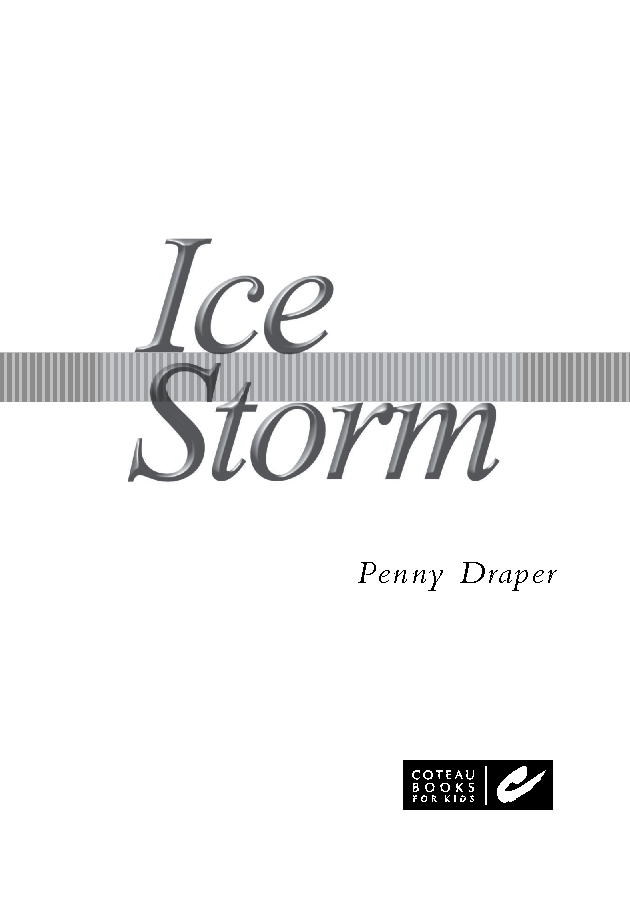 All rights reserved. No part of this publication may be reproduced, stored in a retrieval system,
or transmitted, in any form or by any means, without the prior written consent of the publisher or a licence from The Canadian Copyright Licensing Agency (Access Copyright). For an Access Copyright licence, visit www.accesscopyright.ca or call toll-free to 1-800-893-5777.

This novel is a work of fiction. Names, characters, places, and incidents either are the product of the author’s imagination or are used fictitiously. Any resemblance to actual persons, living or dead, is coincidental.

Available in Canada from:

Coteau Books gratefully acknowledges the financial support of its publishing program by: the Saskatchewan Arts Board, the Canada Council for the Arts, and the Government of Canada through the Canada Book Fund.

To Shirley and Ken of Hillandale Farm

and the dairy farmers who put milk on our tables

and to Aunt Margaret,

A
lice hated her alarm clock.

It had been such a lovely dream. She’d been skating, flying over the ice. Only her mother was watching; there was not a frowning judge anywhere. As her dream self gathered speed for the double axel, she’d felt absolute confidence deep inside. The landing was magic. Her mother’s smile lit up the arena.

Then the alarm’s shrill scream ruined everything, pushing her mother’s face back into the fog of sleep. It was 5:00 a.m.

Alice burrowed a little deeper under the covers. Having to give up her warm bed for a cold arena made her want to cry. But her skating pro would be waiting. And the junior Canadian championships were just around the corner.

Alice had to skate all the time. It wasn’t fun any more.

Trouble was, everyone said she was a great figure skater. A real star. So she
had
to skate, and too bad if it took every waking moment. Her dad did his part. He had to work long hours because ice time and skating pros cost a lot of money. They both kept doing it because it would have made her mother happy. That should have made it worth the effort, but Alice knew she was unhappy. No time, no life, no friends. Except for one – her cousin Sophie, who lived on a dairy farm near Saint-Hyacinthe. Sophie didn’t get to Montréal very often, although they emailed each other every day. Thank goodness for Sophie.

They hadn’t always been friends. Their moms were sisters and thought the girls should be close because they were exactly the same age. But they’d never liked one another, not even when they were small. They were complete opposites. Dark and light. Tall and short. City and country. They didn’t even speak the same first language, because Sophie’s mom had married a francophone man and their family spoke French most of the time. When the families visited, Alice and Sophie always got pushed together, whether they liked it or not.

Sophie hadn’t been interested in anything Alice had to say about the city and she’d thought it was funny that Alice knew nothing about life on a farm. And she’d been completely unimpressed by Alice’s skating.

But all that had been three years ago, before Alice’s mom died. Everything was different now.

Alice pulled her underwear and tights from beneath the covers at the bottom of her bed where they kept nice and warm. Sophie had taught her that. Scrunching down so that she was completely under the blanket, Alice made a small volcano as she wiggled into her bottom layer of practice clothes. Then she jumped out of bed and pulled on warm-up clothes over the tights. Next came her sweats.

Almost ready to brave the cold outside, Alice took a minute to check her email. Soph had come through with her morning message. She had to get up as early as Alice to help with the cows.

Sébastien went to a sleepover the other night and they told scary stories. Now he is sure that a
loup-garou
is coming. As if werewolves even existed! Yesterday he didn’t even know what one was. Now he thinks a monster is just waiting to bite him and change his life forever. He doesn’t even know if he should be excited or afraid and Alice, he’s always talking about it, even at school! I could just die of embarrassment. First time he’s ever been invited anywhere and it’s a disaster! Maman says she’s never letting him go to a sleepover again. Love Soph.

Sébastien was Sophie’s little brother, a genius and a complete weirdo. He had these spooky green eyes that stared right into Alice’s brain, and he said things that made her think he actually came from another planet. Sébastien’s school said that he was “special” – too smart for the regular world. His report cards always had stuff like “needs constant challenge” and “unable to socialize with his peers.” He worried her Aunt Evie and Uncle Henri. But the grown-ups didn’t get that everything Sébastien said made perfect sense after you got past the weird part. He was just a little freaky. Sophie complained about him all the time but Alice wouldn’t have minded having Sébastien as her little brother. He practically was anyway.

Alice went downstairs, collected her gear from the mudroom and headed to the car. It was raining. Perfect. It should be snowing in January, for heaven’s sake. Dad had the car warming up, sending great swirls of white exhaust to dance against the black sky. Alice slid in the front, hunkering down into the heated seat. Sweet. Dad had traded in his old car to get the heated seats, just for her. They were great, especially on a below-zero morning like today.

How on earth could it rain?

They didn’t talk much so early in the morning, not until they reached St-Viateur Bagels. The shop had their order ready: three black-seed and three white-seed. It was Mom who’d started the bagel tradition. The St-Viateur folks filled up Dad’s thermos with coffee and the two of them were back on the road, eating their first bagels straight from the bag, plain and hot. After that they were awake enough to chat about skating, school, Dad’s job at the power company, just stuff. Nothing important.

When they got to the rink they both ate another bagel, this time with cream cheese and a cup of coffee from the thermos. Dad always brought milk and sugar to add to Alice’s cup. Mom would never have allowed it, so it was kind of like a secret even though, well, it really didn’t matter any more. The last two bagels were for her coach, Mr. Osborne. He was waiting, as usual. He was never late. It if weren’t for the fact that the routine had to start at 5:00 a.m., Alice could almost have enjoyed the quiet morning time.

Alice started her practice. Dad stayed to finish his coffee and read the newspaper. Then he came to the boards to give her a quick hug before he left for work. As soon as he left, Alice tackled her double axel. Sure, it was a hard jump. It was an extra half-revolution more than the other double jumps, and you had to take off going forward instead of backward, and you couldn’t use your toe pick to help you get into the air. But hard didn’t bother Alice. She landed it over and over and over again. It was easy in practice. She just couldn’t land it in competition. Ever.

As usual, the practice went on too long. The taxi that took her to school was waiting, and she was late for school. But she never got in trouble: the teachers seemed to think she was some sort of celebrity or something. As if. The rest of the kids never noticed. To them, she didn’t even exist.

The competition was so close. Alice’s nerves were already beginning to flare. She barely made it through her classes. She just couldn’t concentrate and was grateful when two o’clock came. That’s when the taxi came to take her back to the rink for four more hours of practice. Then Dad arrived to pick her up. Practice, practice, practice. She wished the judges would come and watch her, judge her, in secret. She didn’t want to have to see them. Then they’d find out what she could really do.

The Whisperers by John Connolly
The Advent of Murder (A Faith Morgan Mystery) by Ockley, Martha
Dead on Delivery by Eileen Rendahl
If Onions Could Spring Leeks by Paige Shelton
Love Creeps by Amanda Filipacchi
Indelible by Woodland, Lani
Kathryn Caskie - [Royle Sisters 02] by How to Engage an Earl
Amid the Recesses: A Short Story Collection of Fear by J. A. Crook
The Virgin Intern (A Romance Novella) by Penny Wylder
The Piano Tuner by Daniel Mason