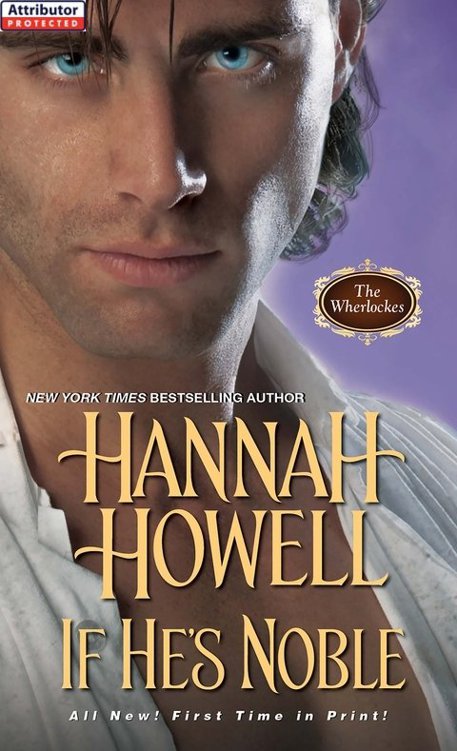 MIDNIGHT LOVER
Just as Primrose was about to doze off over a particularly dry treatise on the good and bad of planting flowering vines, a soft sound caught her attention. She looked at the door and saw the latch slowly lifting. Then, so abruptly it startled her into nearly dropping her book, the door opened, Bened slid inside, and then he silently closed and latched the door. He turned and grinned at her like a naughty boy. It was a look that should have been ridiculous on a man of his size but she found it charming.
“Are you certain you were not seen?” she asked quietly as he walked toward the bed shedding his clothing with each step.
“Very certain.” He yanked off his boots and underdrawers and stood there proudly naked. “Gardening? I would have thought you did not need to read such a book.”
“There are always new things to learn although this is clearly written for beginners. Yet, despite that, I have found several interesting tips to make use of. Odd for my uncle to have spent coin on it as he is no beginner, either.” She glanced at the proud proof of his intentions and then rolled her eyes. “You have no modesty at all, do you?”
“Not a drop,” he said cheerfully as he climbed into bed beside her, turned on his side, and studied her nightdress. “You, however, may have too much.”
Before she could protest that assessment, Bened was removing her nightdress. Primrose had barely a minute to be embarrassed by her nudity and then he pulled her into his arms. The moment their flesh touched, she no longer cared about having no clothes on....
Books by Hannah Howell
THE MURRAYS
Highland Destiny
Highland Honor
Highland Promise
Highland Vow
Highland Knight
Highland Bride
Highland Angel
Highland Groom
Highland Warrior
Highland Conqueror
Highland Champion
Highland Lover
Highland Barbarian
Highland Savage
Highland Wolf
Highland Sinner
Highland Protector
Highland Avenger
Highland Master
Highland Guard
THE WHERLOCKES
If He’s Wicked
If He’s Sinful
If He’s Wild
If He’s Dangerous
If He’s Tempted
If He’s Daring
If He’s Noble
VAMPIRE ROMANCE
Highland Vampire
The Eternal Highlander
My Immortal Highlander
Highland Thirst
Nature of the Beast
Yours for Eternity
Highland Hunger
Born to Bite
STAND-ALONE NOVELS
Only for You
My Valiant Knight
Unconquered
Wild Roses
A Taste of Fire
A Stockingful of Joy
Highland Hearts
Reckless
Conqueror’s Kiss
Beauty and the Beast
Highland Wedding
Silver Flame
Highland Fire
Highland Captive
My Lady Captor
Wild Conquest
Kentucky Bride
Compromised Hearts
Stolen Ecstasy
Highland Hero
His Bonnie Bride
Published by Kensington Publishing Corporation
I
F
H
E’S
N
OBLE
H
ANNA
H H
OWELL

Angelica Lost and Found by Russell Hoban
Her Contract (Romance) by Lara West
Flight of the Vajra by Serdar Yegulalp
Star Wars: The Force Unleashed II by Sean Williams
Mrs. Wakeman vs. the Antichrist by Robert Damon Schneck
Fade To Midnight by Shannon McKenna
The Extortion Cat-astrophe: A Beatrice Young Cozy Cat Mystery (Beatrice Young Cozy Cat Mysteries Book 2) by Alannah Rogers
A World the Color of Salt by Noreen Ayres
The Cowboy and the Princess by Lori Wilde
Ghost Song by Rayne, Sarah