Read In a Cold Sweat Online

In a Cold Sweat 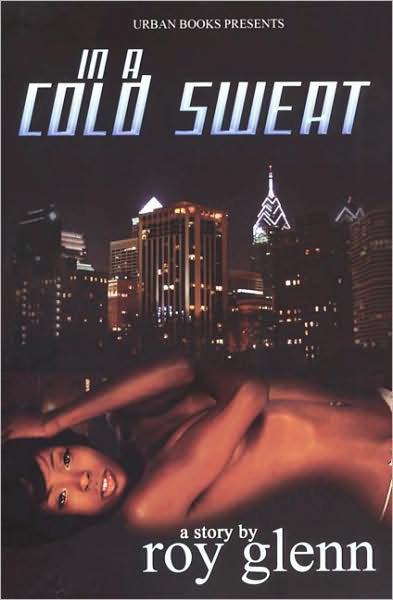 The Mike Black Saga: In
A
Cold Sweat

This is a work of fiction. Any references or similarities to actual events, real people, living or dead, or to real locales are intended to give the novel a sense of reality. Any similarity in other names, characters, places, and incidents is entirely coincidental.

The Cost of Vengeance

The Mike Black Saga: Book One

The Mike Black Saga: No More Tears in the End

All
About
The Money

Out of Control by Roy Glenn

On Sale Now from Kingstown Publishing

The Request by LaVonda Kennedy

Whatever It Takes by Angela Jones

Somebody’s Somebody by La Jill Hunt

Don’t Be
A
Dumb Bitch by Ayana Ellis

No Loose Ends by Roy Glenn

Ain’t Nothing Like
The
Real Thing by La Jill Hunt

“Talk to me, Travis,” Jackie screamed into her headset and hoped this time Travis would respond. It had been more than five minutes since she had lost contact with him. Just before that, Jackie heard what sounded like gun shots blaring in the background. She put on her night vision goggles, dimmed the lights on her stolen Hummer and continued to search for him. “Come on, Travis, talk to me.”

Now, Jackie began to realize why Nick Simmons old partner, Monika Wynn, passed on this job and recommended that she and Travis do the same. After working with Travis on the surveillance of Martin Marshall, Monika thought that she could make use of Travis’s computer skills. He had been a programmer by trade before the system dealt him a bad hand and he, in turn, became a high-tech robber.

Back in those days, Travis was known as Mr. Blue, Jackie was Mr. White, and their friend, Ronnie Grier, went by the name Mr. Green. They were all college graduates and all were victims of corporate layoffs and downsizing. They’d rob banks, grocery stores, and jewelry stores. In this new career, which he seemed to have mastered so well, his programmer’s attention to detail proved useful in planning the jobs they ran.

That combination of skills was just what Monika, who was ex-army special operations, was looking for, since she desperately needed a new partner. So, when one of her contacts, Jack Faulkner, approached her with this job, she brought Travis along to hear what he had to say. They met at Nita
Nita
on Wythe
Aveune
in Brooklyn. Over cocktails, Jack began to explain the job.

“Quad-core processors,” Jack said to Monika when she asked what the job was.

“What?” Monika asked, not having the slightest idea of the words Jack had just thrown at her.

“Quad-core processors, Monika,” Travis answered for Jack, seemingly excited at just the mention of the words. “It’s a computer processor made for dual-processor servers, which means that these servers will essentially be eight-processor servers; two processors times four cores each.”

“Oh,” Monika simply said. “And this means something to me, why?”

“Multiplying the number of cores brings distinct advantages,” Travis said, and Monika rolled her eyes.
He can be such a geek sometimes,
Monika thought. “First, it cuts down overall energy consumption for equivalent levels of performance.”

“Aye!” Monika was less than enthusiastic. She turned to Jack. “You gotta excuse Travis.”

“It’s okay, babe. I like a man who knows the value of things,” Jack said and raised his glass to Travis. At the same time he reached under the table in a briefcase and then handed a quad core processor to Monika.

She appeared unimpressed as she looked the small square object over carefully and handed it Travis. “So, tell me again why I should be excited about this?”

Once Jack cut right to the chase and explained to Monika what they were worth and how much he’d pay them to steal a shipment of them, he had her undivided attention. But when he showed them a layout of the building and broke down the security, Monika said, “Thanks, but we’ll pass.”

A disappointed Jack stood up. “I understand, but think it over. If you change your mind, I’ll be here same time tomorrow.”

After they left Jack, Travis and Monika argued over why she turned the job down. “Too much risk, Travis,” Monika said as she looked over to the passenger seat at Travis as she drove. “It’s just that fuckin’ simple. The level of sophistication on the security system Jack laid out is more than we need to be fuckin’ with!” she shouted.

“Come on, Monika, I can handle it!” Travis shouted back, slightly offended at the chance that his comrade might be
doubting
his skills.

Monika took a deep breath and looked at Travis. “Then you do it.”

She returned her attention to the road.

Travis relaxed, and slowly a smile eased across his lips. “You serious?”

“Sure. If you’re so fuckin’ sure that you can handle it, be my guest. Go see Jack tomorrow and tell him you’ll do it. But if you do, don’t look to me for any support. I’m talkin’ equipment, personnel, intel, nothing,” Monika said angrily as she accelerated, leaving smoke in her trail.

The next day Travis was back at Nita
Nita
to talk to Jack and accepted the job. The first person he went to was Jackie. She was the best get-a-way driver he knew. Naturally, she was down for anything that meant money. Since their other partner, Ronnie, had been murdered, Travis recruited Eddie Parker, a good man with weapons, to fill in his team. Parker’s only assignment on this job was to watch Travis’s back.

The processors were in a warehouse on Wales Avenue near Southern Boulevard by Bruckner Boulevard. Travis was confident that his skill at planning a job would minimize the risk.

But it didn’t work out that way.

Jackie backed the Hummer up to the fence, and armed with AK47’s and nine millimeters, Travis and Eddie Parker jumped over the fence on the far south end of the property. That was the only easy part of the job, as the perimeter was not secured with cameras.

Travis and Parker made their way toward the building under the cover of night. Once they reached the building they would have to disable the alarm system before they could go any further.

“You have to bypass an integrated security environment built around an access control system that is capable of capturing and processing any intrusion alarm system breach,” Jack had explained to Travis when he accepted the job. “Door or window contact, glass breaking, or motion detection. It’s sensitive to environmental changes like fire, and temperature, so don’t blow anything up. Even changes in the humidity in the joint will trigger an alarm,” Jack laughed.

“How about we just shut down the power?” Travis asked.

“No can do. Change in video events, video motion detection, or even loss of video feed will set off the alarm. Now when that happens, pager alerts are sent to security with a video still in the form of a JPEG image; as long as the phone lines are attached to the access control server, of course. A pre-recorded voice call is made directly to any phone, including mobile phones, which of course includes the police.”

“How do we bypass it?” Parker asked.

Jack laughed. “That, of course, is your problem.”

Now that they were at the building, Travis and Parker went to as secluded of a spot as they could find. Travis took off his backpack and pulled out a laptop computer to hack into the access control software. Days earlier he had done a test and was able to successfully access the system and navigate his way around without detection. In an effort to test security and police response time, Travis set off a fire alarm. Police and fire were on the scene in eight minutes.

In addition to his laptop, Travis took out a C-Guard Cellular Firewall, which he had used on jobs many times.

“It is a cellular jamming device that broadcasts a junk
signal,
it floods the cellular frequencies, or sets up fake signals. Once I hack into their systems, I’ll engage the C-Guard so the system loses its signal and cuts-off communications between cellular handsets and its cellular base-station, just in case we trip an alarm.”

“But
that’s
not gonna happen, right?” Parker made it sound more like a statement than a question.

“No, because once I have access to the system, I’ll be able to shut down all the security protocols and basically trick the system into thinkin’ it’s still active.”

“You sure about that?”

“Trust me,” Travis said and proceeded to do his work. Once the system was in what Travis called safe mode, they entered the building and made their way to the objective without being detected. Travis opened the safe and then covered while Parker secured the processors in a backpack and put it on his back.

The Head Girl at the Gables by Angela Brazil
Mothers and Daughters by Howard, Minna
From the Top by Michael Perry
The Twelfth Enchantment: A Novel by David Liss
Just a Queen by Jane Caro
The Guardian Herd: Stormbound by Jennifer Lynn Alvarez
Sea Horses by Louise Cooper
Free Fire by Box, C.J.
The Accidental Keyhand by Jen Swann Downey
The President's Assassin by Haig, Brian