Read In Between Days Online 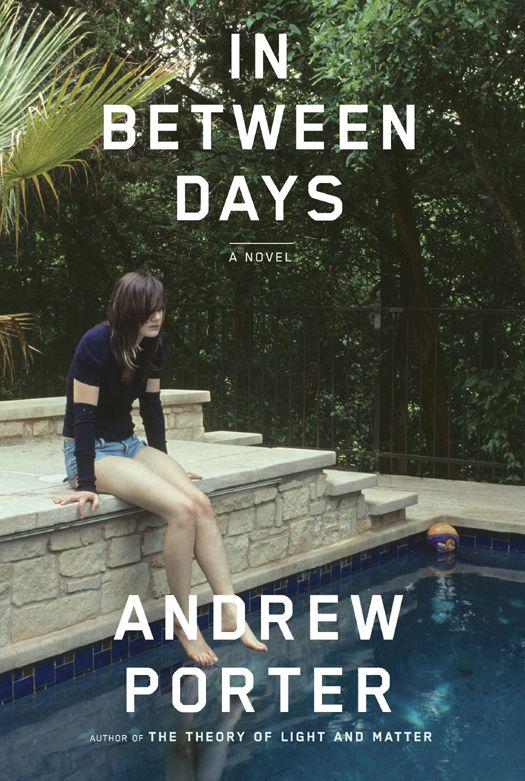 All rights reserved. Published in the United States by Alfred A. Knopf, a division of Random House, Inc., New York, and in Canada by Random House of Canada Limited, Toronto.

For Jenny and Charlotte

SINCE HIS DIVORCE
, Elson has fallen into the habit of stopping by the Brunswick Hotel for a quick drink after work. He likes the Brunswick Hotel because it’s one of the newest hotels in the city and because he knows that no one he knows will ever find him here. He likes the anonymity of it, of drinking here alone in the third-floor bar area, of sitting here at the window, staring out across the street at the futuristic office buildings, at their slick glass surfaces, knowing that behind these glass surfaces men and women in finely pressed suits are probably packing up their bags and briefcases, making plans for dinner or drinks. He likes to imagine these people leaving, likes to watch them as they walk out the door and get in their cars. There’s something strangely soothing about it all, about this daily routine of watching the city empty out, of watching it grow quiet and dark.

Tonight, the barroom is empty, save for a few out-of-town businessmen, drinking alone, and outside the window, the city is quiet, a light rain coming down now, a cold winter rain, which is somewhat atypical for Houston this time of year. In an hour from now, he will be meeting Lorna Estrada, the woman he has been sleeping with for the past six months, the woman he met just after his wife left him, at a barbecue at his friend Dave Millhauser’s house. Lorna is twenty-seven years old, and many years his junior, and yet surprisingly mature for her age. He sometimes speculates that this is because of her Filipino upbringing, because of the strictness of her parents, or other times because of the fact that she came to the States so young, that she got a firsthand glimpse of how cruel the world could be to a non-English-speaking adult, especially in a city like Houston. The first and only child in her family to ever receive a degree in anything, Lorna works as a curator at the Museum of Fine
Arts and shares with Elson a strange and fervent interest in minimalist architecture. That Elson is himself an architect was perhaps part of the initial allure, the fact that they could talk with ease about the work of Claudio Silvestrin or Vincent Van Duysen or Souto de Moura, but now, Elson wonders, what has that allure become? A few empty hours at the end of the day. A couple of drinks, maybe a movie. Mostly sex. And even that has become routine. In the early days of their relationship—if that is in fact what this is—they would go to the houses of Lorna’s friends. They would sit around drunkenly discussing the state of the world, or art, just as he’d done back in college, and though most of these people were younger than him, some of them young enough to be his own children, he still enjoyed it. He liked to watch the flicker of the candles, the shadows playing along the walls. He liked to listen to the conversations from a guarded distance, with a vague sense of amusement or perhaps jealousy. How long had it been, after all, since he’d shared these types of convictions himself? Later, he had even started smoking again, joining a small group of them as they went out to the yard to have a cigarette after dinner. And as he stood there beneath the lamplight of the porch, or in the shadows of the garden, he would look over at Lorna and smile, and she would always smile back.

But what has happened since then? He often wonders whether he has maybe upset her or embarrassed her in some way. Or if it is simply the fact that he, Elson, is so indicative of everything that she and her friends despise. It has been a month since they’ve done anything but meet at Elson’s apartment after work, and even when Elson has inquired about her friends, Lorna has been evasive. They are always too busy, she tells him, working on their projects or organizing some event or protesting some local politician. One night, earlier that week, he had stopped by her apartment after work to drop off a sweater she had left at his place. He had not told her he was coming, but he had expected she’d be happy to see him. He had knocked on her door several times, and when no one had answered, he had stood there for a long time and listened. Through the clear glass window, he could hear voices coming from the other side of the apartment, laughing. He stood there for a while longer, listening, and then knocked again. After a while, the voices grew quiet, and a light went off in the kitchen. He wondered what to do, whether to stand there and wait, humiliate them all when they eventually came out, or whether
it would be better just to leave. Finally, he had decided to drop the sweater off in the doorway and leave. The following night, when Lorna came over to his place, she denied ever hearing him knock. She claimed that they were planning a rally about something or other and that they were probably too busy, too engrossed in their project, to hear him. Elson had shaken his head and smiled.
Whatever
, he’d said, borrowing an expression from Lorna herself, an expression that she often used when she wanted to dismiss him. And then he’d stood up and walked into the kitchen for a beer.

Now, sitting in the dim-lit glow of the Brunswick Hotel bar, Elson finds himself wondering whether he should have handled it differently or whether it would have even mattered. He looks over toward the bartender and motions at his glass. A moment later, the bartender walks over and fills it. He’s a young man, this bartender, and fit. He reminds him of some of the boys that his son, Richard, used to bring over to the house.

“Looks like it’s going to break,” the bartender says, nodding toward the window.

Elson stares out the window and realizes that the sky has darkened, the clouds from the east moving in over the city like a fog.

“You looking for a storm?”

“You could say that.”

The bartender stares at him quizzically, then smiles. “I’ve seen you here before, haven’t I? Last Tuesday.”

The bartender nods. “You know, I actually just started here last week.” He smiles at him. “Just moved down here from Austin.”

Elson nods again. He can tell that this bartender is looking for a conversation, maybe even wanting to ask him something personal, so he quickly turns away, staring at the wall on the far end of the bar until the bartender finally leaves.

When he comes back a few minutes later, Elson pulls out his wallet. “How much do I owe you?” he asks.

Later, as he stands outside the front lobby of the Brunswick Hotel, waiting for his car, Elson lights a cigarette and watches the sky grow dark, the palm trees in the distance swaying hypnotically in the wind. He wonders why he acted the way he had at the bar and whether or not he has ruined the Brunswick Hotel forever. He looks across the street and thinks of Lorna and realizes that the promise of the night has suddenly vanished. He wants to go home and sleep it off.

The valets are putting on rain parkas with the hotel logo printed on the back, and when his car comes up the ramp, they all swarm in around him, holding out their arms, swinging an umbrella above his head. He tips them generously and takes off, realizing it might be a long time before he returns here again.

Outside the edge of downtown Houston, he stops at a light and checks his messages. He is hoping for a call from Lorna, hoping for a last-minute cancellation or maybe a change of plans, but instead what he sees is a long list of messages from his ex-wife, Cadence, each one spaced out by a couple of minutes, most of them left in the past half hour. He pulls over on the side of the road and calls her up, feeling a sense of uneasiness, a sense of dread. The last time they spoke, almost a month before, he had vowed never to call her again directly, to handle all of their future correspondences through e-mail or perhaps a third party. The last time they spoke, she had called him a monster, a term that had stung him so deeply that it had taken him several days to shake it off.

He expects that Cadence will want to pick up where she left off the last time they spoke, but when she answers the phone, her voice is surprisingly calm.

“What’s the emergency?” he says.

“You just wanted to talk?”

Outside the window, the rain is coming down hard now, obscuring his view of everything. He turns off the windshield wipers and waits for her to finish.

“I wanted to tell you that Chloe is going to be coming home tonight and that she’s going to be staying with me for a while.”

“I mean simply that.”

“Doesn’t she have classes?”

“A leave from school?”

Elson feels his pulse quicken. “What are you talking about?”

“Just what I said. She’s been asked to take a leave for the rest of the semester.”

“Well, no, not exactly. It’s more complicated than that.”

Watch for Me by Moonlight by Jacquelyn Mitchard
Tattoo #1: Tattoo by Jennifer Lynn Barnes
Azuri Fae by Drummond, India
The Dirigibles of Death by A. Hyatt Verrill
No Escape From Destiny by Dean, Kasey
Twelfth Moon by Villarreal, Lori
The Pillars of the Earth by Ken Follett
Black Hawk Down by Bowden, Mark
The Rasner Effect by Mark Rosendorf
The Missing Book by Lois Gladys Leppard