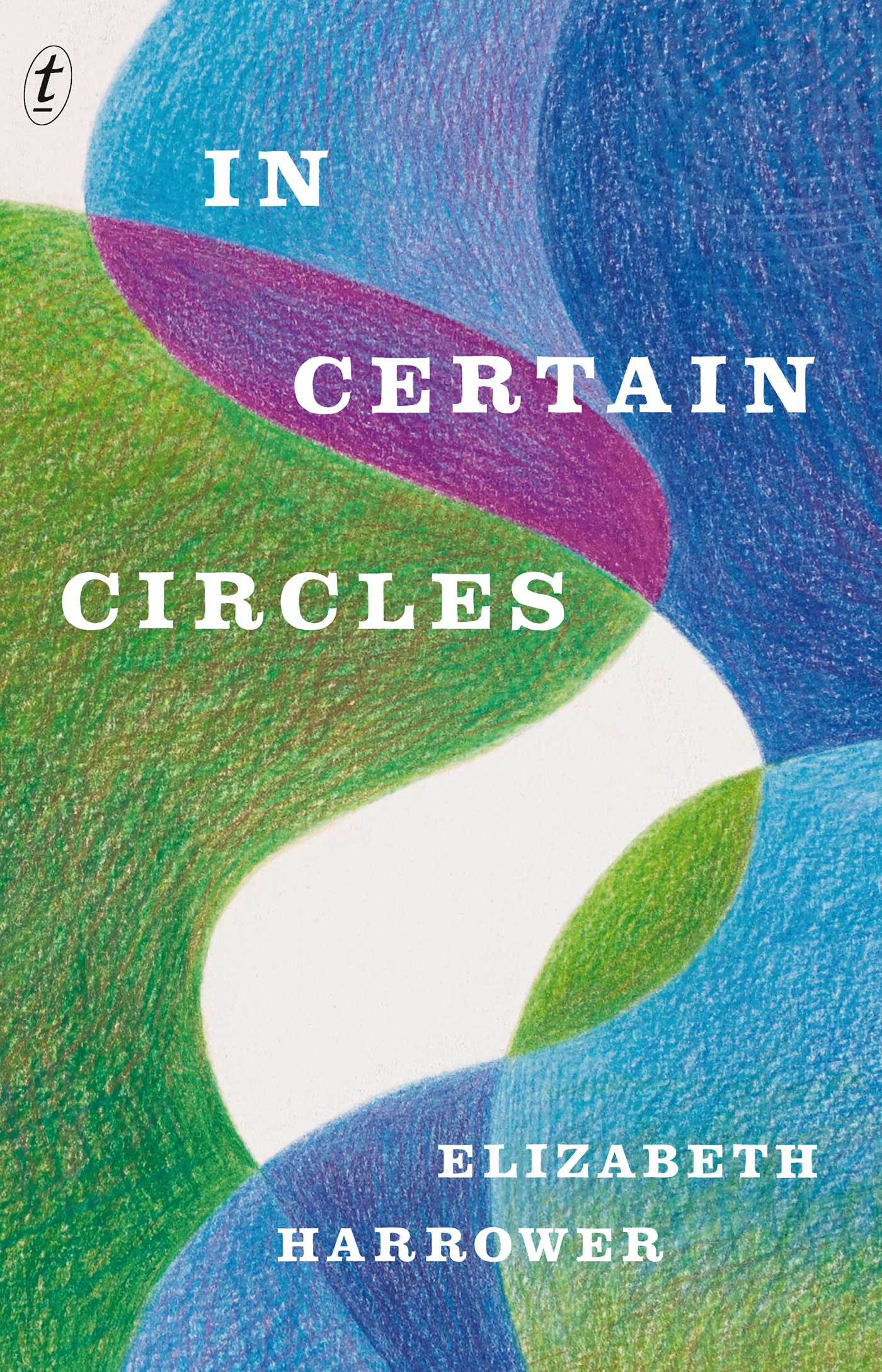 Elizabeth Harrower was born in Sydney in 1928. She lived in Newcastle until her family moved back to Sydney when she was eleven.

In 1951 Harrower travelled to London and began to write. Her first novel,
Down in the City
, was published there in 1957 and was followed by
The Long Prospect
a year later. In 1959 she returned to Sydney, where she worked in radio and then in publishing. Her third novel,
The Catherine
Wheel
, appeared in 1960.

Harrower published
The Watch Tower
in 1966. Four years later she finished a new novel,
In Certain Circles
, but withdrew it from publication at the last moment, in 1971. It remained unpublished until 2014.

In Certain Circles
is Harrower's final completed novel, though in the 1970s and 1980s she continued to write short fiction. She is one of the most important postwar Australian writers. She was admired by many of her contemporaries, including Patrick White and Christina Stead, who both became lifelong friends. Her novels are now being acclaimed by a new generation of readers and writers.

The moral right of Elizabeth Harrower to be identified as the author of this work has been asserted.

First published in 2014 by The Text Publishing Company

The publisher gratefully acknowledges the assistance of the National Library of Australia in
the preparation of this edition.

Zoe moved instantly from her chair to sit on the rail of the verandah. She looked across the garden to the tennis court where four figures ran to the net and paused, arguing some fine point of order.

âThat's not so unusual. He laughs quite often. He makes me laugh often.' It was impossible not to smile. Zoe adored him. But her mother's unnecessary grief did make her feel embarrassed: she had no talent for this sort of thing. After all, he was aliveâunlike many of his friends. He was home from wars and in one piece. Having done history for matriculation, Zoe knew, and thought her mother might not realise as fully, that men had always been coming home from wars. It was more natural to rejoice.

Certainly (she gazed in sudden depression at the four now running backwards to the corners of the court, like figures attached to a maypole), certainly, the papers had for weeks and months been printing horrible facts, terrible facts. For a while, she hid the newspapers, and everyone was irritated and mystified and blamed a neighbour's dog, a cocker spaniel famous for such depredations. Then, suddenly, they stopped talking about the dog, so Zoe knew that she had been seen, and gave up. Newspapers were awkward to dispose of, anyway. For a week or so of warm weather she was always going for walks, one arm held stiff against her side, sweating gently all over inside an enveloping coat.

Over her shoulder, Zoe glanced at her mother with apprehension. For the years he was gone, perhaps dead, she had outwardly altered little. When he was restored to her, and her worst imaginings were not only publicly confirmed but outstripped, she aged, fading visibly, as if some inner stiffening, some secret resource had quite disappeared. She was quieter, paler, powdered over. Everybody noticed. Zoe felt it was not like her, to be seen to be shaken. It made her seem weaker, and mortal. Zoe was surprised and resentful. Now, against her hand, she could feel the warm stone of a supporting pillar of the verandah. She had been born in this house.

Down on the court, the game continued. Mrs Howard eyed the distant antics with the dismay of a one-time A-grade player.

âYour poor father,' she murmured. âThey probably think they're doing him a favour. I don't think I can bear to watch.'

Having restored his family to life by returning alive, Russell had proceeded to alarm and disappoint his parents by refusing to involve himself in any of the activities they felt him suited to. So he took up a racquet almost before his father was aware of needing a game.

â
You
might have played instead of that little girl. At least you have some idea.' Mrs Howard rose from the low bamboo chair. âI'll get some cold drinks. That will give them an excuse to stop.'

âBut it's so hot. I'd get burnt.' Zoe touched her pale cheek.

âShe probably goes brown, just the same. A lot of fair people do.' Zoe yawned and slid her fingers again across her smooth white face. â
Nobody
plays tennis any more. You could have an Olympic pool down there. I wish you would.'

This had been said before.

âBe nice, if they come up while I'm in the kitchen. You know Anna's a little orphan.'

Zoe gave an indescribable sound of disgust. She rolled her head about, seeming quite unable to recover. âA little orphan! Anyway, if she is, so is her brother, and you can't pretend
he's
pathetic.' In one beautiful, impulsive movement she was at her mother's side by the door, smiling into her eyes, eager, appealing, high-spirited but meaning no harm, teasing but vulnerable. âWhy didn't
you
have a game?' Her voice was soft, almost caressing.

âDo you want any help? Should I bring out the drinks? You sit down.'

âIt's all in my mind, what I want to do. I'll call if I need you.' Mrs Howard looked at her daughter with admiration and love, patted her shoulder and went inside.

Zoe lay down again, staring across the garden, past the camphor laurels, to the place where her father, her brother, and her brother's two new-found orphans ran about in the sun. Whether the expressions so recently shown on her face belonged to the luminous quality of her eyes, or to the shape of her mouth, or to her nature, neither Zoe nor her mother yet knew: she was only seventeen.

Zoe had wakened in this square stone house on the north side of Sydney Harbour, and learned soon afterwards from her family and their friends that she was remarkable. There was a big garden. There were people of her own size for company. At the end of the short street of old houses in long-established gardens was a white curved beach with rocks, rock pools, very small waves, shells, pebbles, fine sand. She swam before she walked.

Once, on a school tour to view relics of old colonial days, a girl carved her initials on the smoke-darkened stool in the ante-room of a courthouse: they were queuing to enter the cells and inspect the irons clamped on the necks and legs of convicts in another world, in a fiction they disbelieved entirely.

The pupil with the knife was pounced on. âAh! Patricia has just reassured future generations about the date of her visit. They'll be
so
interested. An outstanding girl like Patricia.' The girl mumbled. Her companions brooded. The teacher, much tried, told them, âYou're nonentities, that's what you are.' Could anything be worse? Especially when it was not even true.

Zoe was one of those whose parents were referred to in newspapers and magazines as âwell-known identities'. Her mother and father were biologists, and had written textbooks and others for the general reader which had been published overseas. They had travelled. They were invited to join public discussion groups. They were interviewed and photographed, and were on the list of those whose opinions on every subject from crime to mayonnaise were expected to be of interest to the whole city.

Mrs Howard was a useful example of a woman who combined a successful career with a happy home life. Whenever such a phenomenon needed illustration, journalists and producers were as likely to think of Alice Howard as anyone else in town.

If you could believe what you read, Sydney was one of the largest cities in the English-speaking world. In this placeâSydneyâthen, that the newspapers of the city were always praising, Zoe's mother and father held moderately conspicuous positions; knew everyone; knew where to go for what and whom to see; knew who was the leader in each particular field; knew how to ask and grant favours. Now from these very parents who were regarded by strangers as quite special, Zoe had learned that she surpassed them in all things just because she was herself. She and Russell were greatly taken notice of. Russell was never affected by the propaganda, having a life of his own from the start; Zoe took attention and praise for granted, as though they were part of the public utilities, like running water and electricity. She was quite sated with the interest turned on her, but did not think it unjustified.

World-weary as any international success, so confident that few opinions could move her, fearless, seventeen, she watched the three amateurs massacre her father's nerves down on the court.

Her father. Clive Howard. Dr Howard. He should have been a farmer. He had a rural sort of face. He looked at home, leaning on a hoe. Her mother was contented in the country, on holidays, taking a batch of scones from an old fuel stove, playing pioneers. They stayed with distant relations on a sheep station hundreds of miles from the city. Her father rode. Her mother gardened and gossiped. It was like a luxurious camp in a desert, but they fitted in, not seeming artificial there. Out in the bush, their city lives were like roles thrust on them accidentally, roles that made them unconsciously sigh. They were nice, and able and accomplished, but innocent, Zoe thought, and knew nothing much about anything real compared with Russell. Except worms or starfish or flies.

Of course, uxorious described them, too. Uxorious. Zoe recognised that her own life was harmonious partly because of it, but for some years she had felt the pressure of a too warm and close parental interest in her future as a lover. Their prospective delight intruded on her sense of herself as a private person. Like voyeurs, she thought, sensing their wish to advise, to be present, to take part almost.

âZo! I can't get past.' Holding a tray, Mrs Howard stood at the side of her supine and apparently unconscious daughter.