Read In the Absence of Iles Online

In the Absence of Iles 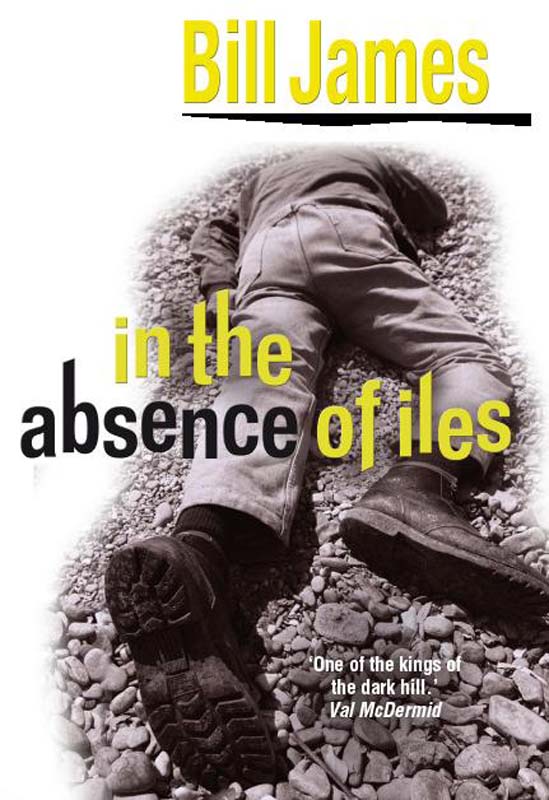 In the Absence of Iles

Also by Bill James in the Harpur and

The Detective is Dead

Naked at the Window

The Girl with the Long Back

Other novels by Bill James:

The Sixth Man and other stories

By the same author writing as

The Brade and Jenkins series:

Other novels by David Craig:

A Walk at Night

Up from the Grave

Whose Little Girl Are You?

(filmed as
The Squeeze)

Hear Me Talking to You

The King’s Friends
(reissued as by Bill James)

The Novels of Anthony Powell

IN THE ABSENCE
OF ILES

First published in the UK by Constable,

an imprint of Constable & Robinson 2008

The right of Bill James to be identified as the author of this work has been asserted by him in accordance with the Copyright, Designs & Patents Act 1988.

All rights reserved. This book is sold subject to the condition that it shall not, by way of trade or otherwise, be lent, re-sold, hired out or otherwise circulated in any form of binding or cover other than that in which it is published and without a similar condition being imposed on the subsequent purchaser.

Data is available from the British Library.

Yes, on the whole she liked it best when conferences took place at one of these long-windowed, narrow-gabled, stone-built, converted Victorian country mansions in fine grounds. Well, think of the alternative: some state-of-the-art urban cop shop – the kind she spent most of her life in – all glare-lit corridors and phoney wood doors, except for the cell block. The theme of the conference frightened her. Anything to do with running undercover police operations frightened Esther. The sedate setting might solace her a little. Might. A little.

Most of the renovated old properties were reached along artfully curving drives, tarmacked or gravelled, so the building could not be seen from the gates because of good tree clumps, mostly conifer, oak, larch. The houses had a separateness, had been built purposely to get separateness. Esther fancied a bit of separateness, more or less always did, but rarely got much of it, what with the Assistant Chief job, and Gerald. Of course, there’d been a time when she’d delighted in togetherness with Gerald. She had no trouble remembering those days and nights, but they couldn’t be brought back, although she had tried for a while, and might have another go if things ever got to look more promising. Despite the violence, he definitely still had some good aspects. She worked at encouraging these and never treated Gerald as having become totally fatuous or irrecoverably on the skids.

For now, anyway, she could enjoy the sight and setting of Fieldfare House, this secluded, gracious, secretive rendezvous. About a hundred and fifty years ago, the first, jumped-up creators of estates like this financed the land purchase and construction with magnificent profits from their new factories in hurriedly industrialized towns; or from their coal mines; or from laying railways. They wanted distance between these work sites and their homes, so they could flit from the innovative, cash-flow ugliness to somewhere green and tranquil and private and, of course, with status: the big, solid residences in landscaped, parkland acreage had been pretentious boltholes. A successful labour master would look out on lawns and minor lakes and rhododendron clumps and stables and a paddock, perhaps even on deer, not on the splendid, unsightly enterprises that bought them. Where there was muck there was brass, yes, but the brass would buy a spread where he could forget the muck at weekends. He’d hope, and might believe, his family would be here for centuries, or for ever, the same as dukes at Chatsworth and popes at Rome.

As a matter of fact, no such luck. But Esther Davidson, turning up today at Fieldfare, could sense and enjoy for a moment that former sureness and optimism, and the comfy impression of being apart from the routine tangles of existence. Naturally, she knew the feeling was irrelevant and stupid, brought on only by a classy setting. The feeling came just the same, though, and lingered briefly. And, in the circumstances, there was a bit to be said for this boost to her morale, never mind how temporary and false. What circumstances? Well, during the next three days, Assistant Chief Constable Davidson would be involved in life-and-death presentations and discussions of what an agenda sheet called ‘The Efficient and Secure Management of Out-located Personnel’. In the cause of security, that slab of jargon was very deliberately a slab of jargon, and very deliberately unintelligible.

‘Out-located’ meant one very precise thing, and, also, its very precise opposite. True, the officer would be Out-located from family, from normal duties, from usual colleagues and, crucially, from standard life-lines and protective back-up. But this was in order that he/she could penetrate a crooked team – could, in fact, be deeply and secretly
In-
located: that is, become part of, or seem to, the targeted gang, cell, clan, crew. It would usually be a gang, cell, clan, crew, that had shown itself unbeatable, unsmashable, unjailable, over at least months, and more likely years, by any other police method. Standard investigative ploys will have done nothing. Because of the hellish, continuous perils, you tried every alternative before deciding to install a spy. And if you got that far you prayed the secrecy would last, and had a unit ready to go in and recover the officer in time, if it didn’t. Or
try
to recover the officer in time. Esther knew that very soon she might have to smuggle one of her people into the biggest, most savage, enduring, prospering and expanding criminal firm back on her own ground. She hated the notion, but maybe at Fieldfare she’d learn something handy and extra and reassuring, to go with what she’d learned already from other undercover gambles.

The original got-rich-quick occupant of Fieldfare House could never have visualized what actually would happen to his grand, deserved, dignified property. So, what did? Time happened. It wasn’t unique. Those who came after the mighty industrialist would eventually, or sooner, have found the place too costly to run and maintain. They’d begin to think about the comforts of suburbia, and soon the removal vans would roll. Servants for a place like this, and central heating and damp courses and tonnes of re-roofing slates, could grow unacceptably expensive. The Home Office – the
Home
Office – intelligently interested itself in such homes or ex-homes and bought Fieldfare and its surrounds at not much above peanuts. Then, after thorough repairs and decent refurbishment, turned it into a venue for the kind of sometimes dark, sometimes unnerving get-togethers Esther and colleagues from the Association of Chief Police Officers nationwide had been invited to now.

Esther tried to recall from school history lessons whether any of the great Industrial Revolution contractors had been called Simpkins; possibly not quite as renowned as Watt or Arkwright, but important. To christen one of the rooms after Fieldfare’s original owner would be a nod to scholarship which might appeal to some knowledgeable Home Office dignitary, and there were a few of those. Did Alfred or Samuel or Bertram Simpkins invent an early version of the fork-lift truck? Should she have heard of ‘The Simpkins Hercules Hoist’?