Read In the Sewers of Lvov Online

In the Sewers of Lvov 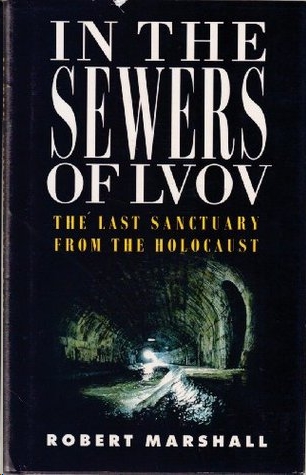 In the Sewers of LVOV

The Last Sanctuary from the Holocaust

Dedicated to the memory of Leopold Socha

Some time during the early 1970s an elderly Polish Jew, Jacob Berestycki was his name, wrote to his friend Ignacy Chiger about their experiences together during the war.

‘Chiger,’ he wrote, ‘you were the one with the pen in his hand. Write it all down.’

The two men had met towards the end of 1942, in the Jewish ghetto of what was then the Polish city of Lvov. They later became members of a small group who survived the Holocaust in some of the most desperate conditions imaginable. In the thirty years since their liberation, no one had spoken in detail about what had happened and a number of people had begun to wonder whether their story would ever be told.

Only Berestycki and Chiger knew the whole story from beginning to end, and they felt that if one of them didn’t set it down it might be lost. For thirty years Chiger had made notes about what had happened, but had resisted attempting a complete account. He had struggled with a conflict familiar to many survivors of the great Jewish tragedy; trying to satisfy the need to describe what had happened, while at the same time not wanting to disturb memories that had been laid to rest. According to his daughter Kristine, Chiger’s path through this conflict had been slow and painful, made more difficult by other responsibilities.

In the midst of their ordeal, Chiger had become the leader of their group and as such he felt that his account should speak for all. They had lived together under the most appalling conditions, been forced to share the most intimate aspects of their lives and in the months together witnessed both the worst and the very best of each other. Would history be served by describing everything?

By 1975 Chiger had conquered his doubts. His daughter presented him with a Polish typewriter and he began. With typical thoroughness he began with the events, as he recalled them, of 1 September 1939 and concluded with the days immediately following their liberation. It is an account of one of the most remarkable episodes of survival from the Jewish Holocaust. Six months after his work was finished Ignacy Chiger died.

In 1988, while making a documentary about this episode for the BBC series Timewatch, I met Chiger’s daughter Kristine Keren and his widow Paulina. Along with Mundek and Klara Margulies, they are the last surviving members of Chiger’s group able to bear witness. (A fifth survivor, Genia Weinberg, has for some years now been too unwell to recall any of what happened.) Some months after our work was finished, Mrs Keren told me about her father’s manuscript and asked if I would write a book based upon it. When I saw the Chiger manuscript I realized that it was not a complete account, but a record of Chiger’s own personal recollection. In that respect, it appears to be an accurate record, for, like memory itself, it reveals a great deal of detail in some parts, while elsewhere it conflates separate incidents and abbreviates others. However, it has one invaluable quality: it is extremely subjective. It was written in isolation, without reference to any of the other survivors’ recollections. Nor, so far as I can tell, has it influenced the recollections of those who have survived Chiger. Even after fifteen years, his widow Paulina Chiger has still not read the manuscript.

That element of isolation prevailed amongst all the survivors. Though they have always remained close to one another, they never discussed their common wartime experiences. The subject never seemed to arise. Consequently, their private recollections, like Chiger’s, remained uncontaminated. So, with five separate, highly subjective surviving versions, I set about trying to see if it would be possible to produce an account that would be faithful to all.

I have also interviewed a number of secondary sources, that is to say, the children of those members of the group who are not
alive today. Their accounts are really inheritances, passed down from their parents, though cherished and indeed nourished nevertheless. As I gathered more material I expected to encounter contradictions. In the event, I was surprised at how many of the accounts tended to compliment each other, sometimes allowing me five separate perspectives of the same incident. (There were only a few contradictions and in each case I have presented the reader with all versions.) So the following is almost entirely based upon personal account. It has been built up from countless hours of interviews and recorded conversations, during which we often returned to the same incident five or six times.

Throughout all the interviews I made with the survivors I was conscious of the manner in which they were delivered. Told without inhibition, and often containing long passages of dialogue – conversations, discussions, arguments – acted out like a dramatic saga. I have drawn heavily upon this dialogue; it may not always have been what was actually said, but it is precisely how it was remembered.

If you stand upon the hill that rises above the city of Lvov and watch as the evening sun sets on the roofs, you might easily believe for a moment that you were somewhere else. You find spread before you an Italianate jumble of terracotta roofs, interrupted by the occasional thicket of trees or the bald dome of a church. Rising from the layers of mist the towers and spires etched in the evening light proclaim the city’s heart to be in western Europe. It might be Florence.

Down below, there are districts of narrow cobbled lanes that curve and twist round the footings of medieval churches. Buildings lean out from their foundations, frowning over the pavements and the incessant clatter of pedestrians on the cobbles. Suddenly these precious little windings turn and spill into wide cosmopolitan boulevards. A walk down the Teodor Platz, or through the municipal gardens towards the opera house, evokes images of Paris or Berlin. The red and white trams jangling down the streets conjure an image of Vienna. The town hall, a stark piece of nineteenth-century utilitarianism, stands in the centre of a large piazza, embraced by a girdle of market traders and statues of classical Rome.

Given its physical bearing, a curious mixture of the Mediterranean and Germanic, of the romantic and the classical, Lvov is something of an anomaly today, standing as it does on the western fringes of the Soviet empire. For most of its history it was a Polish city, nestled in an area largely populated by Ukrainian peasants. It was a city of Poles, Jews and Ukrainians, the eastern outpost of the Austro-Hungarian empire, and had been for hundreds of years a centre of western culture and commerce on the edge of
the Russian Steppes. In those days, its official name was Lemberg; only the Ukrainians called it Lvov. Today, the Poles are an aging minority, the Jews have all but disappeared and the city is dominated by Russians and Ukrainians.

By the evening, when the narrow streets have been cooled in long shadows, the market traders have folded up their stalls, swept their rubbish and gone, the sound of running water can be heard, cleansing the streets of debris. In the empty piazza, when the tram cars are silent, again the sound of water trickling from the fountains at either end; Diana amidst the flowers, Neptune with his trident. The sounds seem to drift up towards the hill that rises behind the square and eventually towers over the city.

Standing upon that hill, called Wysoki Zamek – which means High Castle – and gazing across the city you will see in the distance, rising in the hills that bound the southern limits, the river Peltwa. It flows down into the shallow valley where the city lies, and another illusion is conjured. With the river flowing into its mist, the city appears to lie at the mouth of a great harbour. Look west, into the haze and you can almost sense the presence of the sea. But there is no sea, and the river having entered the fringes of the city, suddenly disappears, becomes hidden.

From the summit of Wysoki Zamek you can see the street lights begin to wink in the evening haze, you can almost feel the heart of the city resting. The sounds will soften to the gentle wind disturbing the trees while perhaps the last of the tram cars will clatter up the boulevards. And you can hear, way off in the distance, the whistle of trains echoing long into the night.

At regular intervals, day and night, long distance trains arrived from the west loaded with soldiers from all across the Balkans, Italy, Czechoslovakia, Austria and of course Germany. They then left to make the journey east to Kiev and further. There were other trains calling at Lvov carrying a different cargo. Long processions of solidly built cattle trucks, with but a single window high up and shrouded in barbed wire. Each carried some eighty or so passengers, men, women and children, crushed together in the stench of excrement. Their destination was a place some seventy-five kilometres north of Lvov, called Belzec. These particular transports brought people from as far away as the Netherlands, France, Belgium, even Norway.

After pulling out of the main station, sometimes called the Vienna Station, on the western side of the city, the trains would head north through the marshalling yards, then enter a shallow cutting and pass beneath the Janowska Road. Despite being below street level, no one on the train could miss the massive walled compound that stood off to the right. By evening, the compound was already lit up by a web of floodlights standing all around the perimeter.

Some of the transports would stop in the marshalling yards and disgorge passengers. Carrying what possessions they had, they would be led into the compound, to the floodlit assembly ground in the centre. They believed they had come to work, but an hour or so later they were marched back to the cattle trucks – naked. The scene was watched from a distance by the compound residents, who, once the travellers had departed, would emerge from
their huts to begin sorting out the piles of belongings left in the centre of the assembly ground.

Once past the Janowska camp, the train would begin to arc round to the south-east, as though returning to the centre of town. At the same time, it would emerge from the cutting and climb high above the streets, along the brow of a steep embankment. Running out of the industrial fringe back into the city, the trains would rattle the first-floor windows of the apartments and offices that border the desirable part of town.

On the left-hand side of the tracks, down at the foot of the embankment, lay a neighbourhood of simple workers’ cottages and tenement blocks. Nothing stirred along the little streets, no lights blazed, no evening strollers took the air. The trains hammered their way over the bridge on Peltewna Street and filled the narrow canyons of houses with thunder.

Under His Skin by Jennifer Blackstream
I am Malala: The Story of the Girl Who Stood Up for Education and was Shot by the Taliban by Malala Yousafzai, Christina Lamb
Our Kingdom of Dust by Kinsey, Leonard
Before the Moon Rises by Catherine Bybee
Always the Vampire by Nancy Haddock
Cinderella Complex by Rebekah L. Purdy
Marine One by James W. Huston
Monster Hunter International by Larry Correia
The Mysterious Island by Jules Verne
Two Blue Lines (Crossing The Line #1) by SC Montgomery