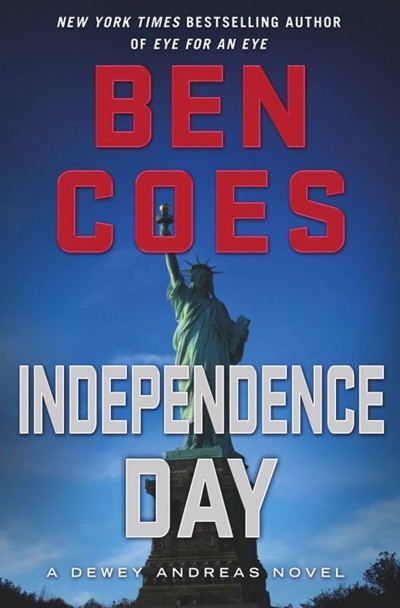 This book is dedicated, with the deepest love a father can feel, to my dear daughter, Esm
é.

When the green field comes off like a lid,

Revealing what was much better hid—

And look, behind you without a sound

The woods have come up and are standing round

The bolt is sliding in its groove;

Outside the window is the black remover’s van:

And now with sudden swift emergence

And the Scissor Man.

Pyotr Vargarin, age five, removed a wrinkled piece of paper from his raincoat, then unfolded it.

While you are perhaps too young to understand what I am about to say, I feel I must nevertheless do my best to explain to you why your mama and I have decided to do what we are, as a family, about to do. And while no five-year-old should be given the power to determine a family’s fate, I above all else respect you and always will seek your understanding, sympathy, and approval whenever possible.

Why, you ask, must we move to the United States of America? Is not the Soviet Union our country? Isn’t it I who always says Moscow is the most beautiful place on earth? Who points out the way the icicles hang down like great sabers from the roof of the palace? Or the chrysanthemums, along the Moskva, how they wave to us in the springtime, like old friends?

Do I not remember, you ask, lying in the field at the dacha, staring up at the summer sky, then watching as the clouds moved in from the horizon, remaining there as the warm rain poured down upon you and me, and how we giggled at it all and how mad Mama was when we returned, covered in mud? Of course I remember! We will always have that memory to cherish! And now we will create new memories!

The gift of adventure, this is what I shall give to you, my one and only love, my brilliant prize, Pyotr, my little cloud …

The man in the front seat of the limousine turned and smiled at Pyotr.

“What are you reading, Pyotr?” he asked.

He had a kind demeanor, a gentleness, despite the scar beneath his eye, which made his eye blink in a funny way, as if something was stuck in it.

Pyotr looked up at him. He quickly folded the letter and tucked it back inside the pocket of his mackinaw.

“Nothing?” he asked, laughing heartily. “I wish I could get as much happiness from reading nothing as you do.”

Pyotr looked up at his mother. She stared out the window of the limousine at the passing countryside.

“Do you like fireworks, Pyotr?” asked Roberts, keeping his head turned. “You might get to see some when you land in New York tonight. It’s Independence Day in your new country.”

“Are you as intelligent as your father?” Roberts asked.

Pyotr glanced up at his mother. She met his look, then nodded imperceptibly; it was okay to talk with him.

“Yes,” said Pyotr. “I am the smartest one in all of the Soviet Union.”

“The smartest?” asked the American, laughing. “Most humble too.”

“It’s true,” said Pyotr calmly. He looked up at his mother.

She looked at Roberts for the first time.

“It is true,” she said, placing her hand on Pyotr’s leg. “He scored the highest score of all five- and six-year-olds on the standardized tests.”

“In all of Moscow?” he asked. “That’s incredible. There must be—”

“In all of the Soviet Union,” she replied tartly, before turning back to the window.

Roberts looked at him.

“Well, that is most impressive, Pyotr,” he said, nodding his head up and down enthusiastically. “Perhaps you will be famous like your father, Dr. Vargarin? Would you like to be a scientist too?”

When Pyotr awoke a few hours later, his head was in his mother’s lap. She was rubbing his cheek, trying to wake him.

Outside the limousine, two men were standing. Like Roberts, they wore dark suits. One of the men clutched a submachine gun.

They followed Roberts along a dirt path through the woods. They hiked for more than a mile. In the distance, through the trees, came the sound of water slapping against a rocky shore. When at last they came to a clearing, the Black Sea spread out before them. A red motorboat was tied to a small wooden pier. Pyotr’s father was standing in the clearing, surrounded by more men with weapons. His arms were behind his back. His right eye was swollen shut. His nose had blood beneath it.

“Pyotr!” he yelled when he saw his son.

Pyotr started to run toward his father, but one of the men grabbed his collar.

Pyotr scrambled toward his father. He was crying now. He slipped and fell, then got back up. His father’s clothing was covered in dirt and blood, torn in places. He had on one shoe.

“I don’t want to go to America,” Pyotr sobbed as he reached for his father’s arm.

“We’re not going to America,” whispered his father, looking sadly at his son. “Your instincts were correct, Pyotr. The wisdom of a child; I should have listened. I’m sorry. Please, someday, please forgive me for what I am about to do to you. For the terrible, terrible wounds today will create inside you, wounds I will not be there to help heal.”

Roberts stepped toward them. For the first time, Pyotr saw the American’s smile disappear into a haunting look of anger. The scar, instead of looking out of place, seemed to make him complete.

“We’ve been patient, Doctor, but our patience is running out.
Where is it?
”

“‘Patience’? Is that what you call this? Bringing a man’s family to watch him die?”

Roberts stared at Vargarin. He reached into his jacket and removed a gun. Without removing his eyes from Vargarin, he aimed the muzzle of the weapon in the opposite direction, then fired. The gunshot made Pyotr jump. He turned to see his mother collapsing to the ground, a large bullet hole in her forehead.

Pyotr started to run to his mother, but Roberts grabbed his hair, then thrust the muzzle of the gun into his mouth. It was warm and tasted of smoke and oil.

Pyotr looked up. It was the first time he’d ever seen his father cry.

“At the institute,” he said, sobbing. “Beneath the card catalog drawer. The letter ‘O.’”

Roberts yanked the gun from Pyotr’s mouth. He trained it on Vargarin and fired. The slug struck his chest, kicking Vargarin back, killing him instantly. He tumbled awkwardly to the dirt.

Pyotr’s mouth went agape. He screamed, but no noise came out. Then he fell to the ground, next to his father. He stared at his father’s face. Pyotr’s eyes were like blank pools, transfixed by the sight of his dead father, there on the ground.

“Put them in the boat,” said Roberts to one of the men. “Remove the cuffs, leave a gun, set it adrift a mile offshore. I’ll go to Moscow and get the disk.”

“What about the kid?”

Roberts aimed the gun at the back of Pyotr’s head. He kept it there for several moments. After almost half a minute, he lifted the gun and put it back in his shoulder holster.

“Bring him to the local orphanage.”

An orange-and-white Ducati Superleggera 1199 roared through the neighborhood called Presnensky—empty, dark, and deceptively quiet at a little before dawn on a balmy Moscow morning.

The superbike’s black-helmeted driver had the machine gashing down Rilsok at more than a hundred miles an hour, barely under control, as if he was testing the outer limits of his skills. He was an experienced rider, but know-how went only so far when crouched atop a machine that boasted the highest power-to-weight ratio of any motorcycle.

Presnensky was a clean, incongruous neighborhood of stunning mansions and luxury apartment buildings alongside industrial warehouses. The thunderous decibel of the bike’s Superquadro liquid-cooled engine was neither unusual nor even noticed. Here, more than in any other borough in Russia’s sprawling capital city, Presnensky’s inhabitants had long ago learned to keep their mouths shut, their eyes lowered, and their curiosity at bay.

At a street called Velka, the biker abruptly leaned to his right, leading the Ducati with him, nearly toppling over as he glided in a smooth arc around the ninety-degree turn at 86 mph. His knee scraped the ground but he didn’t slow down. In fact, he feathered the throttle, surging into the corner. Then, as his gloved fingers brushed the tar, he flicked his wrist yet again, juicing the engine on with a last-second splurge of speed that seemed to defy logic and gravity. A moment later, the rider pulled a powerful, dazzling switchback, banking abruptly in the opposite direction—hard left—then ripping the throttle to the max as the front tire burned a cloud of rubbery smoke and the back tire caught a squall of air.

He tore down the last half mile of empty, unlit street, then skidded to a stop in front of a three-story white brick building, its only window tinted crimson. He turned off the bike and put the kickstand down. He climbed off, then removed the all-black helmet. He left it on the seat. The Superleggera made a taunting statement, and the helmet, there atop the seat, was like the proverbial cherry on top.

Steal me,
it seemed to say,
and see what happens.

Presnensky was the neighborhood where Moscow’s mafia lived and breathed, a city, a government, unto itself. Everyone, including the police, knew it. Moscow was, for a certain precious few, lawless. Presnensky was the epicenter of that lawlessness.