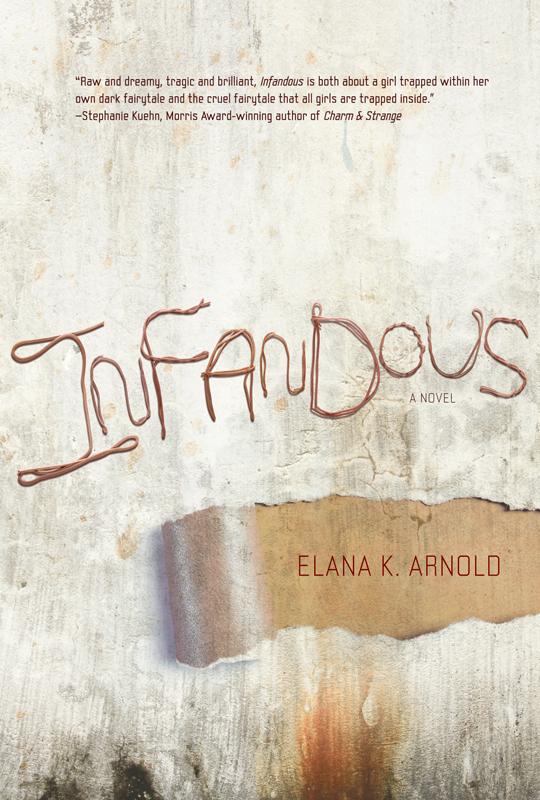 Carolrhoda Lab™ is a trademark of Lerner Publishing Group, Inc.

All rights reserved. International copyright secured. No part of this book may be reproduced, stored in a retrieval system, or transmitted in any form or by any means—electronic, mechanical, photocopying, recording, or otherwise—without the prior written permission of Lerner Publishing Group, Inc., except for the inclusion of brief quotations in an acknowledged review.

An imprint of Carolrhoda Books

Summary: Seventeen-year-old Sephora, a surfer and artist who loves fairy tales and mythology, struggles with a secret so horrible she cannot speak it aloud, especially not to her beautiful, single mother, although they have always been unusually close. 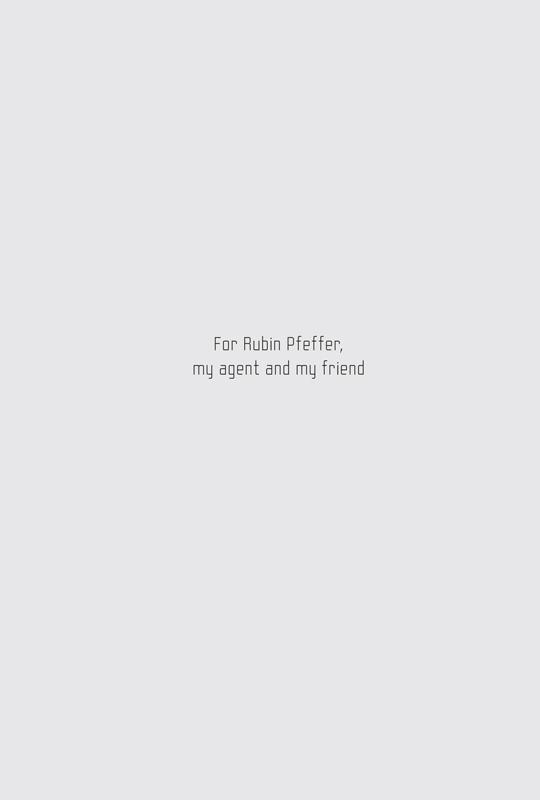 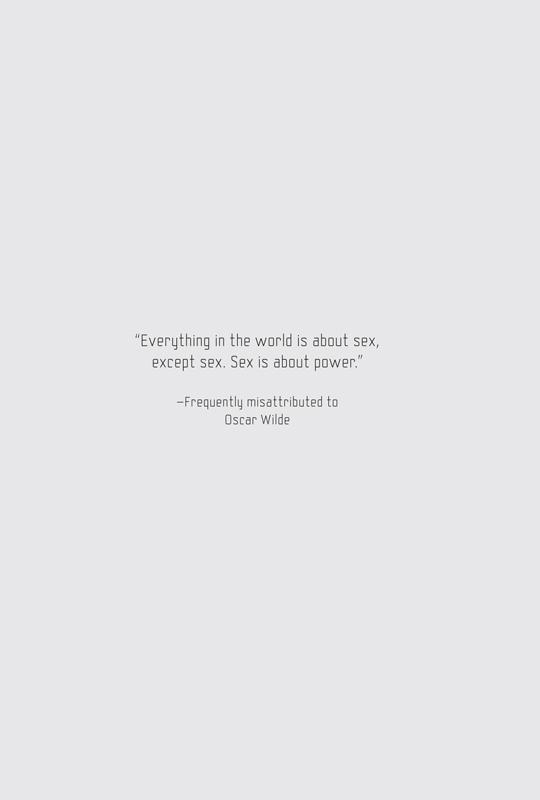 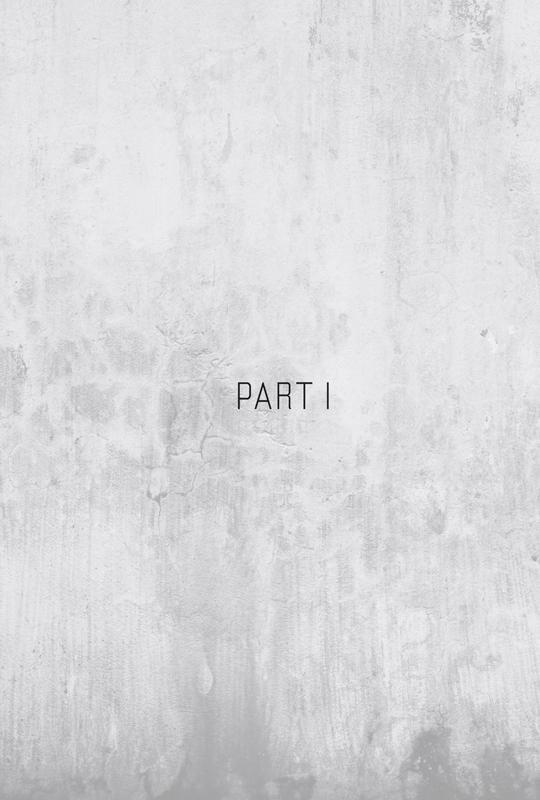 Once upon a time, a great lord was blessed with a baby daughter. He named her Talia, which means “Lamb of God.” Desiring to know what her future held, he assembled all the fortune-tellers in his lands. They declared that a splinter of flax would be her downfall. Her father, seeking to outsmart Fate, outlawed the use of flax.

One day, when Talia had nearly blossomed into womanhood, she looked from her window and saw an old crone spinning, spinning. Of course Talia had never before seen such a sight. Her young hand took the spindle from the woman’s withered one. At once Talia was pricked by a splinter of flax and fell down dead.

Her poor father, confronted by the inescapability of Fate’s hand, could not bear to see his daughter shut into a coffin and lowered into the ground. Indeed, her flesh still bloomed as if with life, though no breath issued from her lips. So he seated Talia on a beautiful throne and left his manor forever.

Time passed, but though the seasons changed, Talia’s beauty did not, caught as she was between the flowering of girlhood and the full fruit of womanhood. A trio of fairies visited her often, combing her hair and clearing the sleep dust from her eyes, but otherwise, sleeping Talia was alone. One day, a neighboring king happened by the manor, and as he passed, his falcon came free from his hand and flew up through a window. When it did not return, the king approached the house and knocked on the door. No one answered, so the king followed the bird, scaling the wall of the manor and entering through the window. He trod with reverent caution through the sleeping manor, and he searched each room for his bird until at last he entered Talia’s chamber.

Her beauty seemed immortal, but she did not answer when the king spoke to her and did not rouse from her sleep when he ran his finger across her throat. Believing her to be under some sort of enchantment, and beholding her radiance, he felt his ardor stirring. He obeyed its call.

The king gathered her in his arms and carried her from her throne to a bed, where he lost himself in the petals of her flower. When his lust was sated, he returned to his own kingdom.

More time passed—nine months, this time—and, without waking, Talia delivered two babes, one a boy and the other a girl. Had she been awake, Talia would have beamed over their beauty, but as she was not, the children were cared for by the fairies. They bathed and oiled the children and held them to their mother’s breasts, where milk flowed even as she slept.

One day the fairies did not come to the manor, and the babes wriggled up like little piglets to the breasts. They searched for her nipples, but one child sucked instead on Talia’s finger and drew free the splinter of flax that had pricked her many years before. As if awakening from a restful sleep, Talia stirred and awoke. She saw the two babes and knew them to be her own, though she knew not how they came to be there. She held them to her breasts, and they sucked milk from her and she loved them with her whole heart.

As the harvest moon grew, so did the king’s lust for Talia’s sweet flesh. Telling his wife he would hunt, he instead returned to the manor. There he found Talia, awake and flanked by the babes. Beaming with pleasure to see the eyes of his beloved, he told Talia who he was and how he had come to find her and how his lust for her flesh had overtaken him when last he had visited. Talia was not displeased by his handsome visage, and this time, when he went to her flower, it opened for him willingly.

When the king returned home, he could not turn his mind from Talia and the babes, and he called out her name in his sleep.

The king’s wife, a shrewd and suspicious woman, had felt unsettled since her husband’s return from a hunting trip with no game, and she grew doubly so upon hearing the name of another woman upon his sleeping lips. Her jealousy erupted like a pustule, and she sent for the king’s manservant and confidant, promising him riches and rewards if he would share the king’s secrets and threatening him with death if he would not. Neither brave nor loyal, the manservant told the queen all she wished to know.

The queen, once so informed, sent the manservant to Talia. He told her that the king had sent him to collect the children. When the children were in her clutches, the queen ordered the cook to kill the babes and prepare their flesh in an assortment of delights. The cook could not bear to perform the deed, so he hid the babes and prepared two lambs in a dozen different dishes. The queen herself served them to her husband.

The king ate his fill, tasting each dish and asking for more of everything.

Again and again the queen said, smiling slyly, “Eat, eat, you are eating of your own.”

When the king had sated his hunger and had fallen to sleep, the queen sent the manservant to bring Talia next to the palace. He did as she instructed, telling Talia that the king had called for her at last.

But of course it was the queen who awaited Talia, and she unleashed all her fury and jealousy upon her, spitting her accusations—“Whore! Stealer of husbands!”

Talia begged her pardon, claiming her innocence and swearing that the king had entered her when she was not awake, but the queen refused to hear her. She ordered a large fire lit in the courtyard of the palace and ordered Talia to enter the flames.

Talia begged to be allowed to take off the garments she wore, seeking to delay her death at least a moment. The queen, not for pity but rather for greed, gave her permission. Talia stripped herself of her garments as slowly as she could, screaming loudly for help all the while.

At last she dropped her final garment. The queen’s servants took hold of Talia’s naked arms and began to drag her toward the consuming fire.

But at last the king awoke from his slumber and heard Talia’s screams. He ordered his wife’s servants to loose Talia and demanded to know where his children were. The queen announced triumphantly that she had had them prepared into dinner and that she herself had served them to the king.

Aghast, the king called out, “Alas! Then I, myself, am the wolf of my own sweet lambs!”

In his fury, he ordered the queen cast onto the flames and listened with grim satisfaction to her screams as her flesh melted from her bones.

The treacherous manservant went next to the fire, and then the king called for the cook. But he appeared with the two babes and so was spared the flames, and the king rewarded him greatly for his cleverness and wept tears of relief to discover that he had not eaten of his own flesh and blood.

And with the queen dead, the king was free to marry Talia, which he did, and they and their children enjoyed long and happy lives, proving true the proverb:

Those whom fortune favors

Find good luck even in their sleep.

Things don’t really turn out the way they do in fairy tales. I’m telling you that right up front, so you’re not disappointed later.

Part of the problem is that we’ve all been lied to by Disney. You probably know that he whitewashed the shit out of the gory, sexy originals—what, you think a flower’s a flower?—that he made them into movies that teach little girls all they need to know to be princesses: be patient, be modest, and above all, be beautiful. If you do these things, Disney promises, then Prince Charming is coming for you and everything is going to work out just fine.

I guess my mom figured things would go down for her like Walt said. She was as beautiful as any princess. The modeling contracts she’d had since she was fifteen attested to that, along with the way the world seemed to rearrange itself to suit her. I’ve seen the pictures; I would have found it hard to say no too if the teenage version of my mom asked me for something. Hell, I find myself compelled to do the bidding of her thirty-five-year-old incarnation more times than not. But back then—the summer of her absolute apex, the summer when she was seventeen—the world was my mom’s bitch.

The Longest Ride by Taylor, Kelly
Druids by Morgan Llywelyn
Johnson-Johnson 06 – Dolly and the Nanny Bird by Dunnett, Dorothy
Lord of Ice by Gaelen Foley
The Pacific Conspiracy by Franklin W. Dixon
The Late Child by Larry McMurtry
The Valkyrie Project by Nels Wadycki
Malibu Betrayals by M.K. Meredith
Pascale Duguay by Twice Ruined
An Affair To Remember: A Ludlow Hall Christmas by CC MacKenzie