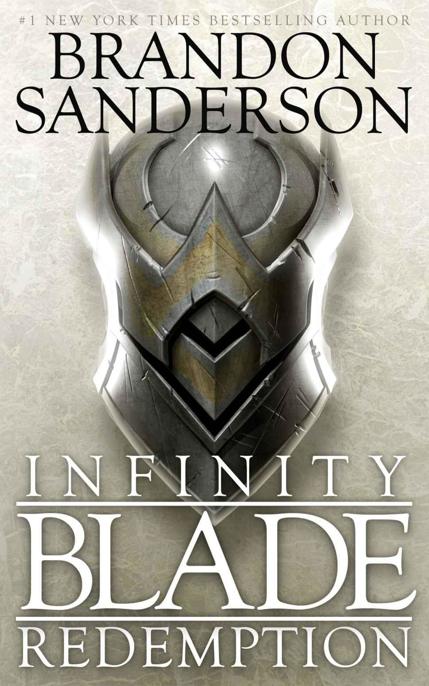 “YOU WANT
stories of Siris, do you? Stories of the Deathless who fought for ordinary men?”

“Stories of the youth reborn a thousand times, raised in each incarnation to try—and fail—to slay the God King? Stories of the man who did not know he was immortal?”

“Stories of Siris abandoned? Locked in the Vault of Tears, betrayed by the Worker of Secrets? Left to rot by the one who should have been his ally? These are the stories you seek?”

“Well, good. Because stories . . . stories I have. Too many stories. Stories like rats in the wheat, fat and glutted upon my thoughts and memories. It’s well past time that someone heard them . . .”

SIRIS SNAPPED
open his eyes and rolled. He had only a few moments before—

Hands grabbed his hair, yanking his head upward. A knee against his back forced him down to the cold stone.

Vision blurry, Siris twisted, trying to claw at the hands holding him. He had to—

The hands smashed Siris’s face down into the stone ground.

CONSCIOUSNESS
returned to Siris like an eagle spreading its wings. His mind flooded with sensation. The cold ground. His face resting in a pool of nearly dried blood, sticky against his skin. The stale scent of the prison.

He took a deep breath and threw himself to his feet, turning to swing. He opened his eyes to a blurry world of shadows and filtered light.

Those shadows caught him, tripped him, then slammed him back against the ground.

Siris growled. His primal instincts knew where his enemy would be, and he
kicked
upward into a soft stomach. Connecting felt
so
satisfying.

The shadows cursed. Siris pulled his foot back and rolled to his feet.

A weight slammed him backward against the wall. Siris writhed, but hands grabbed his head and jerked it to the side.

SIRIS WAITED
for his body to restore itself.

First, his soul tried to flee, to escape to a rebirthing chamber. That was far better than returning to a body that had been defeated—a fallen body was a compromised body. Innate Deathless programming tried to send his soul, his Q.I.P., to safety.

Siris registered this as a vague sensation, tangible only in the most fleeting of ways. Like the memory of a taste. A sense of uncontrolled soaring, a panicked flight.

Then a wall, like invisible glass. His soul was rebuffed as it had been each time before. It could not break out of the prison, and was instead forced back. Back into the imperfect body, the trapped body.

That body belonged to an immortal. It would restore itself, given time.

Eventually, consciousness swelled in his mind, and he regained control. He tried to feign death. His thinking was fuzzy, his eyes not fully restored, he needed to—

“You think I don’t notice you, Ausar?” a voice said from nearby. Siris felt warm breath on his neck. “You think I can’t hear you stir as you struggle back to life?”

Siris snapped his eyes open and reached for the figure above him, his ancient enemy. He could see only a blur.

“I put your eyes out each time I kill you,” the God King growled, grabbing Siris’s head and smashing it down against the floor.

The God King smashed his head against the floor again.

RAIN BLEW
against the window of Uriel’s cubicle.

A window. He had worked hard for a window. Mary had pushed him to reach for that achievement. When you worked every day with numbers and abstractions, she said, it was good to be able to look out and see the world as it was—not as simply figures on a page, to be added and assessed.

There are numbers out there too, though,
Uriel thought, looking out the window. Natural laws commanded the rain. Unseen statistics and figures determined where each drop would fall, how hard each would hit, the precise route each would take sliding down the glass. It was well beyond the abilities of mankind to calculate those figures, but that didn’t mean they didn’t exist.

“So,” Adram said nearby, “I told her that she’d better turn down the oven, because it was about to get a
lot
hotter inside!”

The regular team of coffee-mug-holding, suspender-and-tie-wearing marketing fellows laughed at Adram’s joke. At least Uriel assumed it was a joke. He didn’t understand why it was funny. Too many jokes didn’t make sense when you broke them apart, not logically. The numbers didn’t add up to laughter. Not for him.

He turned back to his smartdesk, lifting his stylus and making a few notations on a screen already full of numbers and ledgers.

Nearby, Adram leaned with one arm on the wall of the cubicle nearest him. He continued to chat as people passed. Some joined his group while others moved off. But Adram kept talking. Always talking. The man never seemed to get anything productive done.

Normally, Uriel could ignore him, but today it was tougher. The numbers . . . the numbers were so worrisome. Uriel needed quiet, not this constant blathering. Who had thought it a good idea to put an actuary next to the marketing department?

Uriel raised his hand to his forehead, kneading it as he tapped his smartdesk screen, bringing up percentages.
If this happens . . .
He brought up another list of percentages.
Not if. When. It
will
happen.

Each calculation spelled out disaster.

Unfortunately, that wasn’t what people wanted to hear from him. They got angry when he told the truth—as if it were his fault. As if he could
make
the numbers do anything.

He wished so much that he could.

Perhaps I can sugarcoat this,
he thought.
I could present the more optimistic side. Like they’re always telling me to.

He glanced at the picture on the top of his desk. Jori, wearing a baseball cap. No. No, Uriel would not sugarcoat what could happen if this technology were released. He would have to tell the truth. For his son’s sake.

That would make him unpopular, but why did they order a risk-assessment analysis if they didn’t want to hear the findings? Executives were so odd. All except for Mr. Galath, chairman of the board. He always seemed to listen. He was one of the only people who made Uriel think this company had anything of a future.

Adram’s chatter finally died down. Uriel glanced over. It looked like people had passed on to do actual work for once, leaving Adram alone. The tall, overly smiling man glanced at Uriel.

Adram sauntered over to Uriel’s cubicle. “Ho there, Spunky!” The man placed a hand on Uriel’s shoulder. “You’ll have good news for us at the meeting, right?”

“I will have facts, Adram,” Uriel said, prying the man’s fingers from his shoulder. “Nothing more or less.”

“Sure, sure.” Adram took a sip of coffee, then gestured toward the desktop and its display of neat ledgers. “You can really make sense of all that?”

“This is my domain,” Uriel said. “I can make the numbers speak—assuming I care for them, encourage them. Control them.”

“You make it sound like you’re a king, Uriel.” Adram laughed. “King of the ledgers.” He leaned down. “You’ll make them speak good things about Project Omega, right?”

“The numbers do not lie. I will say what they tell me.”

“They don’t lie. Cute. Look, Uriel. If you are so good with numbers, why do you always see the opposite of what everyone else knows?”

“Everyone else is wrong.” Wasn’t that obvious?

Adram sighed. “You realize that this is why nobody likes you, Uriel.”

“That statement is patently false. My wife and son both like me.”

“I wasn’t trying to pick an argument,” Adram said. “I was trying to help you out. As a bud.”

Adram sighed again, standing up straight. “Project Omega is going to happen, and it’s going to make us all very rich. You count those beans, Uriel. Count them well. And take a piece of advice—for once? Make them say that Project Omega is ready to go live.”

Adram patted Uriel’s shoulder, as if with affection, then he ambled away, raising a hand toward Jane and calling out something flirtatious.

I WOULDN’T
be here if I hadn’t grown weak,
a part of Siris thought.

The Dark Thoughts were stronger now. Siris recognized them as part of himself, and had admitted—to his shame—what he had been. A warlord. A despot. A murderer.

He didn’t remember that person. Whatever had been done to him . . . it had wiped away those memories, permanently. He felt blessed for that, was thankful for it.

The process, however, was incomplete. Those terrible memories had been taken, but that left him with something more primal. Instincts. The brutality of a creature who had lived as a tyrant for eons.

I could have dominated, ruled. I had the Blade. I could have left the Worker alone, could have slain Raidriar. Now . . . now all that is left to me is vengeance.

Siris threw himself to his feet, eyes squeezed shut. For a moment, he let the Dark Thoughts—the shadow of his ancient self—control him.

He caught the God King’s arm as it reached for him. Eyes still shut, Siris spun around, twisting the arm in its socket and popping the joint at the shoulder. Raidriar screamed. Siris felt the man writhing, cursing, spinning into another attack. Siris stepped away, but a shade too slow. The God King’s leg sweep sent him tumbling.

He kicked as he fell, striking where he knew—somehow—the God King would be standing. Siris’s foot connected with something hard—the God King’s knee.

A
snap
, accompanied by another scream.

Siris moved. No thought. No planning. He scrambled forward, eyes still firmly shut. He couldn’t trust them. Trying to rely on them only got him killed. Over and over.

Off the Record by Sawyer Bennett
Maxie’s Demon by Michael Scott Rohan
C's Comeuppance: A Bone Cold--Alive novel by Sisk, Kay Layton
House of Dreams by Pauline Gedge
Welcoming the Bad Boy: A Hero's Welcome Novel by Annie Rains
The Modern Mercenary: Private Armies and What They Mean for World Order by Sean McFate
Made By Design (Blood Bound Series Book 2) by Myers, J.L.
WholeAgain by Caitlyn Willows
Tribb's Trouble by Trevor Cole
Behaving Like Adults by Anna Maxted