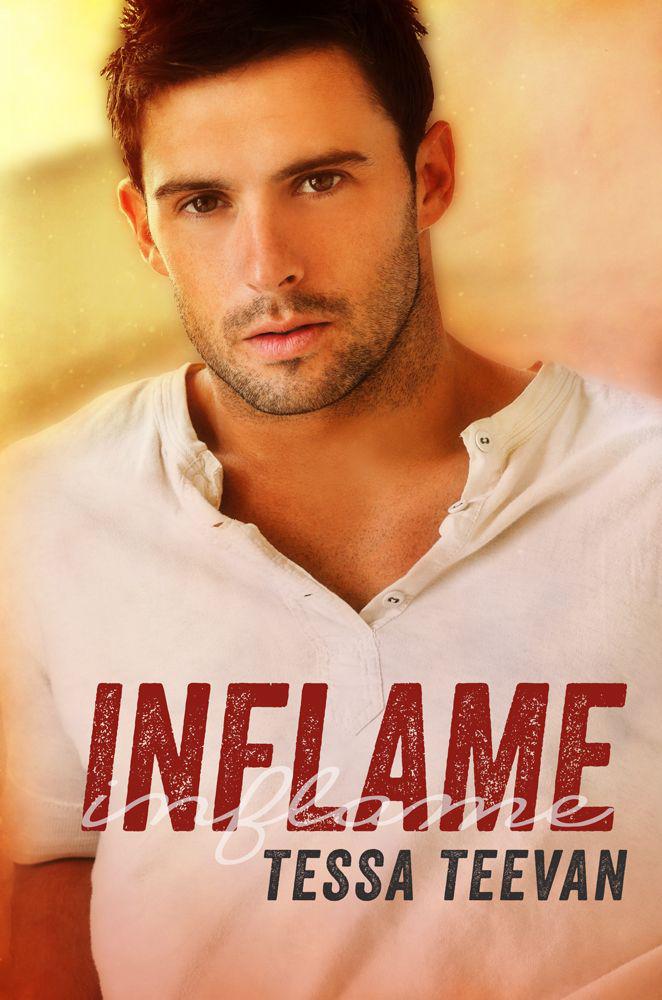 Combust
, the first book in the spin-off series, The Wellingtons, will be released late summer 2014.

The thought goes through my mind, and I keep repeating it to myself as I try to process everything that happened since we left the bar.

I begin to replay the last thirty minutes in my head. When Lucy and I left Chris's show tonight, it suddenly dawned on me that she'd been acting weird all night. I figured she was still recovering from the illness that'd been bugging her over the past week because she hadn’t had anything to drink and she’d been quieter than normal. When we got to the parking lot, I tried to press her up against her car, to move in for a kiss, but she pushed me away.

"Not tonight, Kale," she protested—something she rarely does.

"Come on, Lucy," I coaxed, wrapping my arms around her. "We haven't gotten together since you've been sick. I've missed you."

Even though she and I are just the whole friends-with-benefits thing, I do miss her when she's not around. The truth is, if I were ready to settle down, it'd be with someone like her. But for now, we're both comfortable keeping it casual and fun. At least that’s what I kept telling myself.

She relented at my words, and when she nodded, I leaned in for a kiss. "Your place or mine?" I asked.

"Let's go to mine. Last time we were at your place, I found a tiny thong underneath your bed," she said, wrinkling her cute little nose.

Groaning at the memory, I shook my head. "I told you those were from a long time ago. I don't even remember whose they are."

"You're such a man whore, Kale Montgomery."

Not since you,
I thought, but I played into it. "Yeah, and you love it."

Rolling her eyes, she got in her car and told me to follow her. When we got to her apartment, we were barely inside when I pulled her into my arms and pressed my lips against hers.

"I really have missed this," I admitted again, causing her to sigh against my lips as she wrapped her arms around my neck before returning the kiss.

Slowing down, she began speaking in between kisses. "Kale. We need to talk." Then she pulled away, breathless and flushed.

Not wanting to stop, I grasped her waist and pushed her back against the couch. "We'll talk after, babe. For the third time, I've missed you, and I can't wait any longer."

She lay down on the couch and pulled me down on top of her, pressing her hips into me. "Fine. We'll talk after," she relented.

For the first time in almost two weeks, I sank into Lucy Dawson, and it felt like heaven.

When we finished, she quickly got off the couch, dressed, and then began pacing the living room floor. A part of me was worried she was about to put the kibosh on our arrangement. I felt like she'd been pulling away lately, and I'd been worried there'd been more going on than just her being sick.

"What's going on, Lucy?" I asked, having never seen her like this—nervous, wringing her hands, and not looking at me. She's normally carefree and relaxed, things that drew me to her in the first place.

She stopped and finally looked at me as I was lounging naked on the couch. What do they say? If you've got it, flaunt it? Yeah, words to live by.

"Can you please put some damn clothes on? I can't concentrate when you're all sprawled out naked on my couch."

I grinned at her, but I complied by putting on my boxer briefs and jeans before sitting back down on the couch.

Watching as she closed her eyes and took a deep breath, I started to wonder what the hell was going on, not expecting what she was about to say.

Her eyes locked in on mine, and she set her jaw. "I think I'm pregnant."

Oh shit. "Whose is it?" I asked, and her eyes narrowed at the same time I realized that was the wrong fucking thing to say.

Putting her hands on her hips, she glared at me. "Considering you're the only person I've slept with in the last six months, why don't you take an educated guess?"

"Ummm, are you carrying the next Holy Child?" I asked, joking around.

Apparently I was oh-for-two because that comment earned me another glare.
Note to self: Do not joke with a potentially pregnant woman. Looks might kill.

"How was I supposed to know that? I have no idea what you did this summer, and our pillow talk never involves other people," I said. My heart started to race as the impact of her words began to penetrate my mind.

"Kale, I know we have this 'arrangement,' but that doesn't mean I'm sleeping around. I don't care what the hell you do, as long as you're safe, but I never screw two people at once."

"Hey, if I find the right girl, I might be able to change your mind," I joked, already forgetting my former note to self. Out of nowhere, a shoe hit me in the side of the head. "Hey!"

"Can you please be serious for once in your life?" she asked, her voice cracking slightly. I could hear the emotion in it, and I knew I had to take this seriously.

I exhaled slowly as I stood up. After crossing the room to her, I placed my hands on her shoulders to stop her from pacing. "Hey, come on. Maybe you're wrong. Have you taken a test?"

She sniffed, and even though she was avoiding my gaze, I could tell she was on the verge of tears. "No, but I'm late, can barely keep any food down, and my boobs are killing me."

I started telling myself that she was just being paranoid and everything would be fine.

"Do you have any tests here?" I asked, and she nodded.

"I'm too scared to take one, Kale. My life could change in three minutes and I'm not sure I'm ready."

"Our lives, Lucy. Come on. We’ll do this together," I told her. Gently taking her hand, I led her to the bathroom. "We might as well find out."

She rummaged around in a drawer before pulling one out. "Wait in my room, okay?"

"Sure thing, babe," I said as I pulled her in for a hug. I gave her a kiss on the forehead and started to leave, but I turned around at the last second. "Either way, everything's going to be fine," I let her know, even though I was trying not to panic myself.

So here I am, pacing her room, waiting for Lucy to piss on a stick, an act that might change my life forever.

I hold my breath when I hear the door open. She enters the room and immediately I know. Her eyes are rimmed red, and when they meet mine, she nods in confirmation.

“J
ESUS
, M
ONTGOMERY
. What the hell’s gotten into you?” Charlie Davenport asks, grinning as she pretends to shake off the weak jab I just got in.

I usually never hold back when boxing with her because she’d kick my ass if I did, but today I’m in rare form, my heart not really into sparring. It’s been two days since I found out that Lucy is pregnant. And it’s been almost two days since she’s answered the phone when I called.

When she came out of the bathroom, she simply handed the test to me without saying a word. It didn’t even register that I was holding the stick she’d just peed on. All I could see was the big, bold digital word PREGNANT glaring back at me. Once the initial shock wore off, I set the test down and pulled her into my arms, but she didn’t return my embrace. Instead, she was stiff against me, unmoving even when I tried to hold her tighter.

“Come on. Talk to me,” I pled as I pulled away to look at her, but she was gazing down at the floor. I was about to force her head up when she finally lifted it. Tears were streaming down her face, and I felt helpless to stop them. I was still reeling from the shock of it all, and I wasn’t sure I could find the right words to comfort her.

Slipping my hand into hers, I led her to the bed, where she let me undress her. It was different than all the other times I’d taken her clothes off. The act wasn’t sexual by any means, but it felt more intimate than we’d ever been, and it was slightly unnerving the way I cared more about putting her at ease than stripping her down to her underwear. The only time I pulled away from her was when I stopped to take my own jeans off. Without speaking, we both lay down on the bed.