Read Into the Nothing (Broken Outlaw Series Book 1) Online

Into the Nothing (Broken Outlaw Series Book 1) 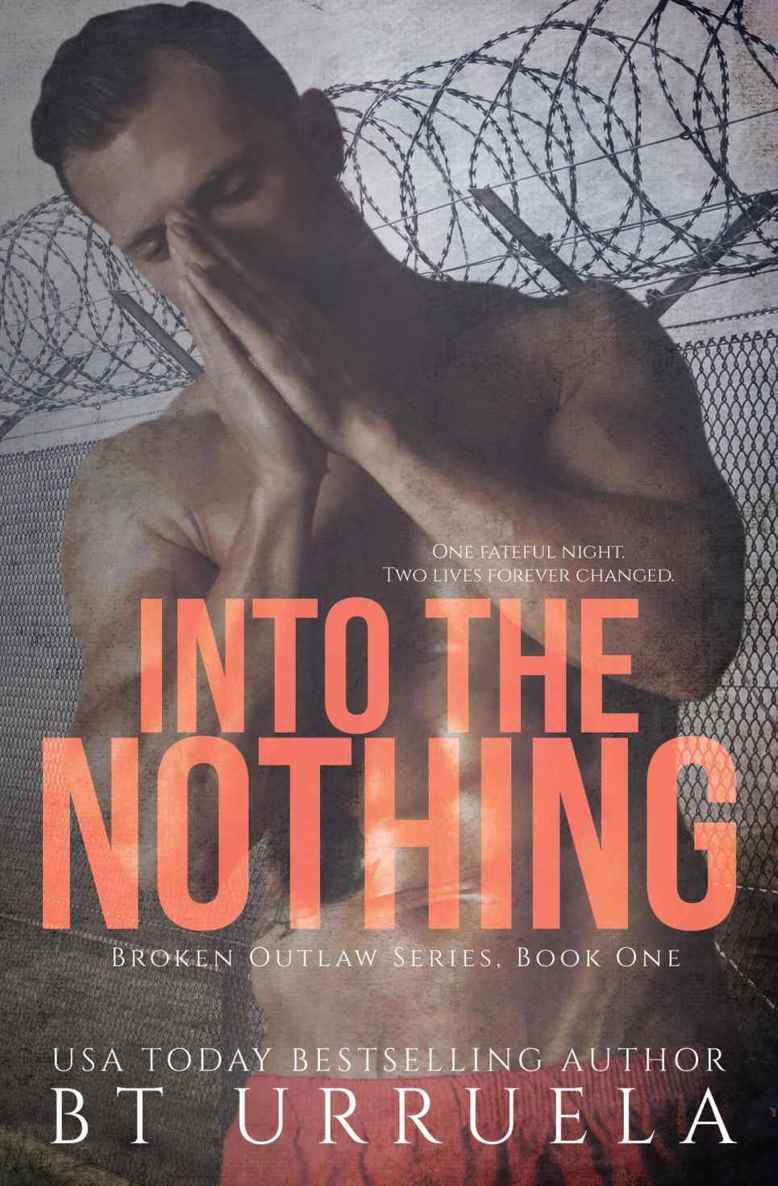 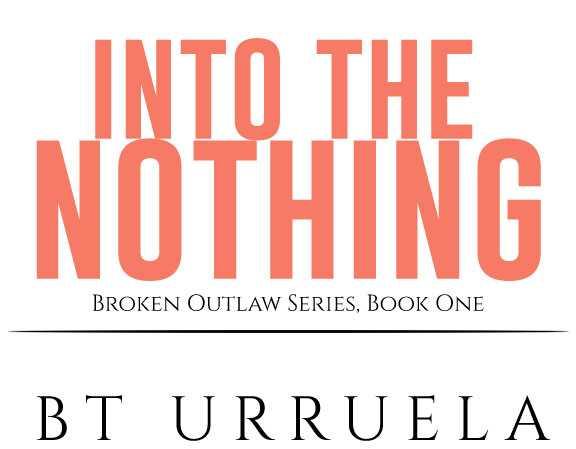 This is a work of fiction. Names, characters, businesses, places, events and incidents are either the product of the author’s imagination or used in a fictitious manner. Any resemblance to actual persons, living or dead, or actual events is purely coincidental.

To Major David Taylor and all those heroes who lost their lives defending our freedom.

I am forever indebted to you. And to the families of the fallen who must go on without them. God Bless you all.

I
nmate #0102258… That’s who I am now. Xander Evans doesn’t exist anymore. The man I was three years ago is now just a collection of memories quickly deteriorating. With each day spent in this hell, these four concrete walls relentlessly close in on me, inch by fucking inch.

I watched the TV shows. I was a
Lockup
addict. Hell, I had seen the very episode featuring the Missouri Correctional Facility, the same shithole I now call home. And in a sad twist of fate, I saw it long before entering this nothing. The violence. The rage. The misery. I judged it all from the front of a TV screen. Now, I’m just another animal locked up in this cage—for a crime I didn’t even commit. And my entire fucking world has crumbled because of it.

Okay. I get it. That’s what they all say, right? Fuck, I wouldn’t believe me either. I know how I come across to people. In this mostly shitty life I’ve lived thus far, I know what I’ve done. And I know I’ve brought most of this shit on myself. But I can say this with certainty…I’ve been a lot of things in my life—a liar, a thief, a cheat—but a murderer? I’m no fucking murderer.

I loved the Watsons. And Paige… don’t even get me started on her. Her face is etched in my memory. The pain still consumes me as if it happened just yesterday.

The DA told me the case against me was the tightest he’d ever seen. He said I’d get an immediate guilty verdict and due to the heinous nature of the crime, I’d likely be put to death. Admitting to a crime I didn’t commit was my only salvation. But I don’t give a shit about my life. I’d do anything to keep Paige from seeing what I saw that night…from seeing what haunts my dreams.

And let me tell you, I’ve had too many hours to process the fact that I was set up for a brutal murder and subsequently coerced into a confession.

My midday lull is disrupted by the notorious click-clack of Warden Jimmy Naranjo’s alligator boots. I hear him loudly whistling whatever country song he just heard. The slow of his step lets me know I’m his likely target, which is no surprise as he’s spent months now pestering me for information—information I refuse to give.

The Warden’s a great guy, and I respect that he comes from a similar background, but I won’t get involved in prison life politics. I just want to serve my time as peacefully as possible. It’s hard enough playing this game on your own in here, with no one to watch your back. But to be a rat too?
No, thanks.

As expected, Warden Naranjo stops just before my cell door and leans against its frame. He tips his Stetson cowboy hat back, exposing the thick lines in his forehead and the salt and pepper gray of his Chicano hair. A matching mustache straddles his lip, and it twitches as he raps two knuckles against the door.

I analyze his attire, amused. Not at how he’s dressed—hell, I’d be lying if I said the man wasn’t fashionable. But his ever-changing pastel dress shirts, starched vests and designer jeans stick out like a goddamn sore thumb in this place.

“Mornin’, Evans,” he grunts and tips his head my way.

“Warden.” I lift myself to a seated position on the top bunk.

He takes a few steps into the cell and leans against the stainless steel sink.

“We got word this mornin’ that your new cellmate will be in sometime this afternoon.”

He cracks a smile. “Well, he’s not like the last one. I promise you that.” He raises his weathered hands and shrugs. “He shouldn’t give you any problems. And he hasn’t fucked with any kids.”

He scans outside the cell a bit before coming in closer. “I need you to come down to my office a little later. We have to talk about the incident with your last cellmate.”

I try my best not to roll my eyes. My face must say it all though, because he quickly continues—with some authority this time. “We know you played no part. That’s obvious. We have an idea of who did do it, and we think you’ve got an idea too.”

I actually do roll my eyes this time and exhale loudly. The warden doesn’t like it much. He straightens, then grabs his vest with both hands, something he always does when he gets annoyed. It’s about the time his knuckles turn white I realize he’d probably rather be wringing my neck right about now.

“You can’t tell me the guy didn’t have it coming. What he did… I would’ve killed him myself if I cared enough to.” I lie back on the pillow with both hands behind my head.

Drawn to Life by Wagner, Elisabeth
Sheri Cobb South by Brighton Honeymoon
Dancing in the Dark by Sandra Marton
Shadows at Stonewylde by Kit Berry
Pravda by Edward Docx
When He Fell by Kate Hewitt
Call of the Sea by Rebecca Hart
Shield's Submissive by Trina Lane
Twisted Summer by Morgan, Lucy V.
I Married the Third Horseman (Paranormal Romance and Divorce) by Angel, Michael