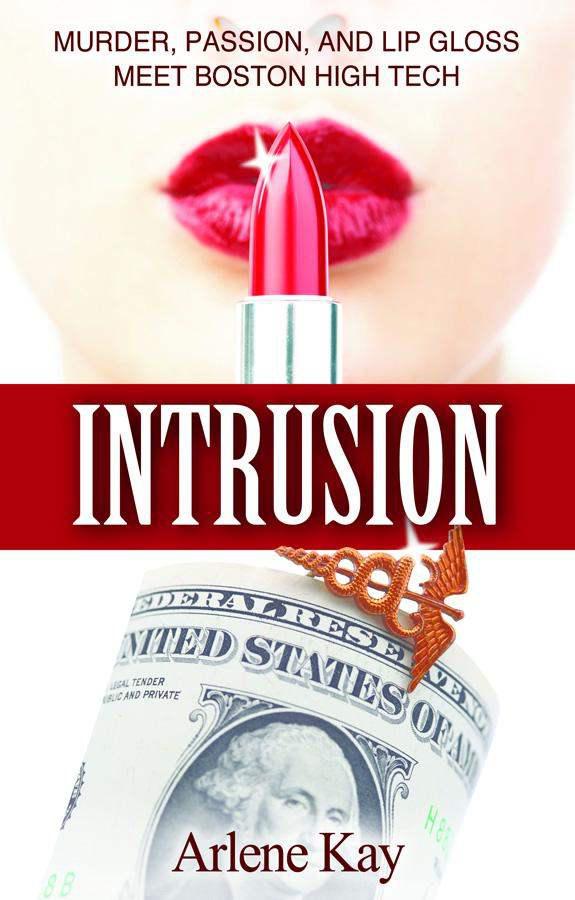 Names, characters and incidents depicted in this book are products of the author’s imagination or are used fictitiously. Any resemblance to actual events, organizations, or persons, living or dead, is entirely coincidental and beyond the intent of the author or the publisher.

Published in the United States of America by

For my husband Kent

and
for Marilyn S. Miller (RIP)

I was
dreaming of Kai when the phone rang. Its harsh tone buzzed through my brain like an angry bee, stinging me awake. I pried open my eyes and stared blearily at the alarm clock.
Midnight.
Thank God for Lasik surgery. At least I could see the damn thing now. My fingers reached blindly for the cell phone on my nightstand. Who the hell would bother me at this hour?

“Hello.” I mumbled into the receiver.

It was Candy’s voice, bright and bubbly just like always. No one else called me Betts, not even Kai. Lizzie Mae. That had been his name for me. I’d just settled into REM sleep, and she’d spoiled it. I hated her.

“Go away. I’m sleeping.” I disconnected, burying the cell phone under my pillow. She’d done this before.
Couldn’t wait to thrill me with her latest conquest.
Screw that. Girl talk should be mutual, and I had nothing to trade. Why else would I clutch my pillow on a Saturday night instead of curling up with him? Those days of cuddling and kisses were long gone. They say that abstinence is good for you, builds character. Phooey. If I really tried, I could feel Kai with me, holding me tight, whispering softly in my ear, lulling me to sleep. I drifted into fantasyland with a smile on my face.

The pounding wouldn’t stop. It wasn’t a migraine. It wasn’t even in my head. Some idiot was battering down the front door. My mood was less forgiving than a mama grizzly’s. Even my dog Della stayed sacked out in her crate to avoid my wrath. I grabbed a robe, belted it and lunged for the claw hammer.
Not much of a weapon, but a woman couldn’t be too careful.
Boston lawmakers coddled killers, not vulnerable females. I took a chance and used the peephole. Killers cap you right between the eyes if you’re not careful. All the books said so.

I’d finally get the chance to use that hammer when Candy put her perfectly
pedicured
toes into my house.

I switched off the burglar alarm and flung open the door. Something was very wrong. Candy was shivering, oblivious to the mascara ringing her eyes. They were her best feature, those green cat eyes. Her legs weren’t bad either. She wore a thigh-high silk dress with kitten heels. That didn’t improve my mood any. I’d wear a
burqa
if it covered my bony legs.

She staunched the tears coursing down her cheeks. “Oh, Betts, he’s gone.”

“Who?
You’re not making sense.” I clutched my hands to keep from shaking her.

We only knew one Tommy, Tom Yancey, our college buddy, confidant and court jester. He wasn’t dead.
Impossible.
I’d spoken to him only last month. A wave of guilt assailed me. He’d left messages on my machine, sent emails, too. Nothing
urgent,
just needed to touch base. I’d ignored them, shuffled them off to my pending list. He’d understand. We had all the time in the world.

Candy hiccupped, an open portal to hysteria. She’d be incoherent soon unless I did something.

I signaled Della to join us, since her people skills easily surpass mine. When Candy dissolves into a quivering mass, I get violent. Della licks her hand. Chalk it up to generations of herding instinct.

I filed into the kitchen and found the teakettle. British wisdom triumphed: nothing beats a nice
cuppa
when disaster strikes. Candy loved the soothing taste of Chamomile. Tommy insisted … I shook my head. No time for that kind of stuff. I blinked to keep from seeing him, long legs wrapped around the bar stool, sipping his mug of Earl Grey. “Real man’s brew,” he’d called it, making a muscle.
“Strong like bull.”

Candy grasped her teacup like a talisman. I didn’t offer food; I knew better. That size two shape was no accident. She counted calories with nuclear precision.

“Got any
Xanax
?” she asked.
“Or something stronger?”

“Later. Right now I need information.” I found a bottle of
Glenlivit
tucked away in the cupboard and poured a dollop into her cup. “OK. Tell me.”

Candy’s cloud of hair gave up the ghost and escaped its clip. She raked her fingers through it, gulping. “They called.
The cops.
You never answer your cell phone, so they got me.”

She checked her watch. It was way too large for her, a legacy from her dad.
“About an hour ago.
Right before I called you. Someone, a detective I guess, said Tommy was dead.” She sobbed. “They wanted an ID, Betts. Like at the morgue. I can’t do that.”

Morgue?
Just the thought gave me the willies. I’d seen that hellhole once before.
Just once.
My skin felt clammy, and my breathing slowed.
Not again. I can’t do it either. Not again.

Candy gulped her tea and looked for more. I made this one stronger. Half the cup was pure scotch. She didn’t even notice.

“Maybe they’re mistaken,” I ventured. “Tommy might be fine.” Candy’s grim face called me a liar. She shook her head.

“They have a picture from his wallet. You know the one.
Us three and Della.”

How could I forget that day? It was three months ago. I’d been cowering in my bedroom, missing Kai with all my heart, praying he’d come back. Back from the dead. I saw his cheeky grin and sparkling eyes, felt his strong arms holding me.

Just like that, they’d invaded my space. Tommy was a mess in torn jeans, sloppy tee and sandals. He’d stuffed his thick crop into a Red Sox cap just to annoy me. Candy looked much better. She’d paid good money for her torn jeans and faded blouse. Those honeyed blonde streaks cost her plenty, too.

Tommy dangled a key under my nose. “This is an intervention. Get dressed, Mrs. Buckley.”

I flinched. Hearing that name,
his
name, made everything surreal. Elisabeth Mae Buckley. Mrs. Kai Buckley. Aren’t there naming conventions for widows? Can I still use his name?

They camped out on the bed until I surrendered. With ill grace, I snatched an outfit from my closet and stomped into the bathroom. Tommy chattered nonstop until I reappeared.

“Well. That’s much better.” His smile was just short of a smirk. “Now, grab your things, leash Della, and follow me.”

“Where are we going?” I sounded peevish, unlike the vibrant Betts of old. “This seems more like an intrusion, an invasion of privacy.”

Candy tugged my arm. “It’s a secret. Come on. Take a risk. Live a little.”

That’s what Kai always said. Climbing Mount Washington exhilarated him. He couldn’t understand my reluctance, called me a chicken. I could still see him and Tommy strutting around the room, arms flapping, clucking like fools. Oh, God.

“What should we do?” Candy moaned. “He’s expecting us.” She pinched her skirt into a sodden mess, hiking it up to an alarming level.

She fished a tattered card out of her pocket and thrust it at me. It was an unimpressive government issue with name, rank and organization: Sergeant Mark Andrews, Homicide Division.

I shook Candy like a rag doll.
“Homicide!
Tommy was murdered? Why didn’t you say so?”

She cowered beside Della, whimpering. “I thought I did. The cop said someone ran Tommy down.
Didn’t stop.
Right outside his office.”
Her tears aroused my guilt and a sneaky sense of pleasure. I’d morphed from dishrag to bully in five minutes flat. Kai would be proud.

“I’m not leaving now. Forget it.” I folded my arms and stared Candy down. Della hovered around her, eyeing me. “Besides, he’s probably gone home.
Best to wait until tomorrow.”
That seemed to placate her.
Deferred action but a glimmer of hope.

I found a
Xanax
in my pocket and held it aloft. Candy’s eyes gleamed as she reached for the magic pill. Midway through
she
stopped, hiding her face under a mass of tangled curls.

“Don’t worry. I have plenty.” I’d stockpiled enough pharmaceuticals to pacify all of Cambridge. Those capsules had been my boon companions since Kai died. I’d had to hide them from Tommy. He didn’t approve of masking pain and threatened to flush every one of them down the drain. “Face reality. Let it all hang out.” Tommy was big on slogans.

Candy washed down the
tranq
with an alcohol chaser. To hell with consequences, desperate times called for bravery. She curled up on the couch, pulled the cashmere throw around her and sacked out with Della at her feet. I envied that childlike sense of detachment. Sleep claimed her like a lover, while it only flirted with me.

I set the alarm, slipped into my bedroom and snuggled back under the sheets. Maybe if I closed my eyes he’d find me again.