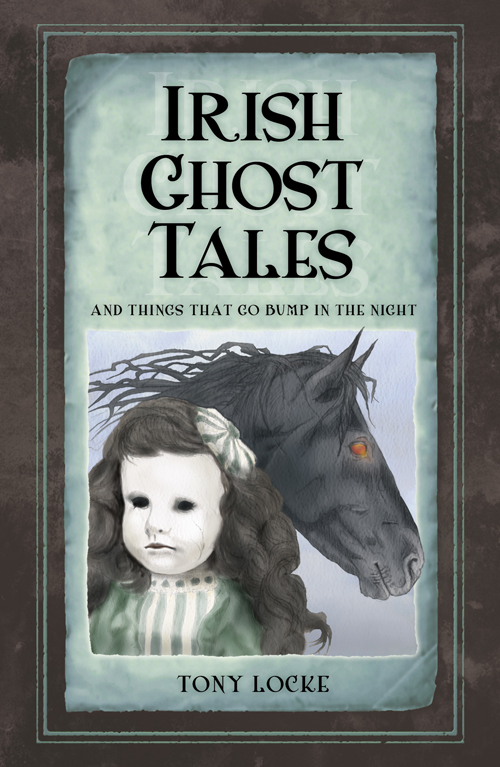 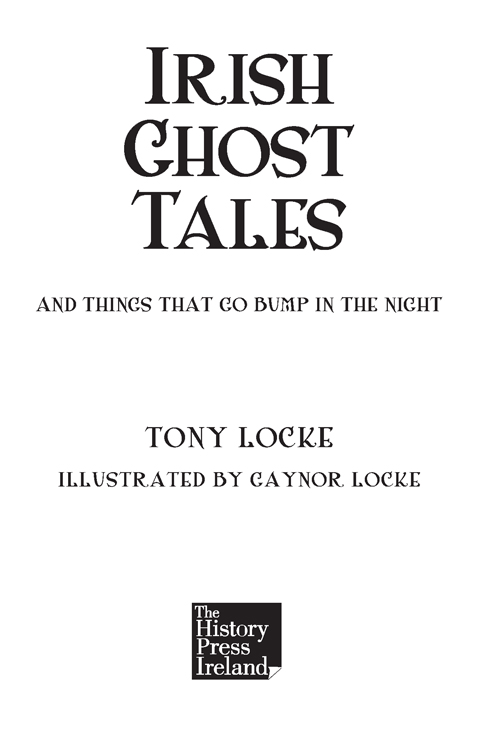 To Angela, Amanda and SiobhÃ¡n

T
his book would not have been possible without the help and support of a number of people. My wife spent endless hours both proofreading and illustrating the stories in this volume. Her advice and encouragement were invaluable. I would also like to acknowledge the help and support of my family and my publisher, whose guidance throughout is deeply appreciated.

I acknowledge, too, all storytellers past and present. A story does not become a story until it is shared and in the sharing it makes the journey a little shorter and a lot more enjoyable.

Finally, thank you to all those things that go bump in the night, be they real or imaginary.

D
o ghosts exist? Do supernatural beings walk the land? And do creatures linger in the shadows? Are legends of bloodsucking creatures based on some truth found on the edges of reality? In this collection, Tony Locke will take you on a journey through the magical land of Erin. As you turn the pages, you will find a host of dark spectral beings just waiting to take you by the hand, from banshees to the undead, witches and warlocks to the vengeful druid who guards a tomb. You will explore castles and graveyards and you will be introduced to the spirit of a child that possesses a doll, the horror of being buried alive and the cannibal woman who enjoyed eating children. As night-time approaches and darkness descends you may turn on the light but remember this: it is because of the light that shadows exist.

Stories told by the ancients around campfires right up to tales told by present-day storytellers or
seanchaithe
are here, waiting for you to begin your journey.

So why not pull up a chair and sit awhile? You know you're never too old for a story.

Things that go Bump in the Night

There are ghosties and ghoulies that can give you a fright

When you're tucked up warm in your bed.

There are things that sometimes go bump in the night â

Or are they just inside your head?

A creaking staircase, a scratch on the door,

A poltergeist carries its head.

The sounds of footsteps crossing the floor â

My god, I'm afraid of the dead.

They may not be real, but that's not how I feel

As I lie here shaking in fright,

I don't know why I make such a big deal

When things go bump in the night.

Now please do not laugh or think me a fool

just because I'm afraid of the dead.

you see, life is cruel and now I'm a ghoul

and I'm lying here under your bed.

I'm sorry for making you feel so afraid

As you lie there, shaking with fright

But you see now I'm dead, I'm inside your head â

A thing that goes bump in the night.

1
T
HE
B
ANSHEE
NATIONWIDE

W
hen most people mention a banshee they speak of it as a harbinger of death. However, the banshee's true role, according to Irish folklore, is as a protector or guardian-angel spirit. She appears shortly before a death occurs in one of the families she guards. I describe it as a âshe' for the banshee is traditionally female in appearance.

The banshee's method of foretelling death in times past differs from the present day: now she wails and wrings her hands as a general rule, but in the old Irish tales she is often described as washing human heads and limbs, or bloodstained clothes, until the water runs red with human blood. This would take place before a battle. So it would seem that over the course of the centuries the banshee has evolved and adopted more acceptable habits.

The banshee is said to follow certain old Irish families, usually those that have an O or Mac prefix, but this may not always be the case as there have been many references to banshees appearing before the death of certain Anglo-Norman families or Anglo-Irish families. It has been suggested that a banshee will even follow a family that emigrates and reference has been made to Irish families whose descendants in countries such as America or Australia have been visited by a banshee. 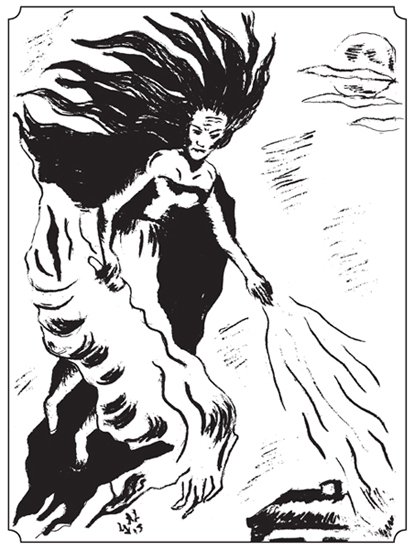 Traditionally the banshee will appear before a death and wail and scream. She will be heard by members of the family but may also be heard by others in the area. One such incident occurred in 1938 when the Giant's Grave in County Limerick was excavated and the bones taken to a nearby castle. It was said that those who heard the wailing of the banshee described it as if âevery banshee in Ireland was keening'. This may not be that unusual as there have also been reports of large numbers of banshees forecasting the death of major religious or political figures.

In 1437, King James I of Scotland was approached by an Irish seer or banshee who foretold his murder at the instigation of the Earl of Atholl. This is an example of the banshee appearing in human form. There are records of several human banshees or prophetesses attending the great houses of Ireland and the courts of local Irish kings. In some parts of Leinster, she is referred to as the keening woman whose wail can be so piercing that it shatters glass. In Kerry, the keen is experienced as a âlow, pleasant singing'; in Tyrone as 'the sound of two boards being struck together'; and on Rathlin Island as âa thin, screeching sound somewhere between the wail of a woman and the moan of an owl'.

The banshee is associated with the goddess in Irish mythology known as the Morrigan who is said to appear before a battle. She is also described as the âwasher at the ford'. It has been suggested that she appears as a young woman who washes the clothes or shrouds of those who will lose their lives in the upcoming battle. The banshee may also appear in a variety of other forms, such as that of a hooded crow flying over the field of battle, a stoat, a hare, or a weasel â in fact most animals associated in Ireland with witchcraft.

The banshee is also known as the White Lady of Sorrow and the Lady of Death. Unseen, banshees attend the funerals of the beloved dead. Although sometimes she can be heard wailing, her voice often blends in with the mournful cries of others.

It is not known when the banshee first appeared but the first records to make mention of her date from the early eight century. She is said to be based on the old Irish tradition of women singing a lament to mourn the passing of a family member. This is commonly referred to as âkeening'. Keeners were often frowned upon by the Christian Church and as punishment were said to have been turned into banshees by God. Another common explanation of the legend is that the cry of the barn owl is mistaken for that of the banshee. In ancient battles, owls would screech and take flight if they noticed an army approaching, which would forewarn the defending army. It is this screech that became associated with the banshee story.

T
here are several stories attached to Duckett's Grove, giving it a well-rounded paranormal history. One of the main stories is that of the banshee. In Irish folklore, she's often known to have long, flowing hair and to wear cloaks or shrouds. She is also known to use a comb to lure people. If you touch the comb, you will suffer dire consequences.

A Sister’s Gift by Giselle Green
When Silver Moons Rise (Lost Immortals Saga #2) by Leigh, KaSonndra
Bachelor Unforgiving by Brenda Jackson
KISS THE WITCH by Dana Donovan
Penumbra (The Midnight Society #2) by Logan Patricks
El león, la bruja y el ropero by C.S. Lewis
Honey is Sweeter than Blood by Jeffrey Thomas
Even Silence Has an End by Ingrid Betancourt
Bones of the Buried by David Roberts
Above All Else: A Bad Boy Military Romance (Easy Team Book 2) by Gemma Hart