Read Jack Pierce - The Man Behind the Monsters Online

Jack Pierce - The Man Behind the Monsters 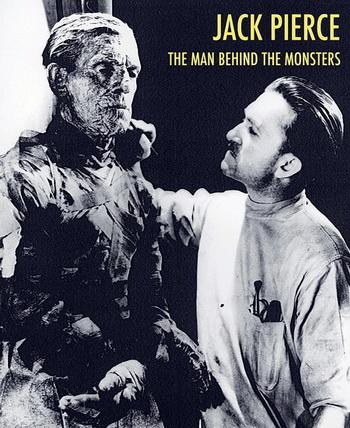 JACK PIERCE
THE MAN BEHIND THE MONSTERS 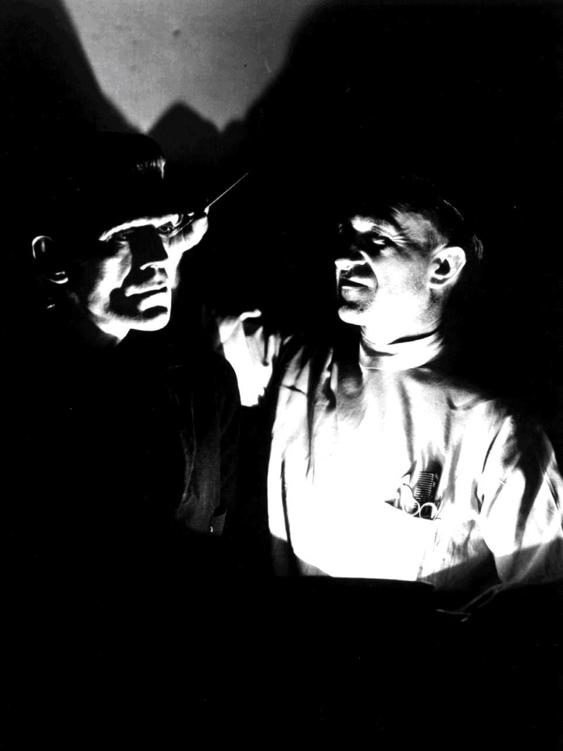 There’s not one of us in this industry who wouldn’t love to create another Frankenstein Monster as well as Jack Pierce did in that original film. There’s not one of us who doesn’t look at that make-up in absolute and total adoration. We admire what he did and when you think of how did it—with cotton and collodion—it was a brilliant character. We’re all still trying to achieve that level of genius. Not for the fame of it; just for our own self-satisfaction. 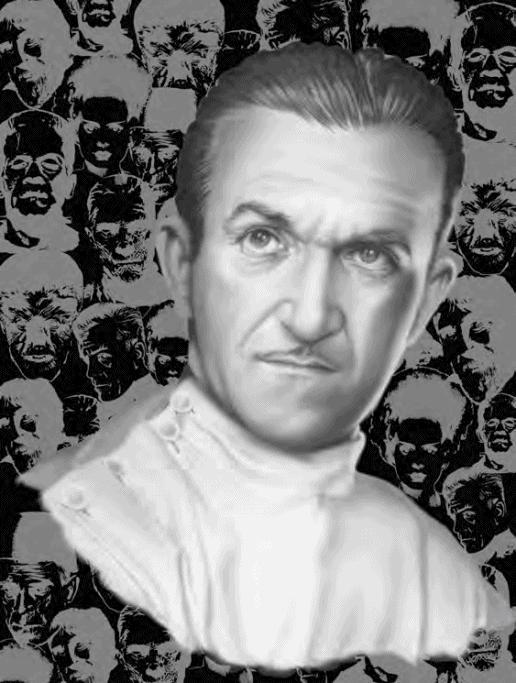 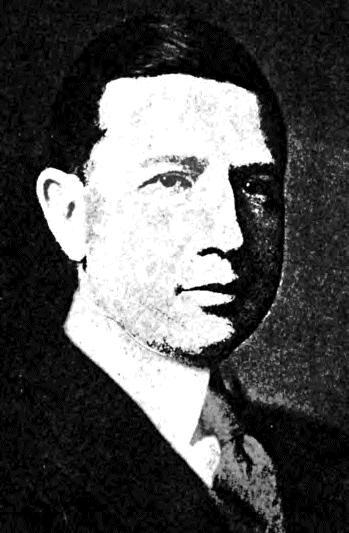 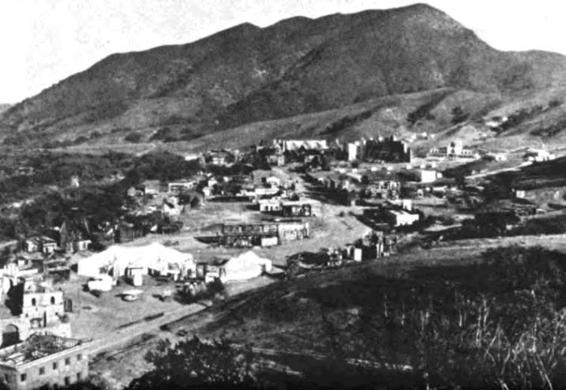 Janus Piccoulas — a Greek immigrant, born on May 5, 1889 — must have been shattered when, having moved from his first American city, Chicago, to Los Angeles to play professional baseball, he was told that he was too little. Though he had been a semi-pro shortstop in Chicago, at 5’6”, Janus was a victim of the first decade of the 1900s, a time when ballplayers were getting bigger and stronger—like the legendary Ty Cobb, who stood 6’1” and was a sleek 175 pounds. However, if Janus had made that California Coast League team, he may never have become the Jack Pierce that made cinema history in the decades to come. Not long after his dream of a career in sports faded, Janus chose to Americanize his name and married an American woman, Blanche Craven. His family subsequently rejected him, but in the first decade of the 20th century, Southern California was the land of opportunity, and 20-ish Jack Pierce quickly began his ascent in the fledgling motion picture industry. Pierce’s first real jobs were as a theater projectionist and later a theater chain manager for Harry Culver (top left) in the early 1910s. Culver had founded Culver City, offering land to any entrepreneur who pledged to build a studio—one who took his offer was producer Thomas Ince. Pierce fit in well amongst these early 20th century dreamers, and began to work on movie sets for Ince and other studios including Vitagraph and a new studio formed by another ex-Chicagoan, Carl Laemmle. Pierce wore many hats, serving as a camera loader, assistant director, bit player and stuntman. He once claimed that his going price was $1 per fall! By 1915, Pierce was employed on a regular basis at the biggest studio in existence — Universal City (above right and below left). Established by Laemmle, Universal City produced many silent “shorts” in the 1910s, and Pierce often worked on their skeletal crews (as the one pictured below right, in 1921). But Jack Pierce was only starting to make his way in Hollywood. 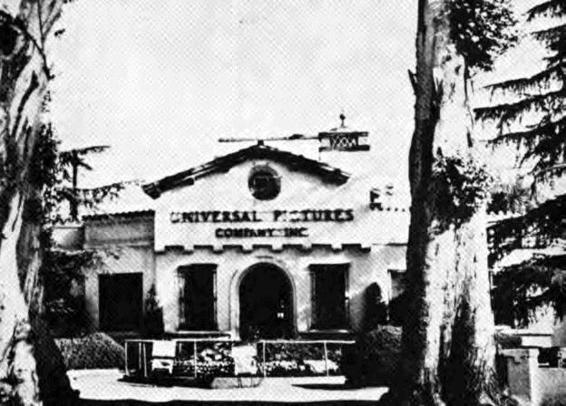 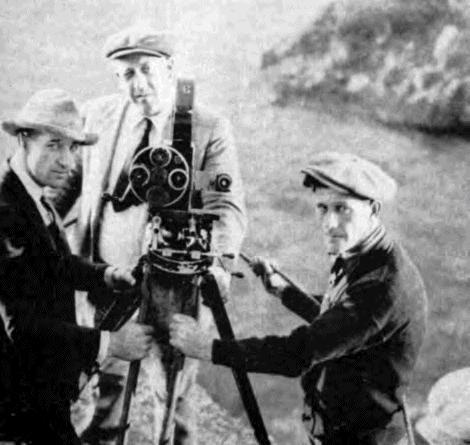 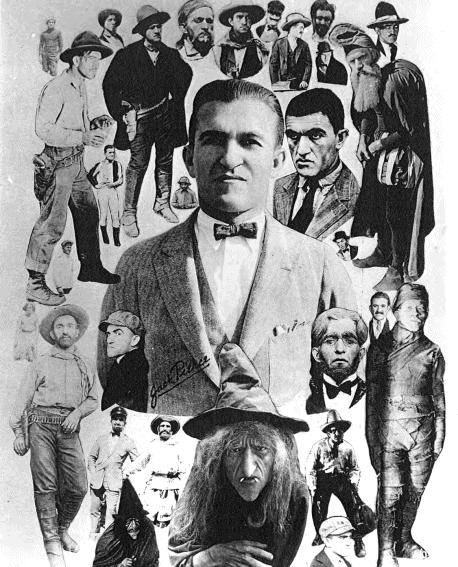 As Jack Pierce slowly forged a film career in Hollywood during the 1910s, one aspect of filmmaking especially called to him. Though he had been a stuntman and bit player on early film crews, Pierce wanted to take his performing skills to the next level. Much like other aspiring actors of the time who lacked the movie star good looks of a Rudolph Valentino or the swashbuckling screen presence of a Douglas Fairbanks, Pierce endeavored to get parts in films by transforming himself into any character that a movie called for. Along with performers such as Lon Chaney and Jack Dawn — two future makeup masters who got regular work acting in films — Jack Pierce developed an extensive résumé of character parts in the films of Vitagraph, Universal and other studios in the 1910s (left and below). Still, his acting career was somewhat of a side gig as he still earned the bulk of his living working behind the camera, eventually moving up to assistant director on many of his sets.

By the early 1920s, Pierce had been working in the business for nearly 15 years, but his acting career had failed to blossom. At Universal, he almost certainly formed a relationship with Lon Chaney who was a contract player at the studio until 1918. Chaney, of course, was the master of transforming himself to suit a film role, and Pierce surely developed his trade using Chaney’s tutelage, at least to some degree. When Chaney left to freelance, only rarely returning to Universal for legendary performances in
Hunchback of Notre Dame
(1923) and
Phantom of the Opera
(1925), Pierce probably saw the opportunity to become Universal’s next chameleon-esque actor who could play any part a script required, making use of his nascent makeup skills.