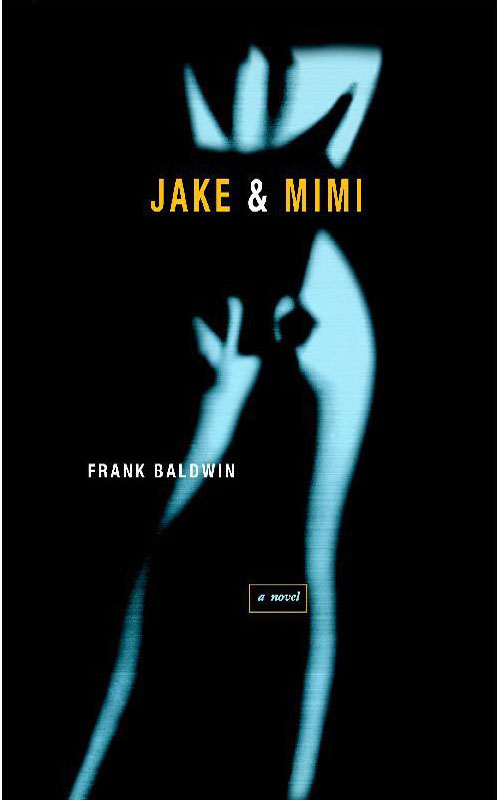 M
imi Lessing stirs her hot cocoa with a spoon and then lifts the cup to her lips. She sits at a small table in Liaison, a
café and consignment gallery in the West Village. She came from work, through the storm, and drops of rain still shine in
her hair. But her table is near the fireplace, and the fire and the hot cocoa have warmed her. She wears a white silk wrap
blouse, open at the neck to reveal a thin gold necklace with a single pearl at its center. When she is nervous, like now,
she touches the pearl for comfort.

“You must have some questions, Mimi.”

She looks into her cup and then lifts her eyes. “No, you’ve really thought of everything. Thank you.”

The woman across from her is fifty, French, and elegant, with touches of silver in her cropped hair and a red scarf tied expertly
at her neck.

“No questions?” she asks.

Mimi shakes her head, so the older woman starts to gather up her papers from the table. She slides contracts and song lists
and seating charts into a lavender binder, raises the binder to her chest, and then lays it down again on the table. She looks
across at Mimi.

Mimi puts down her cocoa. “It isn’t that,” she says quickly. “I’m grateful, really. You’ve done a wonderful job.”

Mimi’s fingers find the pearl and press it into the soft well of her neck.

“It’s just… I don’t want the magic of the day to get lost… in all the details.”

The woman reaches across the table and touches Mimi’s cheek. “To be twenty-five,” she says, smiling. “You’ll have magic, Mimi,
I promise.” She rises from her chair, her long legs elegant in a black pantsuit. “Do you know the key to magic?” she asks,
gathering a red shawl around her shoulders.

“Preparation,” she says. “I’ll call you next week.”

Mimi watches her make her way through the quiet café, then sighs and finishes her cocoa. The ceiling lights are dim and far
apart, but the glow of the fire plays over her pure complexion.

She looks out across the room, at the three paintings that hang on the far wall. Her eyes are soon drawn to the last of them,
a Spanish hilltop wedding scene. It is beautiful in its simplicity. A single table for the wedding party and guests, with
the bride and groom at its head. Their hands are clasped together, their eyes joyous. Mimi smiles wistfully. No seating charts
or song lists, no wedding planner.

“Can I get you something else?”

The waiter’s voice breaks her reverie. “No,” she says. “Thank you.” She looks again at the painting, then stands and puts
on the beige fitted jacket of her work suit. She lifts her purse off the chair and walks to the front of the café, where she
pauses for a moment in the doorway, looking out at the driving rain. She readies her umbrella and steps out the door.

The café is nearly empty now. Soft piano mixes with the murmur of the few scattered patrons and the occasional hiss of the
steamer from behind the counter.

Through the streaked glass of the front window I can still see her. I take a sip of cappuccino and watch her red umbrella
disappear into the night. I look into my cup and then back at the painting on the far wall. I study the eyes of the Spanish
bride. The artist has captured them perfectly, captured the moment when a young woman passes from innocence. I take another
sip and lay the porcelain cup on its saucer.

Soon Miss Lessing will pass from innocence. I take a dollar bill from my wallet and place it on the counter, and stand and
pull my raincoat around me. It took me nearly fifty years to find her, and six weeks is all the time we have left alone together.
Enough time, I hope, for her innocence to restore my own.

S
ome of us guys who put no stock in the next world like to lean pretty hard into this one. I lean hardest on the weekends.

Most Fridays I set aside for the gang, but thanks to Pardo, I’m on my own tonight. Pardo had pitched Sid’s bachelor party
as a “low-key affair.” Nobody told that to the girls. They turned out to be a lot friendlier than anyone bargained for, and
when Jeremy, wrecked from shots and still reeling from the show, staggered home to find Cindy waiting up for him in a teddy,
offering a little late-night relief in exchange for some honest reporting, the guy stuck his neck right in the noose.

By eight the next morning the bride was on the warpath, crying on the phone to her bridesmaids and threatening to call the
whole thing off. “Don’t tempt me,” said Sid through his hangover. By evening it was all back on schedule, of course, but now
everyone in the gang is pulling wife or girlfriend duty for the next two weekends at least.

I’m single and free, and if tonight goes the way I want it to, I won’t miss the guys at all. Beer, poker, camaraderie — I’ll
take them nine Fridays out of ten. Tonight, though, I’ve got a shot at the water of life.

All day at my desk it’s been building in me. I could hardly keep my mind on the new account. It’s a tough one, too. Art Jensen,
a Queens beauty shop maven with a Mafia don’s regard for our Tax Code. By rights he’ll owe a couple of hundred grand, minimum,
but if I can’t figure a way to tell him “refund” come April 15, he’ll be calling our senior partners at home. That’s what
I get for being the new guy.

I left the office at six, changed quickly at my place, then ran the sixty-hour work week right out of me. Started into the
park in the last soft light of day, ran east to the water and then down along it, past the heliport, the ballfields, clear
to the Brooklyn Bridge, touching the base of her and turning for home as the lights of the city came on and the cool spring
night came down to meet me. After a long shower I poured a tall, bracing glass of Absolut and now I’m sipping it out here
on the fire escape in shorts, looking down on the street below and thinking of the night ahead.

She’ll be a tough one, all right. The toughest yet. But what a payoff. I change into a soft shirt and slacks, lock the door
behind me, and step out of my walkup and into the Manhattan night.

Broadway is no misnomer. Thank you, Spring. The women have put away their heavy coats and are out in blouses and shawls and
hose. They are everywhere, stepping sensuously from cabs, gliding from the mouths of the subway. Alone, in pairs, on the arms
of men. Even the billboards have caught the spirit. Angelina Jolie, wearing almost nothing, looks down from a movie marquee,
and Drew Barrymore, in not much more, flashes by on the side of a bus. I turn onto Eighty-first Street, primed.

Her name is Melissa Clay.

Last Sunday I saw her for the first time in twelve years, the first time since I was a kid of fourteen and she, at eighteen,
the hottest girl in our small American school in Tokyo. She was the eldest of three sisters, spaced two years apart, meaning
that from the day I found out what my pecker was for until the day I left for college, there wasn’t a two-hour stretch when
one of them wasn’t setting me off. Shana and Beth were star material, too, but Melissa was already a budding young woman,
and to a kid of fourteen she was as magical — and as out of reach — as a princess.

The Clays were missionaries and summered, as we did, in a modest international resort community on a lake in the Japanese
Alps. There were about a hundred of us families, most from the church but a few stray businessmen, too, like Dad, who rented
the small log cabins from June through August each year for a couple of months of rustic living. There were no televisions,
no telephones, even, and you hauled your drinking water from a well. They were simple summers, full of sun, exercise, and
good country food. The missionaries came for the big church down by the lake, for their prayer groups and hymnals, and for
the feeling of community they got from being with their own kind. The secular types, like my folks, came to beat the killer
Tokyo heat, and when the religion in the air got too thick for them, they countered with the easy porch life of cards and
afternoon drinks. As for us kids, we had the lake and, especially, the Boat-house.

The Boathouse was an old wooden wonder built onto the docks of the swimming area. It was open to the air, with low benches
for lounging, a Ping-Pong table that worked on the challenge system, and a stereo in the corner, complete with a pile of last
year’s rock records from the States. I was a crack Ping-Pong player, true, and a music hound, but I wasn’t thinking table
tennis or the Clash when I grabbed my towel from the porch each morning, took lunch money from Mom, and promised her I wouldn’t
be late for dinner. No, I hurried to the Boathouse because from there you could see the whole swimming area, which meant that
morning to sundown, every day but the Sabbath, you could see Melissa Clay.

Jesus, she was something. Close my eyes today and I can still see her in that black two-piece, sunning on her towel on the
docks. Two, sometimes three times an hour I’d walk by her, feigning interest in a Jet Skier or parasailer out on the lake.
She’d be on her back, her eyes closed against the sun, and I’d get in a good two-second stare. Twenty minutes later, back
in the Boathouse, I’d see her turn over, see Beth or Shana drip lotion onto her smooth back and rub it in, and I’d start down
the dock again, gazing out at the mountains that rimmed the lake as if I’d just noticed they were there and needed to walk
to the end of the dock for a closer look. The strings of her bikini top would be undone now, lying loose on the towel beside
her, and if I timed it right, she would raise up on her elbows to read just as I passed and I’d get the barest hot glimpse
at those magic breasts.

CorporateTemptress by Stacey Kennedy
Why Women Have Sex by Cindy M. Meston, David M. Buss
Chronicles of the Red King #3: Leopards' Gold by Nimmo, Jenny
SWEET ANTICIPATION by Kathy Clark
The Last Train to Scarborough by Andrew Martin
Adam's Apple (Touch of Tantra #1) by Morris, Liv
Mind Over Fear: How To Squash Your Fears, Overcome Anxiety, and Boost Your Self-Esteem In Just 30 Days by Victor L. Fox
Counterpoint by John Day
3 Gates of the Dead (The 3 Gates of the Dead Series) by Ryan, Jonathan
Santa Fe Fortune by Baird, Ginny