James Lovegrove - The Age Of Odin 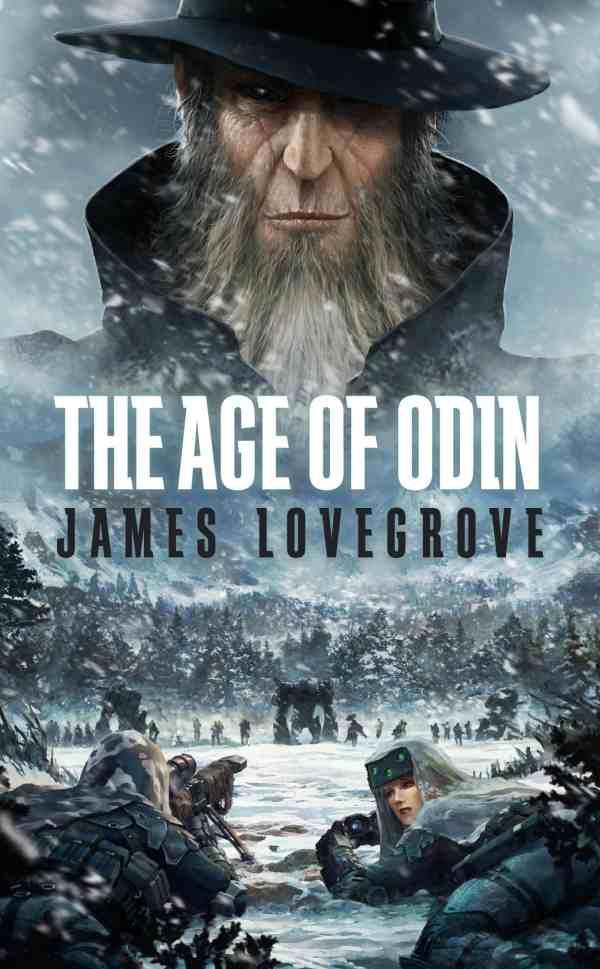 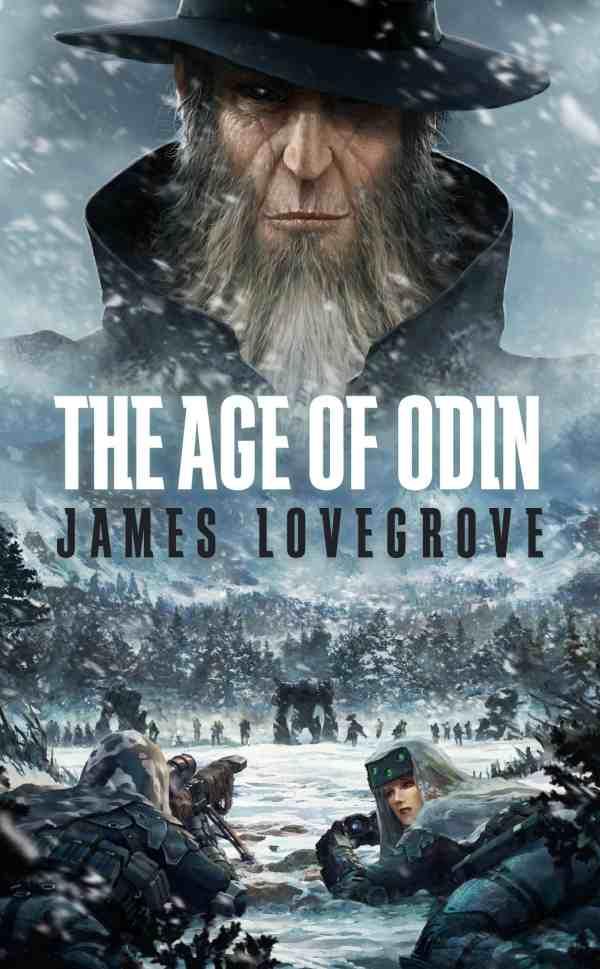 The Age Of Ra

The Age of Zeus

How The Other Half Lives

The House of Lazarus

The
5 Lords Of Pain
series

The Fledging Of Az Gabrielson

Pirates Of The Relentless Desert

Darkening For A Fall

So there I was, driving through the worst snow storm I'd ever seen, in a crappy rental Vauxhall Astra, with Abortion in the passenger seat offering useless advice and trying to get the stereo to work and, when he wasn't doing that, rolling up joint after joint and smogging the car up with skunk fumes. Our rate of progress was roughly ten miles an hour. It was getting dark. We didn't know exactly where we were going.

At what point, I asked myself, was I going to accept the fact that this was the worst plan in the entire history of mankind?

Knowing me, never. Stubborn, I was. Pigheaded, Gen used to say. "Except," she would add, "that's an insult to pigs. Compared to you, they're quite reasonable animals."

The snow filled the windscreen like static on an untuned TV. The Astra kept slewing and lurching, its wheels somehow finding every slippery patch on the road, despite my best efforts. Every half mile or so we'd pass another abandoned vehicle whose driver had had the common sense to admit defeat and dump their ride by the roadside and head off for shelter on foot rather than blunder on. This storm wasn't letting up any time soon. The forecasters predicted it'd last at least another twenty-four hours and maybe longer. Blizzard conditions. Batten down the hatches, Britain. The future's white. No one with any brains is going anywhere.

"Can't be much further now," said Abortion. His eyes were pink and glassy from the weed.

"How can you be so sure, if the place isn't even on the map and all you've got to go on is a bunch of written directions?"

"Dunno, just am. Call it a feeling." He offered me a pull on the joint he'd just sparked up. Abortion's joints were unique. To save on Rizlas, he used segments of pages from a Bible he'd been given by a maiden aunt for his confirmation, so each one had little lines of text running round it. He'd started doing this when he left school. The paper was thin and slick and could be sealed with a lick - just right for the job. Now his Bible had about a hundred pages left in it. He was nearly through the New Testament and coming up to the Book of Revelation.

"I've got to concentrate. Need a clear head."

"This clears your head," Abortion insisted through a blur of exhaled smoke.

I was tempted. But those days were gone. The booze, the spliff, the hazy mornings, the lost nights... They belonged in the past, with the pain. I'd taught myself to live in the present, not to do everything I could to escape it. It had been a hard-learned lesson.

I was probably half high anyway just from breathing in Abortion's second-hand smoke.

We ploughed on. Literally, almost. Drifts were building up across the road. I could just about make out the tramline indentations where other traffic had gone before us, but they were becoming silted up with snow. The Astra was carving a fresh furrow, as best its underpowered engine and poxy front wheel drive could manage. Not for the first time I found myself wishing we'd sprung for a 4x4, something decent like a Range Rover or a Shogun. But fourbies were at a premium these days, and the rental companies were charging more for them than Abortion and I could hope to afford. With the cash we'd been able to scrape together between us, this fucking heap-of-shit hatchback was the best we could do.

Then the heater packed in.

"Oh fuck me rigid," I sighed once it became clear that the vents were blowing nothing at us but freezing cold air. "Does this cunt of a car hate me or what?"

Not that it made much difference because the heating hadn't exactly been doing sterling work beforehand. Abortion and I both had put parkas, hats and gloves on shortly after setting off, having sussed that the Astra itself wasn't going to be much help in the keeping warm department.

By now the sky was so dark grey it might as well have been night-time, although it was barely four in the afternoon. I hit the headlights. The snow flurries became a bright swirl of stars, galaxies in fast motion.

Another three miles on, something under the bonnet began to hiccup and whine.

"Ever get the impression someone up there's got it in for you?" I wondered.

"Everything in the universe happens for a reason," Abortion replied.

"Sorry, didn't quite catch that," I said, cupping my left ear, the one that was genuinely hard of hearing. "Did you just say, 'Hippy bullshit, blather blather, hey wow man bollocks'?"

"Thank you, Mr Dalai bloody Lama. In the meantime, I'll be busy making sure we don't stall and break down in the middle of fucking nowhere in subzero fucking conditions, if that's all right with you."

Definitely a problem with the motor. I could feel it through the accelerator pedal, all misfiring and stuttering, struggling like an asthmatic donkey. We were still going forwards, but the power kept sagging. I was no expert, but the car wasn't going to take us much further unless we stopped and had a look under the bonnet. Stopping, though, was bonkers in a storm like this. Driving in snow, as I knew from doing arctic-weather training in Alberta, you had to keep going, slow and steady. It was the only way. Stop, and you might not be able to regain traction when you started up again, even if you stuck the car in high gear. "You park," as our instructor so bluntly put it, "you're screwed."

So we hobbled on, and I was hoping against hope that the engine trouble would just somehow sort itself, and I was mentally composing the extraordinarily sweary letter of complaint I would be sending the rental company if and when we ever got out of this situation, and of course the engine trouble didn't sort itself, it just got worse. The periods of power lag became longer and more frequent, and I started scanning around for signs of human habitation, the lights of a distant farmhouse, the glow of a far-off town, something to indicate there was somewhere we could take refuge if need be, but there was nothing, fuck all, just blackening sky and the endless thickly spinning snowflakes and the road that was disappearing, becoming buried, merging into the countourless whiteness all around.

We were out in far-flung hilly countryside, north of most of the cities I knew of, the furthest north I'd ever been without ending up in
Och-aye-the-noo
-land - where they painted their faces blue and called chips salad - and there was nothing like civilisation any more, not here. We'd left that behind us in this half-arsed venture of ours. Half-arsed venture of Abortion's, to be precise. It was all his idea, and I'd just gone along with it for want of anything better to do, any other viable option, and honestly, a bloke whose nickname was Abortion... He'd been christened that by a sergeant major on his very first day of basic (because, apparently, he looked like a foetus - and he did, to some extent, in certain lights, all bulging-eyed and big-foreheaded) and he hadn't been able to shake it off since, and why the hell had I listened to
him
, of all people? A man who measured out his life in quarter-ounce wraps. Which of us was the bigger fool for embarking on this journey, this wild goose chase, in the face of the worst bout of weather anyone could remember? The addled dope head, or me, the supposedly sane, normal guy?

And then, a miracle, hallelujah, out of the blue, a petrol station appeared. A BP garage. Lights on. Open. With a covered forecourt that was more or less free of snow. The sign even promised a café, just above the orange digits displaying the eye-wateringly high prices for a litre of diesel or unleaded.

"See?" said Abortion, stubbing out his J in the ashtray, which could be found just below the This is a No Smoking car sticker. "All that flapping for nothing. The universe is telling us it's on our side, it wants us to make it."

I held up two fingers in a peace sign, then flipped them round.

At the BP, I had a squint under the bonnet. The spark plugs were all carbonised. When was the last time someone serviced this fucking banger? I gave the plug heads a clean with some paper towel. Fingers crossed this had been the source of the problem, but for good measure I fiddled with the distributor and wiggled various vacuum hoses, checked the oil, made sure the battery connections were secure. The full extent of my auto mechanic expertise. Watching
Top Gear
religiously didn't make me Jeremy Clarkson. After that I topped up the fuel tank, and joined Abortion indoors. He'd gone in for a slash, and now he was sitting at one of the tables in the tiny café, watching telly in the warm, huddled over a hot drink.

A Sorrow Beyond Dreams by Peter Handke
Rebellious Bride by Lizbeth Dusseau
Thrasher by K.S. Smith
The Queen's Favourites aka Courting Her Highness (v5) by Jean Plaidy
Stealing Carmen by Faulkner, Gail
Apples Should Be Red by Penny Watson
Nobody's by Rhea Wilde
After the Downfall by Harry Turtledove
Mammoth Boy by John Hart
Look Both Ways by Jacquelyn Mitchard