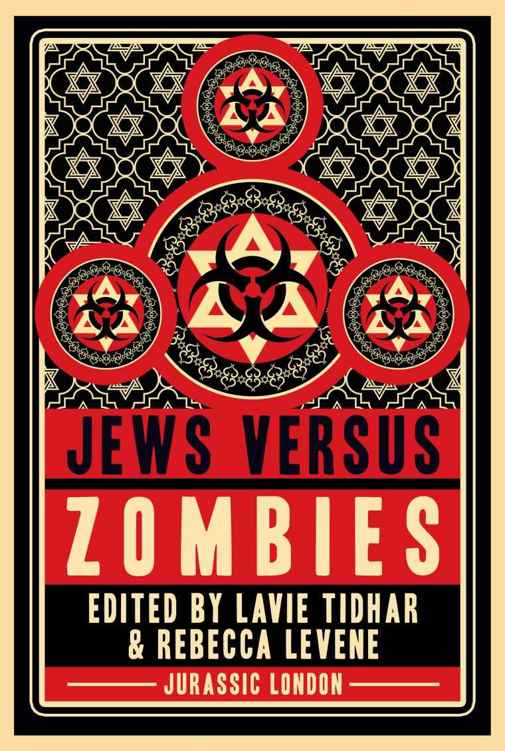 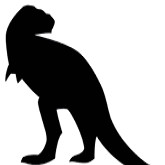 The right of the authors to be identified as the authors of this work has been asserted in accordance with the Copyright, Designs and Patents Act 1988.

All rights reserved. No part of this publication may be reproduced, stored in a retrieval system or transmitted in any form or by any means, electronic, mechanical, photocopying, recording or otherwise, without the prior permission of the copyright owners.

Zombies, like Jews, are ubiquitous it seems. They’re everywhere. In Judaism, of course, one expects the corpse to remain in the ground until such time as the Messiah finally comes, at which point we’ll all rise again, restored, and make our way to Jerusalem. In the meantime, however, we seem quite content to hang about getting on with stuff. There’s no hurry, after all – as the proponents of slow-moving zombies would no doubt say.

Here, then, are several tales of Jews vs zombies, from the light-hearted to the profound, by writers from the United States, Israel, South Africa, Australia and the UK. I hope you have as much fun reading this book as Rebecca Levene and I had in putting it together. In the tradition of
Tzedakah
, all money earned will be donated to charity. You can read about our chosen charity in About The Charity at the end. A companion volume is Jews vs Aliens, which we hope you check out too! My thanks to my co-editor Rebecca, our publisher, Jared, and all our authors for making this possible.

“If you will it, it is no dream!” as Theodor Herzl said: and no doubt he had just such an anthology in mind.

There were once 12 yeshiva students who were graced with long, perfectly curled sidelocks that shone in as many shades as the sample book at the local wig-maker’s store. Each one of the boys was an ilui – a prodigy of his generation. And they all lived and studied together at the great House of Learning in the mystical city of Safed.

One day, Yossele, the oldest of the 12, was reading an ancient kabbalist tome he’d found discarded in the genizah. It was filled with stories about The Ari, Rabbi Isaac Luria, Lion of Safed, and father of modern kabbalah. Yossele read that The Ari once instructed his students to sleep on the graves of tzaddikim in the city’s holy cemetery, so that even in repose they could learn the words of the greats – wisdom rising up from the hallowed tombs. And so, Yossele read, each of The Ari’s illustrious followers would do so every night until the ancient cemetery resembled a campground, and the many-colored sleeping bags that dotted the cemetery began to smell from mildew, caused by the holy mist that blanketed the town each night. Nobody knows what stopped the practice, the ancient book went on to say, but one day The Ari called all his students back to their beds. “There is only so much one can learn from the dead,” he said. “Come back to the living, my students, come back.” And so they did.

But, the book continued, it is said that those closest to him, the illuim of his generation, their souls never left the garden of the dead and sometimes you can see them still, those students he once called his lion cubs, curled up cat-like on the tombstones, sleeping soundly on the graves.

Yossele was charmed by the story. After dinner and night-seder, he told it to Moishe, who told Donniel, and then Yerahmiel, and soon a crowd had gathered in the dormitory room that they all shared. Asher and Bentzion, Efraim and Leibel, Kalonymous and Zevulun, Samuel and the youngest of all of them, Gedaliah.

“We should try that!” Asher was the first to say, his eyes blazing gold like his sidelocks.

“Are you crazy?” said Yerachmiel, twirling his auburn tresses nervously.

“Isn’t it cold outside?” offered Donniel, the most fragile and sickly of the bunch, his curly russet peyot frizzed and trembling.

“It wouldn’t hurt just once to try it,” offered Leibel, sleek and dark-haired, always daring, the most athletic of the 12.

“Of course you’d say that,” argued Samuel, of the thick chocolate-brown hair. “You could run all night and still show up for morning prayers.”

“I say we go for it,” said Yossele, his voice loud and smooth like his caramel locks, “but all of us, as a group, nobody stays behind.”

“Tonight,” chimed in Kalonymous, “at the stroke of midnight.” His eyes burnt wild with the same passion as his fiery red hair.

“Don’t forget to dress warm!” advised the youngest of them all, Gedaliah, his face lit up with an inner glow that matched his pale blond hair.

And so to bed they went, each one of them, side by side, in a chamber lit only by moonlight and the white fire of the holy books that lined the room. Though the books threatened to topple in on them at any moment, like most of the crumbling stone buildings in the city, they were held fast by dust and the comfort of the years.

When midnight struck, it was Efraim who whispered first, “Wake up, my brothers! Wake up, the hour calls us!” He hadn’t really slept, but counted 24 formations of gematria as his clock ticked and every second showed a new prophetic formulation.

He had been trying to decipher if tonight was an auspicious night, but every string of numbers set his mind wandering down different pathways in the number labyrinth of his mind, and he came up with nothing in the end, well, nearly nothing, only 12: “bay” or “yab”.

“A number which could mean the abyss,” he murmured to himself, “a lost thing or a longing, a desire or a craving, a howl or a silence, a decision or a prayer, rejoicing or trepidation, a lamb, a bear, a fish, the banks of the river or the prince of Magog, a caress or a nail, a babbling, that ‘one and the many are one’ or it could have meant the shvatim, the 12 sheaves in Joseph’s dream, or 12 like the number that we are, 12 students, getting up at 12 midnight.” He took a deep breath, and then it was time to go.

They rubbed the sleep out of their eyes and fumbled on socks and shoes, tzitit and pants, an exaltation of kippot and hats that covered their bare skulls. Lastly went the black jackets over the black sweaters until out of the window they all climbed, whispering softly with the breeze.

They ran down the hill from the yeshiva, down the alleyways and steps, rushing off as if to prayer. If anyone had asked them where they were off to (but no one did), it would have been obvious: to pray tikkun chatzot, they would have said, each one of them, for that was what they’d all decided. And indeed, as they made their way down to the graves, one whispered, “At midnight I will rise to give thanks unto thee,” and then the next repeated after him, until it was something like a game, of call and answer, or a dirge, that rose from each of their mouths and was borne onto the wind of night.

When they arrived they couldn’t see the tombstones despite the light of moon and stars, and while they would have liked to choose the sage whose eternal bed they shared that night, they didn’t think it mattered all too much, for every man buried in Safed was a saint, a holy man, a rav of sorts, and it is said that you can learn from every man.

So full of rapture were the boys that they didn’t even think to feel the names beneath their fingers. Each one wandered until he found a promising-looking stone. Bentzion sought a comfortable one, and lay down on one rubbed soft by rain and snow, his raven sidelocks falling like silk to grace the marble, having lost their curl in the damp of night.

Carrot-topped Zevulun chose a tombstone that looked ancient, cracking from the weight of years, and thought that certainly his choice was the best one: the older the dead the more he would learn.

And so each boy made his choice and curled up cat-like on a stone, and tossed and turned and shivered until sleep came.

What these bachelors never realized was that each in turn had picked a tomb not of a holy tzaddik but of his wife, the holiest of holy women, and when these women, dead so many years, felt the warm blood of a bochur sleeping soundly just above them, the ground began to rumble with desire.

Tremors are common in Safed, city of earthquakes. Nobody knows what causes them, for no direct fault-lines ache beneath the city vaults. But that night it was a different kind of trembling, and with a gust of wind came rain. The skies opened up the earth with tender fingers, and as the boys began to wake from cold, 12 sets of bony digits held them fast. Some boys screamed in terror, while others froze in fear, and watched in horror, speechless, as 12 lusty zombie brides rose from the earth.

Leibel thought that he could run for help. He knew he was the strongest and the fastest of the 12, but his bride Miriam, the daughter of the famed Rabbi Nachman, caught his ankle, and try as he might he could not escape the skeletal grip of her fingers. All the other brothers were caught in struggles of their own, until Leibel, swallowing his fear, decided to face her.

He thought perhaps an incantation or a prayer might release him. He started chanting, but as he did he watched her. Her hair was dark as midnight like his own. She wore a tattered dress and had haunted, decayed eyes, but she smiled, he could have sworn she smiled, or maybe all skeletons looked like that. But there was flesh there too, not much around the bone, but enough to soften her in places, and soon from her lips she crooned a melody. It was the softest saddest niggun Leibel had ever heard, and she swayed with him, as dancers do, and his heart beat fast, electric in the night, with fear but also awe, and he stood straighter, and relaxed, and took her hand in his and slid an arm around her waist (or where he thought her waist once was) and closed his eyes and danced. It was not the frenzied dance of the Hasidim, but a soft wedding tantz, a waltz. And he felt all the other eyes upon him, eyes and lack of eyes. His brothers and their brides all saw them dancing, and in no time joined them, hand in bony hand and arm around depleted waist.

The women sang songs the boys had never heard, niggunim, mouthing melodies like kisses that the boys took from their lips and sang back at them into the sky. And soon words followed songs and they were learning from each other, the boys how to dance, and how to hold a woman, the zombie rebbetzins remembering what it was like to be young and to be free.