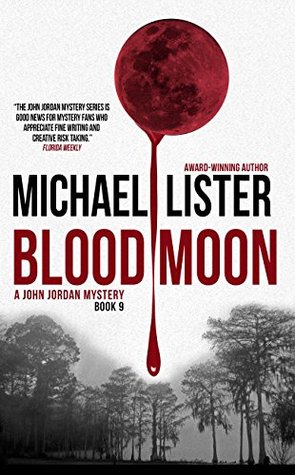 The Body and the Blood

Another Quiet Night in Desperation

For 1492 and the discovery of a great collaborator and an even better friend.

Thanks for your gentle, egoless, insightful input and inspiration, the amazing images you capture, and the great conversations about things that really matter.

Alone in the dark.

I was waiting for a call––the single most important phone call of my life.

Earlier in the night I had arrived home to find Anna gone.

I had found our solitary trailer in the Prairie Palm Mobile Home Community Phase II trashed, all its lights on, the front door flung open, and both Anna’s and her soon-to-be ex-husband Chris Taunton’s cars in the yard.

I had quickly searched everywhere. The trailer. The yard. The vehicles. Down by the river.

Then a number I didn’t recognize appeared on my phone and a voice said, “I have your wife.”

The voice was unrecognizable to me. I just knew it wasn’t Chris.

The caller had referred to Anna as my wife. Could mean he didn’t know us very well––or that he wasn’t being literal.

I had been thinking about it. What would someone close to us or who knew us well call us? Not husband and wife.
I have your girlfriend. I have your friend. I have Anna.
Chris and anyone sympathetic to him would call her
his
wife. They’d call me the son of a bitch trying to steal her away from him.Was he really going to kill Chris? Was there anything I could do? I’d try again to stop him when he called back.

The truth was no one had come up with a name for what Anna was to me, but I couldn’t help but think him calling her my wife was significant.

“Do you understand?” he’d asked.

“Thank you for not making ridiculous threats and absurd proclamations. You are wise. This is going to run very smoothly. You do what I say when I say and you’ll have her back safe and sound very soon.”

I had then asked to speak to her.

“When I call back,” he’d said. “When I have her situated. For now I just wanted to make sure you didn’t contact anyone before you knew exactly what was going on.”

“I have her ex-husband too. He came up as we were leaving and tried to be a hero. He will turn up dead in the next day or so. It will appear to be suicide. You will know what I am capable of.”

“I only care about Anna,” I’d said. “Do what you want to with Chris, but there’s no need to kill him to convince me of anything. I’m convinced.”

“That’s what I’m counting on.”

There was so much more I had wanted to say, but I knew better.

Since then I had been waiting for the call and readying myself.

Sitting here in the dark, in the single chair in the single wide, going deep inside, distancing myself from everything––including Anna. Especially Anna. If I let myself think about what she meant to me, let myself consider what would happen if I failed, I’d get her killed.

I could hear myself breathing. Slow, continuous, rhythmic inhalation and exhalation. My relative silence revealing all the sounds that normally go unnoticed.

Around me, the mobile home creaked and groaned. Beyond the thin paneling, old insulation, and aging, faded aluminum, the nocturnal noises of the September night were loud and could be heard as if nothing were between us.

The buzz and hum, thump and saw, chirp and croak of reptiles, animals, and insects.

The gurgle and bubble of the Apalachicola River as it wound its way toward the bay.   Somewhere in the distance, a diesel engine laboring to pull its load and a dog barking desultorily.

There were lockers inside me––all-black barrack storage lockers––and in them I locked away all but the essentials, all feelings, all sentiment, all fear and what-ifs, all but rudimentary humanity.

In the underground bunker that was now my mind, everything that wasn’t essential to getting Anna back, which included my feelings for her and the compassion and empathy, civility and humanity I ordinarily went to such great lengths to cultivate, was tucked away, locked up tight, in something darker than darkness, where even lost light had been vanquished.

I was something I hadn’t been in a long time––a soldier awaiting orders, a mercenary concerned only with the mission.

Most of me didn’t like being this way. Part of me liked it too much.

The truth was I wasn’t as good at it as I had once been––something I saw as a sign of growth. Something I hoped wouldn’t cost Anna her life. I had spent years nurturing a life of connection and compassion, of humanity and soul––all of which had led to an integration that made it more difficult to disintegrate or compartmentalize.

The phone rang then, its small screen bright in the dark room, and the waiting was over.

My throat was dry, my voice small and sleepy sounding.

“Did I wake you?” he asked, his voice tinged with sarcasm and surprise.

“Have you done anything stupid?” he asked.

“I certainly hope that is the case.”

“If you do not, her blood is on your hands.”

I didn’t say anything.

“I won’t. I just want Anna back. Nothing else matters to me.”

“I am going to let you speak to her. This is an act of good faith. Do not abuse it. The purpose is to let you know she is as I say. Nothing else. She can tell you nothing apart from her condition. She has been blindfolded from the moment she regained consciousness. She has seen nothing. She knows nothing. If she did, she would not be talking to you. Understand?”

“Oh, and I will be listening to everything that is said.”

“I’m fine. Honestly. I’m blindfolded. They used chloroform on me. But I haven’t been mistreated.”

“When we were kids I gave you something to show our support for Atlanta during the child murders. What was it?”

“I’m going to do exactly what he asks,” I said. “Gonna get you back safe and sound.”

“I’m sorry I let this happen.”

“Listen,” she said, “I need to tell you something. I know you know it, but I want you to hear me say it again. The only regret I have, I’ll ever have, is not being with you sooner. I love you with all of me. And no matter what happens, it’s not your fault and I wouldn’t trade a single moment I got with you.”

“You’re gonna get many, many more. Just do what he tells you. We’ll be back together very soon.”

“So you see,” he said. “She is fine. And she will stay that way. Just help a desperate man out and I swear to you everything will work out. You two will get a happy ending after all.”

“Speaking of the idiot,” I said. “Don’t kill him. There’s no need. I’m going to do exactly what you say. Killing him would just––”

“It’s already done. Now listen––and don’t interrupt me again. Go to work in the morning. Tell Anna’s boss she is having severe morning sickness and will not be able to work for a while––probably no more than a few days. Nothing to worry about. The baby is fine. She just can’t get out of bed. Follow your normal routine. Act ordinary. Don’t talk to anyone about any of this. I am not alone in this. I have people watching you, listening to you. We will know if you say or do anything.”

“Make sure tomorrow is the most normal day ever. Do this. Nothing more. We will be watching.”

“Then I will call you and tell you what to do next.”

“You’re not going to tell me what I have to do to get Anna back?”

“I’ve told you the first thing you have to do. Remember John, one day at a time.”

“How long will everything take?”

“No more time than Jonah was in the belly of the big fish.”

“By doing exactly as I say.”

“I want to know you have a plan to get her back to me, that you really are going to do as you’ve said you will.”

“We’re going to meet. Before this is over you’re going to have something I want very badly. And we’re going to make an exchange. It’s all very simple. Now get some rest and be ready. And no more questions. Just listen to instructions and follow them from here on out. I won’t tell you again.”