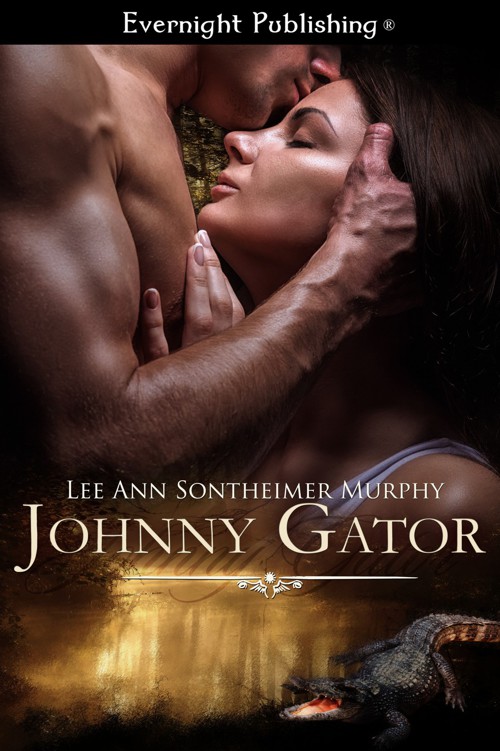 To
the Johnny who fished those bayous and the dark waters of Caddo Lake and to my
husband who first took me to visit those mysterious, hauntingly beautiful
places.

The
dark waters of Caddo Lake reflected images of the tall cypress trees draped
with Spanish moss, beautiful and yet somehow eerie.

Nola cradled her third cup of coffee between
her hands and savored the view.

On
Taylor Island, located across a narrow bridge from the tiny town of Uncertain,
Texas, she could almost believe no one else existed, although vacation homes
dotted the island. The homes ranged from vintage shacks to homes of the wealthy
with every amenity.

She preferred the
old house set off the ground by a good five feet with its screened-in porch and
small, comfortable rooms.

Snakes
couldn’t crawl into the house and the screening would serve to keep mosquitoes
out of biting range.

When
her aunt met her with the key the day before yesterday, she assured Nola that she
probably would never see any of the gators.
“They
keep to themselves, honey,”
her aunt had said.
“Some folks say there aren’t any but they’re here.

They just stay away from the noisy motorboats
and party people.”

“I
hope so,” Nola had replied.

A country
girl who’d been raised on a farm between Rusk and the Neches River, she had
killed many a snake with a hoe or rifle. But alligators scared her—they were so
big and could move with speed if they wanted.

Their long snouts and mouths filled with sharp teeth presented dangers
she would rather not handle, especially now.

Nola came to Caddo Lake to recuperate after suffering a beating during a
robbery outside the supermarket on what had been, until then, an ordinary day.
She needed the peace of the otherworldly swamp and the time alone to heal in
spirit as much as in body.

Call me if you need anything and
I’ll be here quicker than lightning.

It’s not
far
to Marshall.

If you get lonesome, come on over.”

Although
she didn’t say it straight out, Nola could tell Ronnie didn’t expect her to
stay on the lake.

After six years living
in Dallas, her aunt figured Nola to be too citified to deal with the night
sounds of birds and bugs or the absolute blackness of night on Caddo.

Since the robbery, most people figured Nola
craved company, light, noise, and protection as close as dialing 911.

Instead, she longed for solitude.

Papere
and
Mamere’s
old cabin had been the sole refuge available.

She took a medical leave of absence for the
rest of the school year and might go back to teach in the fall.

Everything depended on how much and how fast
she healed.

Nola
sipped the strong black coffee as she rocked back and forth in the ancient
porch swing.

Maybe in a little while she
would heat up some of the biscuits her aunt left or fry some sausage, although
she wasn’t hungry.

She hadn’t been, not
since that night.

Her
mind shut down the thought.

She didn’t
want to remember, not now in the peace and cool of the morning.

Last night she hadn’t dreamed about the
robbery for the first time since it happened.

Nola watched as a graceful whooping crane landed on the water and dipped
its beak to dine on insects.

Nature
brought a sense of order to a chaotic world, she thought.

Farther out, a snake arrowed through the
waters and although at this distance she couldn’t tell if it was venomous or
not, it belonged in the setting.

At
the edge of the lake, something rustled in the undergrowth.

It sounded large so she waited to see what
emerged.

Nola expected a deer, perhaps,
or a large dog.

Instead, a thick-bodied
alligator waddled out of the weeds and turned toward the house.

Yeah
right, the
gators keep to themselves—looks
like this
one’s coming to say howdy.

Fear
wrapped around her throat python fashion and she caught her breath hard.

The
creature ambled toward the porch with the relentless stride of an Army tank but
halted about three feet away.

Nola
stared with sick fascination at the tough greenish-brown hide.
Looks like it would be rough to touch but I
wouldn’t dare.

The gator lifted his
head and focused on her.

She spotted the
teeth inside the wide mouth and shuddered.

It moved forward with a switch of its long tail and gazed at her with
green eyes.

They weren’t the yellow she
had expected nor did they appear either sinister or reptilian.

It didn’t blink as it stared at her with what
appeared to be intelligent intent.

I hope he’s not sizing me up for dinner.

Despite
her unease, she didn’t think so.

Nola
stood and walked to the edge of the porch for a closer look.

The gator reminded her of a miniature
dinosaur, some prehistoric creature from a distant past.

It didn’t seem so threatening when she
thought of it like that.

The eyes
watched with something so human-like that Nola relaxed.

Although she had no intention of leaving the
safety of the porch or engaging it in any way, she decided it was
friendly.

Maybe she’d leave some leftovers
out for it, she thought,
then
shook her head.

Not a
good idea, girl.

You feed this one and
tomorrow it’s back, and the next day there might be twenty alligators feeding
in the yard.

For
a moment, she wanted to touch it and pet it like a stray dog but she resisted
the notion.

With her sore leg and hitch
in her step, she would never outrun it if it attacked.

Instead, she headed inside to change from her
nightgown into shorts and a tank top.

Nola changed the bandage on her lower left leg and inspected it.

With the stitches out, it continued to heal
but remained painful if she put her full weight on it.

She brushed out her waist-length brown hair
and pulled it into a low ponytail, then inspected her face in the mirror over
the bathroom sink.

Her
black eye had faded to a light yellow.

The deeper purple bruises on the right side of her face were softer, too,
and her lip wasn’t swollen any longer.

The split in the top lip had almost vanished.

In another week or so, she would look like
the old Nola again, but she would never be the same woman again.

The physical injuries would heal but the
inner damage might not.

One of the
doctors had already explained she would suffer from
Post
Traumatic
Stress Disorder and suggested Valium, which Nola refused.

If she took anything, it had to be natural,
preferably herbal.

With
a sigh, Nola turned away from her reflection.

The day stretched ahead, long and empty.

She scrubbed the seldom-used cabin, washed all the curtains and hung them
back at the windows, replaced every clean dish and pot in the cupboards, and
aired the rugs. There wasn’t much housework left after that. She made a list of
all the groceries her aunt had stocked in the cabin so if she decided to cook,
she would know what she had available.

Her e-reader held a number of books she hadn’t
read, but so far her mind had trouble focusing on a story.

Every time she tried, some small detail leapt
from the text to remind her of the robbery.

The name of a character, mention of a supermarket, or the make or model
of a car brought back the memories she would rather forget.

Descriptions of a parking lot brought images
of the asphalt lot of the supermarket, so she couldn’t read to forget either.