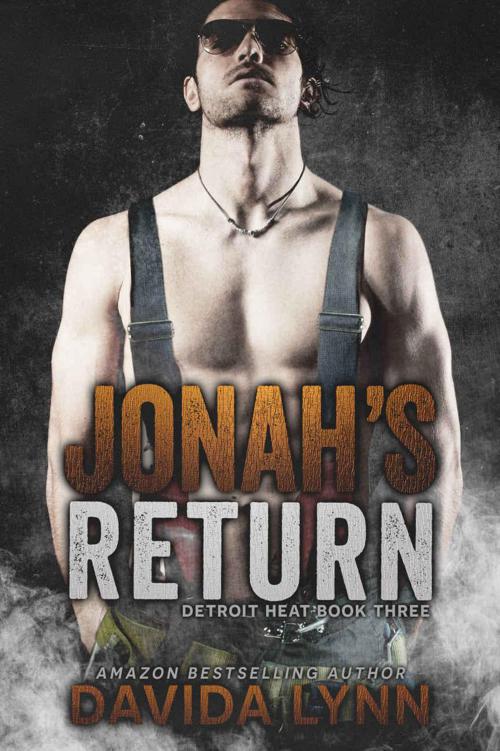 A big shout out to my writing partner
Rayna Bishop
, my faithful companion in telling stories.

She keeps me honest and true.

All the lovely ladies that encourage me, I can’t thank you enough.

Thank you all so much!

I thought I knew tired.

I thought I knew what it meant to be drained and still continue on.

I’d worked other 48 hour shifts, but none like this one.

This was the kind where the only sleep I got was against the tail of a fire truck, the diesel roaring out its deep, constant rumble, which was enough to relax me into a restless doze.

I cracked one eye to confirm my suspicion.

The sun was coming up.

It must have been seven hours that we were on an apartment fire.

That’s the last time I trade shifts with anybody.

It just wasn’t worth it.

We were called in to assist another department.

Their chief wasn’t exactly on the ball, and that meant things got way out of hand.

The fire should have gotten knocked down easy enough.

We pulled a young woman out in the first three minutes, but the fire kept giving us the slip.

Five hours later, it was a smoldering mess.

Salvage and overhaul lasted two hours after that, and I was dead on my feet.

I looked up at the sky.

The eastern horizon was clear, but above us, the clouds decided to dump rain.

It was the icing on the shit cake.

I rolled my eyes, thinking it couldn’t get any worse.

Somehow, though, it always did.

Captain Parnell came up and shoved the visor on my helmet down, pulling me from a stupor.

Music to my ears.

I nodded and dragged my body to the officer’s seat of the engine.

Once the last door slammed shut, Fonz throttled up.

“You remember that chick last week?”

One of the guys in the back of the engine was yapping.

I couldn’t tell who over the growling diesel just to my left.

“House fire, near Mandale I think.

Now
that
chick was easily a ten out of ten.”

I think it was Havens.

I checked the mirrors for Alfonzo before he pushed in the parking brake
.

The drive back to the station would take my mind off of the bullshit chatter going on behind me.

That was my hope, anyway.

“Havens, what in the hell are you talking about?” Dougie Capri was sitting right behind me, and he called out Havens.

“Are you talking about the woman that McCaffery pulled from the structure?”

“Wanna explain that one?”

Normally, he was a good guy, but in that moment, I just wanted everyone in the engine to shut the fuck up.

It’s only gonna be fuckin’ gross.

I promise you that.”

Fonz was on my side and didn’t even know it.

It was late, I was tired, and I could already tell where the conversation was headed.

“Yeah, the woman McCaffery and Jonah pulled out.

I gotcha back, Jonah.”
He called up to me, but I didn’t turn around.

If I had known that our rescue would get the guys going, I wouldn’t have told them anything about it.

I raised my head enough for him to know I heard him.

Havens was a pig, and I was tired of his shit.

He was the instigator, but everyone else followed along like it was all fun and games.

“Obviously you gotta imagine her not all burned up and shit, but I saw when they was doin’ compressions.

She had firm tits that were bouncing.

Kade worked her all the way in.

He’ll be able to give us a definite ruling.”

I clenched my jaw hard.

We were taking it easy back to the station, but I wanted desperately to run lights and sirens and cut the return time in half.

I could feel an aneurism coming on.

Everything about him pissed me off.

Instead, he let the conversation go on.

“Are you saying completely based on her tits, that woman was a ten?

Half her hair was burnt off, she was unconscious, and I’m pretty sure she was a squatter.”

Havens didn’t seem to like that, “I’m just saying, I bet she’d clean up real nice.”

The conversation faded away, and I thanked god above for that.

We pulled up to a red light just two blocks from our station.

All I wanted was a shower and a hard nap.

Havens called out, and I could hear everyone in the engine look to the left.

I turned my head out of curiosity, looking past Fonz I wish I hadn’t.

Three younger girls were in a Jeep with all the doors off and the windshield down.

I rolled my eyes and turned away.

I knew the comments were about to start flying.

My attention went out the window to the right, where nothing at all was happening.

“Christ almighty, that is a Jeep full of talent!”

Havens seemed to have completely forgotten about the woman from the fire.

“I mean, I’ve got a savings account that I could drain in about an hour on just the driver alone.”

“The tits on the one in back, though.

That’s as good as it gets.”

It was the last straw.

I couldn’t take it anymore.

The light changed, the Jeep turned left, and we headed back to our station.

In my head, it was the last call I’d ever go on as a firefighter.

It was the last call I ever
wanted
to go on, anyway.

That fire on your last trick shake you up?”

Dougie pointed his half-eaten drumstick at me.

I talked to one of my buddies on the ambulance crew.

She was stable when they brought her in, which I’m sure Havens will just love.”

A few of the other fire fighters laughed.

Didn’t get much sleep last night, and if things keep up like this, I don’t expect much sleep tonight either.”

It was a flimsy excuse, but one that fire fighters heard often.

If you weren’t tired, you were doing it wrong.

I was tired, but not from lack of sleep.

It broke my heart, but I couldn’t do it anymore.

The work was great, and I loved being a firefighter; it was all the other fire fighters around me.

I didn’t even consider them brothers, anymore.

I considered them to be self-centered, sexist, exclusive assholes.

Not all of them, but the ones that weren’t kept their mouths shut.

It took me two very long years to realize how much I hated this place.

Saves were tainted with conversations like the one on the way back.

That woman could have died if not for Kade, but all Havens could talk about was her tits?

What was the worst thing for me was the hypocrisy.

For a group of guys who love women so much, when we had one working with us, they were the most chauvinistic pricks I’d ever seen.

They scared Abbey away, they ruined my relationship with her, and they destroyed my image of the fire service.

The rest of dinner was spent talking about the movie we were going to watch after dinner.

Havens had gotten some B-movie skin flick from Redbox.

I couldn’t wait to sit down and watch that one.

I ate the rest of my dinner in silence.

While I was mopping the kitchen, my thoughts were with Abbey.

They were often with her.

Every third day when I worked a twenty-four hour shift protecting the citizens of Detroit, I thought of her.

Sometimes, she helped me pass the time, but others, she made it crawl.

She kept me up some nights, and others, she was the only thing that could get me to finally pass out.

All of that, and she probably got nothing but pissed off when I came into her head.

I sat in my recliner, barely paying attention to the movie in front of us.

The other guys were cracking up at every single dick joke.

That was not the life I saw for myself when I joined the fire service.

I envisioned the chili cookouts for the community, rescuing kids, and being
proud
of what I did.

Worse, I could get a victim hurt or killed.

As some college girl flashed the camera, I made a decision: Monday morning, I’d talk to my captain, and then put in my transfer papers downtown.

If there was another engine company that wasn’t like mine, I would have considered the switch, but I knew enough guys in the DFD to know that I wouldn’t find what I was looking for.

The prospect of desk duty didn’t thrill me one bit, but I was wrecked.

I didn’t know if I could actually fight fire, anymore.