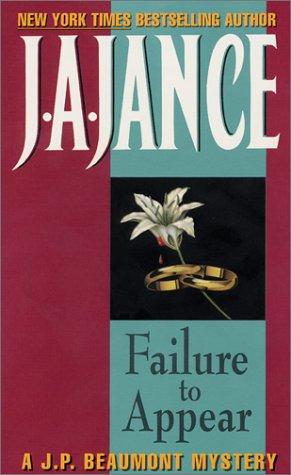 To Leah and Florence, two of Ashland’s
goodwill ambassadors, and to Lynn K.,
the best “Laredo Kid” ever.
Also, to Steve and Juli, who signed the napkin.

I hate hospitals. I hate the smell of them and…

It had started only three days earlier, although now that…

Following the attendant’s detailed directions, I drove out through the…

After that initial meeting, I didn’t hang around Live Oak…

Married people do it all the time. They go to…

No doubt things would have gone more smoothly if the…

We fell asleep. Considering the lateness of the hour when…

Other people went to see Shrew in the Elizabethan that…

I’m not one to spend time worrying about the future.

Tires crunched in the gravel beside me, jarring me out…

Ames joined me on the concrete bench, nodding in greeting.

We were ready to give up and leave when Tanya…

Again I found Alex waiting on the front porch. She…

Around ten, two young women from the Festival appeared. One…

I’ve heard stories about people who age overnight, but Guy…

For outlying towns in the Pacific Northwest—the isolated Pullmans,…

Once he heard what I had to say, Ralph was…

As I struggled to twist the stubborn shutoff valve, my…

Fortunately, the medics reached Tanya Dunseth before I did. They…

Fraymore and I sat in his Mercury outside Oak Hill…

Riding in the car with Fraymore was an emotional nightmare.

It must have been one-thirty or two when I got…

If I do say so myself, it was a hell…

OTHER BOOKS BY J. A. JANCE

I
hate hospitals. I hate the smell of them and the shiny glow on long, empty-looking corridors. I hate the ominous swish of white clothing that precedes nurses as they bustle down hallways or march unannounced into rooms. But most of all I hate waiting. Even for supposedly tough-guy homicide cops, there’s nothing in the world that makes you feel more powerless than cooling your heels in some obnoxious waiting room while a person you love goes under the surgeon’s knife.

When I couldn’t take it any longer, I escaped outdoors, retreating to the relative safety of a concrete bench next to an overflowing ashtray. There I sat, exiled to the smoker’s outdoor dungeon, even though I don’t smoke and never have. There was no tree to keep off the worst of southern Oregon’s blazing late June sun, but then I wasn’t looking for shade. I felt chilled. From the bones out. The 90-odd-degree weather could neither penetrate nor melt the ice floe building up around my heart.

Ralph Ames, my attorney, followed me outside. He glanced in my direction but left me alone. Instead, he walked over to the other pair of worried people, the one made up of Karen, my ex-wife, and her present husband, Dave Livingston. As Ralph spoke to them, I noticed that, periodically, Dave would reach over and pat Karen’s shoulder or pull her close and let her lean against him. Karen isn’t the “helpless female” type, not by a long shot, but she was taking it hard. Real hard. I was thankful she had Dave there to lean on when she needed it.

I could have had someone with me as well if I hadn’t been so damn stubborn. Alexis Downey was willing. In fact, she had offered to come outside with me, but I had sent her back into the waiting room to stay with Jeremy. He needed someone there with him, too, and God knows I wasn’t it. How could I possibly comfort him when I could barely stand to look him in the eye?

Ashland Community Hospital. Why did this have to happen here in a little Podunk town like Ashland, Oregon? I fumed for the hundredth time. Why couldn’t it have been in a big city like Portland or Seattle? Someplace civilized, where the number of hightech doctors outnumber high-priced lawyers. Someplace where, in spots like Seattle’s Pill Hill, glass-and-concrete hospitals stand cheek by jowl, stuck so close together that you can walk from one to another in a driving rainstorm without ever wetting your feet. I had suggested hiring a helicopter to fly Kelly to Portland, but the doctor nixed that idea. He shook his head and said there wasn’t time. Not for either one of them.

Alexis stepped outside then, too. With the highlights in her auburn hair gleaming in the afternoon sun, she walked over to where Ralph Ames stood huddled with Dave and Karen. The murmur of their conferring voices carried through the still, hot air even as far as my stand-offish bench. If I had tried, I suppose I could have made out what they were saying, but the way I felt, not knowing was better than knowing. Ignorance may not be bliss, but at least it allowed a slim margin for hope.

I glanced down at my watch. Two-thirty. The minister, a determinedly cheerful woman from the yellow Unity Church, had spent the better part of an hour at the hospital, sticking closer to Jeremy than to anybody else. Now she had gone off to Lithia Park to make sure all the guests knew the wedding had been canceled due to lack of a bride rather than lack of interest.

I saw Alex turn toward me, her eyes questioning, but I ignored her. I didn’t want to talk to anybody right then, not even Alex. In my case, misery most definitely does
not
love company. Coward that I am, when she started toward me, I abandoned the bench and beat it down the hill. For what seemed like hours, I wandered aimlessly through Ashland’s boiling midday heat, thinking about the unlikely chain of events that had conspired to bring us all here together.

As I walked, I brooded. I wondered if, after all this was over, anything would ever again be the same.

I
t had started only three days earlier, although now that seemed a lifetime ago. It began with a ringing telephone and with me cursing the noisy instrument that I regard as technology’s worst blight on the human race. Telephones follow me everywhere. Even in my car. There is no escape.

The blaring phone jarred me to my senses sometime around seven o’clock on a drizzly Saturday morning toward the end of June. Friday night had been a late one. I wasn’t nearly ready to rise and shine, but homicide cops at Seattle P.D. are used to unscheduled, early-morning wake-up calls.

Around what locals call the Emerald City, people tend to knock each other off in the middle of the night or in the wee small hours of the morning, especially right after the bars close on weekends. If the work load gets too heavy for the regular night-duty squad to handle, they start calling for reinforcements. Being off-duty doesn’t mean you’re home free. When your name comes up on the rotation, you’re called and you go in, regardless of what you may or may not have been doing the night before. Having a personal life is no excuse.

I figured my early-morning phone call meant it had been another one of those busy Saturday-night-special Friday nights around Seattle P.D.

“Beaumont here,” I grumbled into the phone, wishing we could somehow convince the city’s crooks—the gangs, the thugs, and the variously affiliated drug dealers—to use each other for target practice during regular daytime eight-hour shifts. “What’s up?”

“This is Dave,” an unfamiliar male voice replied. “You know, David Livingston?”

I was still muffled in a warm, sleep-induced cocoon, and this joker had me stumped. I could have sworn I didn’t know anyone in the whole wide world by the name of David Livingston. The telephone must have passed along my blank silence, because a moment later good ol’ Dave gave me a helpful hint.

“You may not remember, but we met once, a while ago, down in Wickenburg, Arizona. I don’t think we were ever properly introduced.”

Jump-started now, the old brain finally fired and caught hold. Of course!
That
Dave Livingston. My ex-wife’s second husband. No wonder I didn’t recognize him!

I sat up a little straighter in bed. Of all people, what did Dave Livingston think he was doing calling me up? So early on an otherwise peaceful Saturday morning that I had not yet tasted a single sip of coffee, here was Dave, already up and about and letting his fingers do the walking.

In a universe full of complicated matrimonial merry-go-rounds, second husbands don’t often reach out and touch first husbands. By telephone, that is. It isn’t done. Not unless it’s a dire emergency—a matter of life or death or missing child support. We’re all reasonable adults, but there is a limit.