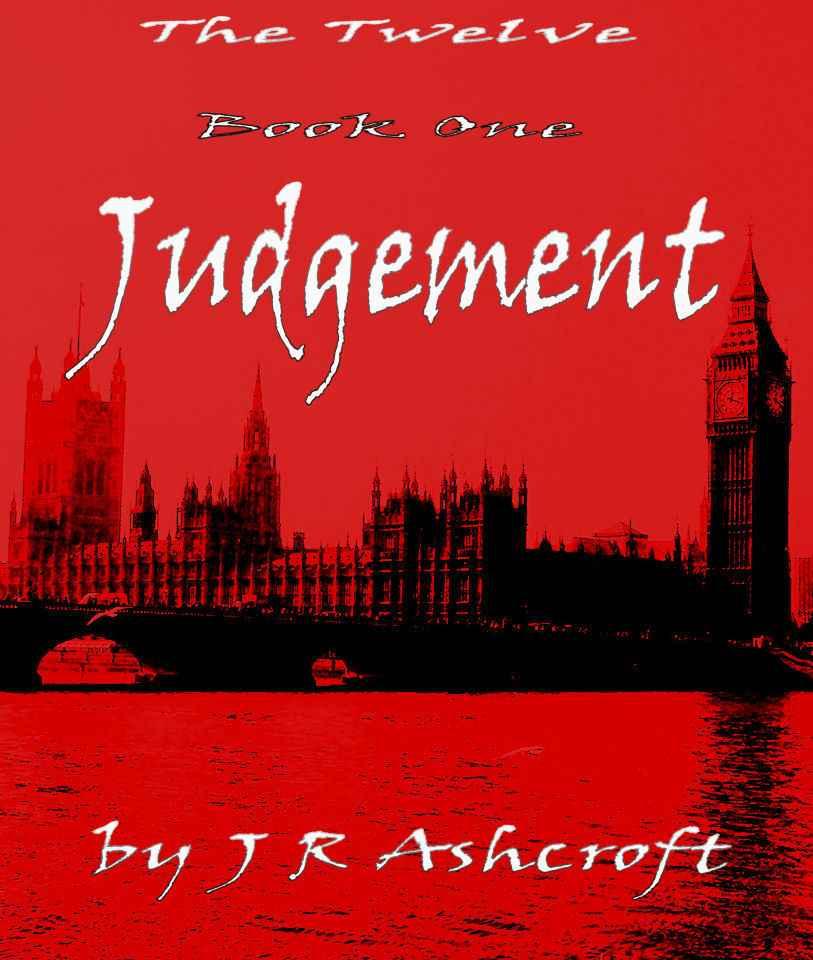 I’d like to dedicate this book to my
loving
wife Julie, who has put up with being on her own
,
whilst I type
d
away furiously
in the study and who always believed in me.

To my son Tom
, keep up the hard work at university. O
ne day
soon you will achieve your hearts desire.

Finally to both my parents for bringing me into this world and raising me (A feat
,
that
was no easy matter), m
ay they rest in Peace

For this story to mean anything, you have to understand one basic fundamental
fact
. Heaven and Hell really exist.
W
hat they are in terms of our mortal understanding
,
is another thing altogether.  Therefore I cannot describe or dwell upon God or the Devil. I deal instead with th
ere representatives here on Earth
.

So it came to pass, that
over centuries
when a few
chosen
humans died. The Creator picked them to be reborn as The Protectorate of the human Race. These special few became known as The Twelve, an odd assortment of humans, reborn with God given powers to help them defend the living against
those
spawned by the Devil.

But it also
came to pass that
The Dark, a few
truly
evil human
being
s
were also
allowed back from death to do Hells bidding. They are the enemy of the Twelve. The Twelve are the enemies of The Dark

The Dark created an army of
Shade
s,
grey slime covered humanoid shap
es
containing a trapped human soul within. It is this soul that
powers
the Shade
which in turn is d
riven to do evil
and
feed upon the living. Thank God you never get to see one, for if you do it would mean
almost
certain death.

So it is written that for every positive, there must be a negative
, f
or every action a re-action
,
Ying and Yang.
It is an undeniable fact that
Life
must be balanced in all things
, including death,
for the world to exist.

Except……
T
he Twelve w
ere
only
now ten and the
ranks of The Dark
,
eleven
.
I
t was
foretold
that
one called
‘
Judgement
’
and
his opposing number
who
shall be named
The Chosen On
e, wil
l one day appear and when that time arrives. God shall win or loose Earth and its peoples forever.

Eight thousand years pass and still
Judgement
fails to appear. Until one rain drenched
,
freezing cold night
,
in some pitiful
London
bac
k street,
filled with a cardboard city of down and outs. Something happens…….

The cardboard flaps that acted as
doors w
ere held shut by an old wire coat hanger bent in half with hooked ends and thrust through a small hole in each of the main
vertical
flaps. It did the trick, but Chris was worried the rising gale force winds might just rip them open. For the umpteenth time he reached up to the ceiling, feeling for dampness, daring the pouring rain to find its way in past the bin bags.
His home was propped up against one brick wall of a
three foot deep recessed
fire exit behind a building that was never used, well except for drunks
who
us
ed it
as a toilet but you can’t have everything. It did make for an excellent wind break.

He shivered, even though he had newspapers stuffed inside his thick well worn woolly jumper over his dirty blue chequered shirt worn underneath his short
anorak.
He hugged his knees tight to his body
, his ripped jeans offered little warmth but the blankets helped.
He wore socks over his thin soled trainers but his feet were freezing cold.

Chris reached for an old well used plastic one litre bottle and drank tap water supplied by the Sally Army shelter. He’d nicked an apple that morning, well not really nicked it. The apple had been blown off the street barrows packed display and had rolled ten feet to stop by his feet. He waited for someone to re-claim it and when no one seemed to have noticed, he snatched it up for supper. He li
cked
his lips in anticipation. He’d have it in a minute and eat it slowly.

Chris was sixteen years old. He’d run away from his adopted parents six months ago and had travelled the short distance to London. He had no intention of ever returning or even letting them know he was alright. This cardboard box was heaven compared to the abuse his drunken step father administered on a regular basis. How, he wondered for the fiftieth time had his condition been overlooked by the adoption agency. His step mother was covered in bruises, cleverly hidden from sight
with thick make up
and it didn’t take long for Chris to start collecting ones of his own.

One night his step father had staggered into his bedroom and
abused
Chris
once to many
. For Chris that was
the end
. Later that night, he’d taken some clothes, food from the fridge and ten pounds from h
is step fathers wallet and left, never to return.

Chris led a loner’s life style, safer that way, but he didn’t mind. The narrow road he’d made home, was in Soho. He reasoned that there must be over a hundred
other
cardboard homes on either side of him but he only knew three of the inhabitants. One of whom was Wally the trolley
(he
kept his worldly possessions in an old shopping trolley). Wally had the box directly opposite him. Chris was worried about Wally. He wasn’t a young man any more and his coughing had got worse over the last few days. Suddenly
Chris realised he couldn’t hear Wally coughing, even through the hammering of the rain upon his cardboard roof. Wally coughed even when he was asleep, it was never ending but now it had stopped.

Chris sighed and muttered to himself, he was going to get bloody soaked! Finally after a few seconds of swearing, Chris pulled the wire free from the cardboard flaps and thrust himself out into the rain. Almost immediately his vision blurred as the rain drove into his short
cropped white hair and ran down his face.  He hadn’t been born an albino, just with white hair and pale blue eyes. He supposed that was why he’d been abandoned at birth. His parents must have thought he was an albino, a freak and cast him aside.

Wally didn’t reply but Chris saw that the trolley was still there, so Wally must be at home. He never went anywhere without it.

“Wally man, answer for Christ’s sake! Don’t make me come over there,
its
drenching wet out here.”

St
ill no answer, cursing Chris stood upright, pulling his anorak tightly across his chest. The zipped front had long since stopped working. He stepped towards the other side of the road and stopped in his tracks. Something was wrong with his eyes. He shook the rain from his face and peered intently into the darkness and pouring rain. A figure was appearing and disappearing from view stooped over Wally’s home
, like a vulture standing over a corpse
. Chris could
n’t
make out what the person was wearing, everything seemed blurred and indistinct.

Chris
shouted across the narrow road,
“Hey you
,
man. What you doing to Wally?”

The figure s
lowly stood upright and turned his
head to one side, staring back
over his right shoulder at Chris
. A shiver ran down his back, this guy was seriously messed up. It looked like his face had been melted by acid or something. He was completely bald and
hang on
one
bloody
minute
,
completely naked!

‘Bloody perverts that’s all we need down here!’
He thought.

The figure moved then and it frightened Chris for the first time. One second it was standing next to Wally’s home, the next it was half way across the road. Coming in his direction with hands held out towards him.

Viking's Desire: Sexy-Romance Novel: A Viking Love Story by Sharp, Catherine
All Night Awake by Sarah A. Hoyt
Fugitive Fiancée by Kristin Gabriel
A Scream in Soho by John G. Brandon
Except the Dying by Maureen Jennings
Shift: A Novel by Tim Kring and Dale Peck
The Guardian by Katie Klein
Goosebumps Most Wanted #5: Dr. Maniac Will See You Now by Stine, R.L.
Emer's Quest (Manannan Trilogy) by Michele McGrath
Boots and the Bachelor by Myla Jackson