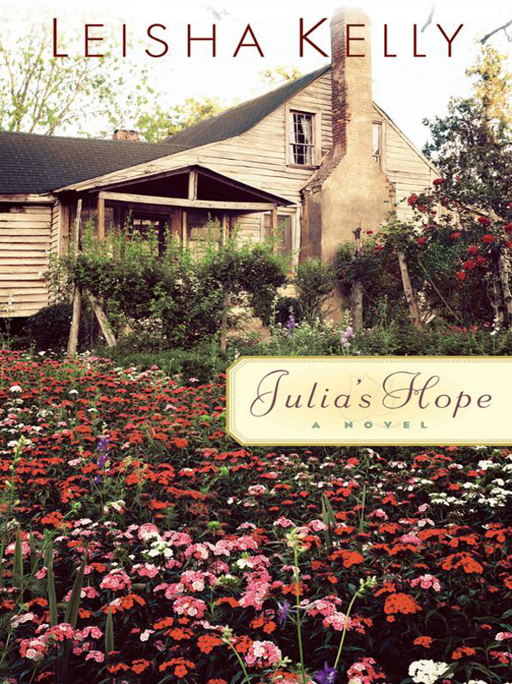 Samuel and Julia Wortham and their children left Harrisburg, Pennsylvania, with eight dollars and three cloth bags stuffed with their personal effects.

After the great market crash in 1929, all they had left was in those three bags. Everything else was gone. A good job lost, a house repossessed, and savings washed away as if in a moment. Hope lay miles away in a town called Mt. Vernon, Illinois, where Dewey Wortham, Samuel’s cousin, was still earning a decent wage at a wheel plant. His letters said,
Come. I’ll get you a job. Stay with Dewey till you get
back on your feet.

So the Worthams hitched their first ride at the pump station just four blocks from where they used to live. They sat facing backward in the bed of a ’27 Ford, with Julia praying, Robert and little Sarah anxiously wondering about the adventures ahead, and Sam watching his dreams shrink away in the cloud of dust that swirled behind them.

The first ride was easy, and my heart pounded with anticipation.
Maybe this will work. We’ll start over, maybe even find
things better than before.
The children and I rode and sang and watched the miles pass all the way to Uniontown, Pennsylvania, where we were let out in front of a five-and-dime.

“What are we gonna ride in next, Mama?” five-year-old Sarah asked. “A real fancy car this time?”

I watched Sam staring down the street, looking thinner than I ever remembered him. He had our biggest bag over his shoulder, and he started walking backward, thumb in the air. My enthusiasm waned.
Lord, help us. This could be
a hard trip.

The road got much too quiet to suit us; only a few people were out driving. Some passed by us with a sorry wave, some without the slightest glance in our direction. Getting just seven miles to McClellandtown seemed to take forever, and we had to walk much of the way. It was enough to turn ten-year-old Robert sour on the whole idea.

We spent the night stretched on the floor of a church dining hall, and I thanked God for the deacon who let us in. We were all exhausted. I had worried about what we would do when night came, but the Lord was good to us and provided well that first night.

I lay awake awhile, listening to the quiet, trying to have faith in Sam and Dewey’s plan. They were excited about living and working close together. But it was hard for me to trust. Maybe if I’d had a close cousin or a sibling, I’d have understood.

Sarah leaned against me in sleep, her soft brown locks trailing across my arm. She was a delicate thing, fine boned and fair, and people said she looked like me. Especially the bright green eyes. I wondered what she was thinking about this strange new move clear across the countryside into the unknown. She said so little, and it troubled me that she might be scared.

I knew what it was like to be scared when so young. My mother had died just three days past my fifth birthday. Father was rarely home, and when Mother died, I tearfully imagined long hours in our empty house, just me, alone. But those were unfounded fears. My days were soon filled with grand adventures with Grandma Pearl. And I could certainly hope there would be something grand for Sarah in this.

I snuggled beside her, willing myself to get some rest. There was no telling what tomorrow would hold. Robert lay on the other side of his sister, asleep, all curled in a ball the way he’d done since he was a baby. And Sam was just beyond him, on his back and, thankfully, not snoring.

I thought I was the only one awake, but then Sam rolled toward me slowly, his eyes open in the darkness. I don’t know why, but I couldn’t talk to him. I shut my eyes, and he didn’t say a word. The last thing I remembered that night was the sound of his breathing.

In the morning we ate apples and the stale sandwiches that were left in my bag. The day was bright and clear and beautiful, and the birds’ singing gave me a renewed hope. God had fed them; he would certainly provide for us too, somehow.

It took us quite awhile to get our first ride that morning, and Robert grumbled about all the walking we did.

“How else would you see all of this?” I asked him. “Some people live their whole lives never going twenty miles from where they were born.”

“I’m going to go lots of places,” he said. “But I’m not going to walk. First I’m going to get a bicycle, then a car. And then the biggest truck you ever saw.”

“I want a real airplane,” Sarah added. “I want to fly like a bird.”

“How about a Model T?” Sam asked, and I turned my head. An old man with a generous mustache was slowing down behind us. He was kind and proved pleasant to talk to, but he took us only to Martin, where he said his sister lived. Buckeye trees seemed to thrive on every block there, and tulips were plentiful in the square. It was a nice enough town, but we walked almost an hour before getting a ride again.

Then we were let out on the east side of Fairmont, West Virginia, where the hills looked so pretty and the mountain laurel smelled so sweet that I was in no hurry to move on.

And that was for the best, since we ended up being there for awhile. We walked into town and bought the mulligan stew we saw advertised in a café window. It was cheap and good. Then when we started walking again, it began to rain, and we ran for the covered bandstand in the park. We couldn’t have everything we owned dripping wet.

So we sat for a long time, waiting out the storm. I made Robert list nouns while Sarah danced with her rag doll. Sam became restless; when the sky finally cleared some, he was all set to go again. The sun came out as we walked, but it was lower and continued to dip until we were left along the roadside west of the town, watching the purple sunset. What would we do for the night?

I was worried, but I sat down and praised the glowing colors that God had painted across the sky, insisting that my children get a look at good things. But I knew Sam was worrying too. This was only the second of any number of nights that stretched out before us, all uncertain.

Eventually, a weary deputy found us alongside the highway and asked what we were doing walking after dark with the young ones still up.

Sam did his best at explaining, but the man just shook his head and looked at us as though we were the sorriest people he’d seen all day. But he did offer to let us stay overnight in the local jail back in Fairmont, saying the sheriff had done this before for stranded travelers. Robert and Sarah weren’t too sure about the idea and I wasn’t either, but I told them it would be quite an adventure just to see what a jail was like.

Being in the jail gave me an eerie feeling, even with the doors wide open. It was dark and cold and smelled like nothing I’d ever encountered before in my life. But the deputies were kind enough to move cots side by side for us, and I was glad to lie down. Sarah would only sleep with her head on my shoulder, and Robert lay on his back beside me, talking nonstop for hours as though silence might bring some sort of specter to this place that he didn’t want to see.

Only Samuel seemed far away, though I could have touched him a thousand times if I’d tried. He scarcely said a word. I’m sure he must have thought I was still angry at him, since we would’ve at least had my inheritance to live upon if he hadn’t invested it in Cooper stock without my knowledge. But it was done, and neither of us could change that.

The night was long, but we were blessed with a passable breakfast at the Fairmont jail, and I was sure the Lord would provide us with a quick trip the rest of the way across West Virginia and into Kentucky. But when night fell, we hadn’t even reached Charleston. By then, all my misgivings about this move had returned. We had so little money left. What if something happened?

I tried not to think about this as we stood in front of a church in Big Chimney, hoping someone would let us in for the night. I played a guessing game with the kids, just to keep them occupied. Finally, a neighbor took pity on us and offered supper and the use of her porch.

It would have been a lovely night, were it not for the worrying. The air was warm, and the sugar maples in the yard swayed in a delicate breeze. So many stars were out that we lay there a long time, the children pointing while I tried my best to remember all the names I could.

The next day we got a ride into Morehead, Kentucky, and I was finally glad for the chance to see more of God’s beautiful land. Everything was so green, everywhere we looked, except for the bluebells and field daisies dotting the roadside with color. I picked a yellow violet for each of the kids and then gave one to Sam, hoping he’d smile. He stuck the flower in his buttonhole but didn’t say a word.

The good people who gave us our ride into Morehead made sure that we had lunch for Robert and Sarah. We sat in that town for an hour, drawing wary glances or being carefully ignored, before walking on. I sang every song I knew in Kentucky, several times, it seemed. Nobody took us more than ten miles at a stretch the rest of the day. Never had I talked so much about David and Goliath, Daniel and his lions, or the incomparable Doctor Doolittle. Sarah loved it all, from the stories, to the scenery, to the ride on her father’s shoulders.

I almost concluded that I needn’t worry for her over this trip. But when Sam put her down, she came straight to me and tugged at my hand. Her bright eyes were deep and suddenly uncertain.

“Mommy, today will we be home for bedtime?”

Usually I knew what to say. But this time? Home by bedtime? Oh, Lord, if we only
had
a home!

“Honey, we’ll have us a good time camping somewhere tonight, and before long we’ll be in Illinois.”

“Are we gonna live there forever?”

I squatted to her level and gave her a hug. “The Lord’ll provide us a home. We’ll just believe that.”

She chewed her bottom lip some, which she had a habit of doing, then looked over at her father. He was pulling our map out of his bag.

“I want our old house back,” she said, the first she’d mentioned it in days.

And I couldn’t help but sigh. “I do too, sometimes. But we’ll have something we like just as much, maybe even better. Because God said all things work together for good for those that love him. And we love him. Right?”