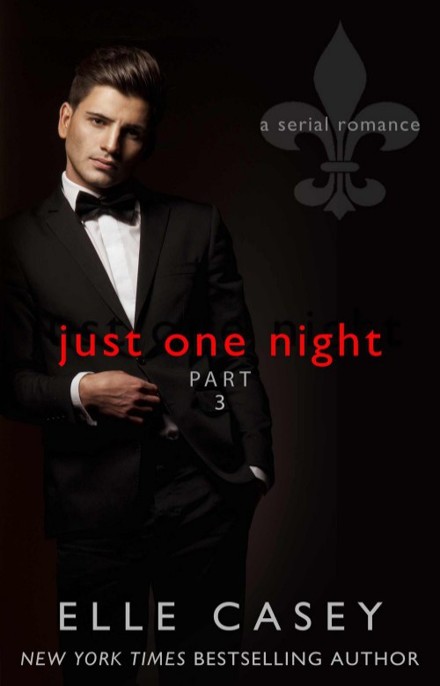 Other Books by Elle Casey

Other Books by Elle Casey

© 2014 Elle Casey, all rights reserved, worldwide. No part of this ebook may be reproduced, uploaded to the Internet, or copied without author permission.

Want to get an email when my next book is released?
Sign up here:
http://eepurl.com/h3aYM
OTHER BOOKS BY ELLE CASEY
NEW ADULT ROMANCE
Shine Not Burn

To the confident, sexy girl inside all of us.

A note about serial romances…

This book is what’s called a
serial romance
. Most readers are familiar with full-length novels, novellas, and short stories, but many are not so familiar with serialized fiction. With the advent of self-publishing has come many different innovations, but believe it or not, a serial novel is
not
one of them. Serials have been around since the seventeenth century! They became especially popular in Britain’s Victorian Era (nineteenth century), “due to a combination of the rise of literacy, technological advances in printing, and improved economics of distribution.”*
The Pickwick Papers
by Charles Dickens may be a serial you’re familiar with.
The Count of Monte Cristo
and
The Three Musketeers
were also serials, as were
Uncle Tom’s Cabin
,
Madame Bovary
,
Anna Karenina
, and
The Bonfire of the Vanities,
among many others. Use of this format started to die down when periodicals fell out of favor and were then replaced by the Internet, but thanks to indie authors, it’s coming back! As a reader, I’ve found it a fun way to follow a story that’s always evolving while the anticipation builds between episodes or parts, and in the case of my serials it will be a story that evolves according to reader feedback. Please join the conversation about this book on my website at:
http://www.ellecasey.com/just-one-night
.

You can read more about serialized fiction
on Wikipedia
.

I HAVE CUCUMBERS ON MY eyes and something pastey-gooey on my face. An epic failure of an evening at least scored me something: lunch and a spa day courtesy of Mia and her boss. Thank you, guilt. I should probably use you to my advantage more often.

“Do you feel better yet?” Mia asks. “I know you were stressed, so don’t try and say you weren’t.” She’s referring to our quick getaway from the club last night and my ensuing silence.

“I wasn’t stressed, you were.”

“No, I was just pissed. I still don’t understand why William got in that fight. He ruined the night for everyone.”

“I told you, I have no idea.” Play stupid. That’s it, Jennifer. You can do this.

“How can a guy you’re hanging out with suddenly start beating a guy’s ass and you have no idea how it started? That makes zero sense, even when you’re British.”

She’s not going to let this go until I talk, and to be honest, I know I’ll probably feel better if I do talk about it, but I’m worried that Mia will go ballistic on me. I know she means it with love, but still … this is the one and only spa day I’ll probably get this year. Any more perks from her boss and she’s going to be obliged to blow him, and I can’t be responsible for that.

She hits me with her hand against my arm, so I lift up a cucumber and peer around the room. No one is in here but us lying side-by-side on two massage tables. The room has some sort of eucalyptus essential oil scent blowing around, and white and purple orchids are crowded in the corners along with some fern-type plants. Music of birds chirping and waterfalls runs in the background. I can almost believe a baboon is about to jump out from under my table. The ridiculousness of it hits me; I’m naked in the jungle with vegetables on my eyes while Mia gives me the third degree. How is this supposed to be relaxing again?

“That’s a lie.” I give up on relaxing and just settle for the idea of this being better than drowning my sorrows in orange juice in my tiny apartment while I Google William Stratford and fantasize about running away to Greece.

“Okay, I promise to not be negative.”

“That’s a lie too.” I put my cucumber back over my eye and lie down, forcing the stress to leave my body. I can do this. It’s totally mind over matter.

“You are about William.” Why do I feel protective of him and our non-relationship? Ridiculous. I need therapy. I wonder if I can do it online somehow. I have all kinds of things planned for work next week, and I don’t have time to visit a therapist’s couch anytime soon.

She doesn’t answer me right away, and I’m almost ready to sit up and look at her when she finally speaks. “I’m sorry about that. Was I mean?”

“No.” I sigh. I don’t want her to feel bad about being honest. Best friends should be allowed to tell the truth, the whole truth, and nothing but the truth. “You weren’t mean. Just telling me like it is.”

“When? Because I might have had a little too much wine, but I don’t remember saying anything about him after we left the club. You wouldn’t even talk to me.”

“You didn’t say anything then. Before we went out you said a few things, but they were right on target. The truth. I needed to hear it.” It almost makes it bearable to think about never seeing William again, when I remember her telling me he’s not the relationship type, or whatever it was she said. He answered my ad. He’s a one-night-stand kind of guy. We’re totally not long-term compatible. Why does that hurt so much to admit?

“Okay, so tell me about the fight. Let’s analyze.”

I squirm a little on my table. So much for relaxing or anything close to it. Memories of his hands on me wash over my entire body. I’m suddenly hot in this stupid, jungly eucalyptus room. “I kind of did something naughty and then he kind of did something naughty and then we just tried to get a drink after and everything fell apart. To be honest, it’s kind of confusing.” I’m holding onto the side of the table with a death grip. I cannot believe I actually had sex in public like that. I’m going to blame it on the wine. Not that I even had a full glass or anything, but maybe Vitamin C enhances the effects or something. Yeah, that’s it…

“Naughty? What does that even mean?” She’s laughing. “You sound British.”

I force my hands to come up and lie gently on my hips. That’s right. I’m completely cool over here. “Not to go into detail, but we did it in the hallway of the club. No big deal.”
Lie
.

My arm is seized in an iron grip and my cucumbers slide down to my temples and then flop into my hair, leaning against my ears. Mia is sitting straight up, her towel slipping down to reveal her boobs.

“What?” I ask innocently.

“You did it in the hallway of the club? Like, right out there in the open in
public
?”

“Let go of my arm, freak.” I reach up casually to dislodge her and re-set my vegetables. “Yes. We did it in public.”

I’m smiling too. I totally do not care that she’s calling me that. “I know.”

“Nope. Not at all. It was amazing.” And yes, I do sigh like a schoolgirl after I say that. Pitiful.

“So how does that end up with him beating the bartender’s ass and us leaving, again?”

I pull the cucumbers off and stare at the ceiling. “I’m not sure.” Twisting my head to the side, I look at Mia. She’s gathered her towel up to cover herself but she’s still perched on the edge of her table facing me. She’s way more into this conversation than I want her to be.

“Details.” She snaps her finger. “Now. And hurry up because they’re coming in for massages next, and I don’t want you saying anything in front of these girls. They’re total gossips.”

I snort. Mia suffers under the delusion that she’s not.

“Okay, fine.” I capitulate when she decides to pinch me with her wicked toes. I hate when she does that. “After we …
a-hem
… did it in the hallway, we went over to the bar to get a drink.”

“That’s kind of where it gets interesting,” I say, my face starting to burn for some reason. I stare at the ceiling again. I can’t look into her eyes.

“Oooo, good. Tell me.” I can see her rubbing her hands together out of the corner of my eye, and it makes her look totally diabolical.

“I was standing there wondering what to drink, and the bartender guy asks me if I want a sloe comfortable screw up against the wall.”

I look at her. “Yeah, it’s a drink. It’s also exactly what I just did, not thirty seconds before I walked up to the bar.”

Mia’s expression goes from excited to worried. “You think he saw you?”

“I think someone did. He was talking to someone using an ear thingy.”

“An ear thingy?” Mia’s face scrunches up in confusion.

“You know … like the FBI or the CIA or whatever. He was listening to someone talking in his ear.”

“Okaaaaay … then what happened?”

“Well, William just kind of freaked out. He grabbed the guy and yanked him across the bar, pulled the ear plug out of the guy’s ear, and then threw him on the ground.”

“Exactly. And then the bouncer shows up and William was demanding to see the manager…”

“And that’s when we came over. Edward and me.”

Her voice drops. “And then Edward told me to get lost.”

“Yes. End of story.” I wish I could internalize that feeling and get over William already, but my heart just will not accept that this is the end. It’s like we got short-changed again, some of our last few hours stolen from us.

“But what happened after?” Mia asks. “I mean, after we left?”

“I have no idea.” I take my cucumbers and slap them back over my eyes. They’re falling apart; I can actually open my lids and see right through the hole in the middle of them, but I pretend like they’re fine.

“Shush, can’t you see I’m trying to relax over here?”

“So what are you going to do?” she asks.

“You know I’m not talking about that.”

I open my right eye and look at her through my veggie glasses. “What else can I do? End of story, remember?” My heart squeezes painfully in my chest, but I close my eye and focus on ignoring it. Stupid traitor heart. Why can’t it see that its suffering is all in vain and a complete waste of time?

I PULL UP INTO THE circular drive that marks the entrance to my father’s home. It’s quite a bit more ostentatious than the one I was raised in, but my father wouldn’t have it any other way. He’s on a one-man mission to remove all traces of his working-class upbringing.