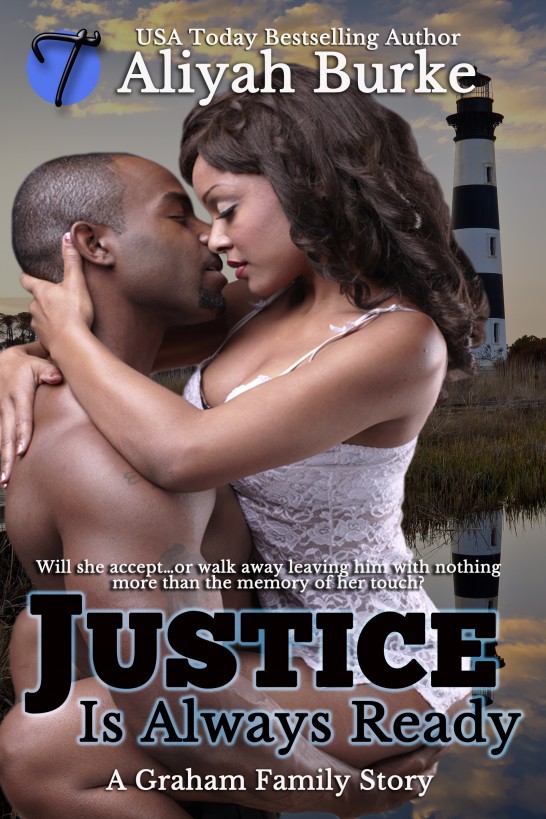 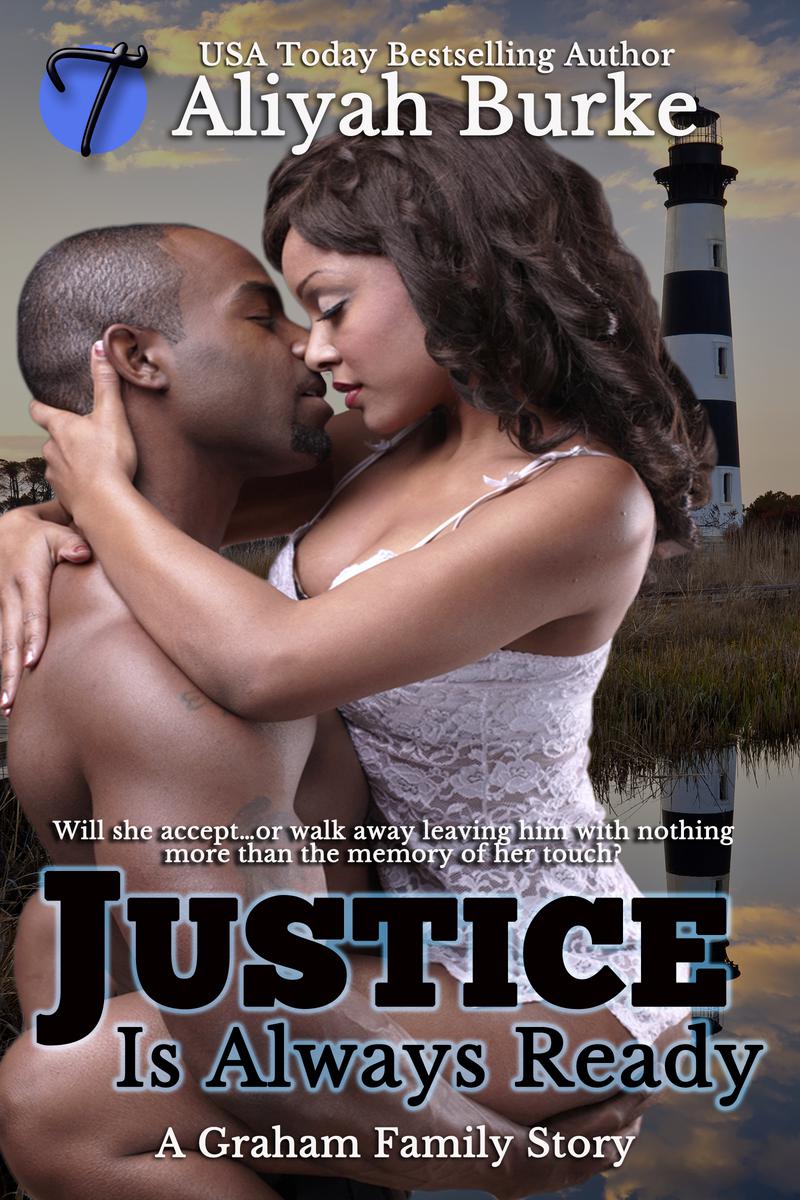 Will she accept…or walk away
leaving him with nothing more than the memory of her
touch?

Jamal “Justice” Graham is an
officer in the US Coast Guard. He thought his life was perfect
until one rainy day when he meets Kassidy Barrow. Unable to get her
out of his mind, he pursues her with single-minded
focus.

Kassidy flies under the
radar, trying to please her parents and taking pride in her work at
the library. When Justice comes into her life, he kindles a fire
within her she never knew was there.

His work, her
family, and life get in the way and
Kassidy
tries to push
Justice
away.
He’s a man who lives the USCG motto and Justice
is
Always Ready. She is the world to
him and he doesn’t have any plans on letting her
go. 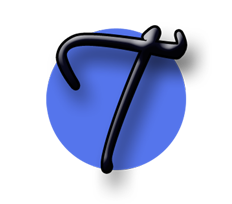 ALL RIGHTS
RESERVED:
This literary work may not be
reproduced or transmitted in any form or by any means, including
electronic or photographic reproduction, in whole or in part,
without express written permission.

All characters and events in this book
are fictitious. Any resemblance to actual persons living or dead is
strictly coincidental.

To everyone who's been such a
supporter of this series. Thank you. To DH, thanks for never
letting me forget how you've always got my back. To my publisher,
thank you for taking a chance on my books. As always, to the men
and women who serve their country— Thank you and God
Bless!

As the forty-seven foot MLB, Motor
Lifeboat, skipped across the waves, the salt air and sea spray
washed over him. Standing on the exposed bridge, a smile came to
his face. Nodding at a crewmember, he glanced to the left. The
morning sun glinted off something on the horizon.

“
Bring her left, Teak!” he
shouted to the woman at the wheel inside the pilothouse. He could
have done it, but she was driving for the moment.

“
Sure thing, Justice,” she
shouted back.

He instinctively adjusted his stance
as the boat changed direction and increased in speed. Coastal
patrols were a part of the job. This was his crew and they made him
damn proud. Jamal “Justice” Isaiah Graham served as a Lieutenant in
the United States Coast Guard, USCG.

He came from a long line of men who’d
served their country, no matter what the sacrifice. In fact his own
father had secured a place for his name on The Wall in DC, having
been killed in action in Vietnam. He grew up listening to his
grandfather, a World War II vet, telling stories of his experiences
and ones passed down to him as well. Even his twin sister, Jasira,
served in the Navy.

As they neared a moored craft, all
thoughts of family faded. He listened to Teak’s voice over the
loudspeaker, asking for whoever was onboard to identify themselves.
When no response reached them, Justice signaled for a boarding
party to follow him. Teak radioed in their location and what they’d
discovered.

They didn’t always have the luxury of
having one of the larger ships present when stumbling across a
problem, so while today was a training drill, all of his crew was
acting as if it were the real thing, an actual potential threat to
the country they protected.

Once the drill was over,
he and his crew were once again skimming the water, all of them
proud, knowing they’d done an exceptional job. Leaning against the
rail, he tipped his face up.
I can’t
imagine my life without being out on the water.

Opening his eyes, Justice looked to
his left. His second-in-command stood there, Lieutenant Terra
“Teak” Acre. He smiled and stood straight. A glance behind him
identified Cruz at the helm.

She flashed him a smile, her white
teeth brilliant against her darker skin. “Can you drop me off at
the museum today after work? I had to take my car in and the guy
said he’d leave it there for me.”

“
Sure, not a problem.”
Pushing away from the rail, he navigated his way alongside her into
the pilothouse. He took over and steered them safely back into
port.

The sky was dark and thunder rumbled
through the area as he pulled up to the museum. As the first few
big drops fell from the sky, Teak jumped out and waved her thanks
before she dashed up the stairs. Justice waved to her and began to
drive on. In his peripheral vision he noticed a woman carrying a
load too big and awkward for her. He was tired and wanted to get to
his apartment, but his manners and upbringing wouldn’t let him
ignore her. Tossing the gearshift into park, Justice turned on the
hazards and climbed out. The moment he shut the door behind him,
the woman dropped what she carried.

“
Oh…oh…fudge!” she
complained before dropping to a crouch and frantically gathering
everything in the rain.

Fudge? Didn’t know people
said fudge anymore.
Justice picked up some
papers by the parking block he stood on. Striding over to her, he
knelt down. “Here you go.”

“
Thank you,” she said
looking up at him from beneath the brim of her Pepto-Bismol pink
rain hat.

His heart skipped a few
beats when he stared into her eyes. A blend of gray with a hint of
green swirled within the depths.
Wow!
“Let me get that for you,” he
managed to mutter.

Justice took the stacks of haphazardly
gathered, and now damp, papers before getting to his feet.
Carefully holding them, he reached out a hand to help her up. Her
hand, although slightly wet, felt warm and soft against his skin
and his heart pounded faster. The rain fell harder and the thunder
rolled. As one they headed toward the door of the
museum.

“
Thank you so much,” she
said, gesturing for him to put the pile down on the information
counter. “I should have taken more than one trip, but with the rain
I didn’t want to, so then I had too much and… and I’m rambling like
an idiot.”

Justice watched a delighted flush
tinge her nut-brown skin. “Glad I could help.”

She stuck her hand out, a wide and
innocent smile on her face. “Kassidy Barrow. It’s a
pleasure.”

He immediately reached for her hand.
“Indeed it is. Justice Graham.” The urge to draw her in close
nearly floored him. Kassidy wrinkled her nose and dropped his hand
seconds before she sneezed.

“
Thank you.” She sneezed
again. “Excuse me.” With a wave over her shoulder she moved off
down the hall.

Justice faced the woman going through
the wet pile they’d left on the information counter; there was a
huge smile on her face. “Does she work here?” he asked.

The woman with “Lucy” on her nametag
shook her head. “No, sir. But she’s here a lot. Her mom’s the
curator.”

“
Thank you.” He crossed
his arms and looked off in the direction she’d vanished. There had
been
something
about her, he couldn’t put a name to it yet but it was
there.

“
Have a great day,” Lucy
said, putting her attention back on the mess before her.

Spinning around, Justice
headed out into the downpour.
Kassidy
Barrow
. Her face was still with him as he
slid his soaked body behind the wheel of his car, turned off the
hazards, and drove away.

“
Until we meet again,
Kassidy.”

Kassidy didn’t stop sneezing until she
reached her mother’s office. Once the door shut behind her she sank
into the nearest chair and caught her breath. Dropping the hat on
the floor, she shook her head in disgust.

“
Again with the sneezing.
Figures it happens when a handsome man is around. Not that I should
be surprised, that’s how my luck goes.” Getting up from the seat,
she moved to her mom’s desk and searched for a pen and paper to
leave her a note. Chewing on her lower lip, Kassidy chuckled. “He
was all kinds of fine though.”

She jotted the message and grabbed her
hat and keys. Walking down the corridor, Kassidy smiled at staff
members she passed. At the front, she noticed it still rained
heavily, so Kassidy paused at the information desk.

“
Hey, Lucy,” she said,
sitting on an empty chair and reaching for a stack of messy
pamphlets.

Kassidy looked at her friend. Lucy had
a bubbly personality, a beautiful smile, and the biggest brown eyes
Kassidy had ever seen. The woman stood five-foot-nothing and was
nothing but curves. Her short asymmetrical hairstyle highlighted
her stunning brown face.

“
Just promised mom I’d
drop off the pamphlets I still had in my car. But… I think I’ll
wait out this storm.”

“
Good. I haven’t talked to
you in a while. Now tell me more about that tall chocolate piece of
fineness who was here.” She batted her eyes. “He wanted to know if
you worked here.”

“
Really?” Kassidy smiled
at that bit of news.

Anthology.The.Mammoth.Book.of.Angels.And.Demons.2013.Paula.Guran by Anthology
Eternal Blood: The Mark of the Vampire by Wright, Laura
Forever in my Heart: Book 3 in My Heart Series by Aleya Michelle
Loving Rowan by Ariadne Wayne
Ocean's Justice by Demelza Carlton
Love In The Time Of Apps by Jay Begler
Back Home Again by Melody Carlson
The Gambler by Denise Grover Swank
The Story of Miss Moppet by Beatrix Potter
Lust and Lies (The Jamie Reynolds Chronicles #1) by Casandra Charles