Katja from the Punk Band 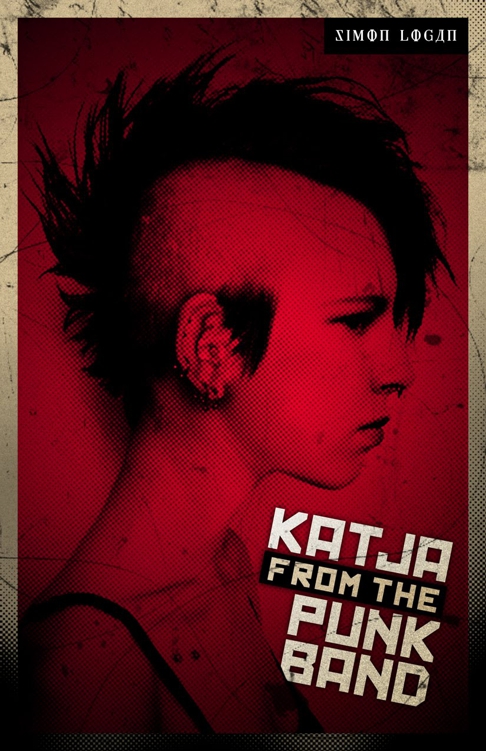 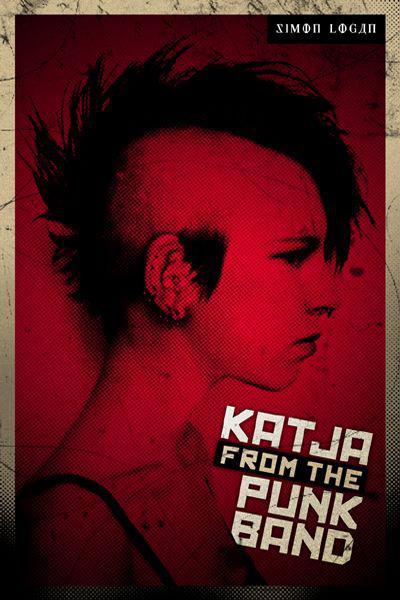 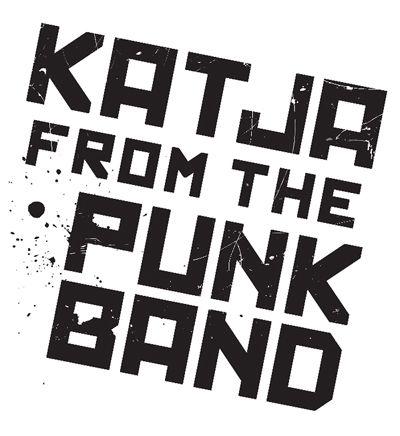 ChiZine Publications
Katja From The Punk Band
FIRST EDITION
Katja From the Punk Band
© 2010 by Simon Logan
Jacket design © 2010 by Erik Mohr
All Rights Reserved.
CIP data available upon request.
This book is a work of fiction. Names, characters, places, and incidents are either a product of the author’s imagination or are used fictitiously. Any resemblances to actual events, locales, or persons, living or dead, is entirely coincidental.
CHIZINE PUBLICATIONS
Toronto, Canada
www.chizinepub.com
[email protected]
Edited by Brett Alexander Savory
Copyedited and proofread by Sandra Kasturi
Converted to mobipocket and epub by Christine http://finding-free-ebooks.blogspot.com
Table of Contents
PART ONE
KATJA FROM THE PUNK BAND
CHAPTER ONE

Her liberty spikes are limp from the rain that battered her as she ran to the diner, her bruise-like makeup streaking her cheeks and angular jaw line. Water is collecting on the translucent plastic tube that sticks out of a hole in the middle of her neck, and dribbles from it as the door swings shut behind her, closing out the smog and the rumble of machinery.

The place is quiet, the usual cases of human debris scattered amongst the booths lingering over bowls of soup or chili. Freya is taking an order from a group of men whose bags litter the floor by their feet. They are roaches, those whose have a permanent stink of peroxide and ammonia, whose job it is to crawl through empty factories and old chimney shafts, scraping out the chemical grime. Freya’s face is screwed up from the odour when she turns and notices Katja.

Katja strides past the other woman, flips open the counter hatch and goes through a door into the kitchen beyond.

There is the stench of old fat and new fat, of fried onions and sweat. She grabs a towel from a collection of them hanging from a bare nail spiked into one of the walls and begins to rub her shoulders and arms dry. She is about to reach into the pocket of her combats when the door swings open and Freya walks in. Katja’s hand freezes where it is, then finds something else to do. She rubs the short, shaved hair at the sides of her head.

She grabs some bowls from the stack on the preparation counter before her and lifts the lid off of a large black pot that steams when she opens it. Katja’s stomach turns at the meaty stench, her hand going to her mouth.

“I’m fine,” she replies, taking an apron from the same nail the towel was hanging from.

Freya slops some of the dark mess from the pot into the bowl. Katja dry-heaves again.

And it is only then that Katja notices the welt that runs across her forearm, wrist to elbow, and the small cut at the centre of it. With the realization comes the pain.

“It’s nothing,” she says distractedly and quickly busies herself putting on her apron so she can turn away from the other waitress. “Things got out of hand at the gig last night.”

“I can stay a little bit longer if you need to — ”

“No,” Katja says and immediately knows she was too harsh. She tongues her lip piercing. “You have to go. Get home. Do you want me to take those?”

Freya shakes her head. “Never mind. I’ll do it myself.” She pushes her way out into the service area and, once she is gone, Katja looks down at the wound on her arm.

She reaches into her pocket and pulls out the vial when she sees Freya putting the bowls of chili down through the service window for the roaches. The vial is about six inches long and mostly translucent save for the frosted watermark that identifies it as coming from Dracyev’s chemical labs. Inside it a thin, gold-tinged liquid moves, contained by a jet black rubber stopper. Katja opens a drawer stuffed with old, rusted utensils and places it carefully inside.

Next she hears the
ding
of the entrance bell and her heart rate spikes. She peers through the service window and watches as a pale man with black hair hanging over his eyes enters. He glances around momentarily at the other customers then sits at the counter. He meets Katja’s eyes through the opening.

“Be with you in a minute,” she tells the man.

She closes the drawer, breathes.

“You getting this one? Because I’m off now,” Freya says through the window.

Katja hesitates at the door to the service area, a sudden rush of adrenaline surging through her as if she expects someone else to be waiting for her on the other side. She peers through the window.

There is a lone girl stooped over a bowl of soup, letting the steam wash over her face as she stares down into it. A runaway, most likely.

There is an older couple that don’t look at each other while they eat their sandwiches.

There is a couple of truckers sitting by empty bowls and coffee cups, playing some sort of card game with one another. One of them looks up and catches Katja’s eye, smiles as he goes back to the cards.

She thinks
what was he smiling at?

She thinks
was he smiling at me?

She thinks
why was he smiling at me? Does he know?

And it’s Freya, scowling at her through the service opening.

“What the fuck is up with you? Are you going to get to work or not?”

Katja tongues her lip piercing, pushes one of her flopping liberty spikes away from the back of her neck. It feels like a dead snake, like the arm of a lecherous uncle. “I’m washing my hands.”

This is what she says to Freya as the other woman comes into the kitchen and drops her apron, pulls on her jacket.

She turns on the tap of one of the sinks and rinses her hands once, twice, then dries them off on the same towel she used on herself earlier. The fabric has become sticky with clots of the egg whites she uses to stiffen her spikes.

“See you tomorrow,” Freya says as she pokes a cigarette into her mouth and leaves through the heavy steel door at the back entrance. Katja stares at it for several moments after the woman is gone, considering it.

In the end she goes through the other door, the one that leads into the service area, wipes her sticky hands on her apron. “What can I get you?” she asks the young man with the floppy hair.

He brushes aside a clump of it and she can tell straight away he’s a junkie, and a junkie who hasn’t had his fix recently. His eyes seem to sparkle, to vibrate, and one of them is delicately swollen.

Katja pours him a cup from the grumbling machine behind her, takes her time as she turns back to survey the customers once more. They all look normal, genuine — but how could she be sure? What if one of them had . . . ?

She pushes the cup in front of the junkie and gives him a sugar bowl.

Trophy for Eagles by Boyne, Walter J.
Valley of Flowers by Chris Collins
Twist of Fate by Witek, Barbara
Bring Your Own Poison by Jimmie Ruth Evans
Sidewinder by J. T. Edson
Crushed (Breaking the Rules Series Book 5) by Webster, K
The Dead Slam: A Tale of Benevolent Assasination by Bright,R.F.
Gravenhunger by Goodwin, Harriet; Allen, Richard;
What Lies Between Us by Nayomi Munaweera
Meddling in Manhattan by Kirsten Osbourne