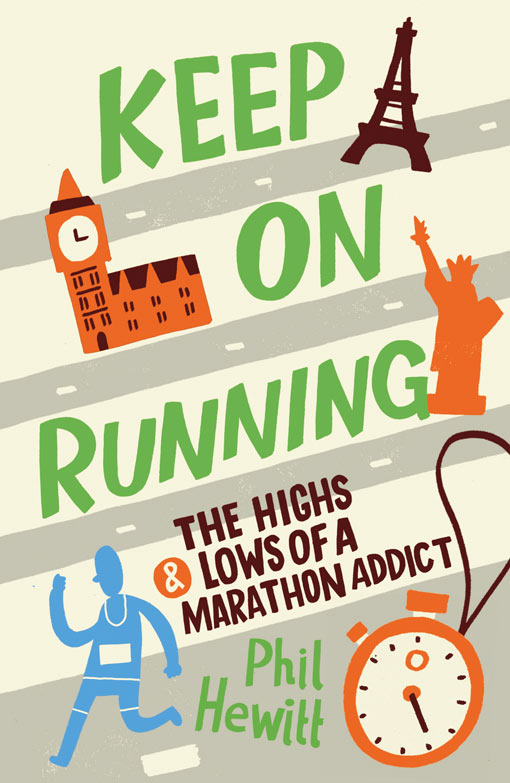 'A charismatic, charming, funny â and, above all, thoughtful â memoir about running, motivation, ambition. Perfect, not just for those who do run â or intend to run â a marathon, but for the hundreds and thousands of us who venture out from time to time to run just a mile or two... A complete delight.'
Kate Mosse, author and broadcaster

'This is a wonderful and frank view of a first-time-marathoner-turned-running-addict. Phil shares the pitfalls and emotions that running a marathon for the first time evoke and how running can grab you and draw you back for more.'
Liz Yelling, double Olympian and Commonwealth bronze medallist

'The pain, perils and utter pleasure of the formidable 26.2 miles by someone who has gone every step of the wayâ¦ 25 times. Warning: you will seriously want to run a marathon after reading this.'
Rosie Millard, journalist, author and broadcaster

'Wry, realistic and endlessly enthusiastic. A lovely reminder both of what seductive fun marathon running can be and why I gave it up.'
Stephen Brenkley, cricket correspondent for THE INDEPENDENT

'An intriguing insight into one man's marathon journeyâ¦ an inspiring read for any marathoner or wannabe
marathoner.'
Andi Jones, international long-distance runner

'Phil Hewitt's highly entertaining Keep on Running reminded me of my own marathon experiences â the inevitable suffering followed by elation at finally crossing the finishing line. It is a must-read for all runners, particularly those contemplating a marathon for the first time.'
Anna Nicholas, author and journalist

KEEP ON RUNNING: THE HIGHS AND LOWS OF A MARATHON ADDICT
Copyright Â© Phil Hewitt, 2012
All rights reserved.
No part of this book may be reproduced by any means, nor transmitted, nor translated into a machine language, without the written permission of the publishers.
The right of Phil Hewitt to be identified as the author of this work has been asserted in accordance with sections 77 and 78 of the Copyright, Designs and Patents Act 1988.
Condition of Sale
This book is sold subject to the condition that it shall not, by way of trade or otherwise, be lent, re-sold, hired out or otherwise circulated in any form of binding or cover other than that in which it is published and without a similar condition including this condition being imposed on the subsequent publisher.
Summersdale Publishers Ltd
46 West Street
Chichester
West Sussex
PO19 1RP
UK
www.summersdale.com
eISBN: 978-0-85765-676-6
Substantial discounts on bulk quantities of Summersdale books are available to corporations, professional associations and other organisations. For details telephone Summersdale Publishers on (+44-1243-771107), fax (+44-1243-786300) or email (
[email protected]
). 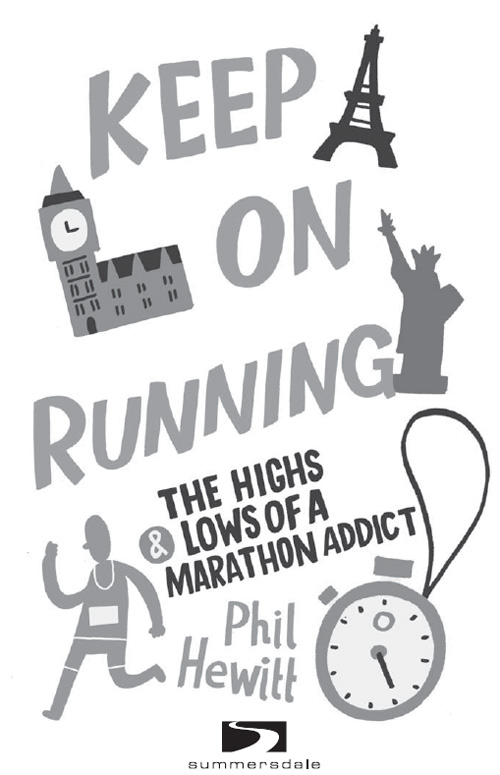 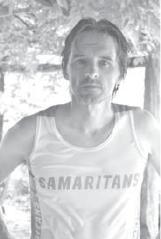 Phil Hewitt was brought up in Gosport, Hampshire, where he attended Bay House School. He later gained a first-class honours degree in modern languages and a doctorate in early twentieth century French theatre from Oxford University. He joined the Chichester Observer in 1990 and became the newspaper's arts editor four years later. He is now also arts editor for all the Observer's sister papers across West Sussex, including the West Sussex Gazette and the West Sussex County Times.
Â Â Phil lives in Bishops Waltham, Hampshire, with his wife Fiona and children Adam and Laura. A keen runner, he has completed marathons in London, New York, Paris, Berlin, Dublin, Rome, Mallorca and Amsterdam, among others. Since completing this book, he has added the Brighton Marathon and the Portsmouth Coastline Marathon to his tally. Phil is also the author of Chichester Then and Now, Chichester Remembered and Gosport Then and Now.
Â Â Phil writes a blog at
www.marathonaddictuk.wordpress.com
and you can follow him on Twitter at
@marathon_addict
.
With love and thanks to:
Fiona, Adam and Laura, for putting up with me
Michael, for being a true running mate
Pamela, for getting me started
The Stones and The Beatles, for keeping me going
Peter Lovesey, for suggesting this book in the first place

Introduction
The Boat and the Boy
The rain was lashing down. The wind was bitingly cold. My head hurt. My eyes stung. I could hardly make out the road ahead. All I could see was my chance of running a good race swirling away from me down the storm-filled gutters. And that's when I saw him. Glancing to my left, just by the 37-km marker, I was suddenly aware of a figure coming up beside me, gliding serenely and hideously mocking me with every step â the man with the boat on his head. Not just any boat, but a model yacht, complete with sails and rigging. Calmly, gracefully, he sailed past me, looking the very picture of control. He didn't look back. He didn't need to. On he raced, oblivious to the fact that he'd crushed me. It was the lowest low point in all my years of marathon running.
Â Â I had been convinced that I was going to run into my own record books that day. A PB, that personal best which constitutes the Holy Grail of runners everywhere, seemed within my grasp, and that was my mistake. I'd grown too confident, and so the heavens opened. The energy drained out of me, and then came the final straw: the man with the boat on his head. You might strive for a PB, but any time you think you're bigger than the marathon you're running, the marathon will always have the last laugh.
Â Â Perversely, though, in the warm light of the Amsterdam changing room afterwards, I realised that it was for moments like these that I run marathons â a moment so miserable at the time and yet so hilarious in hindsight that it went straight into the annals of my own running folklore. Within an hour, I found myself softening towards the man and his boat.
Â Â It was a low point, but looking back now, it was a low point every bit as precious as the high point that had sent me smiling over the finish in the London Marathon the year before. Marathons can crush, but so too can they send your spirits soaring with little moments that will equal anything else that life will ever throw at you.
Â Â In London, I had been struggling, desperately needing help. I had turned into Parliament Square with just under a mile to go, but I was in a state of near collapse, succumbing to increasing confusion and feeble-minded despair. All that was keeping me going was thrusting my chest towards randomly selected spectators in the hope that they would read the name on my vest, shout it out and urge me on. The noise was intense, but in that moment all I could hear, loud and clear above the roar of the crowd, was the voice of a little boy standing at the corner. 'Come on, Phil! You can still win this!'
Â Â It was a sublime moment, so absurd and so true, so crazy and so perfect. Win it? I was heading for a finish nearly an hour and three-quarters after the actual winner had won. But that wasn't the point. The little lad was spot on. If I could summon the bloody-mindedness to get over the line, then I too would be a winner. The final minutes weren't pleasant; but I managed them. The finishing photos show my face a sickly shade of blue, but I was grinning as I crossed the line, new life in my exhausted legs, all thanks to the little boy.
Â Â Marathons make you miserable, but they also give you the most unlikely and the most indescribable pleasures. The boat and the little boy, the two extremes that sum up that passionate, nonsensical, punishing world of marathon running. A world that I love â a world that is unlocked when you dress up in Lycra, put protective plasters on your nipples and run 26.2 miles in the company of upwards of 30,000 complete strangers. Even when I hate it, I love it still.

Less Than Zero by Bret Easton Ellis
Surrendering to the Sheriff by Delores Fossen
Devastation Road by Jason Hewitt
The Last Honest Seamstress by Gina Robinson
Trespass by Marla Madison
The Wake by Paul Kingsnorth
Acquainted With the Night (9781101546000) by Maitland, Piper
Resistance (Dark Realm Series) by Mason, Patricia
The Road to L.A. by Buchanan, Gina
Top Secret Restaurant Recipes 2 by Wilbur, Todd