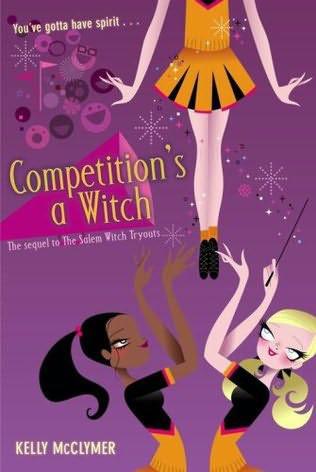 I was only mildly curious about the mortal boy standing in my living room. Until our nosy neighbor said, “I want to introduce you to my son, Angelo.”

“Nice to meet you.” Mom smiled warmly at him. “This is my daughter, Prudence.”

Angelo looked at me and smiled. “Hello, Prudence. That’s a neat name.”

And the world stopped. I mean it. Despite the fact that no one in his right mind would think Prudence was a neat name, Angelo’s attention had turned on me like a hot spotlight on a stand-up comedian. Tag, I’m it. And it feels good….

Lots of words came to mind. Forget “cute,” it was so not up to the task of describing him. Try hot. Scorching. Sizzling. I wanted to see if the rest of him lived up to the first impression.

And yes, I was playing with fire. So sue me.

Getting to Third Date

To Jim. For everything.

To my fabulous agent, Nadia Cornier, for convincing me I could do magic again. To my peerless editors Michelle Nagler and Beth Dunfey for helping me to do magic again. To Paula Chase Hyman, without whose cheering coach perspective, I would be very nervous right now. All mistakes, cheering and otherwise, are mine, of course.

All rights reserved, including the right of reproduction in whole or
in part in any form.

The text of this book was set in Berthold Garamond.

I thought making the cheerleading squad at Agatha’s Day School for Witches would put the yang back in the yin of my seriously out of whack life. Really, I did. I should have known better, but I didn’t. The problem was that I was still stuck in remedial magic classes. Which meant I couldn’t cheer in games against other witch schools—only in games against mortals. The rest of the time, I was warming the bench. Not the greatest way to gain kewl status at my new school.

And, boy, did I need to get my status back—even if it was with a witchy twist. Since my parents decided to move our family from Beverly Hills, California, to Salem, Massachusetts, a month ago, I’ve been feeling like I can’t do anything right and wondering if I’m about to slide into scud hell, no passing
go, no collecting two hundred dollars, and
definitely
no Get Out of Scudsville Free card.

A month is half a lifetime in school years, so I was really counting on that place on the squad to duke me some kewl. Daminee, was I wrong. Just like I’d been wrong when I thought it would be a snap for me to translate being a star student and totally rad cheerleader in my old mortal school to my new “witches only” school. Sigh.

Here’s a clue to just how well my “Prudence Stewart Plan to Conquer Witch School” was going. I was sitting in the headmistress’s office for the third time in a month. At least I was the one who wanted the meeting this time. For once, I wasn’t being called on the carpet for something I’d done wrong. It was no comfort at all that my mom was sitting next to me, or that the headmistress was glaring at her instead of me. My dad wasn’t there, of course—he isn’t a witch and mortals aren’t welcome at Agatha’s, even if they’re married to witches, or parents to them, either. I guess this was a good thing, because I don’t know if I could have dealt with a frosty headmistress and a dad freaked out by her uber-witchiness.

Our revered and freakishly ancient headmistress prefers white. Frost-white, to be exact. Her office could have been carved out of an iceberg. In fact, maybe it was, because there was a little breath visible when she leaned forward, speared me with her pale blue gaze, and raised her thin white eyebrows. “Mr. Phogg has indicated that you
wish to test out of remedial classes early. Is this correct?”

“Yes.” With Agatha, I had learned that one-word answers, provided quickly and cleanly, were best.

She looked at my mother. “You agree with her, then? You think a girl who came a whisper away from being expelled a few days ago should be given an opportunity for which all the other students have to wait until spring?”

My mother nodded, and a little puff of warm breath expelled when she said, “In Prudence’s case, I think the request is reasonable.”

“I’m sure you do.” Agatha took turns staring at both of us for a few moments.

I started to get nervous. Did she want me to plead my case? To apologize for getting her great-great-great-great-grandson Daniel in trouble, even though it was really
him
that got
me
in trouble? (Not that I was holding a grudge. Not against him, at least.) I wasn’t going to walk away from this conversation, that was for sure. No one gets anything who isn’t willing to ask for it, or so my old cheering coach used to tell us at the beginning of every season, when fundraising started and our parents groaned in protest.

Was trying to convince Agatha to give me a chance to test out of remedial magic classes early any worse than trying to get super-Pilatecized Beverly Hills moms to cough up twenty bucks for a bar of bad chocolate? Okay, so it was … a little. But still, what else could I do? I, who have never stammered
in my life, stammered, “I w-w-want to test early because—”

Agatha held up her hand. “I’m certain I understand, Miss Stewart.” Okay. So she didn’t want an explanation. Should I go for an apology? It was the only option left, short of giving up. And that just wasn’t in my nature.

But before I could open my mouth, Agatha turned to my mother. “I know you’ll agree that Prudence’s attachment to mortal ways severely limits her ability to acquire the witch skills she lacks.” Which was something I really couldn’t argue with. However, I could very much disagree when she added, “I suggest she change her after-school activity from cheerleading to … oh, I suppose Potions for a Better Tomorrow might be a good after-school group for her. That would allow her more time for her studies, and it might help her lift her GPA in the process.”

Potions for a Better Tomorrow? No way. I looked at my mother, willing her to recognize that my life would be over if I had to quit cheering. It was the only thing I was any good at here in witchworld, where she’d dropped me without a choice—or a magic parachute to break my fall from A-plus kewl student on the fast track to the Ivy League, to remedial magic class scud with a dash of Eau de Mortal dabbed on my pulse points.

You see, my parents decided, without any warning, to move us clear across the country just weeks before I was to begin my junior year at Beverly Hills High School. Where, I might add,
I was going to be head cheerleader of the varsity team (first junior ever to get that honor). I was also planning to run for student council president. And now, after spending sixteen years in the mortal realm—no magic allowed—my little brother, Tobias (aka the Dorklock), and I were required to go to a school for witches. With magic very much on the course schedule.

Imagine if you’ve never been allowed to touch the keys on a piano and then you’re told you not only have to touch those keys, but you have to play the piano as well as kids who’ve been practicing their whole lives. And then imagine that your dorky little brother turns out to be Gifted and Talented at piano, even though it had been forbidden his whole life (sneaky little brat). Substitute magic for piano, and that’s my life in a size-zero nutshell.

True, I had nearly been expelled last week for a teensy-weensy misstep in the school lunchroom. But that wasn’t cheer related. That was boy related. Cheering I could handle, even if it was of the magical variety. Sure, it had taken every ounce of persuasive skill I had to get a spot on the team—but I made it. So no way was I dropping cheerleading for Potions for a Better Tomorrow.

Maybe making an immortal enemy of the headmistress and founder of my new school wasn’t the best recipe for success. But it wasn’t as if I meant to. After all, I had no way of knowing that Daniel, the cute bad boy who was too hot to resist, was her great-great-great-great-grandson.

Of course, that knowledge might not have changed anything. Daniel was easy to follow into trouble. But, the truth is, I only found out when Agatha busted us in a time bubble, kissing. In the school lunchroom. Just about ten seconds before Daniel blew me one last kiss and disappeared. Leaving me alone to face Agatha’s wrath. She hadn’t expelled me, but that was only because it was no secret I didn’t have the skill to create a time bubble and Daniel did, ten times over.

Duster (9781310020889) by Roderus, Frank
Dangerous Games by Sally Spencer
Seducing Seven (What Happens in Vegas) by MK Meredith
Any Way You Slice It by Kristine Carlson Asselin
A Christmas to Die For by Marta Perry
Genesis Queen (The Road to Hell Series) by Miller, Gracen
Deadman's Road by Joe R. Lansdale
Merlin's Children (The Children and the Blood) by Megan Joel Peterson, Skye Malone
The Woman who Loved an Octopus and other Saint's Tales by Imogen Rhia Herrad
The Remedy by Suzanne Young