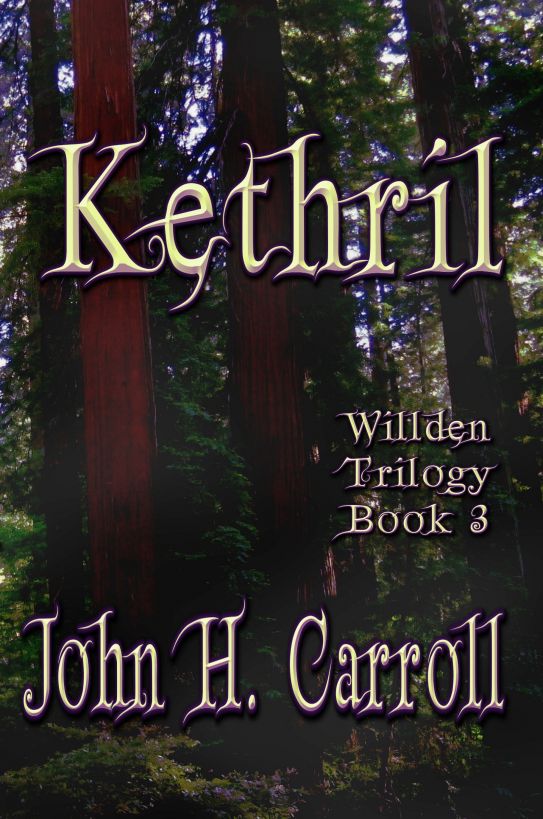 This book is dedicated to a random stranger
I’ve never met, will meet, or ever be aware of. I hope you have an
awesome life!

Note: This is the
third book of the Willden Trilogy. I highly recommend reading book
1: “Rojuun”and book 2:
“Anilyia”
first. You can find them at the same store you purchased this one
from. 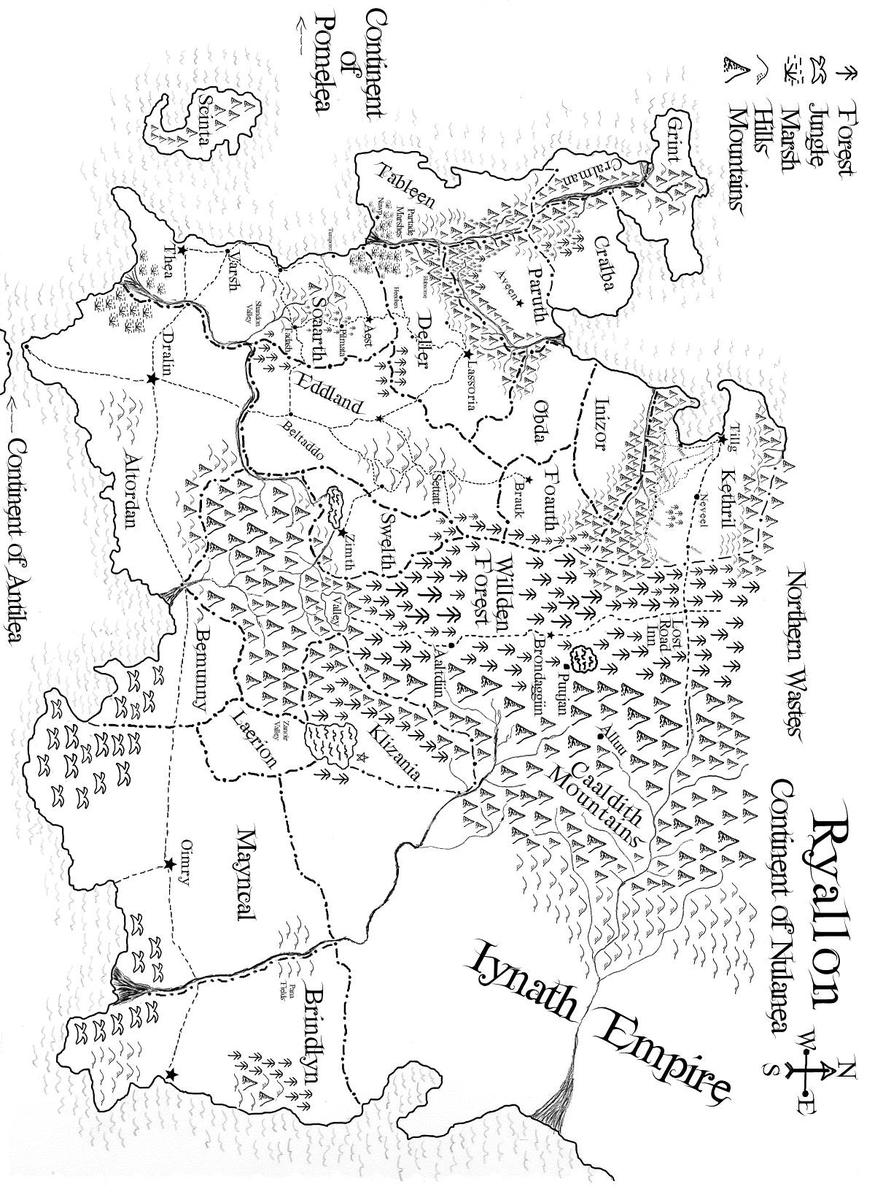 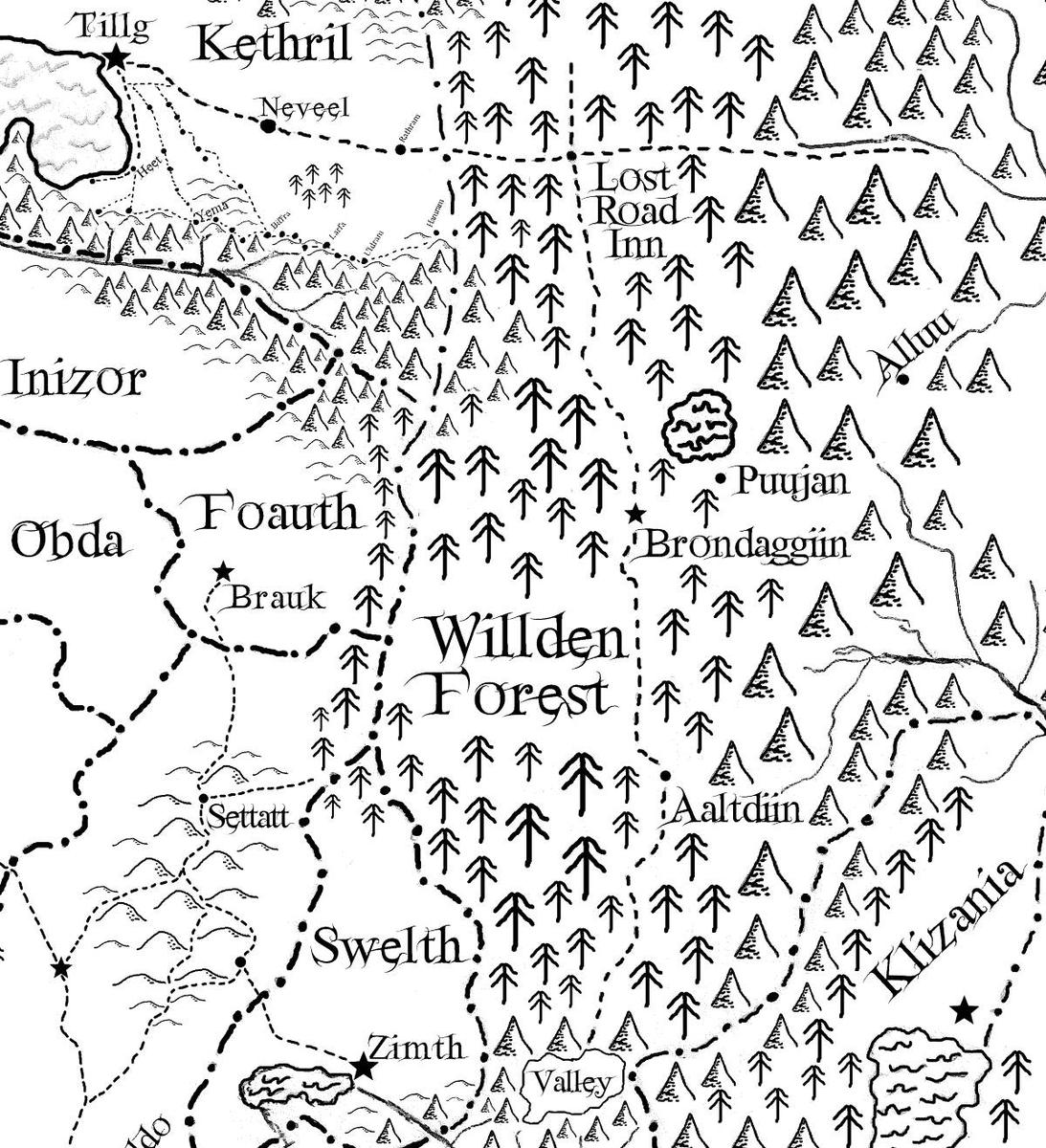 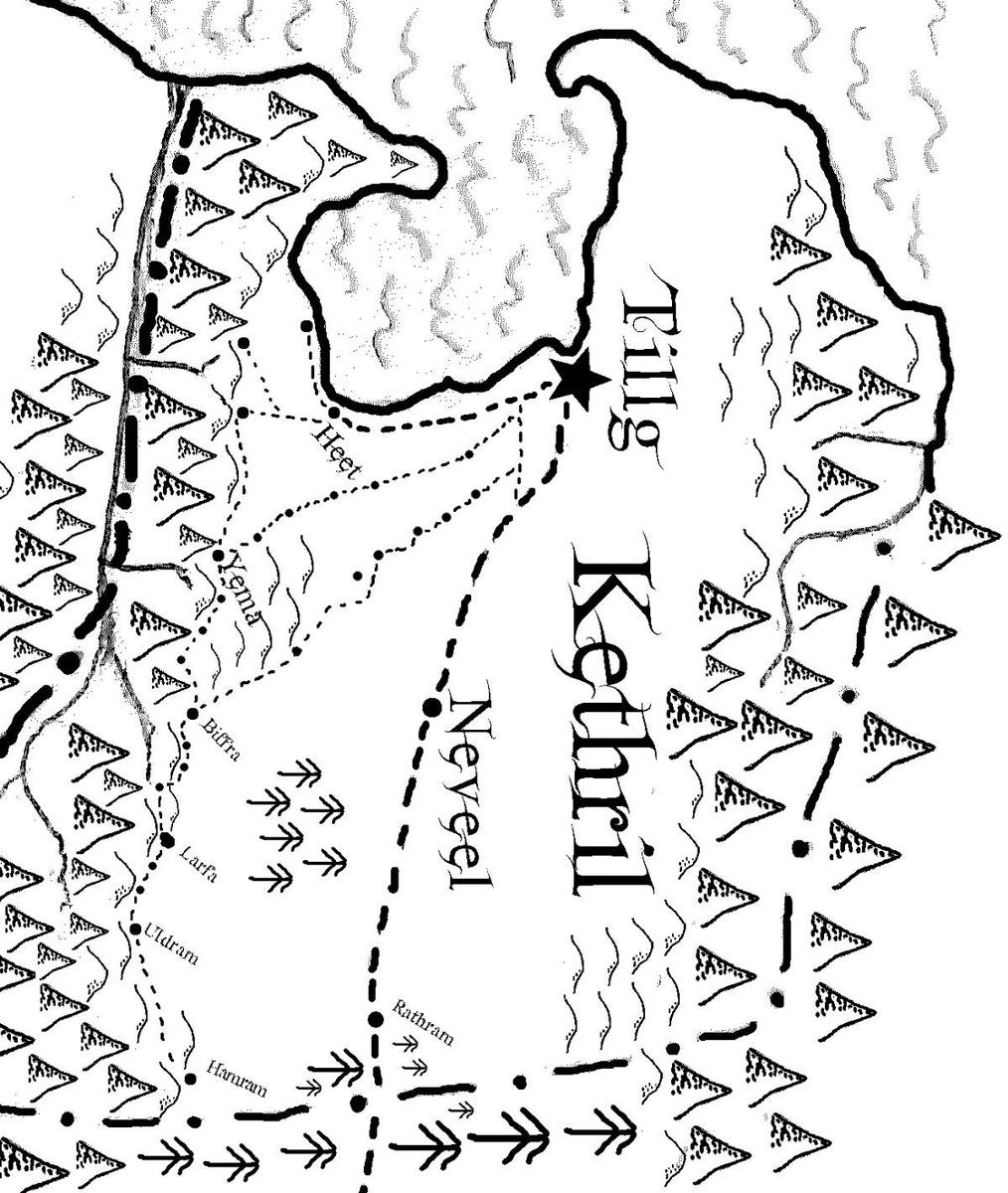 “Vevin is Evil.” The words still rang in
Tathan’s ears and sent a chill up his spine. Three nights earlier,
Princess Anilyia of Mayncal told him about the four colors of
dragons: white and orange were good, purple and black were evil.
Vevin, Tathan’s friend and his cousin Liselle’s lover, was a dragon
in human form with purple hair, cream-colored skin that had a lilac
tint, sharp teeth and liquid-silver eyes.

It was said that dragons lived on the world
of Ryallon before humans. They were the most powerful and
intelligent creatures in existence and very little was known about
their lives or habits. It wasn’t for lack of curiosity on the part
of humans who attempted to study the great creatures. The problem
was that dragons didn’t invite humans into their homes or society.
To make matters worse, they had a bad habit of eating any human who
attempted to study them.

A treaty made long ago ensured peace between
the two races. Dragons would not kill humans and vice versa.
Enforcing the treaty wasn’t a problem because dragons didn’t care
about the lives of humans. A few humans tried attacking or stealing
from dragons, but they often became dessert. The treaty had an
exception that allowed dragons to kill any human who tried to
study, kill or steal from them. It also allowed dragons to eat
princesses.

When making the agreement between dragons
and humans, princesses were excluded from protection. The reasoning
was that they had traditionally been offered as sacrifices to keep
dragons from eating livestock and citizens. The kings who signed
the treaty decided it would be sensible to keep the option of royal
sacrifice open in case someone did something stupid and killed a
dragon. It gave the kingdoms a means of peaceful resolution.
Moreover, most kings considered princesses to be a pain. Sure,
there was the occasional sappy king who allowed his daughter to
wrap him around her little finger, but those were few and far
between.

Princess Anilyia had been educated about
dragons by royal tutors in case she should ever be needed as a
sacrifice. Even with that education, she didn’t know very much
about them. No one knew how dragons governed themselves, how they
flew, what their social habits were or much of anything. Tathan
hadn’t talked to Vevin or Liselle about everything the princess
said. Anilyia had asked him not to and he didn’t know how to
approach the subject anyway.

He also hadn’t spoken to Sir Danth, a
bodiless suit of armor sixteen hundred years old, about the matter
either. The knight had been especially quiet for the last few weeks
and Tathan wanted to know what was bothering him before bringing up
anything else.

At the moment, Tathan was relaxing atop a
water tower. It was a beautiful morning and birds were singing
merrily while searching for the first meal of the day. Mist had
covered the forest around the Lost Road Inn the first few days the
companions stayed there, but when Tathan had woken at sunrise, it
was gone.

From his vantage point, he could see steam
rising off the massive inn downriver as well as the outbuildings
that once would have been filled with activity. Moisture on the
stone evaporated in the sunlight, adding to the thick humidity in
the air. Dense forest surrounding the long empty inn and the
intersection of two ancient highways was noisy with wildlife going
about their daily chores while industrious woodpeckers hammered
away at trees. Droning insects zipped about over the head of
woodland creatures rustling in the verdant underbrush. The sun
warmed the dew-laden forest, drawing scents of moist wood and grass
into the air.

The Lost Road Inn, the companions decided
that would be its name, was a five level stone building at the
intersection of two ancient roads from the Kingdom of Morhain. It
had an enormous barn, servant’s quarters, innkeeper’s house,
brewery and the water tower he sat on. A stone aqueduct carried
water to the tower from a small waterfall upstream. At the bottom
of the tower were stone pipes that led to the buildings below,
providing running water inside.

After more than a millennium, it should have
collapsed. Vevin explained that preservation runes were etched into
everything, keeping it intact. He said they could last for
thousands more years.

Vevin. Tathan couldn’t stop thinking about
his dancing friend. They had found him injured in the ruins of
Aaltdiin after leaving the valley. Something had hurt Vevin, taking
his home and treasure while leaving him with a large gash along the
left side of his face from crown to chin. The scar that remained
was long and stark white. Throughout their journeys, Vevin had been
an outstanding friend, fallen in love with Tathan’s cousin Liselle
and even saved her life. He
couldn’t
be evil.

“Tathan!” Princess Anilyia called from
below, having just exited the innkeeper’s house. He lay down on the
slanted stone roof of the tower so she wouldn’t see him. Anilyia
scanned the surroundings for a moment before holding the hem of her
dress above her ankles and walking over the soggy grass to the inn.
Her waist-long platinum hair swayed in time with the rest of her
lovely body as she walked. The princess was truly beautiful. Her
unique hair complemented the olive skin customary among the people
of Mayncal.

Tathan was hiding because she had been
spending all her time with him lately and he needed a break from
the attention. He was attracted to her and she to him. However, the
princess was engaged to marry in an arrangement that would bring
peace between two hostile kingdoms. It was the same old bard’s tale
Tathan had listened to at numerous faires and inns. Only this time,
he and his friends were the one rescuing the princess. The bards
never seemed to sing about the princess running off with a rogue
and leaving her kingdom to war.

After she disappeared around the front of
the inn, Tathan climbed down the stone ladder attached to one of
the tower’s legs. He was in awe of the fact that it was still
sturdy despite being as old as the rest of the architecture.

When he reached the ground, Tathan decided
to run into the Willden Forest away from the inn. The Willden was
dangerous, but friendly towards him and his companions. Even with
that, it was still a bad idea. He just didn’t care. Traveling with
an evil dragon, a moody knight, an alluring princess, and a flower
child with more power than he’d ever seen in his life was, at
times, more than he could handle.

After fifteen minutes of running, he stopped
in a pleasant glade. The Willden was thick and didn’t allow a lot
of sun to come through, but the pretty clearing had rays of morning
sunshine tilting toward the grassy floor. Tathan was careful not to
step on any of the beautiful flowers just waking up from their
morning slumber. He wouldn’t want to upset his cousin.

Liselle was becoming an enigma to him. At
first, she had started out as his simple relative living in the
valley where they were both raised. Tathan had come home that
spring after being gone for thirteen years. An attack by riders of
the Iynath Empire had killed their family, causing the two cousins
to set off into the Willden Forest alone after mourning the loss
much too briefly. Now it was nearing the end of summer and Tathan
was learning that his cousin was not at all simple.

Mother Tree, a magical entity that looked
over the Willden Forest, told them that Liselle’s mother had lain
in a flower-strewn clearing after discovering she was barren. The
flowers took sympathy upon her tears, gifting life within her womb
and Liselle’s father never knew the truth.