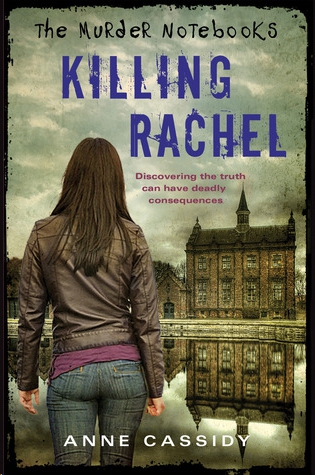 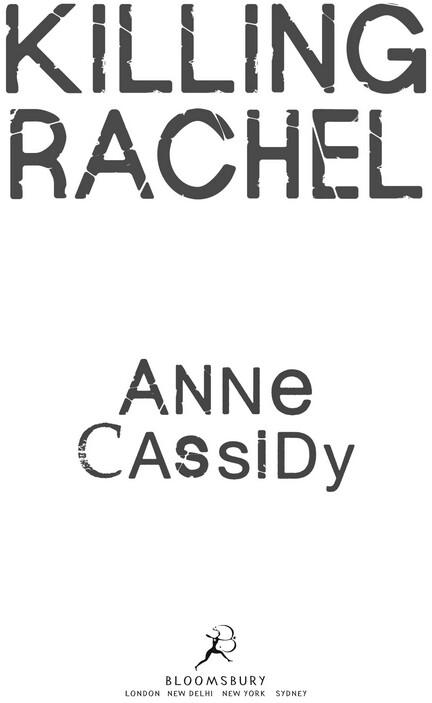 To Alice Morey and Josie Morey

Rose was hiding. It was dark and cold and she was in a shop doorway staring at two people across the road. The street was busy and a stream of people passed without noticing her, wrapped up against the cold night air. She could see clouds of white breath coming from their mouths and hear their excited chatter as they talked about their plans for the evening.

She kept her eyes on the couple.

The boy was her stepbrother, Joshua. He was standing outside a door next to a cafe called Lettuce and Stuff. Opposite him was a girl who Rose had never seen before. She was shorter than Joshua and was wearing a kind of duffel coat with the hood down. Her fair hair was spilling over her shoulders, and she was staring up at him, seemingly rapt. The sight of it gave Rose a sore spot in her throat.

It was just gone seven and she’d been on her way to Joshua’s flat. She had arranged to eat with Joshua and Skeggsie, his flatmate. She’d been looking forward to it and rushed so that she would be on time. She was early, in fact, but she knew it wouldn’t matter. Joshua and Skeggsie wouldn’t mind what time she got there. She’d just sit at the kitchen table while they cooked and talked. When Joshua had invited her round he had said they should keep off one particular subject. They were going to try very hard and not talk about The Notebooks. The notebooks had been all consuming but now it was time for their lives to get back to normal after what had been a dramatic few weeks.

Walking along Camden High Street she’d been pleased to see Joshua on the pavement outside his flat. It was almost as though he’d had some second sense that she was on her way. She was ready to smile and quicken her pace but a stranger had stepped out of Joshua’s front door.

Rose stopped in her tracks and watched as seconds later the girl was joined by Joshua. Rose crossed the road on to the other side and walked along until she saw the recess of a shop doorway. She stepped into it and watched them talk.

Five minutes went by and they were still talking.

She became angry with herself for not walking straight up to Joshua and saying,
Hi, Josh
and
Hello
to this girl and then going upstairs to see Skeggsie. Now she would feel embarrassed. She glanced upwards to the first floor of the building. She half expected to see Skeggsie’s face at one of the windows staring down at her. There was nothing, though; just the warm yellow light of the kitchen. She should be up there now.

She thrust her hands into her pockets crossly. In one she felt the corner of an envelope pressing against her skin. It was a letter that she’d been carrying round with her all day. Her grandmother, Anna, had handed it to her as she left for college. When she realised that it was a letter from her old boarding school, Mary Linton College, she’d felt instantly apprehensive. She’d shoved it into her coat pocket intending to open it later when she had time, when she felt up to it. She’d left it in her pocket all day long. She’d not quite
forgotten
about it. It had buzzed around the edges of her thoughts all day, an annoying but persistent presence. It was only when she set off for Joshua’s that it went out of her mind.

Now it sat in her pocket unopened, silent, bearing a message of some sort that she didn’t particularly want to hear. She recognised the handwriting so she knew exactly who had sent it.

She let her fingers run over it and felt the linen paper that Mary Linton College used for its stationery. It reminded her suddenly of the school offices of the college, the place where you went if you had a query about your parents’ visits or if you were being picked up for a trip out of the school grounds. The tables in the waiting area had thick blotters on them and small wooden letter stands with headed notepaper and envelopes. The paper was light blue and felt luxurious. The envelopes were thin and long and opened at the top of one end. They had to be stuck down by licking the gum. The stationery was like the boarding school: old-fashioned and expensive.

Rose realised that the girl talking to Joshua was standing closer to him. There was no gap at all between them. She looked like she was going to
kiss
him. It would only take a second for her to go on tiptoes and angle her face up to his. Or he would just lower his head and place his lips on hers. Rose held her breath. The traffic had stopped and although people were walking past they were a blur to her, so fixed was she on the two people across the road.

She felt her heart twist. Were they going to kiss?

They did not. Seconds later the girl backed away and walked off and Rose felt a swooning sense of relief. Her eyes followed the girl as she wove in and out through other pedestrians and finally disappeared. Across the road the door to Joshua and Skeggsie’s flat was closing. She moved her shoulders about, loosening her clenched muscles.

Rose, Rose
, she thought,
what’s the matter with you!

Joshua opened the door and smiled at her.

She walked in and felt the heat of the flat. In front of her was a steep staircase and she followed Joshua up until she came to a tiny landing. The smell of food was in the air.

Skeggsie appeared. He had a bibbed apron on over his shirt, tie and trousers. His black-rimmed glasses made him look like a scientist but he was an art student, though nothing like any artist that she had ever pictured. His face was red and in one hand he had an asthma inhaler and in the other a spatula. He didn’t say hello, or call her by her name, he simply said, ‘Food’s ready.’

As Rose and Joshua walked past him he sucked on the inhaler.

They ate hungrily. No one mentioned the notebooks. It was the first time in weeks that it hadn’t been the main topic of conversation between them. The narrow kitchen was hot and Rose took her jumper off, draping it over the back of her chair. The butterfly tattoo on her forearm stood out and she focused on it for a moment. It had completely healed now and looked as though it had always been there. A Blue Morpho butterfly. A reminder of her mother, who she hadn’t seen for five years.

Skeggsie was talking about the animation course he was doing at college and how he had plans to make a short film. Joshua was nodding and picking at his chicken with his fingers. He had his sleeves rolled up and his shirt was unbuttoned showing a grey T-shirt. She stared at his chest. There, underneath the T-shirt, on the left side of his ribs was
his
butterfly tattoo. The first time he’d shown it to her she’d traced her fingers along it, feeling the outline of the image. She wondered if he sat in front of a mirror and looked at the delicate picture imprinted on his skin; larger and more dramatic than hers. She pictured him staring at it and thinking of his father, Brendan, who he hadn’t seen for five years.

‘So, this guy in college is going to collaborate with me on the film!’ he said.

Rose and Joshua immediately looked at each other. Skeggsie had a
friend
. Someone in college that he liked and trusted enough to work with. Joshua read the surprise on Rose’s face and did a mild shrug as if to say,
First I’ve heard of it
, as Skeggsie continued talking about Pixar and classic Disney and French animation techniques.

Later they ate pieces of cheesecake and it seemed as though the conversation had run out. This was the time when they might have slipped back into the ins and outs of the notebooks as they had done for weeks. Instead they sat silently and Rose ate her cheesecake, one spoonful after another.

‘Who was that girl I saw, earlier, walking away from the front door?’

She
hated
herself for asking.

‘That was Clara, from uni.’

Is she your girlfriend?

‘Is she on your course?’

‘Clara is an odd name,’ Rose said lightly. ‘What’s it short for?’

‘Dunno,’ Joshua said, sitting back, placing both hands on his stomach, as if he was full up.

When the meal was over she helped Skeggsie wash the dishes and put them away in their allotted places. Then she decided to go back to her grandmother’s house.

‘Great meal, Skeggsie,’ she said, getting her coat and bag.

‘I’ll walk you to the station,’ Joshua said.

‘I’m a big girl. I can walk the streets of London by myself!’

She spoke a little more sharply than she had meant to and Joshua put his hands in the air defensively.

‘Sorry,’ she said, walking down the stairs.

The front door was not bolted. She was getting used to this. Skeggsie, who had previously been paranoid about having the door locked every time someone came in, had relaxed somewhat.

‘Skeggsie still all right with the door?’ she said, her voice a bit lower in case he heard.

Joshua nodded. ‘Plus he’s got this new mate at college. Looks like he’s finally coming out of his shell.’

It had taken Rose a while to take to Skeggsie and she still wasn’t quite sure about him. But he was Joshua’s friend and she had to accept him as he was.

Was he going out with Clara?

‘I’ll email you. Maybe I’ll drop by on Sunday or something.’

She paused for a moment. ‘We managed not to talk about the notebooks.’

He nodded. ‘Doesn’t mean we weren’t thinking about them.’