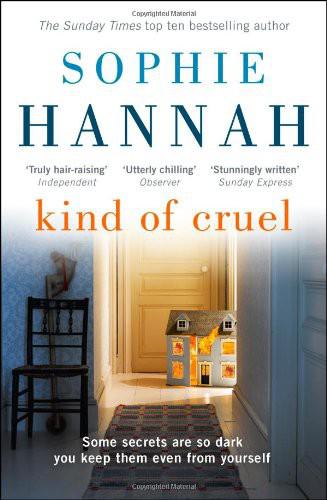 Work has been asserted by her in accordance with the Copyright,

For Juliet Emerson, who helped me to solve many mysteries, both autobiographical and fictional

What is the difference ...

But we’ve walked ourselves ...

If something happens once ...

Thank you for coming ...

If you ask someone for a memory and they tell you a story, they’re lying.

Me aged five, curled in a ball behind the doll’s house, hiding; scared the teacher will find me, knowing it’s going to happen, trying to prepare myself – that’s a memory.

Here’s the story I turned it into: on my first day at primary school, I was furious with my mother for leaving me in a place I didn’t know, with strangers. Running away wasn’t an option, because I was a good girl – my parents were always telling me that – but on this occasion I objected so strongly to what had been inflicted on me that I decided to protest by absenting myself from Mrs Hill’s classroom as thoroughly as I dared. There was a large doll’s house in one corner of the room, and, when no one was looking, I tucked myself into the space between it and the wall. I don’t know how long I stayed there, hidden, listening to the unappealing noises my classmates were making and Mrs Hill’s attempts to impose order, but it was long enough for my deception to start to feel uncomfortable. I regretted hiding, but to show myself suddenly would be tantamount to confessing, and I had no desire to do anything so rash. I knew I’d be found eventually, and that my punishment would be severe, and I became increasingly scared and agitated, crying quietly so that no one would hear. At the same time, part of me was thinking, ‘Say nothing, don’t move – there’s still a chance you’ll get away with it.’

When I heard Mrs Hill tell all the children to sit cross-legged on the carpet so that she could take the register, I panicked. Somehow, although I’d never been to school or even nursery before, I knew what that meant: she was going to call our names, one by one. When I heard mine, I would have to say, ‘Yes, Mrs Hill’. Wherever I was, I would have to say it. The possibility of remaining silent didn’t occur to me; that would have involved a level of deceit and rebellion I wouldn’t have been prepared to contemplate, let alone attempt. Still, I didn’t move from my hiding place. I have always been an optimist, and wasn’t willing to give up until I absolutely had to. Something might happen to prevent Mrs Hill from taking the register, I thought: a bird might fly in through the classroom window, or one of my classmates could suddenly fall ill and have to be rushed to hospital. Or I might come up with a brilliant idea in the next three seconds – some amazing exit route out of this mess I’d got myself into.

None of those things happened, of course, and when Mrs Hill called my name, I decided the best course of action was a compromise. I said nothing, but raised my hand from behind the doll’s house so that it was clearly visible. I was doing my bit, I thought – admitting to being present, raising my hand responsibly – yet there still remained the miraculous possibility that no one would notice, that as a reward for declaring myself, I would get to miss the entire school day. And then I could turn up the following day and do exactly the same again. That was my fantasy; the reality was that Mrs Hill spotted my protruding arm at once and demanded that I come out from behind the doll’s house. Later, she told my mother what I’d done and I was punished both at school and at home. I don’t remember the punishments.

How much of that story is true? At a guess, I’d say most of it. Ninety per cent, maybe. How much of it do I remember? Hardly any. Two emotional states, that’s all: the mixture of fear and defiance I felt while I was behind the doll’s house, and the terrible humiliating defeat of having to come out and face the class. Everyone knew I’d taken a risk, then lost my nerve and given myself up. I remember feeling shamed by the memory – seconds after the event; a memory within a memory – of my stupid bet-hedging gesture of staying hidden while silently raising my hand. I was pathetic: too good to be naughty and too naughty to be good. I remember wishing I was any other child in the class, anyone but me. I’m pretty sure I had all those feelings, though at five I didn’t yet have the vocabulary to describe them.

The problem – what prevents me from being certain – is that for forty years, my story about what happened that day has been trampling all over my memories, so that by now it has effectively replaced them. True memories are frail, fragmentary apparitions, easily bulldozed into submission by a robust narrative that has been carefully engineered to stick in the mind. Almost as soon as we’ve had an experience, we decide what we would like it to mean, and we construct a story around it that is going to make that possible. The story incorporates whichever relevant memories suit its purpose – positioning them strategically, like colourful brooches on the lapel of a black jacket – and discards the ones that are of no use.

For years, I told a different version of my first-day-at-school story, a version in which I emerged from my hiding place with a cocky smile on my face and said with absolute confidence, ‘What? I wasn’t pretending not to be here. I put my hand up, didn’t I? You never said I couldn’t sit behind the doll’s house.’ Then one day I caught myself mid-anecdote and thought, ‘Can that really be what happened?’ Sometimes we need to demolish our endlessly told tales in order to get to the real memories. It’s a bit like stripping layer after layer of paint off a brick wall. Underneath, we find the original bricks – stained and discoloured, in poor condition after years of not being able to breathe.

The funny thing is that, now, both versions of the story – the one in which I brazen it out and the one in which I’m humiliated – feel like memories to me, because I have told both so many times, to myself and to other people. Each time we tell a story, we deepen the groove it occupies in our mind, allowing it to burrow further in and seem more real with each telling.

A true memory might be a fleeting image of a red coat, a lemon tree (you don’t know where), a strong feeling, the name of someone you used to know – just the name, nothing more. Genuine memories do not have beginnings, middles and ends. There’s no suspense, no obvious point to them, certainly no moral lesson learned – nothing to satisfy an audience, and by ‘audience’ I mean the teller, who is always the first audience for his or her own story.

All this can be applied to Christmas 2003 and what happened at Little Orchard, which – as you’ve probably guessed by now – is not a memory but a story. Hopefully, it’s a story that can be used to retrieve a few memories embedded within it, and maybe some rejected ones too, ones that didn’t fit with the overall flow and were ditched accordingly. As an experiment, I’m going to assume, for the time being at least, that the Little Orchard story is one in which every detail is false.

None of it really happened. Nobody woke up on Christmas morning to find that four members of their family had disappeared.

Look: there is nothing special about this place. Look at the gaps between the bricks in the gateposts, where the pointing has fallen out. Look at the ugly UPVC window frames. This is not a place where miracles happen.

And – because I’m more than willing to shoulder my share of the blame in advance – there is nothing special about me. I am not a place where miracles happen.

This isn’t going to work. So I mustn’t be disappointed when it doesn’t.

I’m not here because I think it’s going to help. I’m here because I’m sick of having to plaster a receptive smile on my face and make pleased and surprised noises when yet another person tells me how brilliantly it worked for them. ‘You should try hypnosis,’ says everybody I meet, from my colleagues to my dentist to parents and teachers at the girls’ school. ‘I was really sceptical, and only went as an absolute last resort, but it was like magic – I never touched cigarettes/vodka/cream cakes/betting slips again.’

I’ve noticed that anyone who advocates a wildly implausible solution to a problem always stresses how cynically unconvinced they were at first, before they tried it. No one ever says, ‘I was and am exactly the kind of desperate idiot who’s ready to believe in anything. Weirdly, hypnotherapy really worked for me.’

I’m sitting in my car on Great Holling Road, outside the home of Ginny Saxon, the hypnotherapist I chose quite randomly. Well, perhaps not entirely. Great Holling is the nicest village in the Culver Valley; might as well go somewhere picturesque to waste my money, I thought. Very few places are so idyllic that one notices a backlash against them – people describing them as being ‘not the real world’ or ‘up their own arse’ – but it’s almost a cliché around these parts to thumb your nose at the beautiful seclusion of Great Holling by opting, instead, to live in a noisier, dirtier place that, coincidentally, contains cheaper houses. ‘But even if I could afford to live in Great Holling, I wouldn’t. It’s just too perfect.’ Yeah, right.