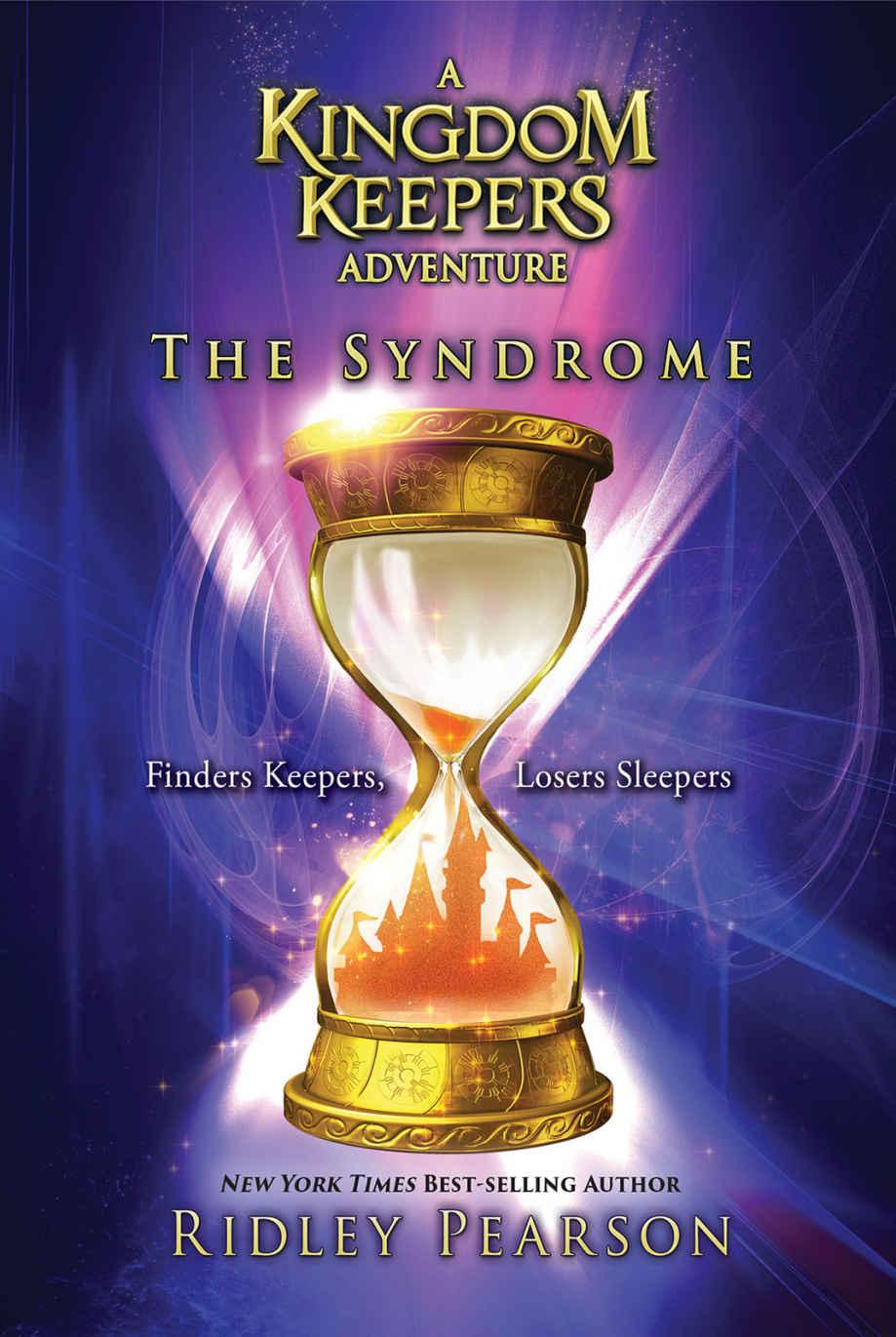 M
YSTERIES AND THRILLERS
(
FOR GROWN-UPS
)

All rights reserved. Published by Disney • Hyperion, an imprint of Disney Book Group. No part of this book may be reproduced or transmitted in any form or by any means,
electronic or mechanical, including photocopying, recording, or by any information storage and retrieval system, without written permission from the publisher. For information address Disney •
Hyperion, 125 West End Avenue, New York, New York 10023.

Special thanks are due to Genevieve Gagne-Hawes and Samantha Frank for their editorial efforts; also, to Wendy Lefkon and Disney Books for keeping the train on the tracks; to
Nancy Zastrow and Jen Wood for office management and social media skills; and to all Disney Imagineers for contributing to my research, both on the ground and on the Web.

DEDICATED to everyone with a special skill. Fairlies, all.

I wasn’t always this way. Maybe I inherited it, but I don’t know because my parents aren’t around to ask. I can’t say it exactly feels normal. I remember
not having it.

The first time it hit me, I was an angry twelve-year-old. My mother was still around then and there was a man who could have been my father. I called him Tom. I don’t remember him well. My
mother was being mean and I stormed into my room—it was actually some kind of closet, I think, off the apartment’s only hallway—and I turned and slammed a different door
from
across the room
.
Bang!
The door moved like a hurricane wind had hit it.

From that day on she was afraid of me. What she didn’t realize was that it had happened in little ways before that—ways I didn’t quite understand but still didn’t
question. A page of a book would turn on its own as I reached for it; toothpaste would go onto my toothbrush without my squeezing; once, the saltshaker moved across the kitchen table to
me—though no one else saw it because I was eating my mac and cheese alone. It may not have made sense to others, but none of the events surprised me.

As an escapee from “Barracks 14,” a so-called “private school” in Maryland, I did not want to ever go back. Not ever.

My closest friend on earth, Jessica, and I had escaped during Hurricane Cally. In truth, Barracks 14 was a cinder block brick of a building among many others on a military base that had been
closed for over a decade. Boarding school, seriously? I don’t know what they called us, our so-called instructors, but we called ourselves
Fairlies
, for
fairly human
. Each of us
had some sort of strange power. The instructors called them gifts—what a joke! Try telling that to the boy who set his textbook on fire because he became frustrated with his algebra homework;
or the girl down the hall who heard people’s thoughts the way the rest of us hear people speak. At Barracks 14, she’d worn a set of noise-canceling earbuds to keep her sane. Gifts of
coal, if you ask me.

It seemed like one of those “grass is greener” situations: we Fairlies, uncomfortable with the very “gifts” our instructors wanted so badly to understand. Maybe it was
mere curiosity, as they claimed, but it looked more like greed, like a hunger to own this private part of us we didn’t want to share. They were so annoying with their cameras and their
questions. Once inside that military base, we never left. Barracks 14 was a prison, plain and simple. No matter what they called it, it was a place to poke and test us, physically and mentally. It
was invasive, scary, sometimes embarrassing, and often abusive. It was a place from which to run.

So Jess and I did just that. One or two others escaped as well. Most have not been so fortunate.

After finding our way to Orlando, Florida, Jess and I were eventually contacted by five kids our age who were nearly as weird we are—and that’s saying something. We all graduated
high school last year from different schools in Orlando. The five—two girls and three boys—work for Disney. But not like other interns. The five aren’t Cast Members, food service
workers, lighting designers, or character handlers. They are in-park guides. Families hire them to tour around the parks, move to the front of lines, meet characters, or get lunch reservations. The
weird part: they’re holograms. Well, not our friends. Our friends are real. But they modeled for Disney so that their
incredibly
lifelike holograms could be used as park guides. Now
the Disney Hosts Interactive—so-called “DHI”—guides are among the most requested service in all of Disney.

Things got crazy. This was Disney and, as Jess and I came to find out, stuff in Disney was a lot more real than we’d known. It was a lot more than fairy tales and princesses. Things
happened in the parks after dark. Bad things. Our friends—quickly nicknamed the
Kingdom Keepers
—had become part of the effort to stop the Disney villains—the
Overtakers
—who wanted the good magic replaced by the dark. Jess and I got caught up in that effort.

We’d been hanging around with the Keepers ever since Jess had been taken over—
yes, taken over!
—by Maleficent. If I hadn’t seen it, I wouldn’t have believed
it either—don’t worry, you’re not alone in that.

I met Finn Whitman in what I think of as a predetermined moment. And though he did not know it, I did. I’d been expecting him, thanks to an old Disney Imagineer who, I
would later come to believe, may have helped with our escape from Barracks 14.

Finn could be annoying and too clever for his own good, but he’s also brave, tenacious, irritating, romantic, and heroic. He would never be a jerk. He would never fail to return a text of
mine, not ever.

So, when Finn stopped texting me, I knew something was wrong. Very wrong.

I gave it a day. Two. On the third day of silence I rode an hour and a half on a bus to the Walt Disney Pictures studio lot and waited another forty minutes to see a man named Joe Garlington, a
highly positioned Disney Imagineer who knew everything that had to do with Finn and the Kingdom Keepers. Jess and I, currently interning for Disney’s Imagineers, had every right to meet with
Mr. Garlington. Even so, I was intimidated.

We met in a brightly lit conference room. With its fancy black chairs and three conference phones, it had a high-tech feel. One wall, all glass, faced the balcony corridor overlooking the lobby.
Joe wore a black Kangol cap over his fuzzy blond hair. He had bright eyes, a big, kind smile, and a gentle voice. He was dressed in a way that made him look like an ad for adventure clothing.

“How’s the interning going?” he said, starting the conversation from the chair next to mine. “I hear good things about both you and Jess.”

“It’s great,” I answered. “Unreal. I can’t believe we’re actual Disney interns, that we get paid to do stuff we would pay to do! It’s dreamy.”

“Glad to hear it. I’m also glad you came up here to visit. You know my door’s always open. But honestly, should I be alarmed? It’s a long way to travel—from the
park to here in Burbank—for a social visit. So let me start by asking what you need. Is there a complaint or situation I need to deal with?”

“Finn’s not answering my texts.”

“Have you heard from him?” I asked.

Joe looked out the glass as if there was something there to see. “We’re trying to respect their return to normalcy. The Keepers, I mean. You know that.” He paced.
“We’ve offered them internships as well. I’m sure you’re aware of that. They must work that out with their families. We respect that process.”

“It’s been, what, nearly a week since they went back to Orlando—without saying good-bye? And not even a text? That’s not right.”

“I’m not sure what you want me to say, Amanda. Friendships can be tricky.”

“I want to know why I haven’t heard from him. You know something, don’t you?” I looked him up and down. “I tried Charlie—Charlene—and Willa, too.
Nada!”

“I think we should give it another day or two.”

“Give what another day or two?” I demanded, leaning in.

Joe smirked. “Listen, Amanda, the fact is…the kids wanted some time in the park by themselves.”

“They went back to Orlando.”

“There’s a park there, too. Several parks. You lived there. I don’t have to tell you that.”

“So Finn’s too busy having fun to text me?” I wasn’t about to cry in front of Joe Garlington, but I felt a lump in my throat the size of a bowling ball. This was not the
news I wanted.

“I’m no expert, but sometimes the best approach to these things is to give the other person time.”