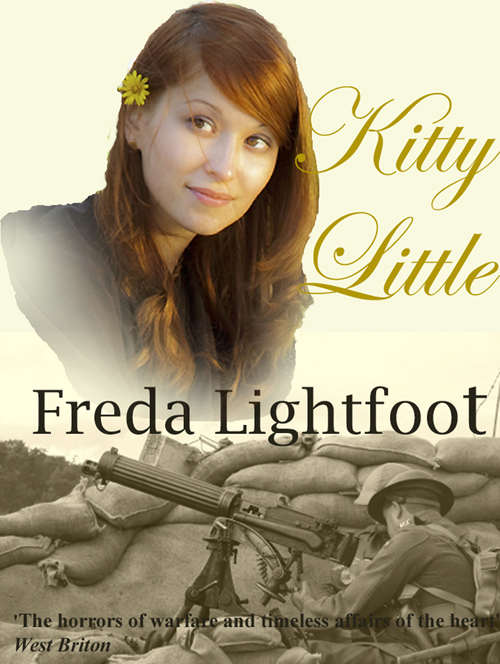 No part of this publication may be reproduced, stored in a retrieval system, or transmitted in any form or by any means without the prior permission in writing of the publisher. Nor be otherwise circulated in any form of binding or cover other than that in which it is published and without a similar condition including this condition being imposed on the subsequent purchaser. All characters and events in this publication, other than those clearly in the public domain, are fictitious and any resemblance to real persons, living or dead, is purely coincidental.

Katherine Terry is fleeing from a marriage her ambitious mother has arranged for her, as well as a scandal that threatens to wreck her own life and the happiness of those she loves. Charlotte Gilpin can have any man she wants, and she wants Archie - whoever is standing in her way. Esme Bield is weary of a life filled with the placid duty she has known as a parson’s daughter; but can the quiet, trusting girl cope with the reality of a wider world?

Against the theatrical backdrop of the Lakes, a real-life drama is played out: One that threatens to destroy the very dream that brought them together, and the close friendship they once enjoyed. Three girls seeking escape. Each captivated by the idea of a travelling theatre. Each pretending to be someone she is not. All are in love with the same man . . .

Another heartwarming tale from a master story-teller.

a compelling and fascinating tale

She piles horror on horror - rape, torture, sexual humiliation, incest, suicide - but she keeps you reading! Jay Dixon on House of Angels.

South Wales Evening Post
on The Girl From Poorhouse Lane

‘a fascinating, richly detailed setting with a dramatic plot brimming with enough scandal, passion, and danger for a Jackie Collins’ novel.’

A bombshell of an unsuspected secret rounds off a romantic saga narrated with pace and purpose and fuelled by conflict.

The Keswick Reminder
on The Bobbin Girls

paints a vivid picture of life on the fells during the war. Enhanced by fine historical detail and strong characterisation it is an endearing story...’

‘An inspiring novel about accepting change and bravely facing the future.’

London and the Lakes

The girl standing in the theatre lobby seemed oblivious to the crowds milling and jostling about her. A young man inadvertently knocked her elbow and a stream of wine slopped over the rim of her glass to splash the extravagant silken folds of her new gown. Not that she noticed. Nor did she pay any heed to her attentive young escort who took the offender to task on her behalf. She was examining the photographs that lined the panelled walls. A lively scene from
Charley’s Aunt
, the riotous comedy of
She Stoops to Conquer
recently performed at the Coronet Theatre; Vesta Tilley, Little Tich, Harry Lauder and other music hall favourites, and the aristocratic figure of Henry Irving playing
Hamlet
.
She stood before them all, enthralled.

But her face, with its open, friendly aspect, seemed quite at odds with the sophisticated image the dress presented. Quite bare of powder or the current daring fashion for rouge, some might consider it to be the face of a strong woman. A more shrewd observer would notice deep blue shadows and the faintest hint of fine lines, which should hardly be present in one who’d barely attained maturity, displaying evidence of many sleepless nights. It was, unquestionably, the face of someone who has known too early in life inordinate pain and the value of compromise.

In truth very few people noticed her either, or paid her the slightest attention, being too tall and ungainly to be considered a classic beauty. Even the hair, undoubtedly glossy and of a deep, dark brown, was plainly styled in twin plaited coils that formed ear muffs nestling against the dome of each pink cheek. The eyes, a deep velvety brown, were commendably alert and questioning, but the lashes were neither long nor curling, being rather short and functional.

This was evidently a young woman afraid to make the best of herself in case she should inadvertently reveal her vulnerability.

Only the dress might have excited interest, and had certainly been purchased by her socially aspiring mother with that purpose in mind. It was meant to take the wearer without shame or ridicule to any social event a busy diary might throw up, hopefully attracting attention in the right quarters.

Undoubtedly exquisite, and of the purest silk, it was a wondrous example of the dressmaker’s skill and artifice. Encrusted with bugle beads and rows of tiny, non-functional buttons, the boned bodice sported a daringly low-cut neckline, and the multi-layers of the draped silk voile skirt, floated light as air against her legs.

When Kitty had first seen the dress in the dressmaker’s boudoir she’d refused, absolutely, to wear it.

‘It’s a symphony in blues and lavender, Katherine dear,’ her mother had insisted, quoting the fanciful language of the dressmaker in the posh voice she always adopted whenever she felt outclassed. ‘You look a proper swank.’

Clara Terry, whose real name was Smith but which she’d changed in honour of the famous actress, Ellen Terry, smoothed a hand over the shimmering silk and, completely ignoring the scowl on her daughter’s face, added, ‘I picked this design out special, ‘cause that’s what yer wears for half mourning, ain’t it?’

‘I shall feel dreadfully overdressed.'

‘Go on wiv yer. Draped skirts are all the rage this year.’

‘An excellent reason for me not to wear one then. Anyway, I don’t know that I even wish to go.’

Clara had registered utter shock and disbelief at this remark. ‘Hark at ‘er? What a bleedin’ tale that is. Loves the theeayter she does.’ She made no mention of having invested a small fortune in goodwill and hot dinners persuading Frank Cussins to come up trumps and buy an engagement ring for her darling girl. The theatre tickets had been a part of her strategy of inducement. They were the best seats in the stalls and had cost her a mint of money.

Clara had liked young Frank from the start, for all he was a bit pasty-faced. She’d let him have the best room in her Ealing lodging house, second floor front with a view over the common. The minute she’d sized up the solid state of his insurance business she’d made sure her Kitty was always the one to take up his tea or his hot shaving water. He’d taken quite a shine to the girl as a result. Took her up town regular, though he was close with his money and would as soon settle for a walk by the river or a cream tea at the Lyons Corner House, if left to his own devices. Men were like that. No imagination.

It had been Clara’s idea to celebrate the couple’s engagement with an evening at the theatre, knowing how much Kitty would love it. Not that she’d any intention of revealing this fact, better the girl think it her fiancé’s idea. Clara had adopted her most cajoling tones. ‘Course you must go, cherub. Frank has got tickets specially, ain’t he? It’s
Hullo Ragtime
,
what that American chap wrote, Irving Brussels.’

‘There y’are then, Duchess. Yer knows all about it, so yer wouldn’t want to miss it, would yer? Not when everyone says it’s a hit. You’ll look a proper duchess in that frock. Besides,’ Clara persisted, ‘You can’t hide yourself away. Raymond wouldn’t want you to. Life goes on.’

‘Who said life was fair, and don’t call me Ma, dearie. You know ‘ow I do detest it,’ Clara hissed under her breath. ‘We can’t bring him back, now can we? Nor be in mourning for ever. Life must...’

‘Don’t say it must go on, not again. I can’t bear it. How can we
go on
? I’m not in the mood for high jinks and parties. I can’t flirt and jazz, drink cocktails and act as if everything is fine, because everything isn’t fine. Raymond is
dead
.’ Kitty revealed in every sigh, every gesture, every irritable pluck of her fingertips upon the silk fabric, her desperate unhappiness.

Kitty hadn’t been near a theatre for over a year. Not since before the motor accident which had robbed her of a loving brother, when together they’d gone to see
Charley’s Aunt
with Raymond’s best friend, Archie. The beautiful eyes filled with tears. ‘I can’t do it. It’s
obscene
! Insensitive.’

Clara sighed. For all she regretted the death of her only son and had done her share of grieving these last months, she’d no intention of making it her life’s work, as Kitty seemed set on doing. But then the poor girl couldn’t help being soft as marsh mallow, disguise it as she may, and the two had been especially close, them being twins and all.

Tears were rolling down her cheeks and she was sweeping them angrily away. ‘I don’t deserve to enjoy myself, or to see new American musicals. It would be like a betrayal. How dare I even think to buy a new dress? I won’t go and that’s that.’

She’d begun to prise open loosely stitched buttons and scatter pins in every direction, sending the dressmaker scurrying about the room, picking them up as best she might. Clara, to her credit, had simply shaken her head in sorrow.

In the end Kitty had allowed herself to be persuaded. Oh, and wasn’t she glad? It had been the most wonderful experience of her life. Now the show was over and people were streaming out onto a wet London street and Kitty couldn’t bear to drag herself away.

The performance had been stunning, the costumes dazzling, the music foot-tapping, in particular
Alexander’s Ragtime Band
which she could hardly stop humming. There she’d sat, very straight and proper in her elegant gown in the orchestra stalls, feeling as if she were up there with the actors on that stage, living every scene along with them. The whole atmosphere of the theatre had been thrilling and exciting. Simply to experience row upon row of delighted, happy people laughing, applauding and singing, felt as if for the first time since Raymond’s death she was vividly and stupendously alive.

Kitty bestowed a dazzling smile upon the ever-patient Frank in his shiny suit and stiff collar, despite his somehow having managed to irritate her beyond endurance all evening by attempting to anticipate her every need. She felt suffused with guilt since it was their engagement night after all. For a fleeting second the smile transformed her, making the fine lines vanish, winging the eyebrows upwards and seeming to lengthen the laughing eyes into a delightful almond shape, endowing the face with a radiant and unusual beauty.