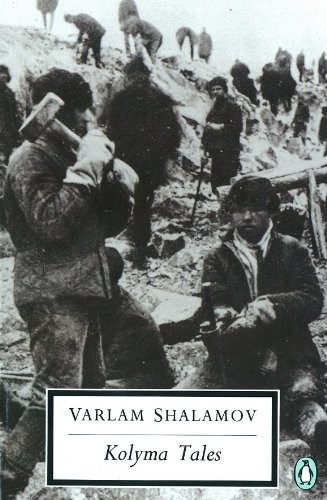 Varlam Tikhonovich Shalamov was born in 1907. A prose writer and poet, he has become known chiefly for his
Kolyma Tales
, in which he describes life in the Soviet forced-labour camps in north eastern Siberia. It is a theme he returns to in a second collection of stories,
Graphite
.

Shalamov was arrested for some unknown ‘crime’ in 1929 when he was only twenty-two and a student at the law school of Moscow University. He was sentenced to three years in Solovki, a former monastery that had been confiscated from the Church and converted into a concentration camp. In 1937 he was arrested again and sentenced to five years in Kolyma. In 1942 his sentence was extended ‘till the end of the war’; in 1943 he received an additional ten-year sentence for having praised the effectiveness of the German army and having described Ivan Bunin, the Nobel laureate, as a ‘classic Russian writer’. He appears to have spent a total of seventeen years in Kolyma.

Shalamov did manage to smuggle
Kolyma Tales
out to the West, and they were published in German and French (and only much later in English). The Soviet authorities then forced him to sign a statement, published in
Literaturnaya gazeta
in 1972, in which he stated that the topic of
Kolyma Tales
was no longer relevant after the Twentieth Party Congress, ‘that he had never sent out any manuscripts, and that he was a loyal Soviet citizen’. Once Shalamov had renounced
Kolyma Tales
, he was permitted to publish his poems in the Soviet Union, and these began to appear in literary journals in 1956. Four small collections were published between 1961 and 1972. When he first came across an anthology of Shalamov’s poetry, Solzhenitsyn said that he ‘trembled as if he were meeting a brother’. Varlam Shalamov died in 1982.

John Glad is an associate professor in the department of Slavic Studies at the University of Maryland. His translation of
Kolyma Tales
was nominated for the American Book Award.

Translated from the Russian by
JOHN
GLAD

This collection published in Penguin Books 1994

The Procurator of Judea

Descendant of a Decembrist

Committees for the Poor

A Piece of Meat

Essays on the Criminal World

Women in the Criminal World

Resurrection of the Larch

The Life of Engineer Kipreev

In our positivistic civilization, one of the inappropriate compliments sometimes paid to literature is to reduce it to ‘artistic knowledge’. Not that such cognizance does not exist, but art is both more and less than knowledge. It is unique,
sui generis
, a thing in and of itself. And its experience is one of the precious justifications for our own existence.

While the work of art ‘enriches’ (another unsuitable analogy), at the same time it creates a postpartum sense of loss: the first experience is unique, an act never to be repeated – no matter how great the understanding and appreciation later achieved through the most intent study. If only we could erase from our minds the memory of our favorite books and return to the still unsuspected wonder contained in those works! When we recommend them to our friends, we do so in envy – that we cannot recreate that initial magic for ourselves. And the more we love a book, the greater is our own wistfulness. We cannot step into the same river twice, not so much because the river is different, but because we ourselves are in flux.

If you are about to read the stories of Varlam Shalamov for the first time, you are a person to be envied, a person whose life is about to be changed, a person who will envy others once you yourself have forded these waters.

Kolyma Tales
tell of life in the Soviet forced-labor camps and the stories are regarded by historians as important documentary materials. Nevertheless, the
Gulag
has many chroniclers, but only one Varlam Shalamov. This book can be profitably read as fictionalized history; the phrase ‘historical novel’ is itself a ‘historical accident’; history in literature is not limited to the larger genres. But
Kolyma Tales
is much more than that. If the camps had never existed, this volume, one of the great books of world literature, would be only the more astounding as a creation of the imagination.

Separated from Alaska by the 55-mile wide Bering Strait, Kolyma was first used as a place of exile and a source of gold under the Czars. In 1853, for example, the Czarist official Muraviov-Amurski was able to send to St Petersburg three tons of gold mined by convict labor. Over half a century later the Soviet Union, the world’s second largest gold producer, also exploited Kolyma as an enormous prison, where the principal occupation was gold-mining.

It is extraordinarily difficult to come up with a reliable estimate of the total number of political victims during the Soviet period. On 6 April 1990 the Soviet general and historian Dmitry Volkogonov, during a lecture delivered at the Pentagon, gave a preliminary estimate of the total number of ‘repressed persons’ (those imprisoned and/or murdered): 22.5 million. The estimates of some non-Soviet historians run considerably higher. If we speak only of Kolyma, there is a 1949 estimate by the Polish historian Kazimierz Zamorski of 3 million people exiled there, not more than 500,000 of whom supposedly survived.
1
In 1978 Robert Conquest estimated that 3 million people met their deaths in Kolyma – certainly not fewer than 2 million.
2
It is hard to grasp such figures.

The years 1937–9 were the period of the Great Purges. Millions of people were arrested, held for months in appalling prison conditions, tried on trumped-up charges and either executed or shipped to Siberia. Emaciated as a result of a hopelessly inadequate diet, denied even sufficient drinking water and toilet facilities, freezing from the cold, they would arrive at the Siberian ports of Vladivostok, Vanino or Nakhodka after a rail trip that lasted between thirty and forty days. There they were held in transit camps for varying periods of time.

Typhus epidemics killed many. Those who survived were sent by ship from the ‘mainland’, for the transit camps served as slave markets for the mining operations in Kolyma. Some of the mines employed agents to identify those prisoners most capable of work. Other mines simply had standing orders for a fixed number of new prisoners each year. The high mortality rate in Kolyma made for a constant shortage of manpower.

The ships used to transport prisoners to Kolyma were purchased in England, Holland and Sweden and formerly bore names such as the
Puget Sound
and the
Commercial Quaker
. Their builders had never intended them to carry passengers, but their Soviet purchasers found their capacious holds ideally suited for human cargo. In the freezing weather prisoners could easily be controlled by the use of fire pumps.

The Flame by Christopher Rice
Highland Heat by Mary Wine
The Convalescent by Anthony, Jessica
The Billionaire Date by Leigh Michaels
Storming the Castle by Eloisa James
Dead or Alive by Burns, Trevion
Beyond the Grave by C. J. Archer
Treasure of the Golden Cheetah by Suzanne Arruda
Ruined by Rena Grace
Timeless Passion: 10 Historical Romances To Savor by Rue Allyn